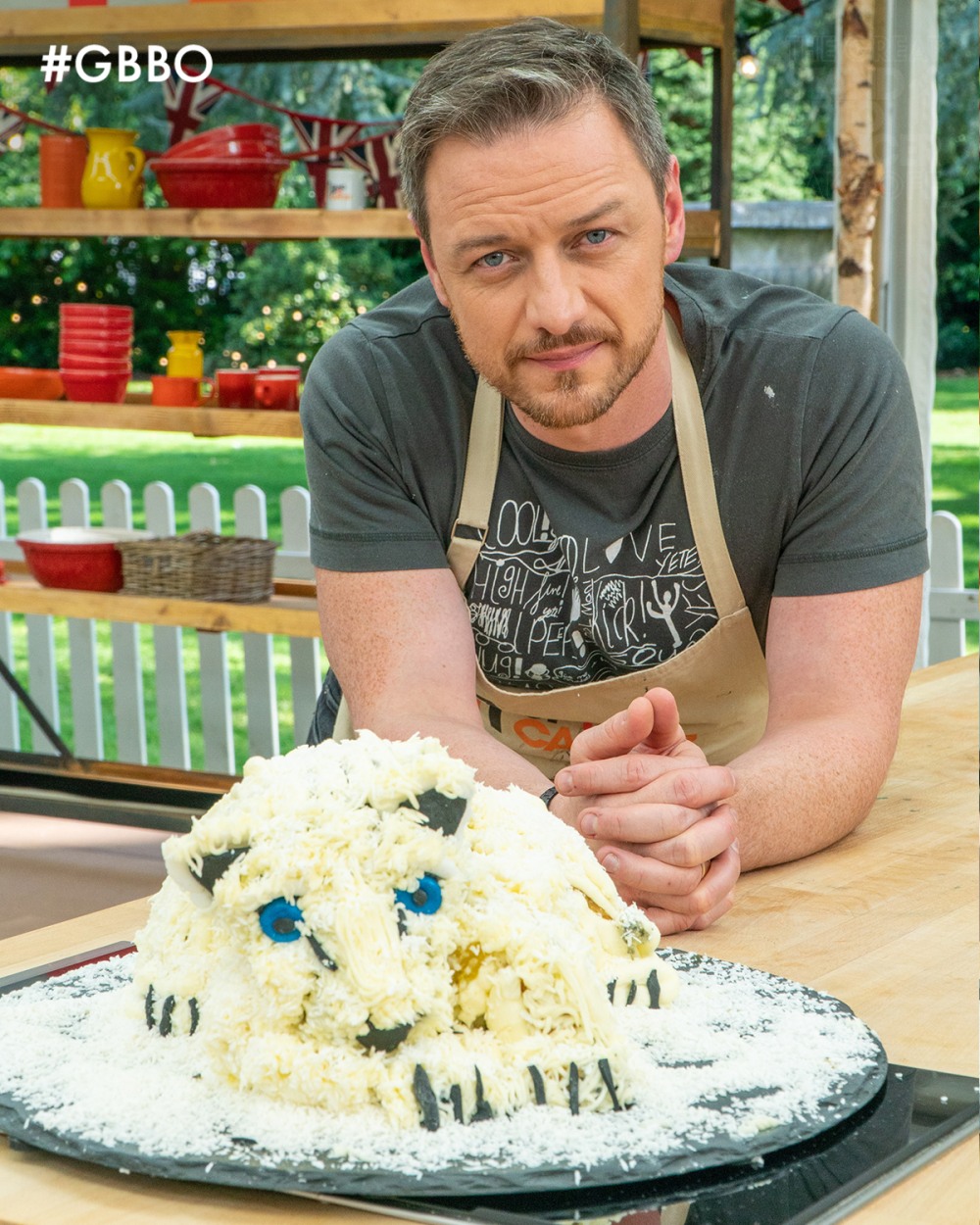 Every year, there’s huge British celebrity involvement in their Stand Up to Cancer events and programming. There have been hilarious skits performed over the years, often with A-listers and well-known TV programs allowing the charity event to “borrow” their format. For this year’s SU2C programming, they’re borrowing the Great British Bake-Off tent and using celebrity contestants. Contestants like… Mr. James McAvoy, the Hot Scottish Muffin. What was charming about this is that McAvoy took it seriously and he was actually baking his stuff and being evaluated – in real time, like on the show – by Paul Hollywood and all of the judges. Here are the clips GBBO posted:

He came. He baked. He dished out rum.
Here’s how legendary actor James McAvoy got on in the Bake Off Tent… #GBBO pic.twitter.com/viTlTVvzuc

Is there anything hotter than a good-looking Scottish bloke who knows his way around the GBBO kitchen? Just the fact that he could follow a recipe was enough for me, but the fact that Paul Hollywood was so impressed with James’ cooking skills took me over the edge. I love all of it! More celebrity bakers! This shouldn’t just be a one-time charity thing, they should really do an all-celebrity season and have the proceeds go to charity or something. It would be a massive success.

A leopard, a bear, a cat and a cheeky monkey! Here’s how @Baddiel, @annemarie, @damekellyholmes and James McAvoy represented themselves in animal form for our marble cake showstopper challenge! 👏👏👏👏 #GBBO pic.twitter.com/zxnRyXinjm

Glass 2 starring James McAvoy is a bit more literal than what we expected. #GBBO pic.twitter.com/4q9IpS3g4o

45 Responses to “Hot Guy Friday: James McAvoy was a star baker on the ‘Great British Bake-Off’”