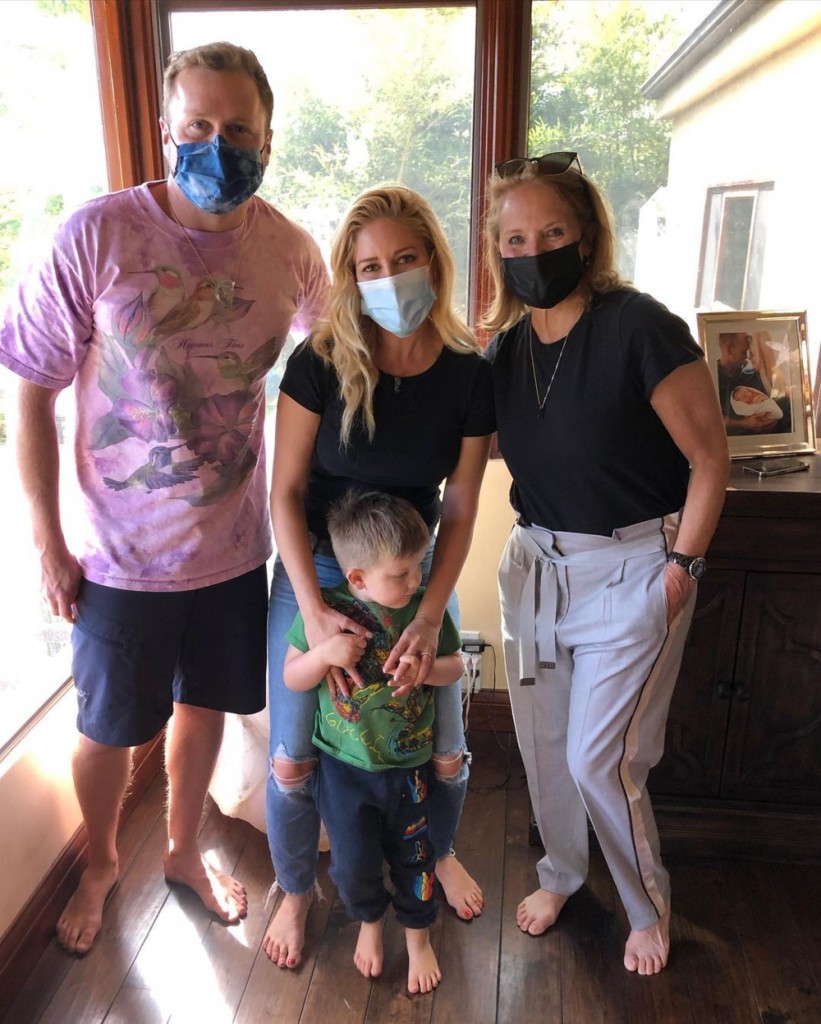 Of all the ways in which Spencer Pratt annoys me, and there are many, his fascination with hummingbirds is something I can get on board with. Animal preservation is important, Spencer values birds and his dedication to them is heartwarming. Apparently Katie Couric agrees. She recently paid Spencer and wife Heidi Montag a visit at his home-grown hummingbird oasis. According to Katie, who appeared on the Ellen DeGeneres show, there are “millions of hummingbirds on their terrace.”

Katie Couric credits Spencer Pratt for allowing her to experience one of the “coolest” things she’s ever done.

During a new episode of The Ellen DeGeneres Show, airing Thursday, the award-winning journalist revealed that she recently visited Pratt’s home after DMing him to ask if she could come over to see his flock of hummingbirds.

Couric, 64, said that her daughter, Ellie, informed her that Pratt and his wife, Heidi Montag, “love hummingbirds” and many of the birds flock outside the couple’s home.

“So I DMed him on Instagram, and I said, ‘Hi Spencer Pratt, can I come over to see your hummingbirds?’ and he said, ‘Sure Katie Couric come on over!’ ” Couric told host Ellen DeGeneres. “So I went to their house and they have millions of hummingbirds on their terrace.”

Couric explained that Pratt, 37, “makes the nectar every day with sugar and water” to attract the hummingbirds to his home.

“It was insane,” Couric said of the experience. “They’re little hand feeders and you fill them up with the sugar-water mixture. It was one of the coolest things I had ever done.”

As far as I can tell, Katie and her daughter Ellie really just went for their own curiosity, nobody was promoting or filming anything. In one of the videos Katie posted in her Instagram below, she asked Spencer what led to his hummingbird attraction. He said “first of all, everyone loves hummingbirds.” He has a point. I’m not a big bird person. I far prefer them outside and at a distance. But I get pretty giddy over a hummingbird. In a second video, Katie is able to capture a hummingbird sitting on her thumb while a second feeds from one of the little individual feeders Spencer uses to attract them. Katie’s also wearing one of Spencer’s flower hats that looks like a little flower garden with both silk flowers and his personal feeders throughout. You might talk me into a hummingbird on my thumb but I doubt I’m letting one dive-bomb my head, I don’t care how pretty they are.

Spencer and Heidi’s home looks like it’s atop a hill somewhere and their living room’s back wall is all windows. Their roof overhang is lined with feeders, all filled with Spencer’s homemade nectar. So they could spend a whole afternoon in their sun streaked living room, watching hummingbirds dance outside. I have to admit, that sounds fairly relaxing. My brother has two bird feeders outside his living room window. Watching all the birds coming and going is one of the highlights of our family Zoom. Don’t tell my family I said the birds were more interesting than they were, but you know what I mean. CB put up a bird feeder she suggested and said she’s thrilled with all the birds that feed there. I’ll bet Spencer and Heidi’s son Gunner loves having all those beautiful birds flying around and it’s teaching him to respect nature at a young age. Like I said, hummingbird is a a nice shade on Spencer. 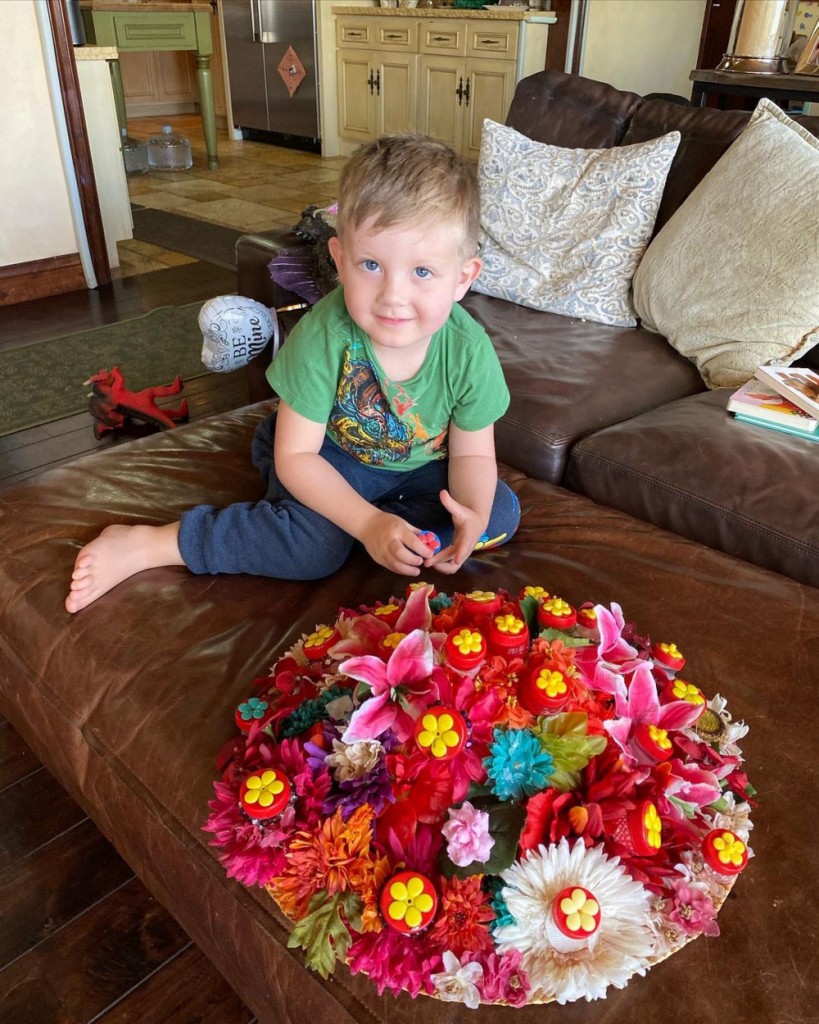