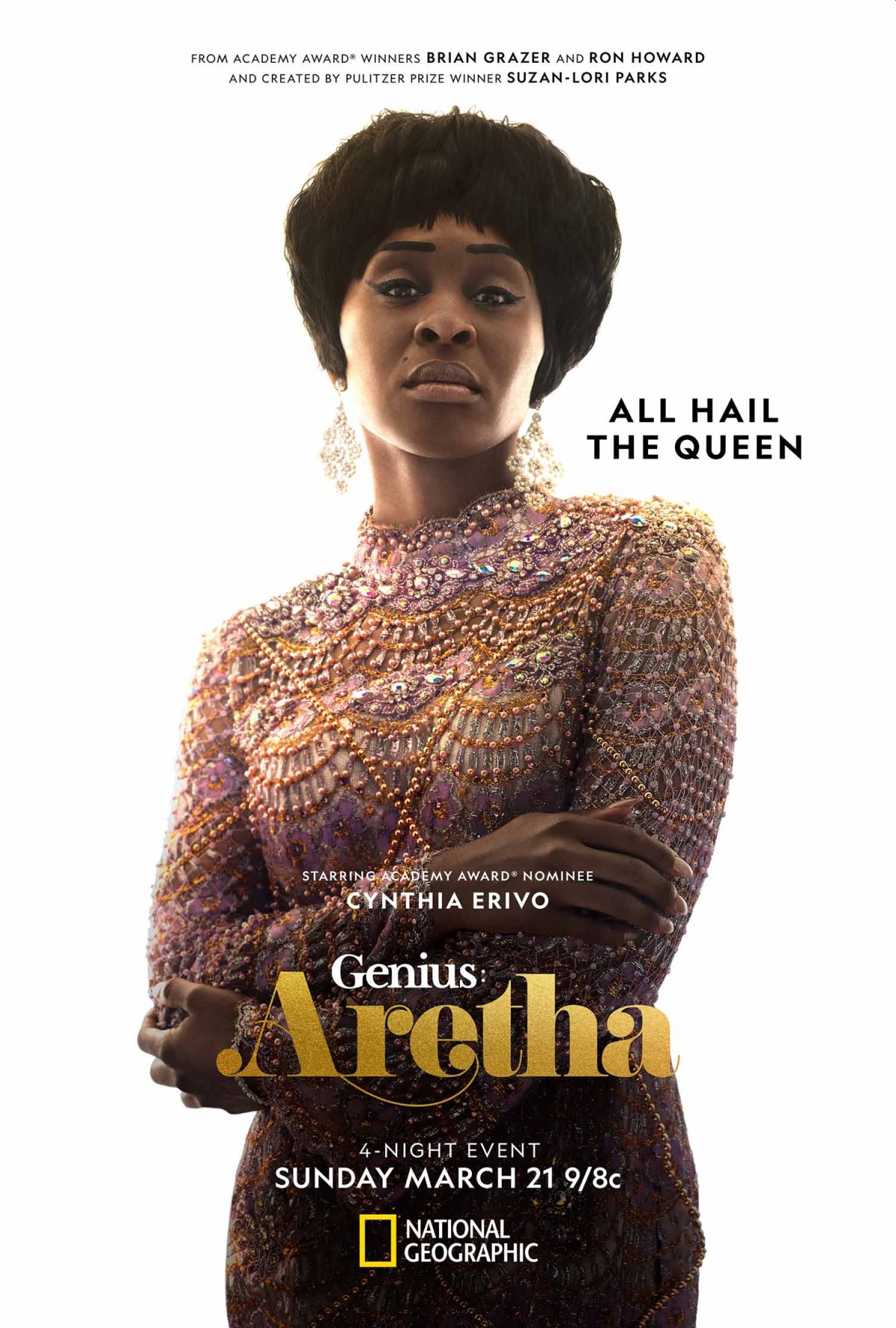 National Geographic has begun airing Genius: Aretha. It’s their new miniseries about the life and times of Aretha Franklin, and Cynthia Erivo plays Aretha. Let’s start there! Erivo just played Harriet Tubman a few years ago and there was some criticism that she didn’t look anything like Tubman, and that producers should have tried harder to find an American woman to play such an iconic American (Erivo is British). Now she’s playing Aretha, another iconic American? Eh. But it turns out that the real drama is between Aretha’s family and NatGeo. This production didn’t want any input from the Franklin family.

There may be two Aretha Franklin biopics coming out this year, but only one so far is getting an endorsement from members of the Queen of Soul’s immediate family. Earlier this week, the late singer’s granddaughter, Grace Franklin, posted a TikTok of her family protesting the release of Genius: Aretha, NatGeo’s four-part series starring Oscar-nominated actress Cynthia Erivo as Aretha. The series, for which Pulitzer Prize–winning playwright Suzan-Lori Parks is showrunner, premieres on Sunday. In the clip, she’s chanting along with her parents, siblings, and friends, “This movie has to go! This movie has to go!”

“As the immediate family, we feel that it’s important to be involved with any biopic of my grandma’s life, as it’s hard to get any accurate depiction of anyone’s life without speaking to the ones closest to them,” she says later in the clip. “During the process of writing, directing, and filming this movie, we’ve reached out to Genius as a family on multiple occasions where we have been disrespected and told we will not be worked with. As the immediate family — emphasis on immediate — we do not support this film and we ask that you also do not support this film, as we feel extremely disrespected, and we feel there will be many inaccuracies about my grandmother’s life.”

In a phone call on Friday, her father and Aretha’s son Kecalf Franklin supported his daughter’s words. “What we’ve found out in the past is that usually when people don’t want to work with you, that is a prelude to some type of unprofessional behavior or a prelude to some type of untruth or slander, so we’re not quite sure where we’re going to see in this series,” he tells Rolling Stone, adding that he has not yet seen any clips from Genius and will not be watching it Sunday. “That’s usually the case when people say that they don’t want to work with you.”

I mean… all of this. I don’t watch those NatGeo series because they seem like a nursery-school version of what actually happened. I don’t really even understand why NatGeo thinks they should be the channel to make these miniseries either? And if you’re going to barge in and make the series, why would you go out of your way to piss off the family? Yikes.

19 Responses to “Aretha Franklin’s family is not happy about NatGeo’s ‘Genius: Aretha’ series”