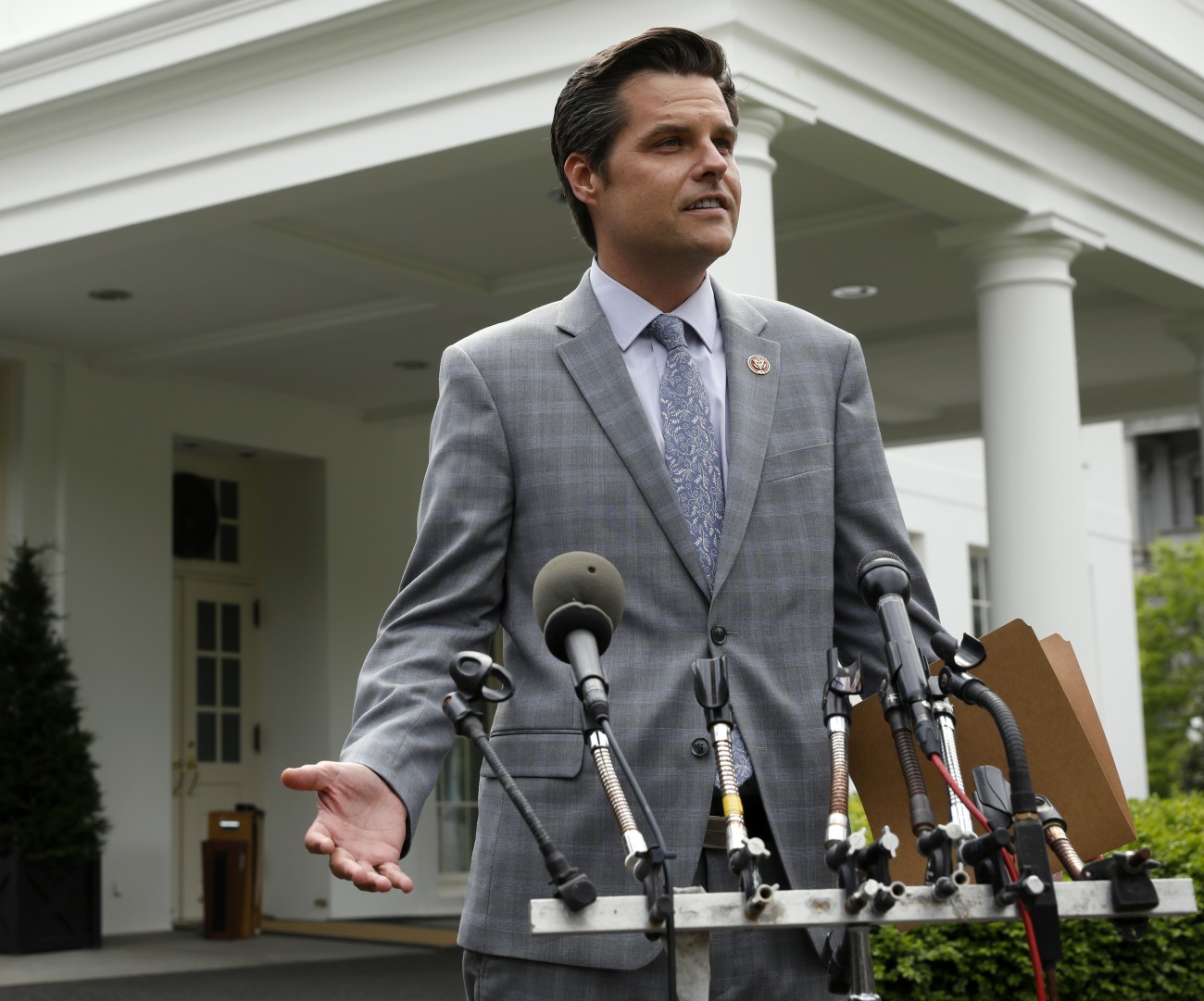 This week, we learned that Rep. Matt Gaetz – a MAGA Republican from Florida – is under federal investigation for human trafficking and the sexual abuse/misconduct of a 17-year-old. We also learned that the investigation began in the last month of the Trump “presidency,” while William Barr was nominally Attorney General, and that the FBI’s investigation is far-reaching and seemingly going beyond the one 17-year-old trafficking victim. To absolutely no one’s surprise, Gaetz was an even bigger scumbag than we understood. The NY Times reports that Gaetz worked with Joel Greenberg – a Florida tax collector – to find girls and women to have sex with, in exchange for hotel rooms, money and gifts.

A Justice Department investigation into Representative Matt Gaetz and an indicted Florida politician is focusing on their involvement with multiple women who were recruited online for sex and received cash payments, according to people close to the investigation and text messages and payment receipts reviewed by The New York Times.

Investigators believe Joel Greenberg, the former tax collector in Seminole County, Fla., who was indicted last year on a federal sex trafficking charge and other crimes, initially met the women through websites that connect people who go on dates in exchange for gifts, fine dining, travel and allowances, according to three people with knowledge of the encounters. Mr. Greenberg introduced the women to Mr. Gaetz, who also had sex with them, the people said.

One of the women who had sex with both men also agreed to have sex with an unidentified associate of theirs in Florida Republican politics, according to a person familiar with the arrangement. Mr. Greenberg had initially contacted her online and introduced her to Mr. Gaetz, the person said. Mr. Gaetz denied ever paying a woman for sex. The Justice Department inquiry is also examining whether Mr. Gaetz had sex with a 17-year-old girl and whether she received anything of material value, according to four people familiar with the investigation. The sex trafficking count against Mr. Greenberg involved the same girl, according to two people briefed on the investigation. The authorities have also investigated whether other men connected to Mr. Gaetz and Mr. Greenberg had sex with the 17-year-old, two of the people said.

The Times has reviewed receipts from Cash App, a mobile payments app, and Apple Pay that show payments from Mr. Gaetz and Mr. Greenberg to one of the women, and a payment from Mr. Greenberg to a second woman. The women told their friends that the payments were for sex with the two men, according to two people familiar with the conversations.

In encounters during 2019 and 2020, Mr. Gaetz and Mr. Greenberg instructed the women to meet at certain times and places, often at hotels around Florida, and would tell them the amount of money they were willing to pay, according to the messages and interviews. One person said that the men also paid in cash, sometimes withdrawn from a hotel ATM. Some of the men and women took ecstasy, an illegal mood-altering drug, before having sex, including Mr. Gaetz, two people familiar with the encounters said.

In some cases, Mr. Gaetz asked women to help find others who might be interested in having sex with him and his friends, according to two people familiar with those conversations. Should anyone inquire about their relationships, one person said, Mr. Gaetz told the women to say that he had paid for hotel rooms and dinners as part of their dates.

The F.B.I. has questioned multiple women involved in the encounters, including as recently as January, to establish details of their relationships with Mr. Gaetz and his friends, according to text messages and two people familiar with the interviews.

So, to summarize, Matt Gaetz and his partner in crime Joel Greenberg made arrangements to traffic teenage girls across state lines for statutory rape and prostitution. Gaetz paid the girls with cash via ATM withdrawals at hotels (bet he had to pay a fee) and via cash apps? Oh, and they were taking drugs too. If Gaetz was providing the drugs, that’s a whole other set of federal charges. And if all of this wasn’t enough, guess which Beavis-looking human trafficker also took photos and videos of the girls and women he trafficked? And guess who was showing those photos to other congressmen on the floor of the House?

Behind the scenes, Gaetz gained a reputation in Congress over his relationships with women and bragging about his sexual escapades to his colleagues, multiple sources told CNN. Gaetz allegedly showed off to other lawmakers photos and videos of nude women he said he had slept with, the sources told CNN, including while on the House floor. The sources, including two people directly shown the material, said Gaetz displayed the images of women on his phone and talked about having sex with them. One of the videos showed a naked woman with a hula hoop, according to one source. “It was a point of pride,” one of the sources said of Gaetz. 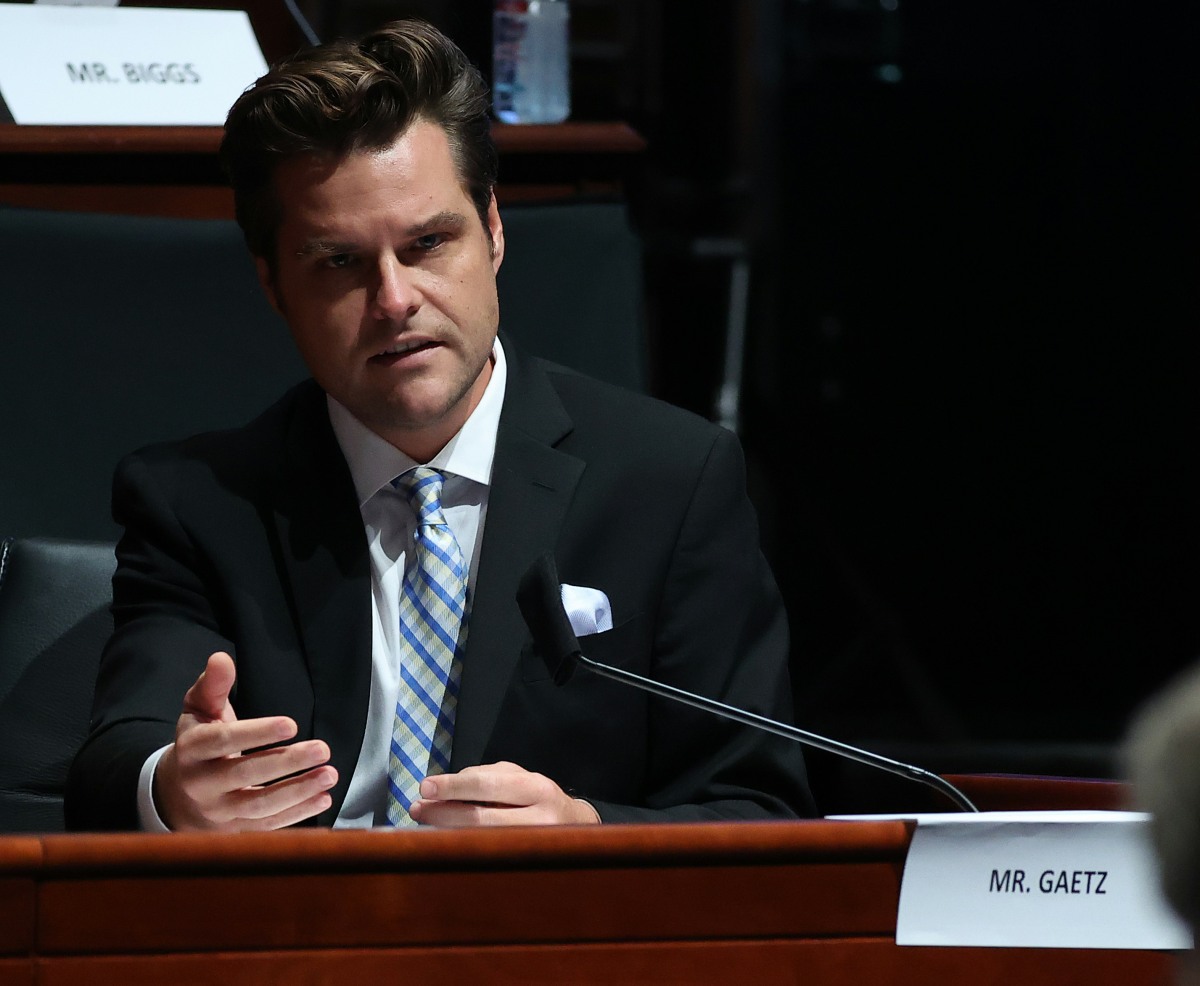