Glenn Close in an Armani tunic and pants at the Oscars: looks comfortable 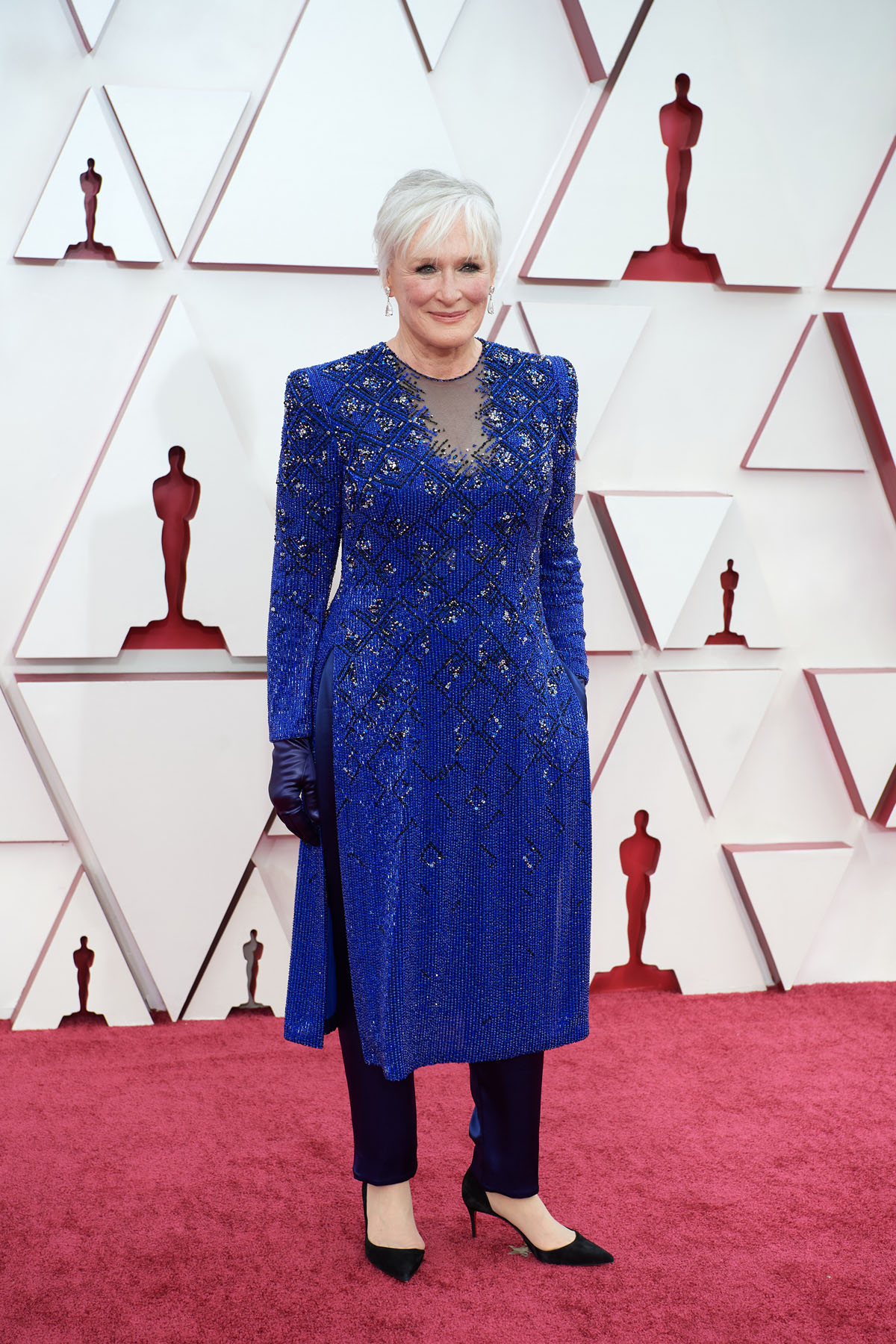 I felt bad for Glenn Close last night. She wasn’t going to win an Oscar for Hillbilly Elegy of all things, but it was her eighth nomination! She’s now one of the two most nominated actors without a win, and has now tied with Peter O’Toole. (O’Toole was given an honorary Oscar in 2003 and passed in 2013 at 81.) This outfit is kind of goofy with the pants and gloves, which were apparently Armani’s idea as a nod to his mom. They talked about the dress on E! and said it was silk and mesh with embroidered crystals and took three weeks to make. I like that she said screw it and just wore pants underneath. Glenn participated in a cheesy late-in-the-night music trivia bit with Lil Rel Howery. She supposedly knew all about the song “Da Butt,” from School Daze, and even did Da Butt afterwards. They really should have skipped that whole segment.

Youn Yuh-jung won for Best Supporting actress, for her work in Minari. During her acceptance speech she asked “how can I win over Glenn Close” and said that it wasn’t a competition because they were all in different roles. She was really endearing at The Oscars, as she’s been all season. She’s in Dior. I don’t have an ID on her costar, Han Ye-ri’s, red dress. In her red carpet interview on E!, Youn said she and Han were like family because they lived together in an Airbnb during filming ,which was sweet. 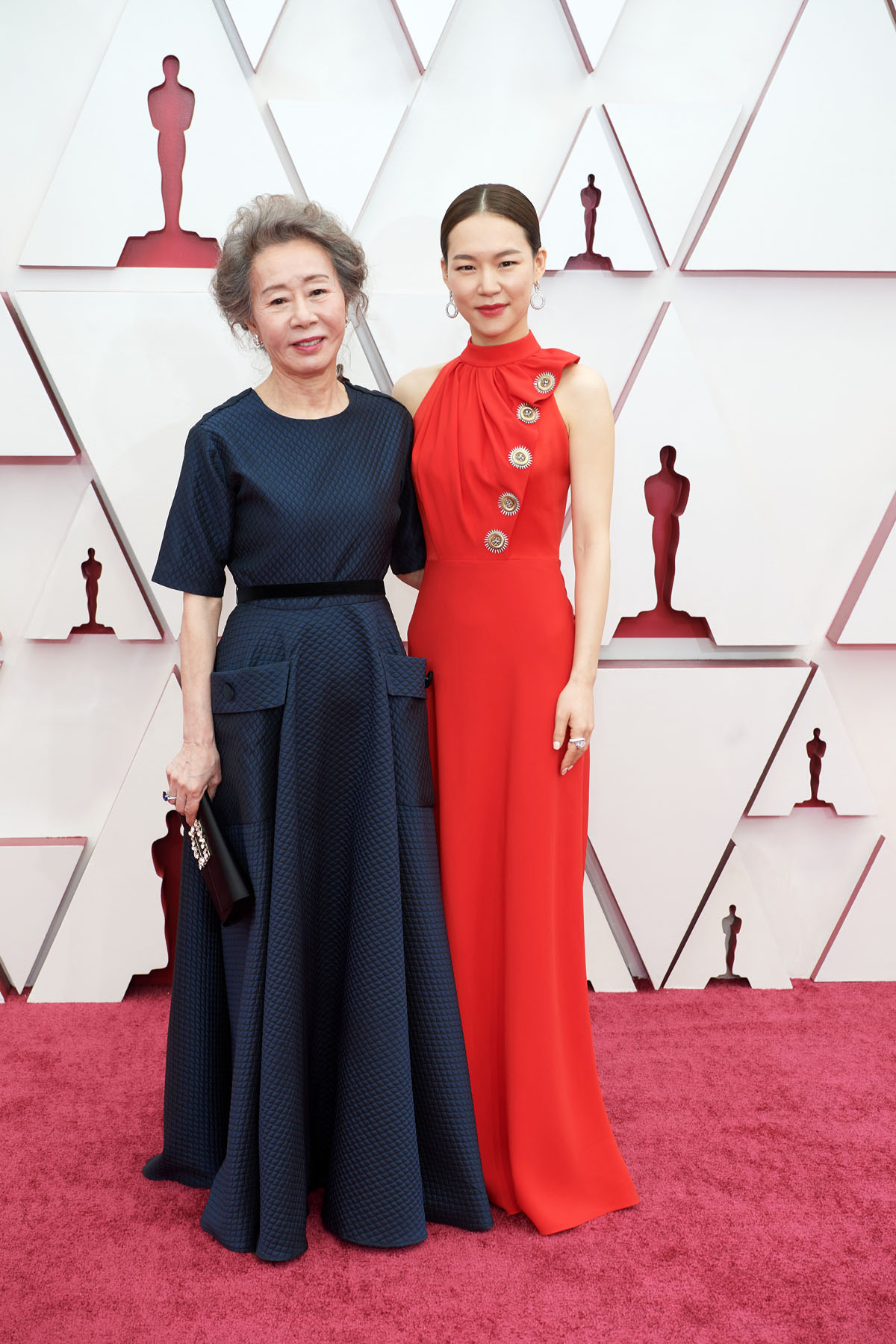 Isla Fisher was also in Dior. She was in Sydney with her husband, Sacha Baron Cohen, who was nominated for Best Supporting Actor for his work in Trial of the Chicago 7. Sacha looks so dorky in that white suit and brown jacket. 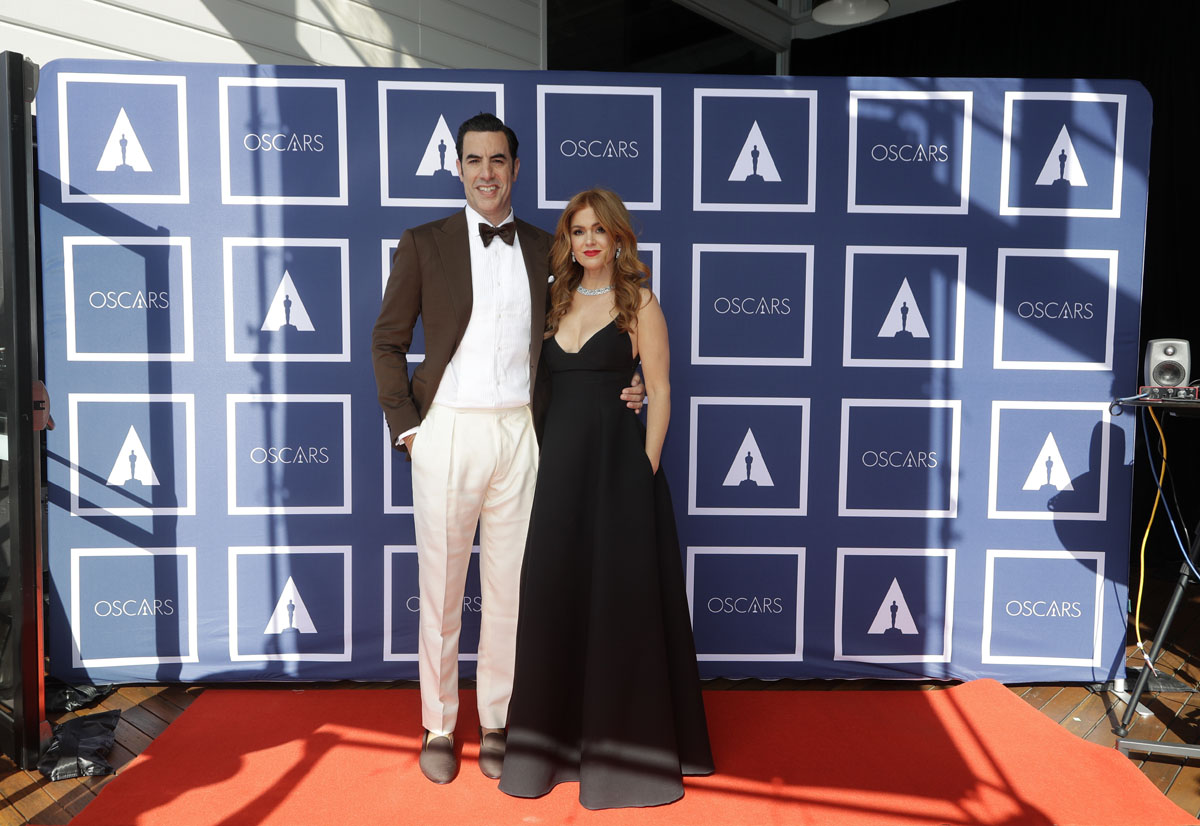 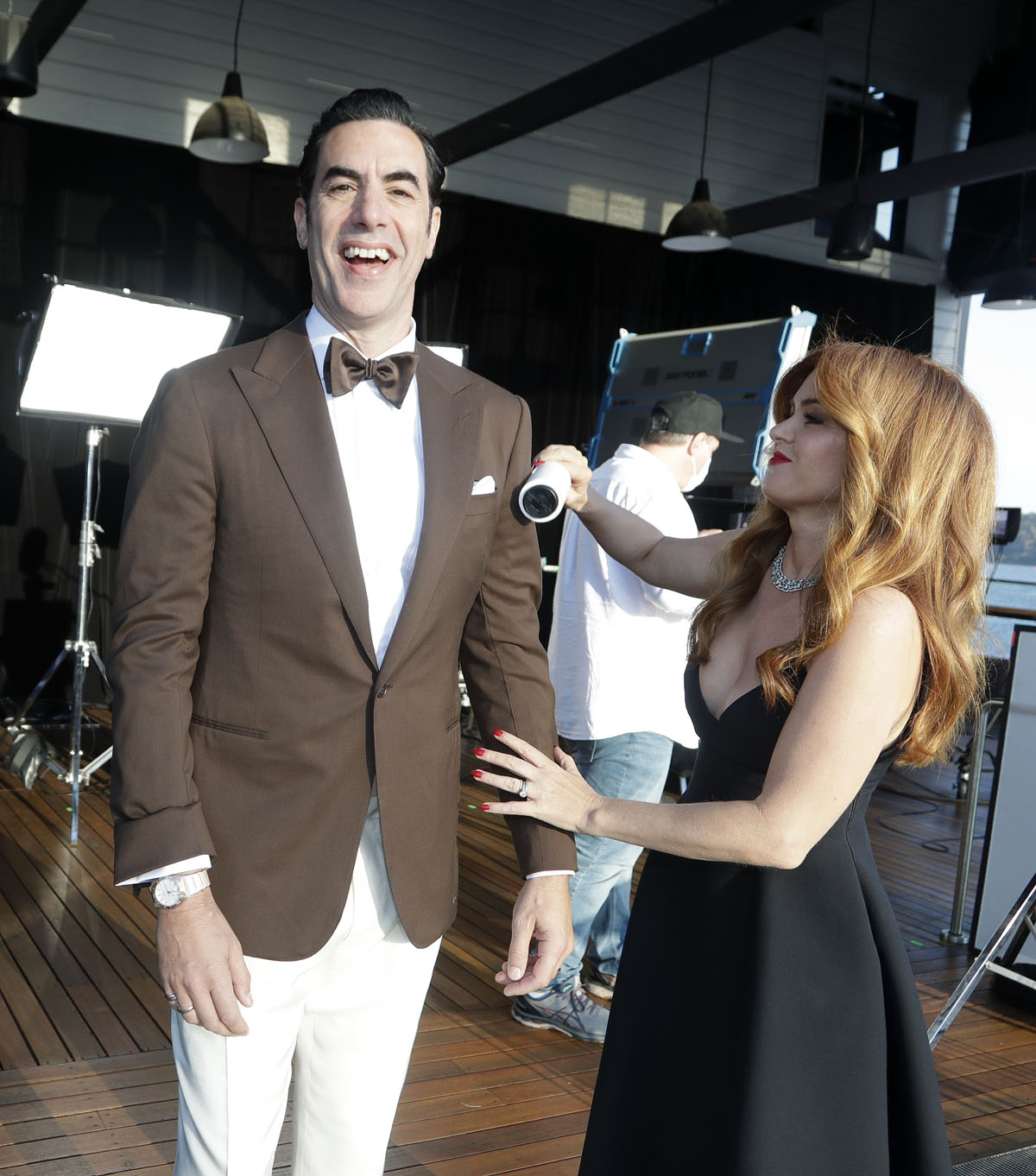 Chloe Zhao was in Hermes and I like that she was rocking white sneakers. She was there with her partner, Joshua James Richards, who is also a cinematographer who has worked with her on three films. 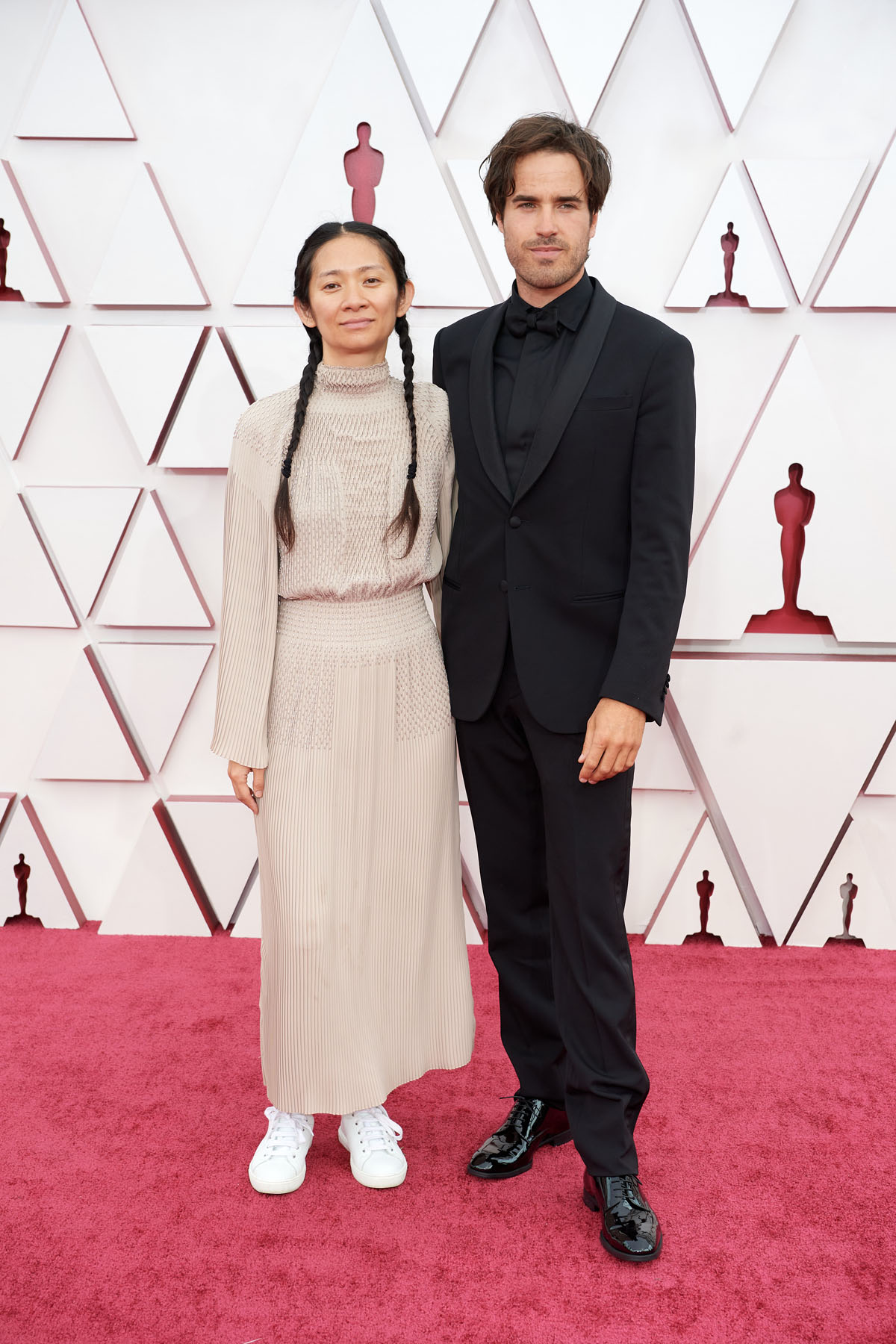 You could tell that Frances McDormand was not into winning Best Actress, it was her fourth Oscar out of seven nominations. When Nomadland won for Best Picture she said “we give this one to our wolf” and let out a loud howl. That was for Nomadland’s sound mixer, Michael Wolf Snyder, who passed away in March.

30 Responses to “Glenn Close in an Armani tunic and pants at the Oscars: looks comfortable”