Amanda Seyfried in red Armani at the 2021 Oscars: stunning or tulle tomato? 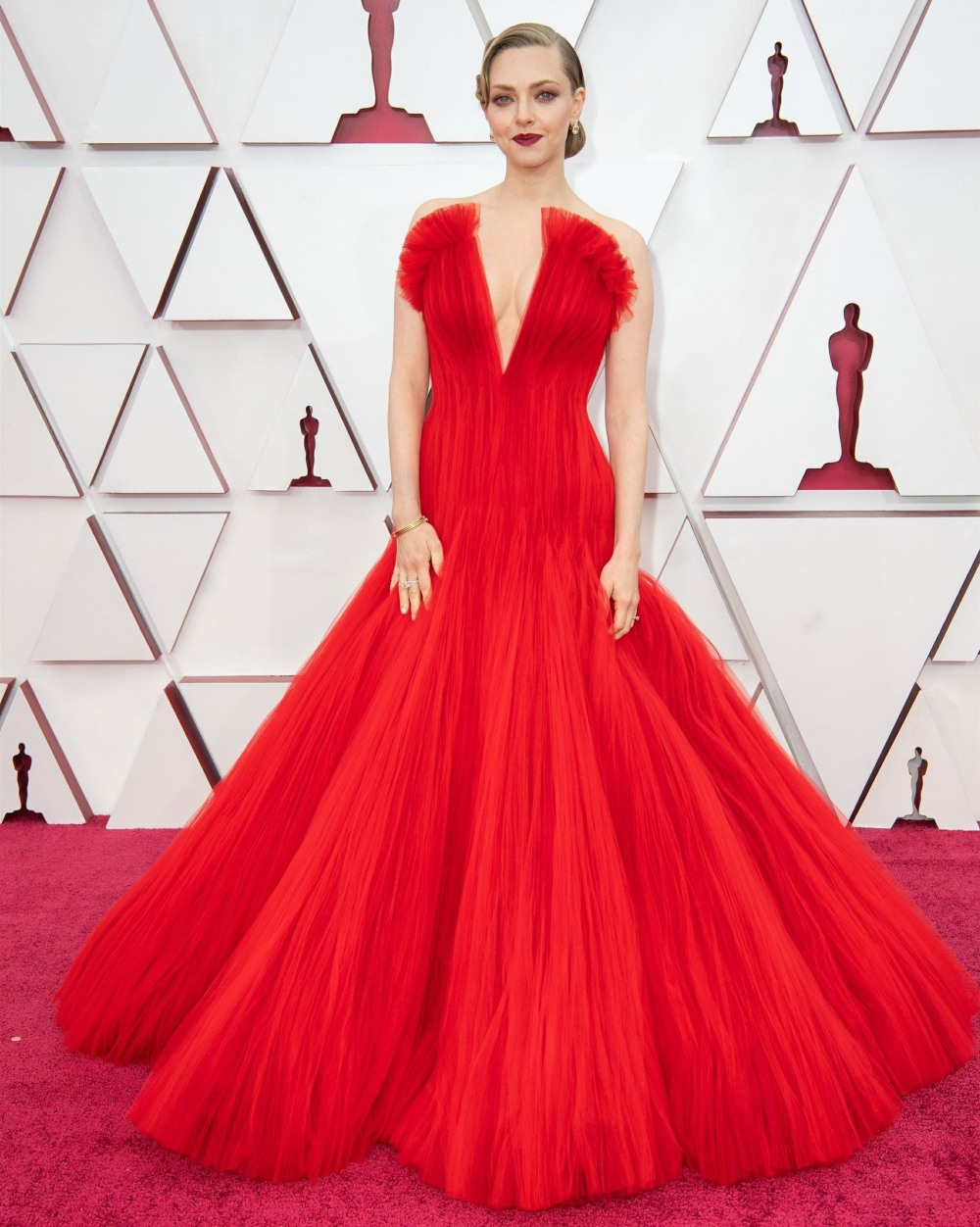 For me, Amanda Seyfried’s Armani gown might be a victim of the dreaded post-Oscar hangover. On the carpet last night, I was convinced that it was a great look, one of the best looks of the night. In the cold light of Monday morning, I’m not so sure? It was a big look and it was sure… red. She seemed very happy with it and her styling was impeccable. But the dress itself? I don’t know, maybe it isn’t so great after all. I think we’re all just starved for drama and big fashion moments. There’s just so much tulle!! 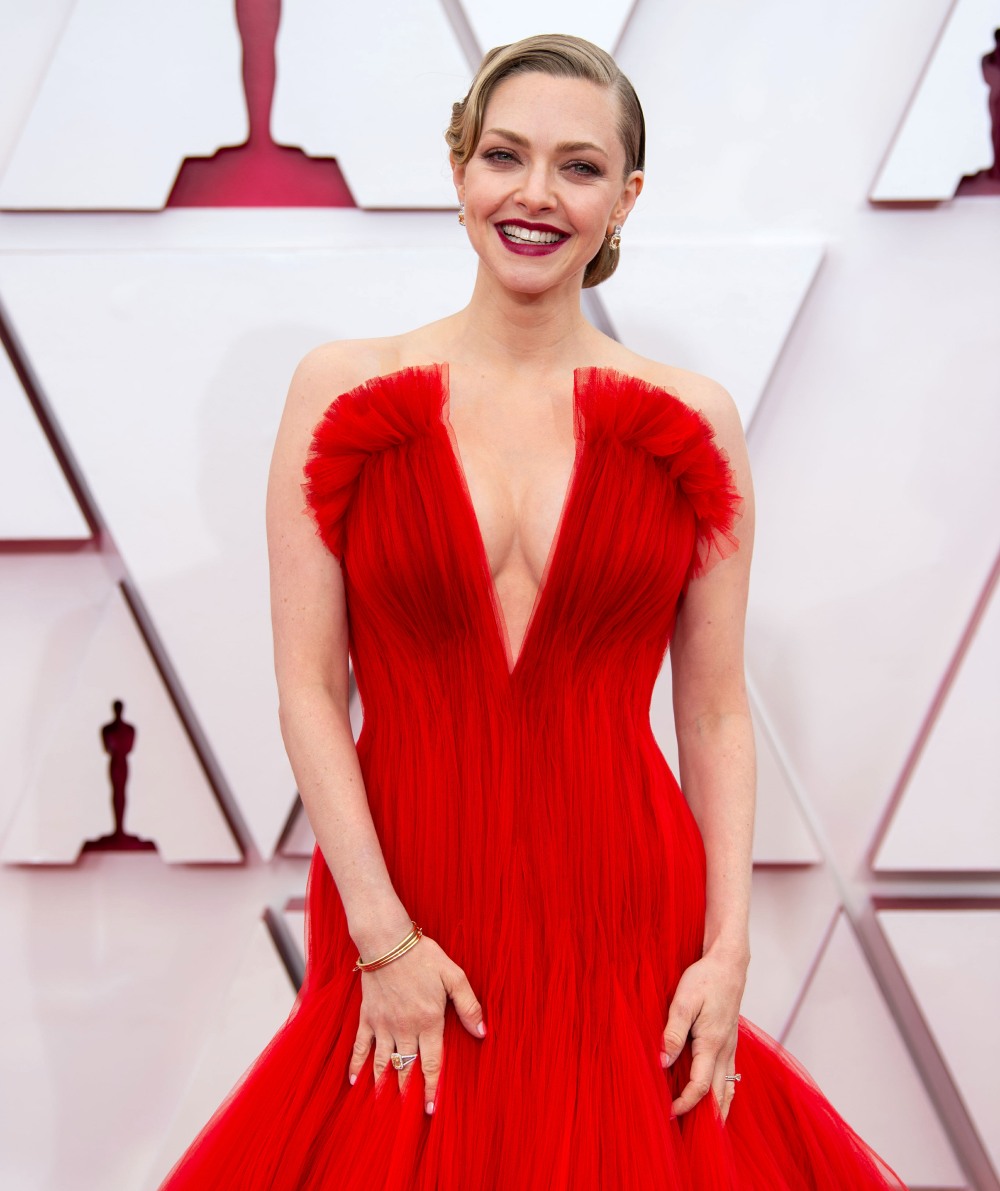 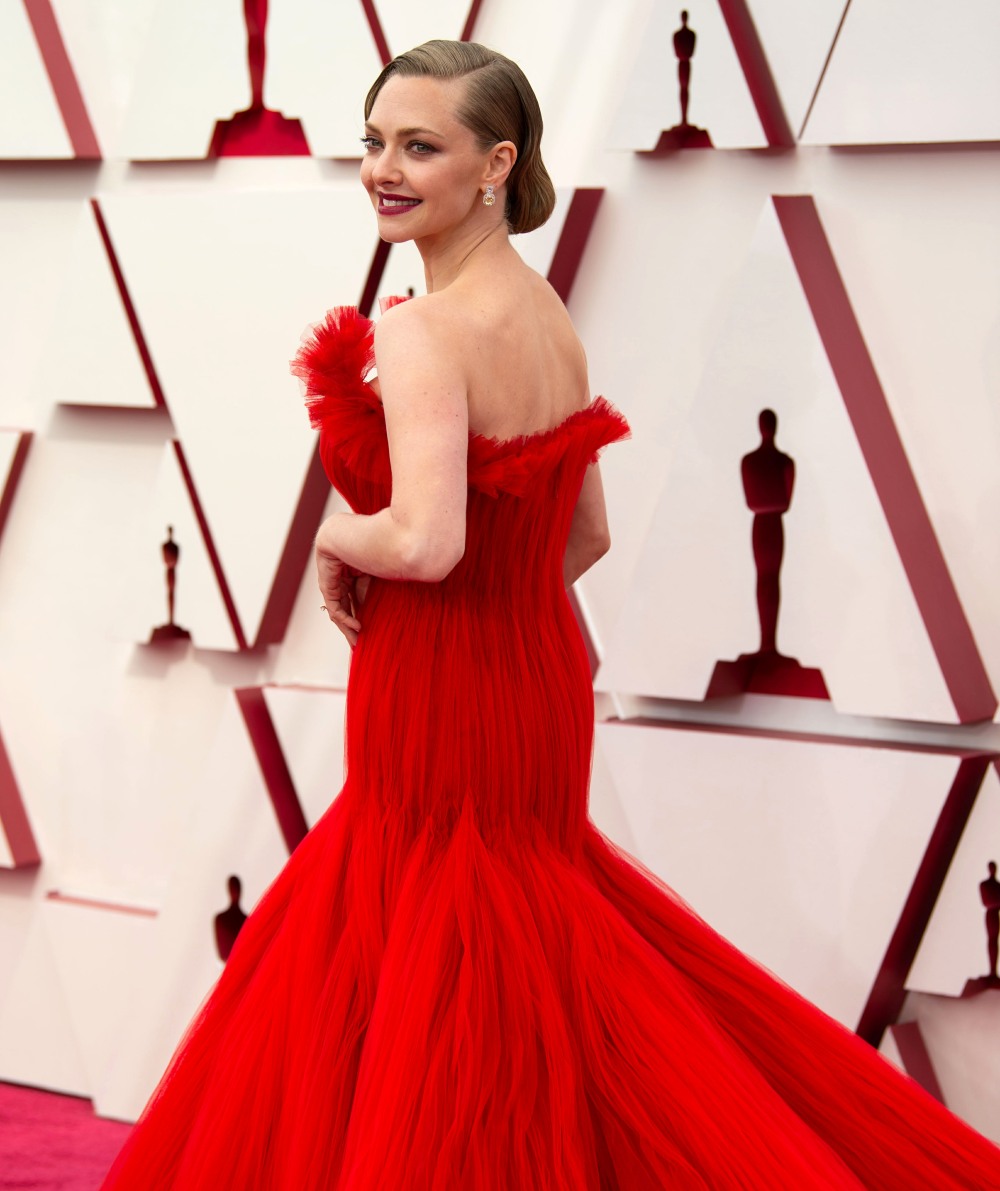 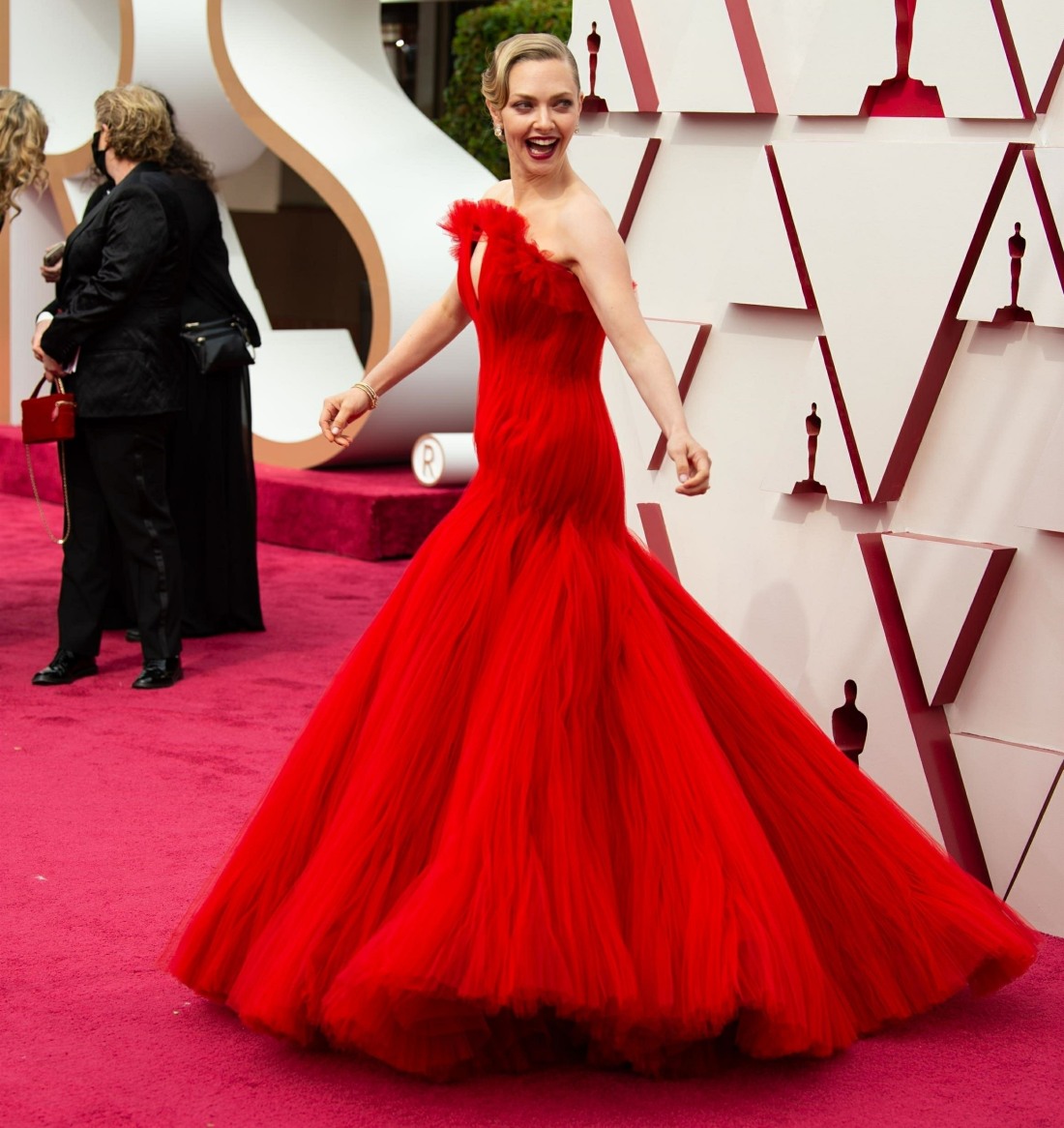 Tyler Perry also wore Armani to the Oscars, where he picked up his Jean Hersholt Humanitarian Award. I’ll admit that I zoned out during his speech because I was thinking about how he helped the Duke and Duchess of Sussex last year, how he provided them with security when Prince Charles yanked their royal protection, and how he let Harry, Meghan and Archie stay at his LA home. While it is without a doubt that Tyler is incredibly deserving of the Jean Hersholt Humanitarian Award, people had some issues with his “let’s meet in the middle” speech. I get it. But whatever, he still employs hundreds/thousands of Black creators and Black talent. He’s not a politician. I don’t think he’s trying to be, either. 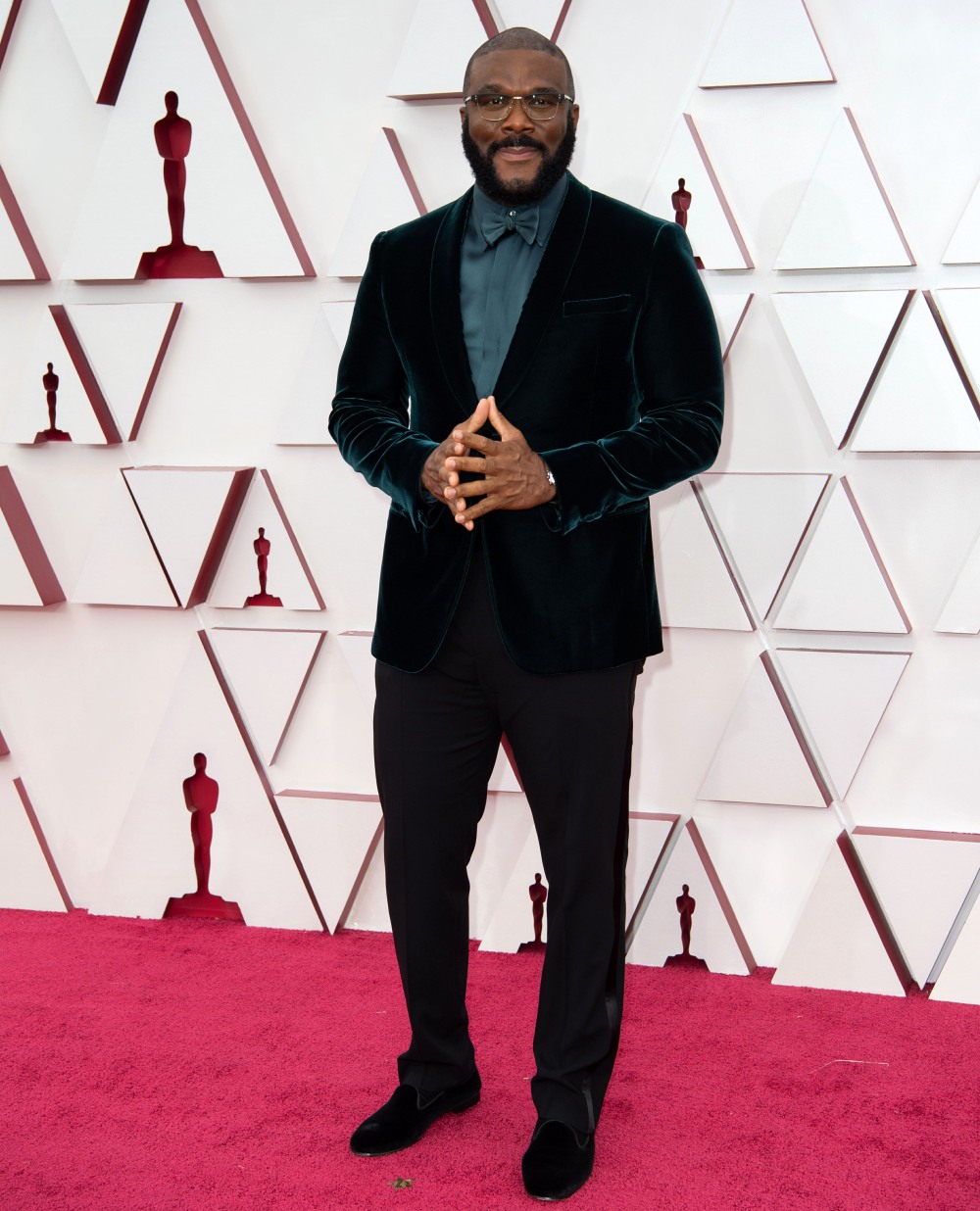 30 Responses to “Amanda Seyfried in red Armani at the 2021 Oscars: stunning or tulle tomato?”