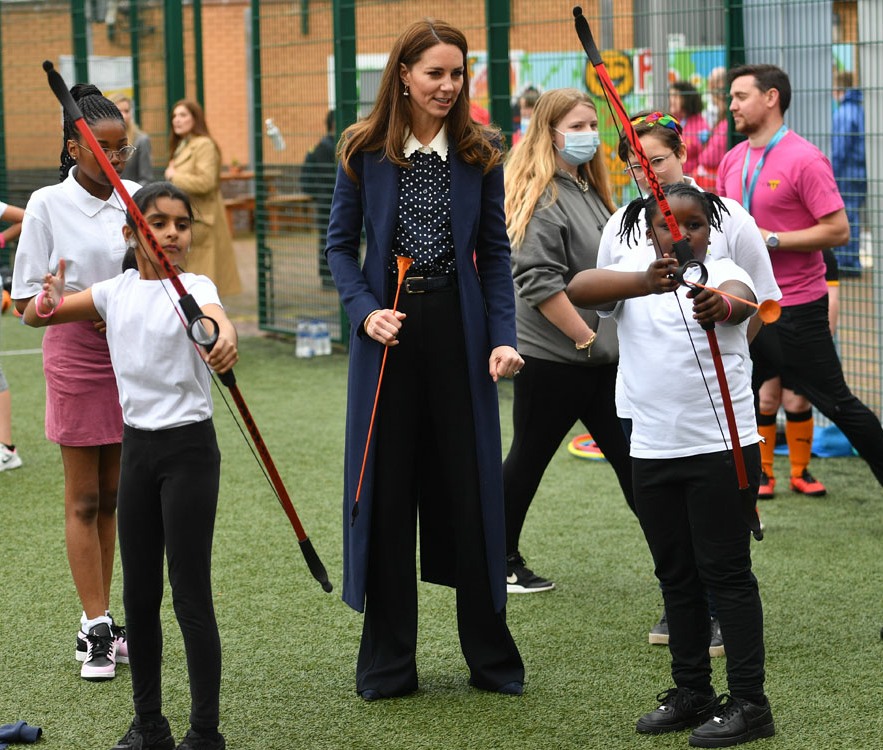 The Duke and Duchess of Cambridge stepped out today for their first in-person joint appearance since… the sheep, I think. William and Kate have had such a weird vibe this year with all of the joint appearances, and it’s mostly been William tagging along on Kate’s events, like no one trusts her to do solo events all of a sudden (or like William doesn’t have a lot going on). Today’s event was a stop by youth charity The Way Youth Zone in Wolverhampton. The focus is supposed to be Mental Health Awareness Week/Month, so Kate and William met with kids and Baldingham played some football.

Kate’s look here is notable because several pieces appear to be new-to-us. The blouse is from Tory Burch and it retails for $278. The trousers appear new to me, but I’m probably wrong. Kate did invest in some of several pairs of proper trousers with a wider leg a few years ago when she saw You Know Who wearing that style. These could totally be from that era. What’s really bugging me is the fact that her navy dress coat, trousers and blouse are all just a few shades “off” from each other. I know she loves blue and navy and she probably thinks that everything “matched.” But this would have been a great moment to go monochromatic with a navy blouse and navy trousers, and then pull out a lighter coat in white, red, purple or green. A lack of imagination when it comes to styling, as always. And I’ll always, always believe that she loves polka dots because they remind her of buttons.

Can’t wait to see Will and Kate vlog about their visit! 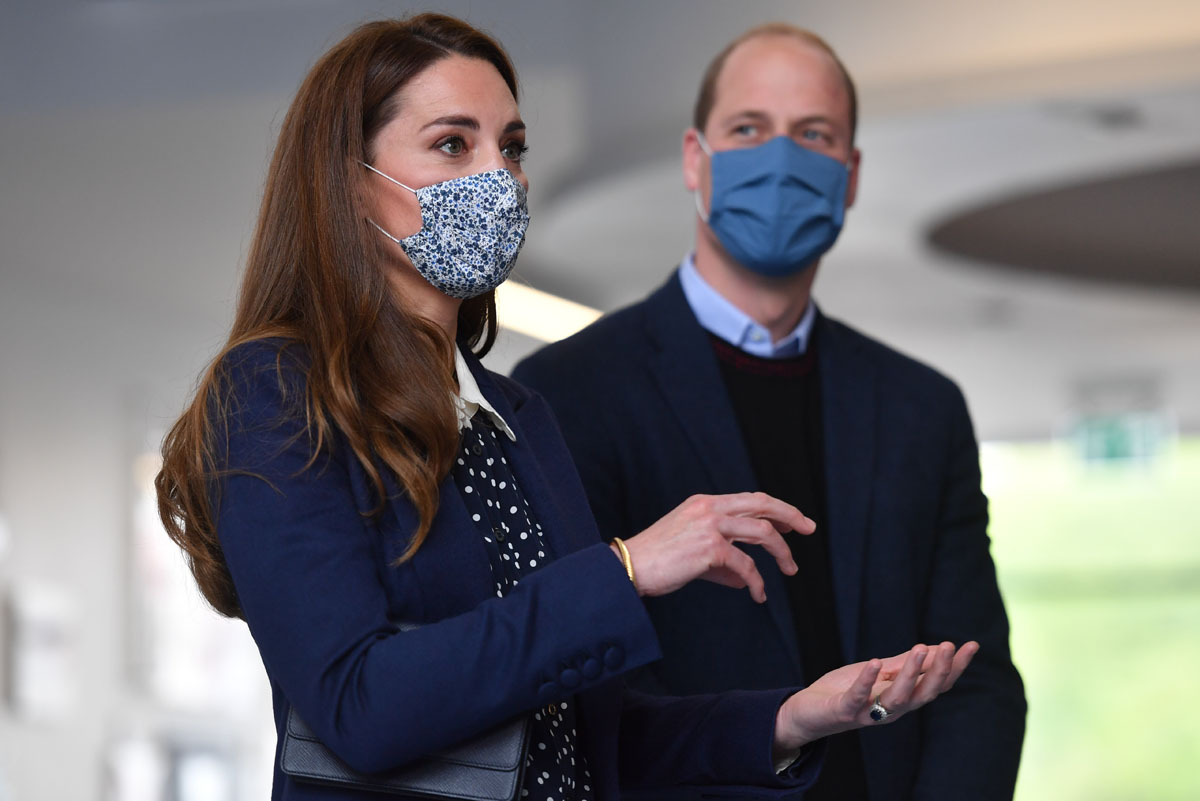 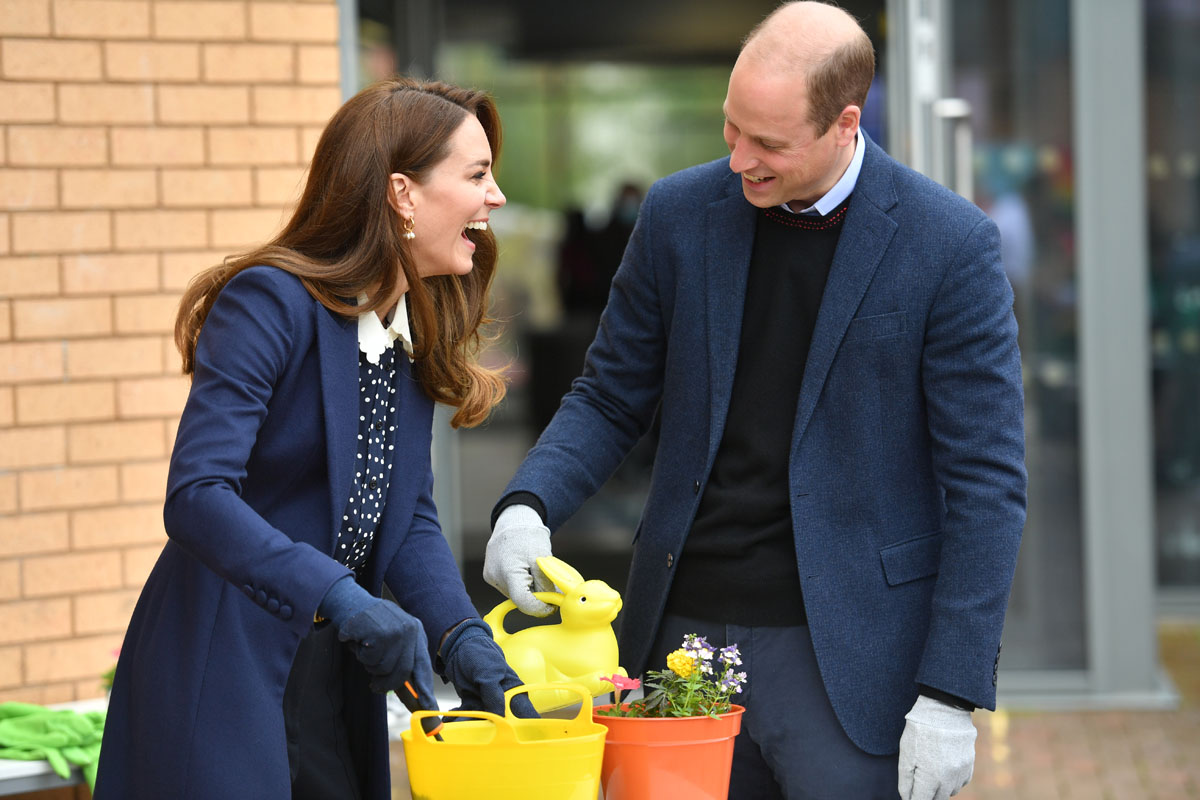 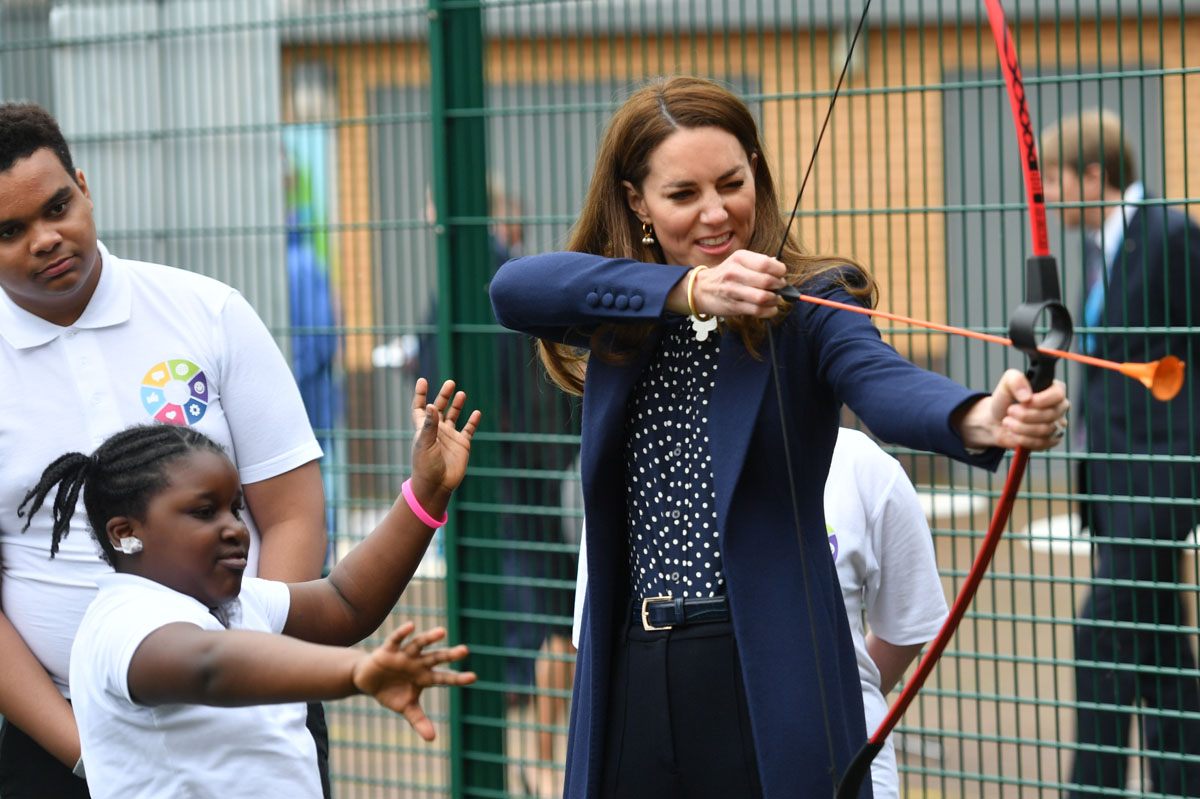