Demi Lovato is non-binary: ‘I know it’s going to take a while for people to get used to’ 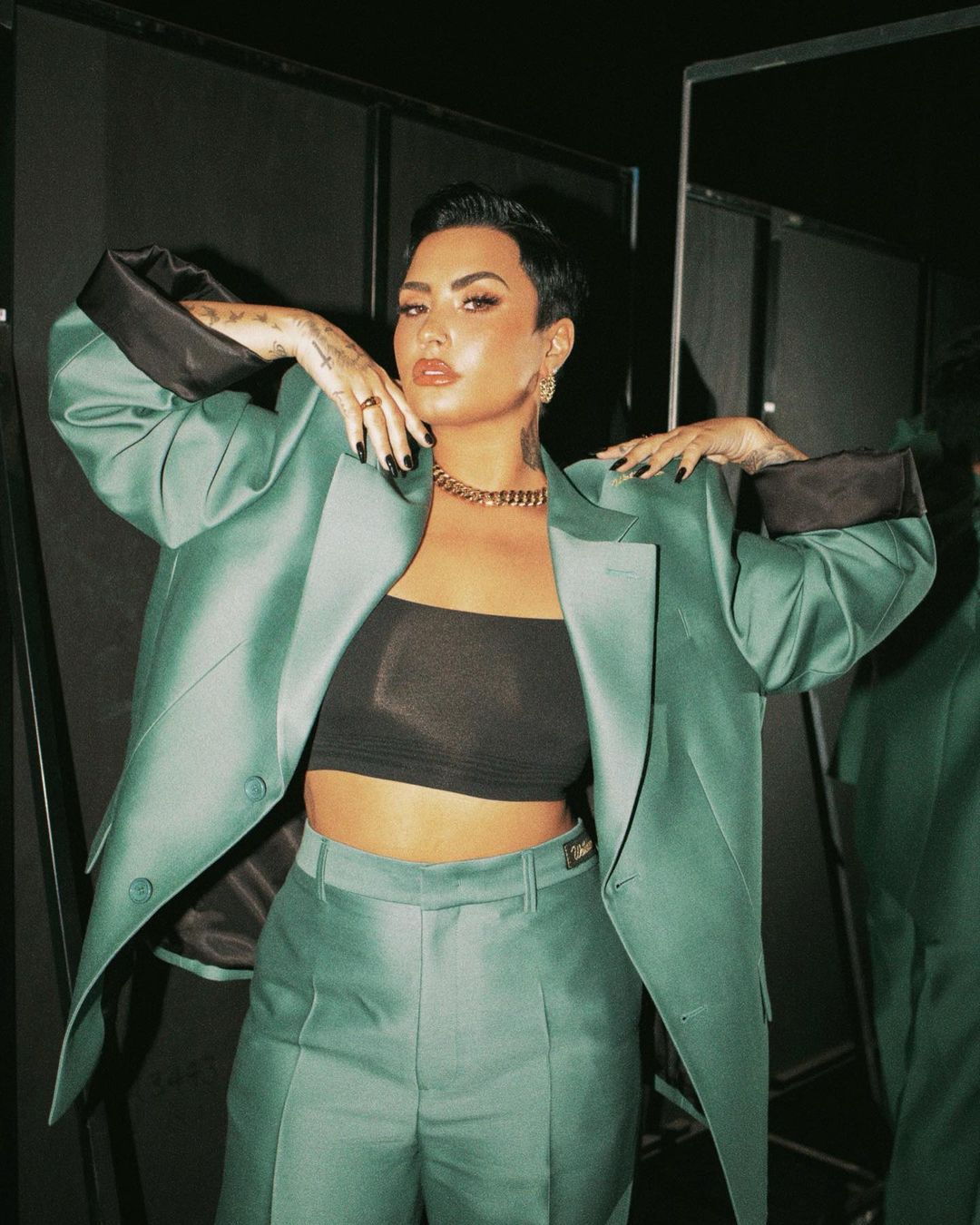 Demi Lovato has a new podcast and web series called 4D with Demi Lovato. In the first episode, they announced that they’re non-binary. Demi interviewed friend Alok Vaid-Menon for that, whom Demi was introduced to by non-binary artist Sam Smith. Demi and Alok talked about how they first met and how Alok was instrumental in helping Demi understand that they were non-binary. I got a lot out of their talk and came away with a better understanding of what it means to be non-binary. I’m still being educated about this and felt like I learned quite a bit. Here are some highlights.

Demi on not living their truth before
In 2018 when I overdosed I feel like the reason why that happened was because I was ignoring my truth. I was suppressing who I really am in order to please stylists, team members or even fans that wanted me to be the sexy feminine pop star. I thought that was what I was supposed to be. Now I just realize it’s so much more important to live your truth than to ever suppress yourself because that’s the type of stuff that happens when you do.

Alok on what it means to be non-binary
We are people who have existed for thousands of years who actually experience ourselves outside of the idea of man or woman, but what I want you to understand is that it comes from a place of deep joy and healing not from a place of doubt.

Demi on being non-binary
There’s nothing more freeing for me than to be unattached to a role that society wants me to play because that I fully believe that gender is just another boundary that separates humanity from divine wisdom.

It would mean the world if people could start identifying me as they/them. I will also be accepting if people slip and say her/she. I know it’s going to take a while for people to get used to. I just want them to be taking the effort.

What moving beyond gender norms is about is fighting for your right to determine what your gender is. Which means if you say I’m a woman you’re a woman if you say a man you’re a man it’s that easy.

Demi on people saying they’re attention-seeking or doing this for their career
For the first time in my life I’m putting my well-being over my career. That’s the difference in somebody doing something for attention versus speaking your truth. I know
that not everybody is going to love that. This is me and this is my truth. I can’t shove it down or suppress it any longer or I’ll end up where I did a few years ago.

Alok also said that they hear criticism from CIS people that being non-binary is taking away the right for others to identify as male or female, which of course is not the case at all. They said it’s more important to strive to use the right pronouns and to honor someone’s gender identity than to get caught up in the grammar. When someone messes up, which we inevitably do, we can just apologize and say “sorry I slipped.” Demi said “we have to change the way that we perceive other people’s truths. It is about having compassion for someone’s dignity as a human being.”

I am bisexual and am in my late 40s. I did not know what that meant or who I was until I was 20 and read about it. I had people tell me it was not a real identity, that it was a “trend,” and that I had to “pick a side.” As a result I’m still very understated about it. I related to Demi’s story through my experiences as a bisexual woman.

I’m happy for Demi and am glad that they’re sharing their truth with us and being open and vulnerable about this. I was really touched by this talk and am grateful that Alok and Demi are taking the time to educate us.

Here is that interview. If you’re like me and are still learning about this I highly suggest you watch it.

Every day we wake up, we are given another opportunity & chance to be who we want & wish to be. I’ve spent the majority of my life growing in front of all of you… you’ve seen the good, the bad, & everything in between. pic.twitter.com/HSBcfmNruo

91 Responses to “Demi Lovato is non-binary: ‘I know it’s going to take a while for people to get used to’”