Shanna Moakler on Travis and Kourtney: ‘don’t alienate my children’


Embed from Getty Images
Earlier this week, Kaiser wrote about Shanna Moakler regurgitating the rumors that Kim Kardashian slept with Shanna’s ex, Travis Barker, back when Shanna and Travis were together. At the end of that post, there was a possible catalyst, some DMs that Shanna’s 15 year old daughter, Alabama Barker, posted about her relationship with Shanna. Shanna has, once again, run to the press to bash Travis and his new girlfriend, Kourtney Kardashian, by claiming that they are alienating Shanna from her own kids.

Barker started publicly dating [Kardashian] in January and the duo have gushed over one another ever since.

While she insists she’s OK with the romance, Moakler struggles when her ex-husband gets their children involved.

“I think it’s in poor taste to have your new girlfriend sit there while you put a skull and cross bones over my name and post it. … But why post about it if you’re not trying to shade me? And then, of course, you know, my kids see that. They see their father basically insulting their mother, you know?” she told Us, referring to Barker getting Kardashian’s name tattooed on him and later having the reality star tattoo “I love you” on him as well.

Earlier this week, Moakler’s children took to social media to talk about their relationship with their mother. Her daughter, Alabama, shared via Instagram: “My mom has never completely been in my life. Can you guys stop painting her out to be an amazing mom? Did your moms ask to see you on Mother’s Day [because] mine didn’t? I’m done keeping it a secret.”

Her son, Landon, also wrote in a TikTok comment that Moakler wasn’t “in [their] lives like” Barker was.

The Rhode Island native added that her only issue is what their kids are witnessing and how it impacts her bond with them.

“I don’t have any feelings toward either one of them, like, I’m not jealous of them [Travis and Kourtney], I don’t think about them. Like I’m in a relationship with Matthew and we’re doing our own thing. If they want to run off into the sunset like by all means, but you know, don’t alienate my children in the process,” Moakler said.

Last week, Shanna was criticized on social media for removing her Travis Barker tattoo. When she responded to those folks, she referenced the skull and crossbones being tattooed over her name as well. I get that it bothered her, but she needs to scale back her reaction. Shanna keeps saying she doesn’t care about Travis and Kourtney and yet she constantly takes swipes at their relationship. So it’s hard to take her at her word.

Which brings her to the next point: are Travis and Kourtney alienating Shanna from her kids? We’ve been hearing for a while how well Kourtney is getting along with Travis’ kids. They’ve appeared on each others social media and remember Kourtney got Alabama that flashy Prada bag for Christmas. At the time I thought it was Rich People’s Games, but now it looks like more like it was Feuding Parents Games. However, if what Alabama and Landon said in the article is true, that Shanna checked out and is focused on her boyfriend Matthew Rondeau, then Shanna needs to step back and leave Travis and Kourtney alone. 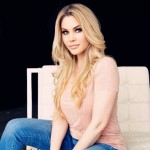 35 Responses to “Shanna Moakler on Travis and Kourtney: ‘don’t alienate my children’”