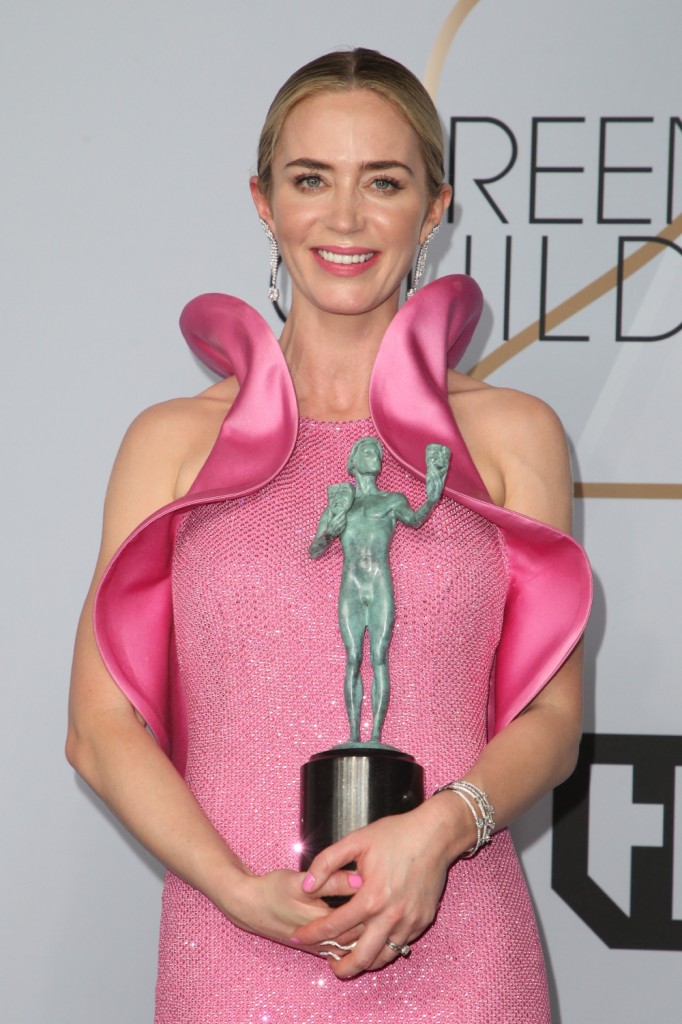 Emily Blunt has a new interview in The Sunday Times to promote A Quiet Place: Part II. Unfortunately the interview is behind a paywall. But the big takeaway is that Emily and her husband, John Kransinski, are apparently keeping their fame a secret from their daughters, Hazel, seven and Violet, four. Recently, Hazel came home from school and asked her parents if they were famous. Emily and John were caught off guard because they’ve, “never said that word in the house.”

During a recent interview with The Sunday Times, Blunt explained why she wants their kids to remain “oblivious” to her and Krasinski’s fame.

“If they can remain oblivious for the longest time I’d be thrilled,” she said. “They don’t even want to see what I do. They don’t even like it when I put on make-up.”
“They don’t like any of it!” Blunt continued. “They just want me to be their mommy.”

Blunt explained that her oldest daughter, Hazel, recently became aware of her stardom when one of the kids at her school told Hazel about it.

“It’s a strange thing to navigate, you know,” Blunt said. “[She] came home the other day and we were in the kitchen and she goes, ‘Are you famous?’”

“And I’d never heard her… we’ve never said that word in our house,” she added. “We don’t talk about it.”

“Someone at school had clearly said it. I was like, ‘Um … not really, I don’t think I am,” Blunt continued. “Did someone say that to you, Haze?’ She said, ‘Yeah,’ but then she wouldn’t divulge much more, you know, but it’s weird. It’s weird.”

Blunt noted that she doesn’t want her daughters to know about her or Krasinski’s fame because she doesn’t want them to “feel any more important or special or [feel like] there’s a glare on them any more than other kids.”

Not being famous myself, I have to infer much here. I guess I can understand not wanting to talk at home about being famous. So if the Krasinski-Blunt home is a fame-free space for the family to act like normal folk, it makes sense why Emily and John want to avoid the topic. I also understand their justification about wanting the kids to avoid “the glare,” be it negative or one that makes the girls feel superior. But they should probably prepare themselves. I’m surprised it hasn’t come up before now, what with Jack Ryan and Mary Poppins sitting at the dinner table. I get dressing up as characters and being famous are different concepts, but the connection will be drawn pretty quickly at Hazel’s age. I have no idea how I would answer that question if I was famous, but I don’t think I would be flabbergasted by it.

I like Emily a lot, as you know. I’m sure most of this interview is her English humor and self-deprecation coming out. But the interviewer asked Emily if she wanted her daughters to become actors and she said, “God no — no! Please God keep them off the stage.” I never know how to react when actors respond this way. Do they hate their jobs that much? Are their kids too good for the profession? Have they been chewed up and spat out by the industry enough to want their child to avoid it at all costs? Surely that isn’t the promo they’re going for. 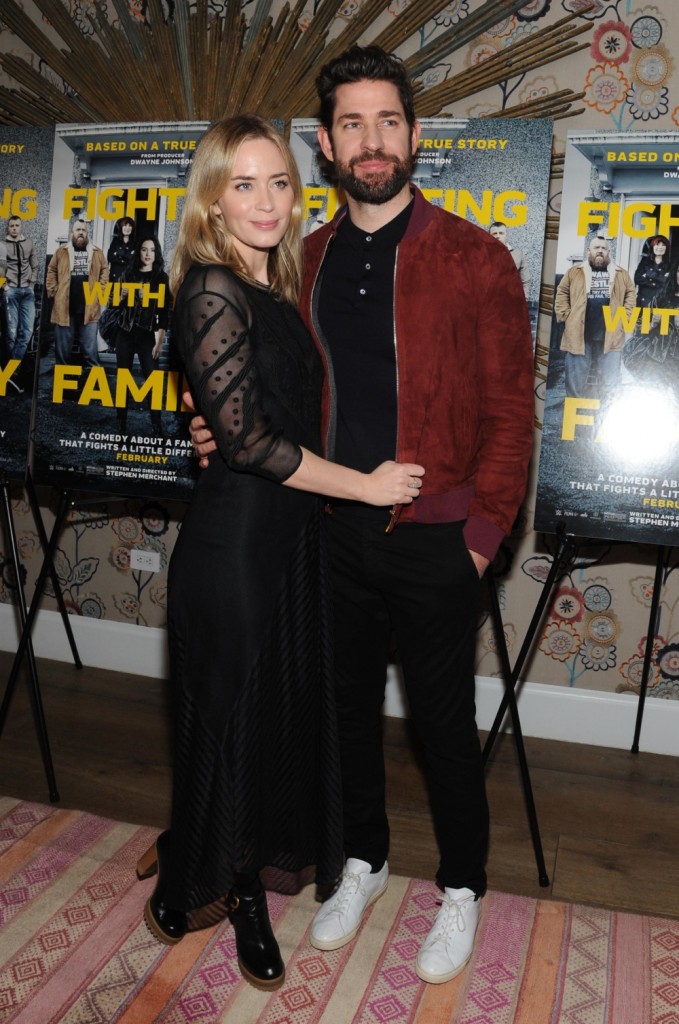 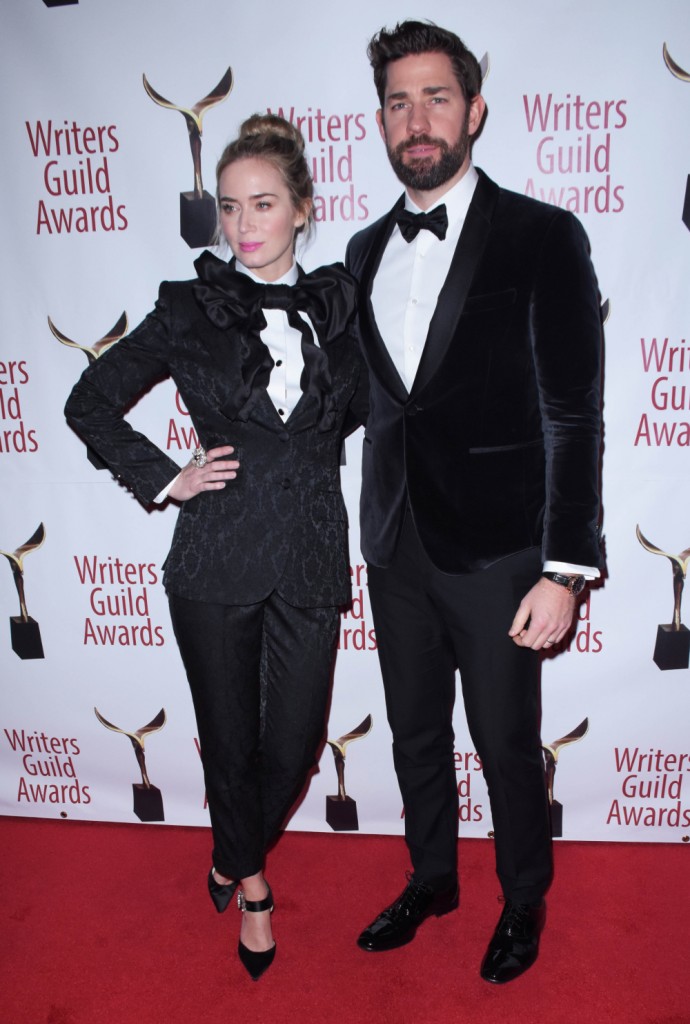 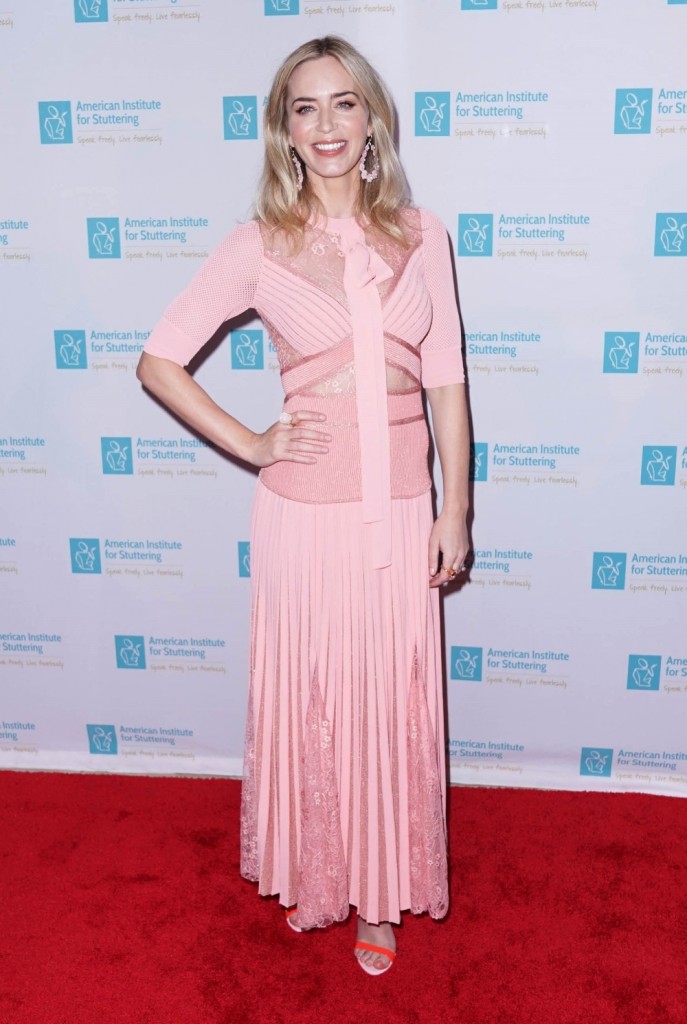