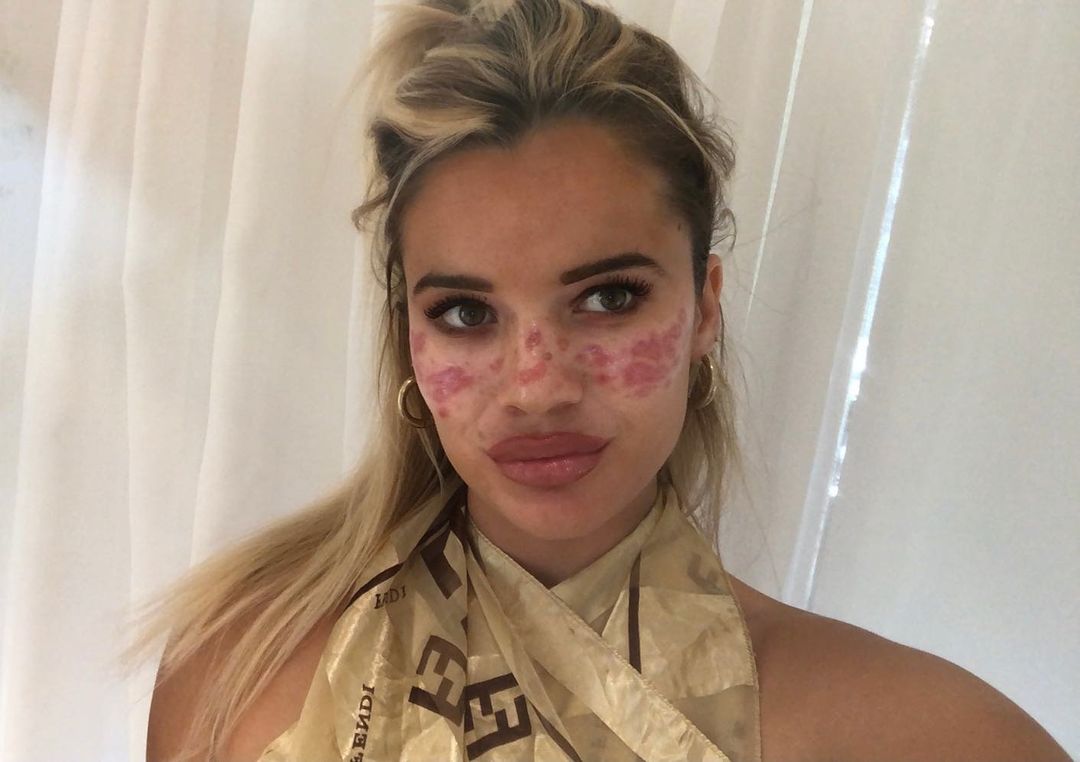 Many folks have started getting medical advice and adopting harmful DIY beauty trends from TikTok. Tilly Whitfeld, an Australian Big Brother star, fell victim to a very dangerous TikTok beauty trend. She tried to create semi-permanent freckles on her face with henna and a needle. Tilly tried creating freckles on her face using tattoo ink that she purchased on eBay. She later found out that it was counterfeit ink filled with lead. The procedure left permanent scarring and caused Tilly to temporarily lose eyesight in one eye. Below are a few more details about the story from People:

Back in May, Whitfeld, 21, explained that she often appeared on Australian Big Brother with a blue clay face mask to cover a patchy red reaction on her cheeks and nose. It was “the result of attempting to remove scarring I inflicted on myself trying to replicate an at home beauty procedure I saw on a TikTok video,” the reality star wrote alongside several Instagram selfies and close-ups of her complexion.

“Please please don’t try any ‘DIY’ or ‘at home’ beauty procedures. I ended up in hospital with temporary loss of vision in my eye due to swelling and was very sick from the infection, not to mention my face was somewhat unrecognizable. Leave it to the professionals 🌈🦄✨” Whitfeld shared, adding that the photos show “deep below surface level scaring and dark pigmentation.”

The Big Brother star did not reveal which of the many viral TikTok beauty hacks caused the reaction at the time, but in a new interview with the New York Times, Whitfeld said it was the result of attempting to give herself freckles.

The controversial trend takes popular faux freckles (applied with henna, an eyebrow pencil or even products specifically created to give natural-looking spots) one step further by using sewing needles to prick yourself with ink. If it goes as expected, the results should “fade within six months,” according to the NYT.

The video Whitfeld came across reportedly did not specify what type of ink to get, so she ordered brown tattoo ink from eBay.

“It didn’t hurt at all, so I didn’t think I should stop,” Whitfeld told the outlet. She later discovered the ink she purchased was a counterfeit product with “high levels of lead in it,” according to the NYT, and has since spent nearly $12,000 on doctor’s visits to correct the scarring.

I’ve said this before, no one should be taking advice from TikTokers who are not licensed medical professionals. Period. And even licensed medical professionals should be viewed with skepticism. Tilly is lucky she didn’t lose her face. The fact that she has spent over $12,000 to correct a silly mistake is definitely a hard way to learn a lesson. I really can’t believe that there are people on TikTok promoting this sort of reckless behavior and even still I can’t believe there are people who are following blindly. Hopefully Tilly will be able to heal with minimal scarring on her face. And I hope that Tilly will be the poster child for not doing these dumb TikTok trends. If folks are telling you to do a DIY procedure on your body that you know should be done in a medical office or hospital by a professional, please don’t. Learn from Tilly, going viral really isn’t worth more than your health.