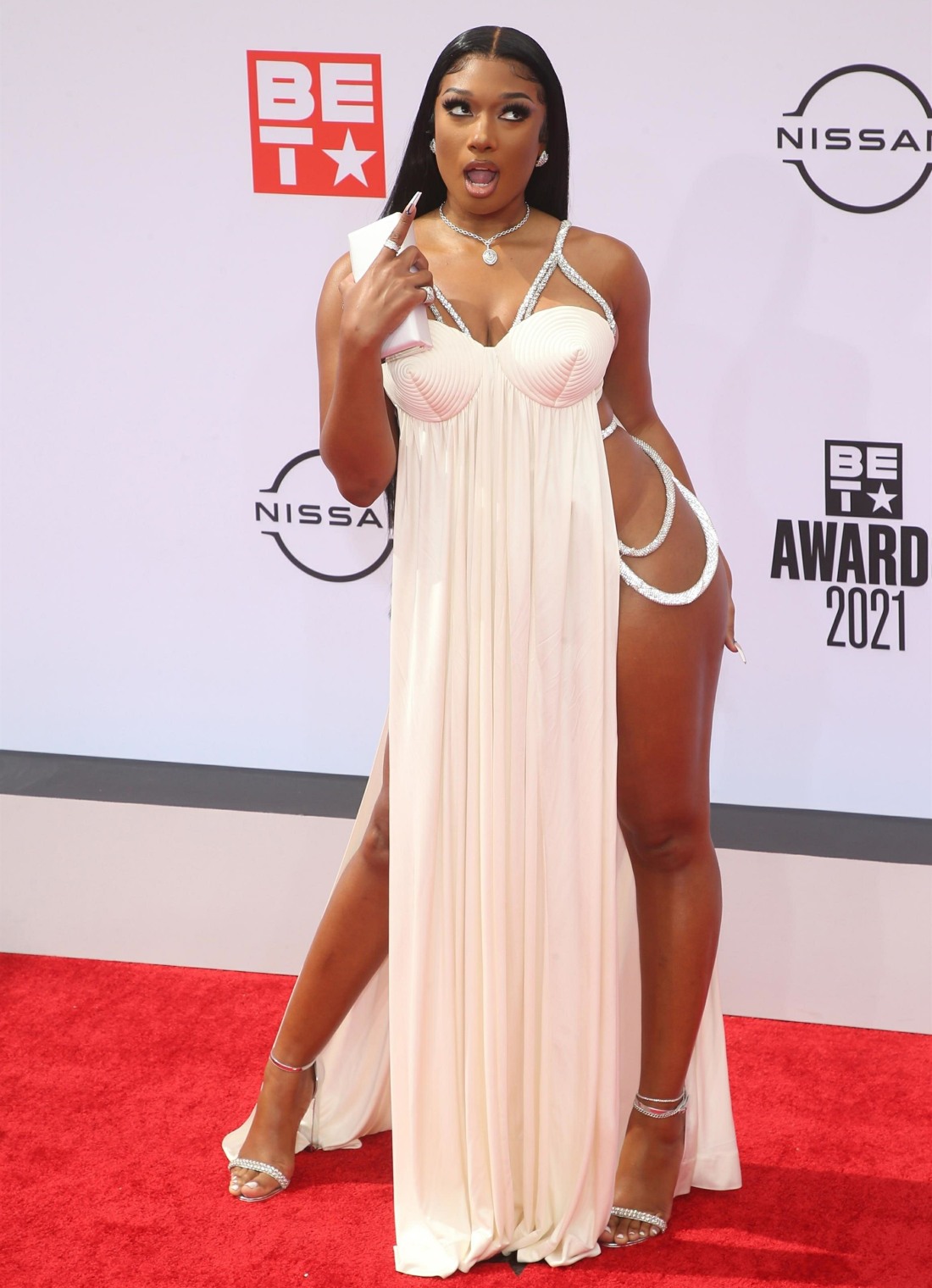 Here are some of the most notable fashion photos from last night’s BET Awards. Make no mistake, Megan Thee Stallion was “the star” of the event. She performed “Thot Sh*t” live (and it was an amazing performance, the video is below) and she picked up awards for Video of the Year (for WAP), best female hip-hop artist and the viewer’s choice award for “Savage (Remix).” For the red carpet, Megan chose this Gaultier gown which was completely “open” at the sides. Megan was really like Bajingo Out Summer. She looked great on the carpet and during her performance though! 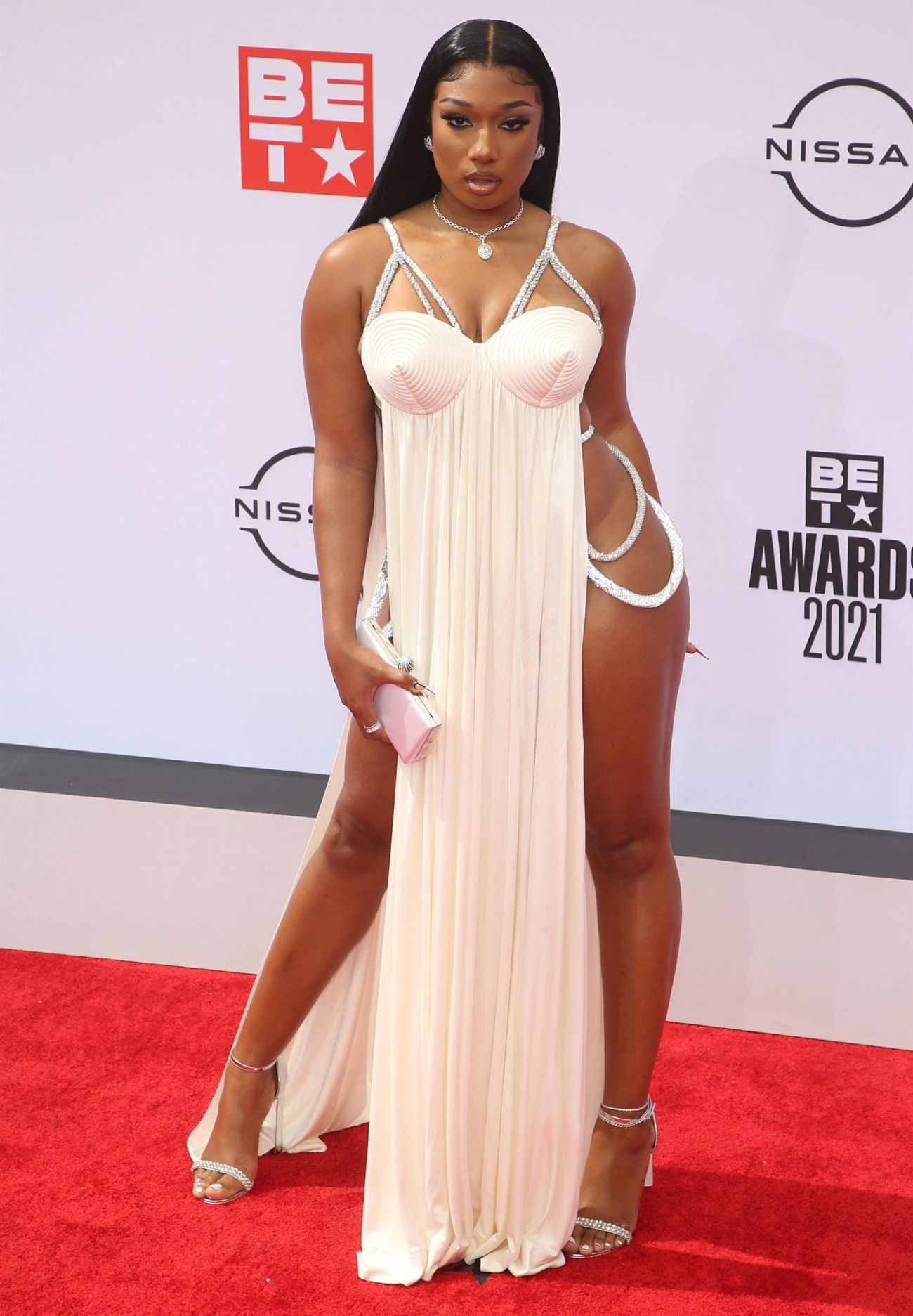 Andra Day won a BET Award for Best Actress (for playing Billie Holiday) and she seemed very surprised to win. I don’t know what she was thinking with this pink tiered/ruffle dress though. I mean… she’s so beautiful, she could pull off almost anything. But lord, this is just a fug dress. 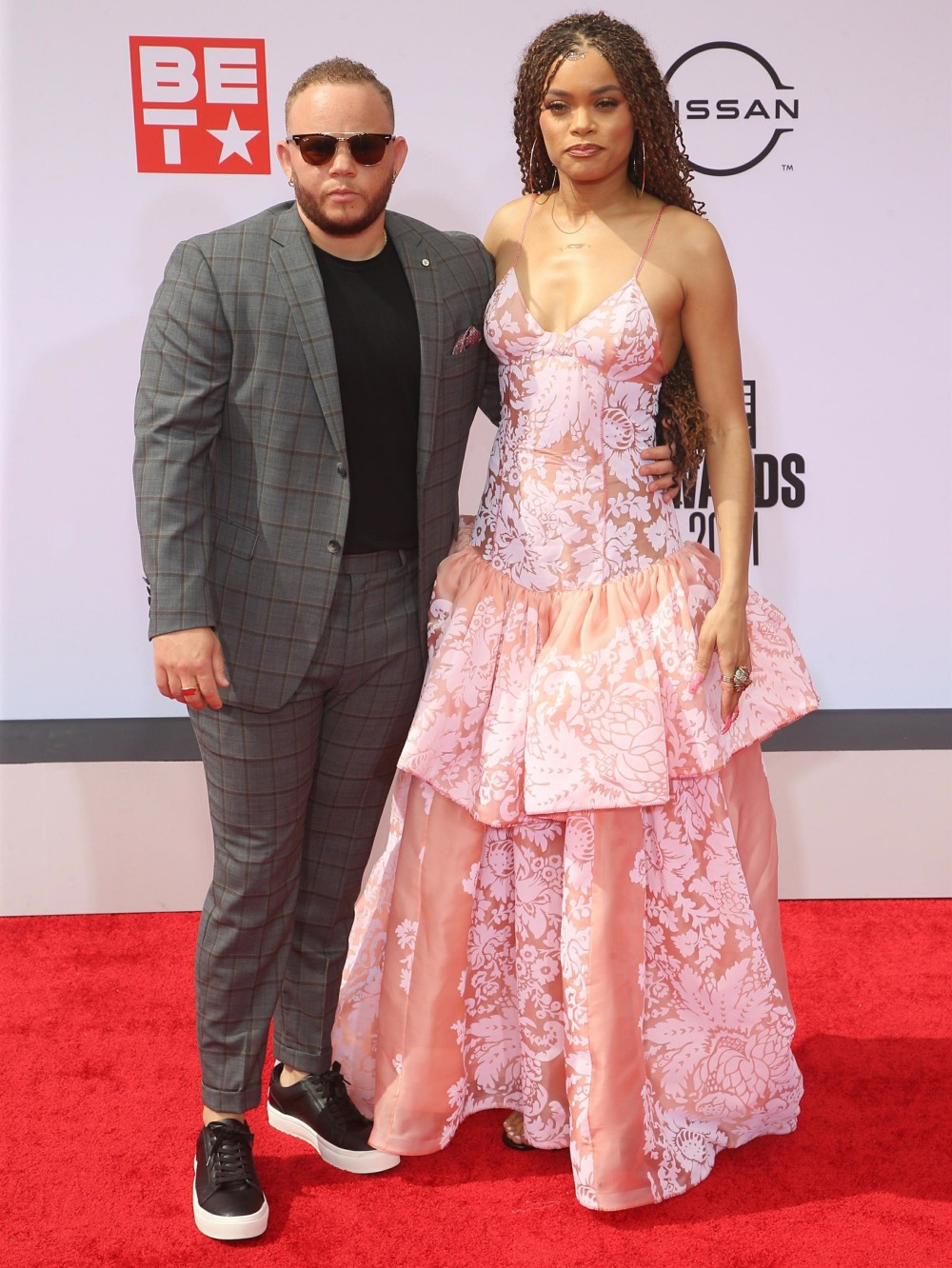 Ciara… I don’t know. Again, when a stylist is working with someone beautiful with a famously great body, why would you put her in this unflattering catsuit? I almost didn’t recognize her with the blonde hair either, although I think she’s kind of working that hair color. But the catsuit doesn’t work. It makes her look boxy FFS, and she’s not boxy! 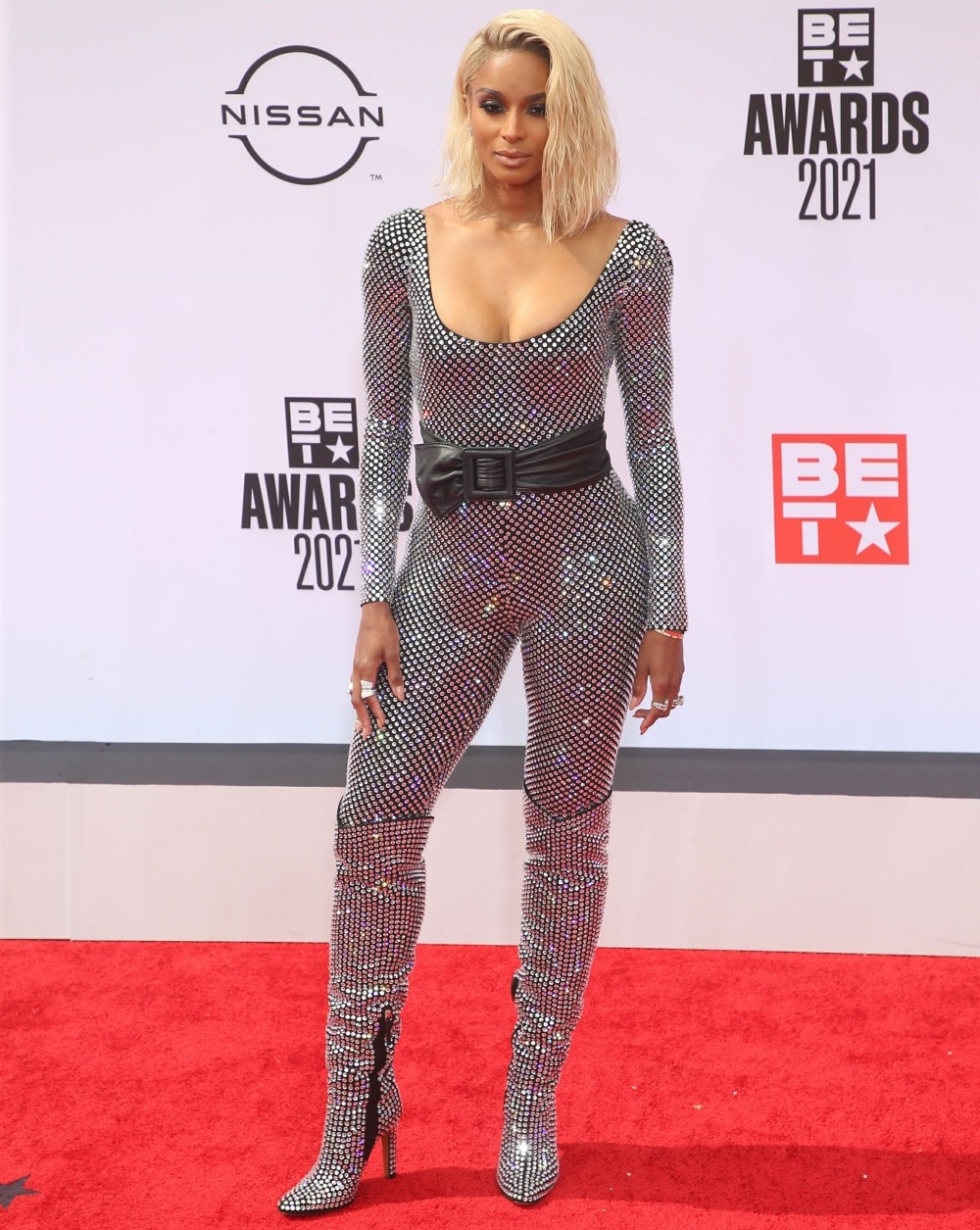 I love Issa Rae but this is so bad!! OMG. 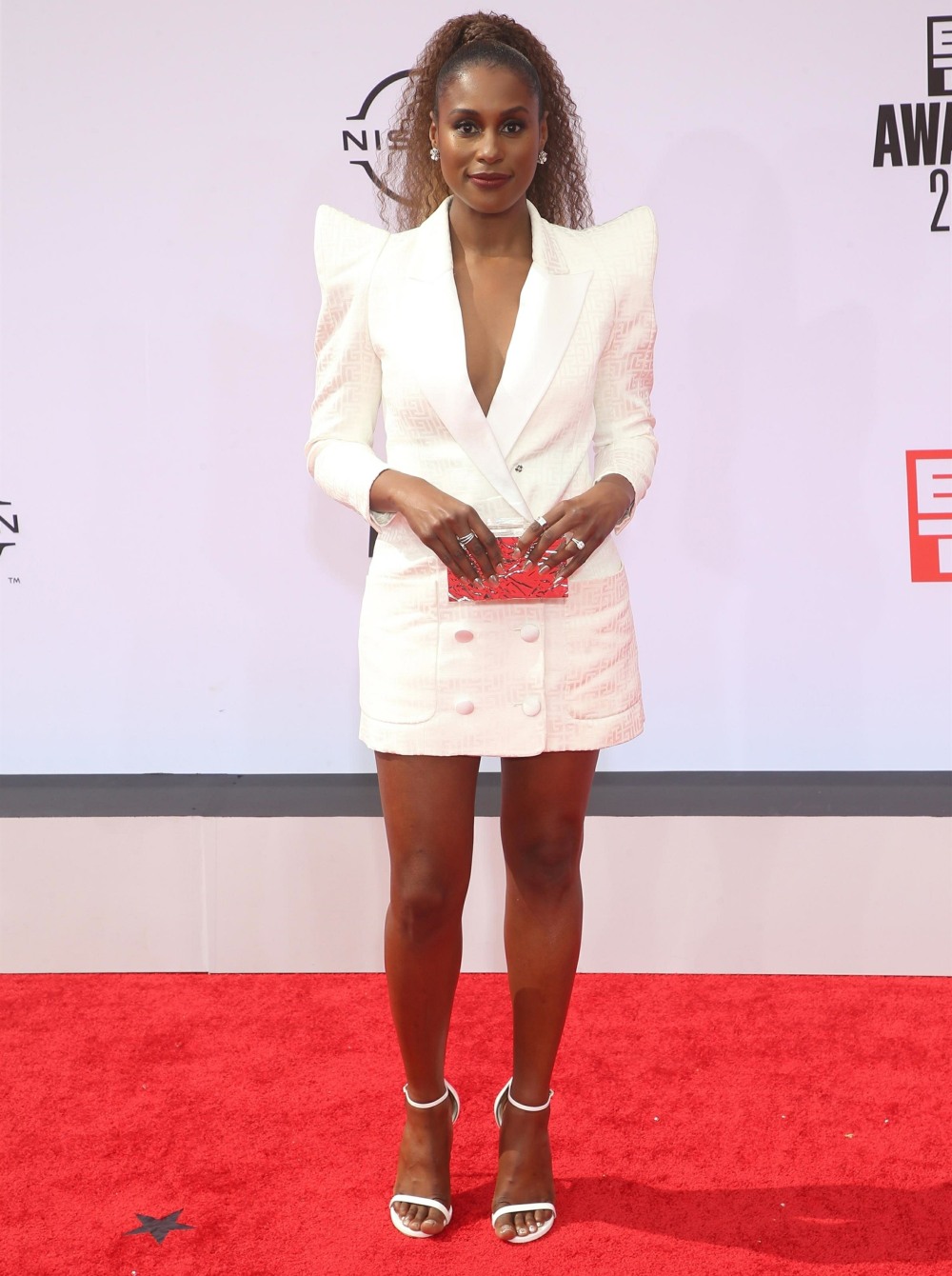 Queen Latifah won the Lifetime Achievement Award and she thanked her partner/girlfriend by name and wished everyone a happy Pride. Good for her. The ensemble is very Latifah. I like the cape. 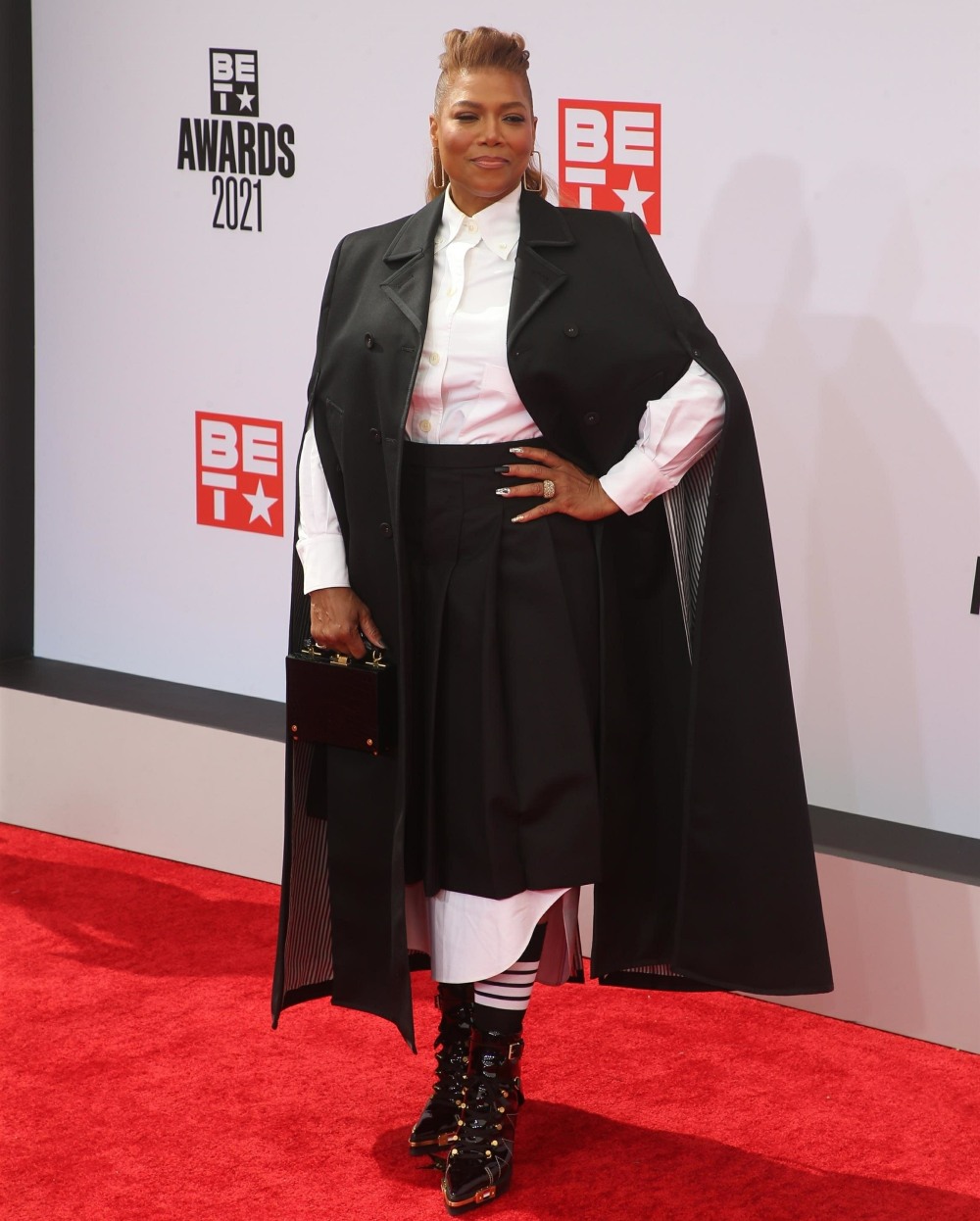 Lil Nas X really wore toile to the BET Awards. Bless him. This was actually one of my favorite looks of the night. 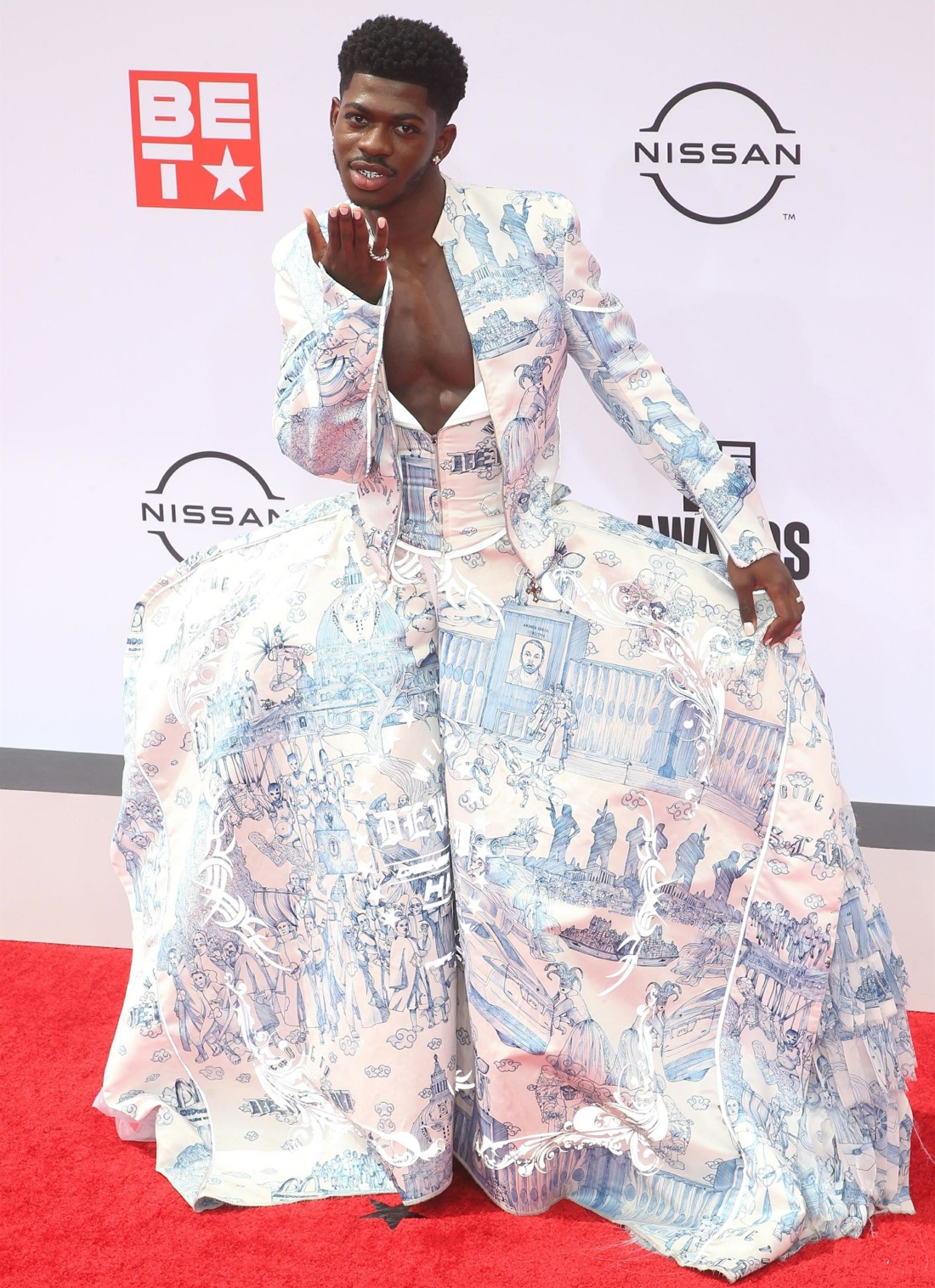 Saweetie wore Dolce & Gabbana, and the train for this was like 12 feet long. I wish LA stylists would stop giving their clients D&G stuff to wear. 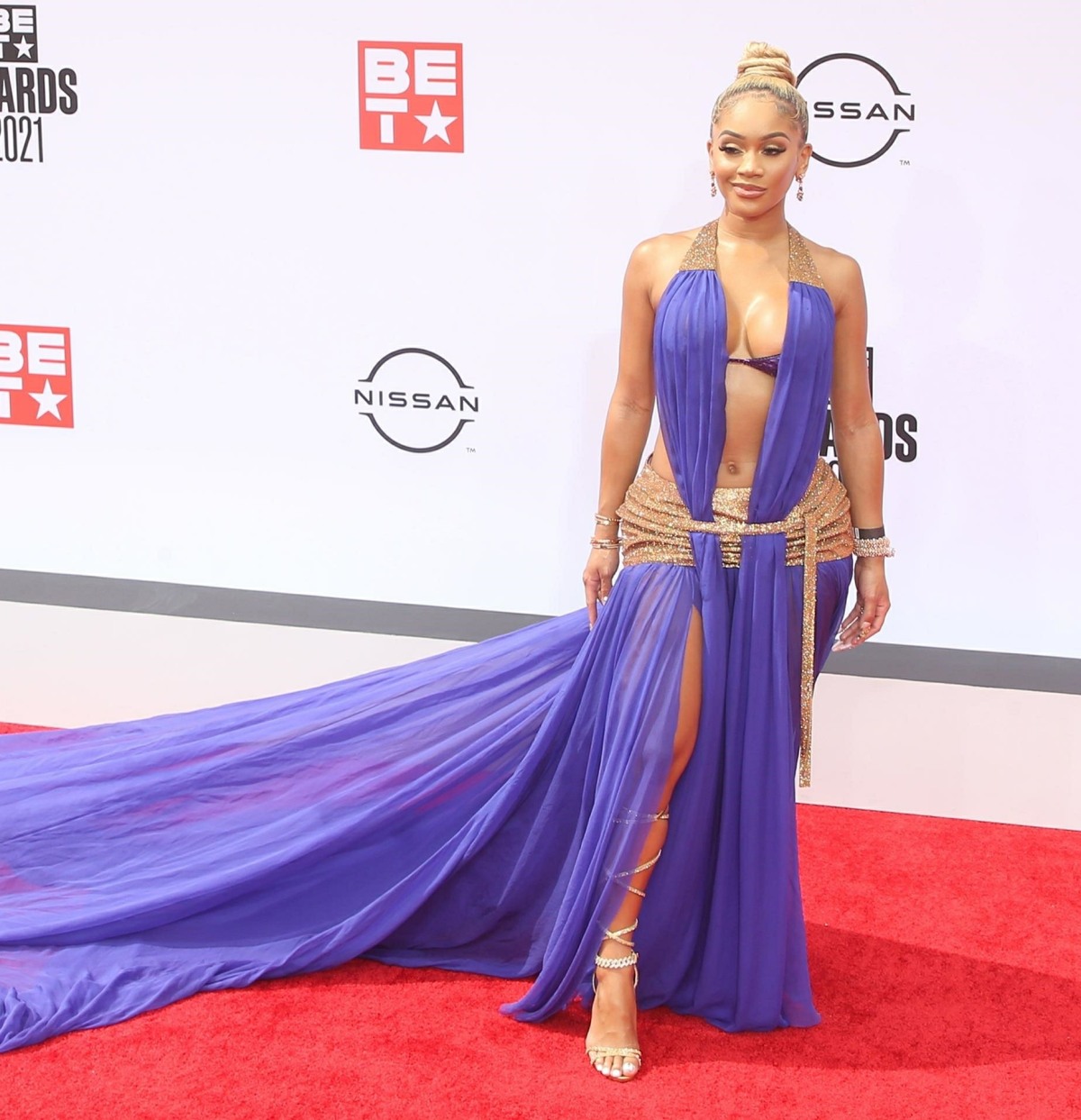 29 Responses to “Megan Thee Stallion wore Gaultier to the BET Awards: best look of the night?”