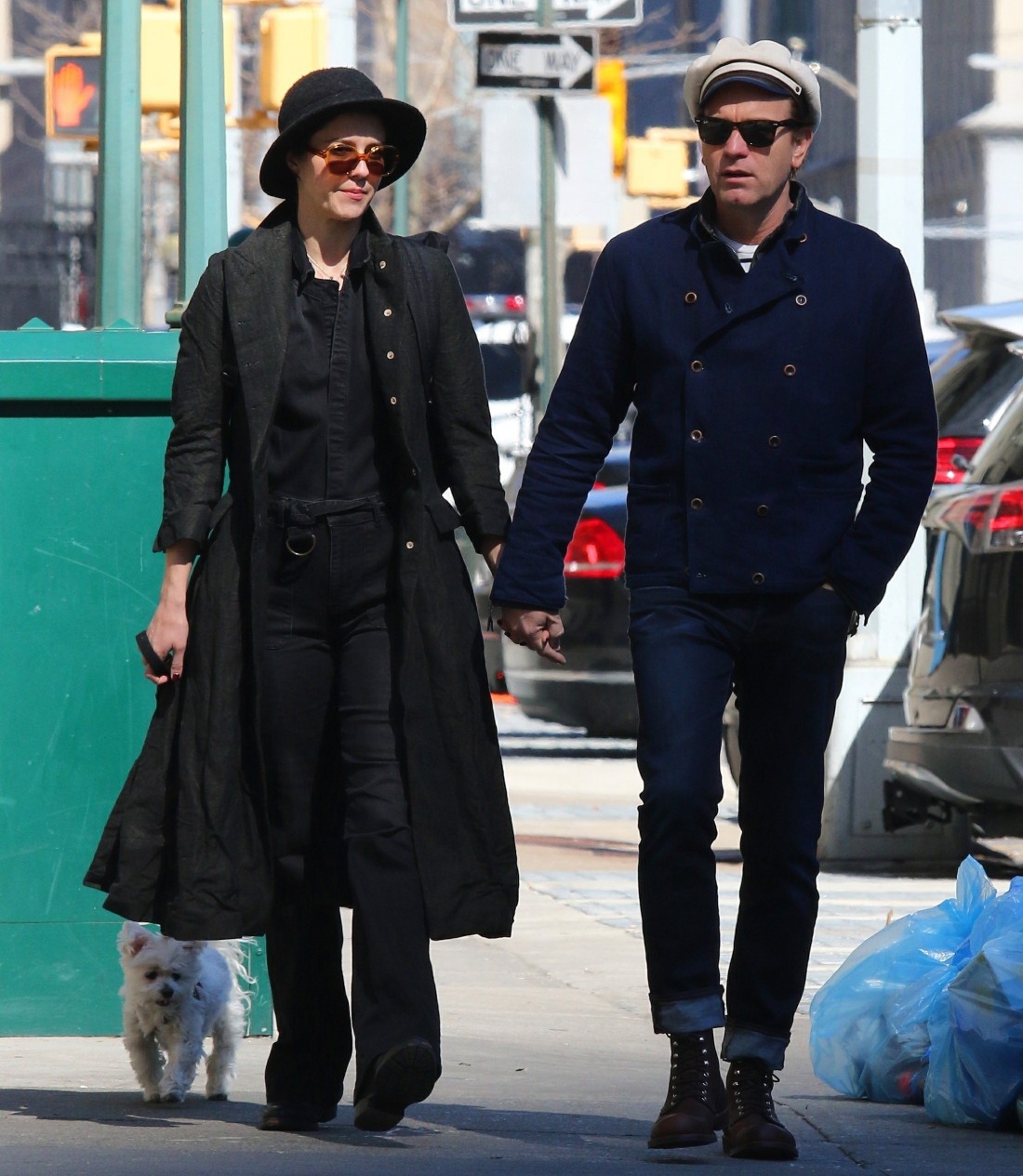 I don’t know when Ewan McGregor’s affair with Mary Elizabeth Winstead began, but I suspect it started while they filmed their season of Fargo. We didn’t find out until months later, in the fall of 2017, when they were seen canoodling in public and people were like “wait, he’s married?” Months later, he and his wife Eve formally split up and filed for divorce. It was a long process and their adult-children were apparently unhappy about all of it. Clara McGregor, Ewan’s eldest daughter, called Mary Elizabeth “a piece of trash” for ruining their family. They worked that sh-t out though. And after all of that… Mary Elizabeth got knocked up during the pandemic and we never knew. Ewan is a father for the fifth time, and he and MEW welcomed a baby boy named Laurie.

Ewan McGregor and Mary Elizabeth Winstead are new parents! The couple, who costarred in 2020’s Birds of Prey, welcomed their first child together, according to the newborn boy’s older sisters. McGregor’s eldest child, Clara McGregor, 25, confirmed the birth of her baby brother in an Instagram post on Sunday.

“Welcome to the world little brother ❤️ congratulations to my Dad & Mary – this is the greatest gift,” Clara wrote alongside two adorable photos with her sibling. Clara’s younger sister Esther, 19, also welcomed their little brother Laurie into the family on Instagram.

“Met my little brother looking like a pirate. I recommend!,” she captioned a trio of sweet images. “Welcome to the family little Laurie.”

Before welcoming her newborn, the Kate actress, 36, did not publicly share the news of her pregnancy and was not photographed with her baby bump. The Halston actor, 50, is also dad to two other children, Jamyan, 20, and Anouk, 10, from his previous marriage to Eve Mavrakis, whom he divorced after 22 years of marriage.

McGregor and Winstead met on the set of the TV series Fargo in late 2016. In May 2017, Winstead split from her husband, Riley Stearns, after seven years of marriage. That fall, she and McGregor were seen kissing during an outing together. Months later, the Obi-Wan Kenobi star filed for divorce from Mavrakis in January 2018, citing irreconcilable differences as the reason for their separation. And in November 2019, McGregor asked a judge to declare him and Mavrakis single before finalizing their divorce.

Laurie McGregor? Laurie Winstead-McGregor maybe? I don’t know. I wonder if the name is a Little Women reference? In the book, Laurie’s real name was Theodore Laurence. I kind of wonder if this baby’s real name is Laurence McGregor, and if that’s a family name on one side. Hm. And secret pregnancies and secret babies are all the rage now. I think the pandemic is only part of it – the pandemic just made it easier for pregnant women to disappear for months at a time and then pop up with a baby. Anyway, I hope everyone is doing well. I’ll admit, I did not think Mary Elizabeth and Ewan would last.