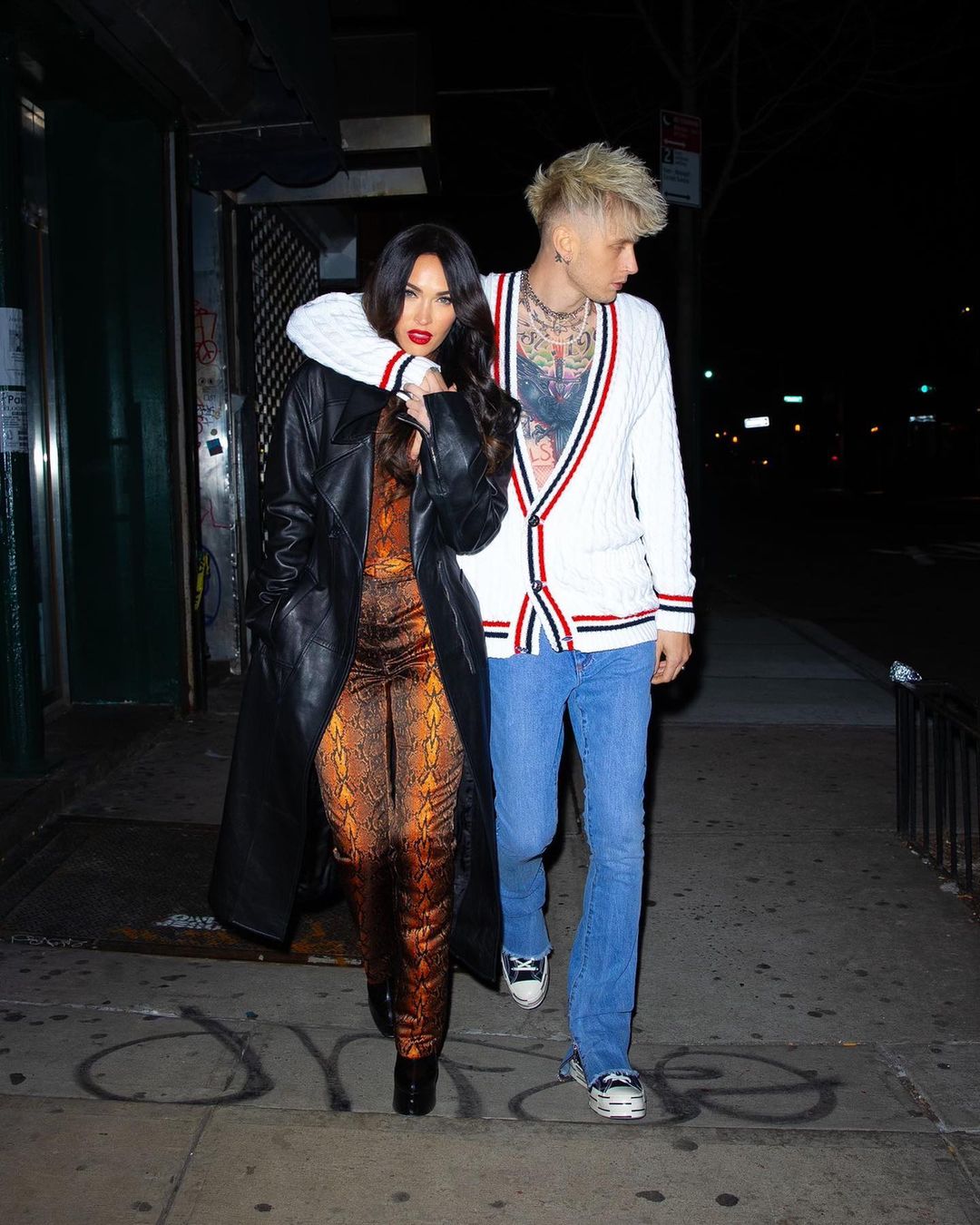 Last week, the Washington Post did a story called “The Megan Fox renaissance is here. It’s long overdue.” It’s just a promotional interview with Fox as she hypes her latest film, ‘Til Death. But it brought up an interesting point: are we seeing a Megan Fox renaissance? We certainly are in her personal life – it seems like a weight has been lifted from her shoulders now that she’s finally done with Brian Austin Green. She seems incredibly happy with Machine Gun Kelly, and as she discusses in this piece, she’s convinced that they’re once-in-a-lifetime soulmates. Professionally, her career isn’t quite up to “renaissance” level, but I’ll buy that she has more work on her plate these days. Some highlights from the interview:

She knew she would have a creative renaissance in her 30s. It was marked in her natal chart. As a strong follower of astrology, Fox claims the timing of her work, love and fame was written in the stars. “I believe that there’s a purpose and a reason for that,” she says with certainty. Everybody in her life would say she’s spiritual to the point “where it might annoy certain people,” she says, candidly. Fox, 35, typically begins her day with tarot cards and reading her horoscope. Before the pandemic, she integrated daily deep visualization and shamanic meditation. On the June afternoon when we speak, she’s even been planning rituals to harness the power of the looming solar eclipse.

She loves horror movies: “‘Jennifer’s Body’ is iconic, and I love that movie. I didn’t want to do that movie an injustice by doing something that was similar but not as good. Critically everyone s— on [Jennifer’s Body]. This movie is art, but when it came out, nobody was saying that.”

She’s more than a shallow succubus: “I think there has been a pervasive perception of me as a shallow succubus, if that makes any sense, for at least the first decade of my career. And then that started to change more recently as people revisited some of my interviews, listened to me speak and started to see me in a different way.”

The bad years: “I was so lost and trying to understand, like, how am I supposed to feel value or find purpose in this horrendous, patriarchal, misogynistic hell that was Hollywood at the time? Because I had already been speaking out against it and everyone, including other women, received me in a very negative way for doing it.”

Exiling herself from Hollywood for a time to have children: “That kind of saved me honestly,” Fox said of having children. “I needed an escape.”

Reagan on New Girl was the role the one closest to her personality. “People were surprised that I was funny at all. More than being overlooked for my ability to handle comedy sometimes, I’ve always been surprised by how easy it was for people to overlook that I’m relatively intelligent. I was like, how does that get so lost when there’s ridiculous amounts of material that can educate you otherwise?”

She knew that eventually people would see that she had been wronged by the industry: “When I was fighting, even back then I felt like I was connected to Joan of Arc and all of these women who’ve been persecuted all throughout time. I was like, ‘I’m aligned with every woman that’s ever gone through this since the beginning of f—ing history.’”

Meeting Machine Gun Kelly: On the set of “Midnight in the Switchgrass,” Fox and Kelly only worked together for two days. Sure, she knew his name and that he “was a tall, blond tattooed rapper,” but she didn’t expect such a “magical” connection. “The first time I looked into his eyes, I was like . . . “I know you. I have known you so many times, in so many different forms, in so many different lives.” She “wasn’t expecting it’d be like, ‘God, you are my soul mate,’ instantly.”

Towards the end of the interview, she lightly pitched herself for a comic-book movie as well, sounding like she would be fine going to DC or Marvel. Many years ago, she would have been considered for that kind of thing, but I’m not sure if she would be now. But who knows, stranger things have happened. As for the other stuff… I also think going away and having babies allowed her to get some distance from the toxic elements in Hollywood, and it let Hollywood get some distance from Megan. There’s no reason why she shouldn’t have a career renaissance, honestly. While she’s not some world-class actress, she’s pretty and watchable and she should be able to get a TV show or something like that. Just like Joan d’Arc! 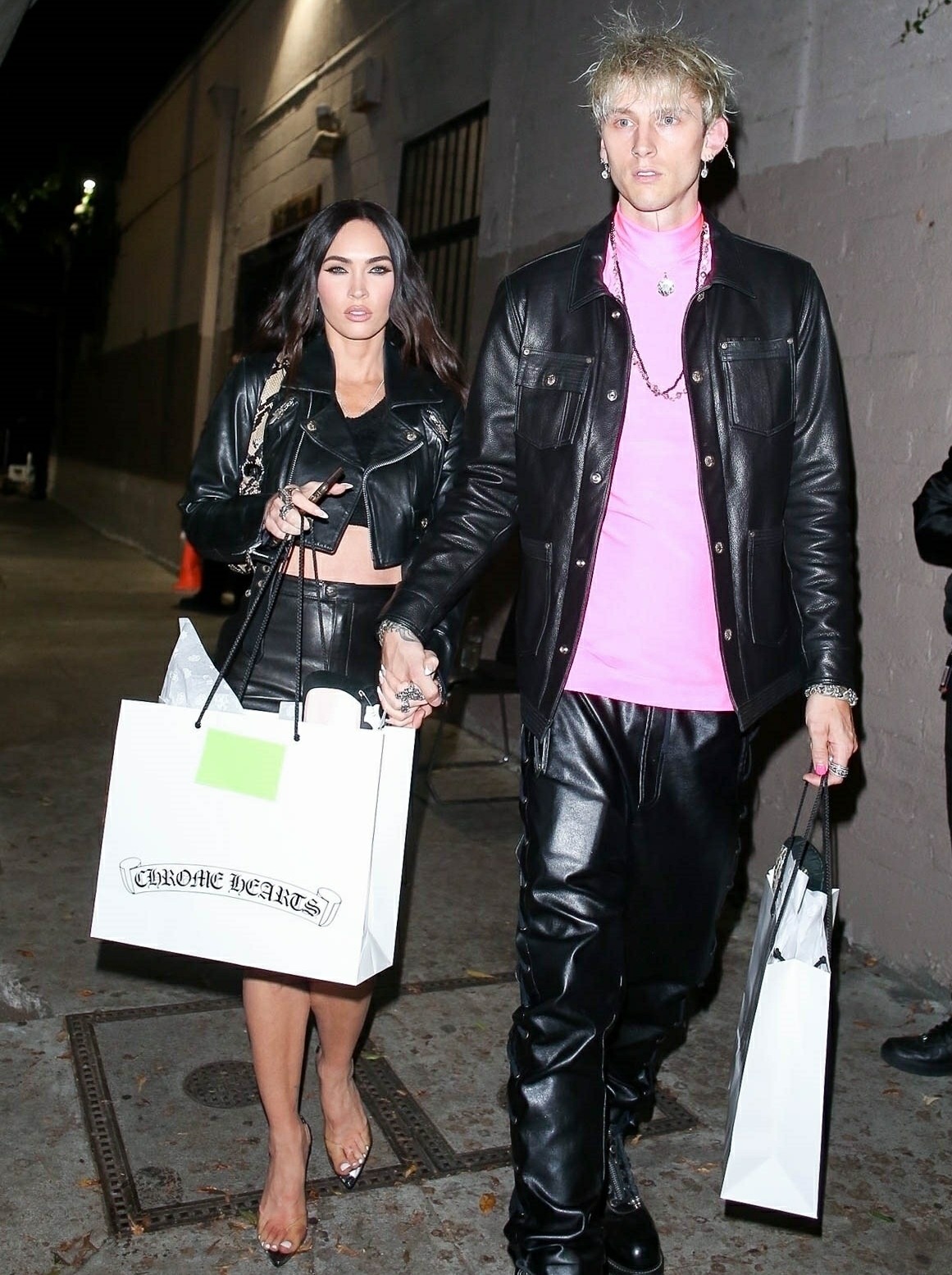 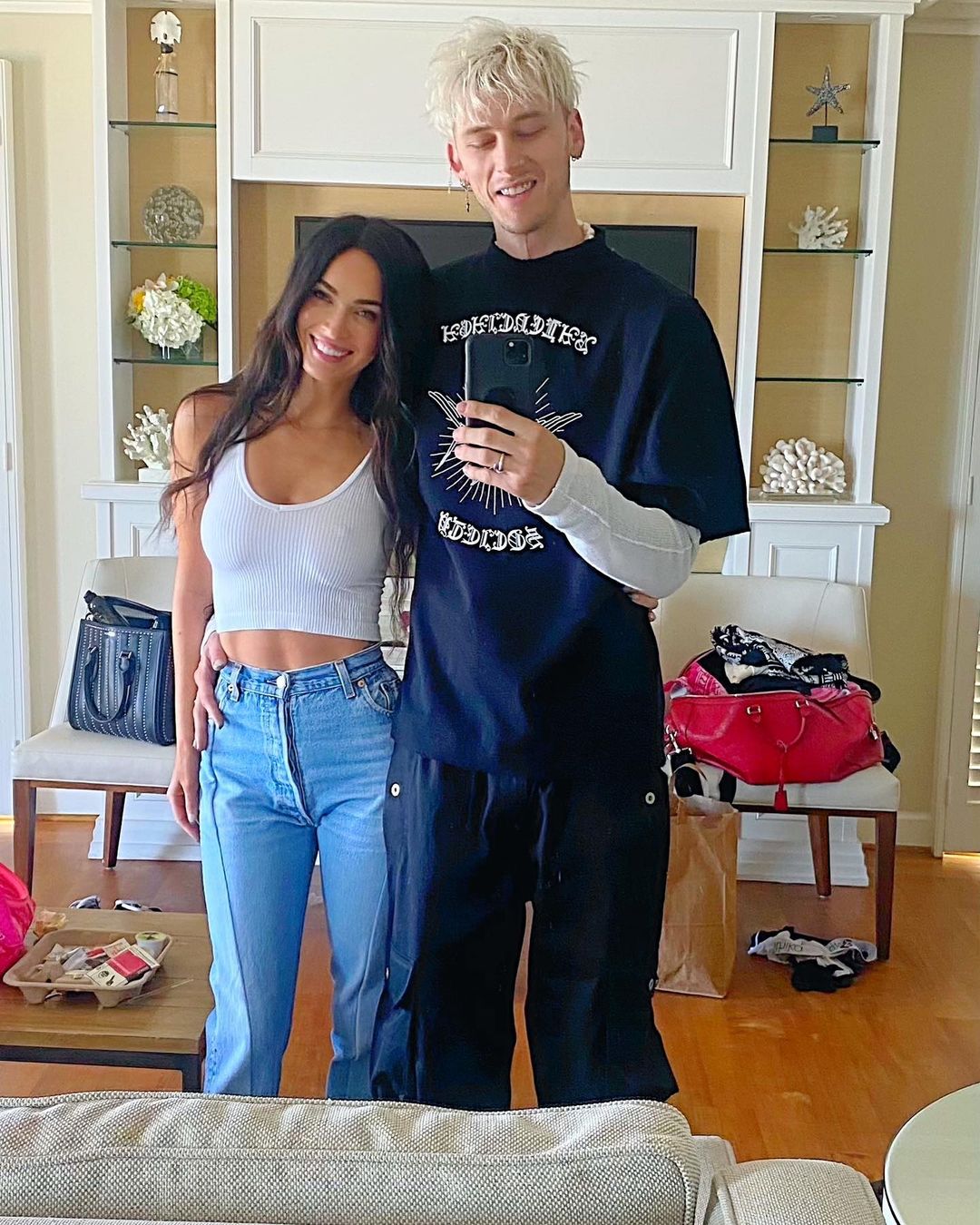