Why is everyone being so squirrelly about Duchess Kate’s Covid exposure? 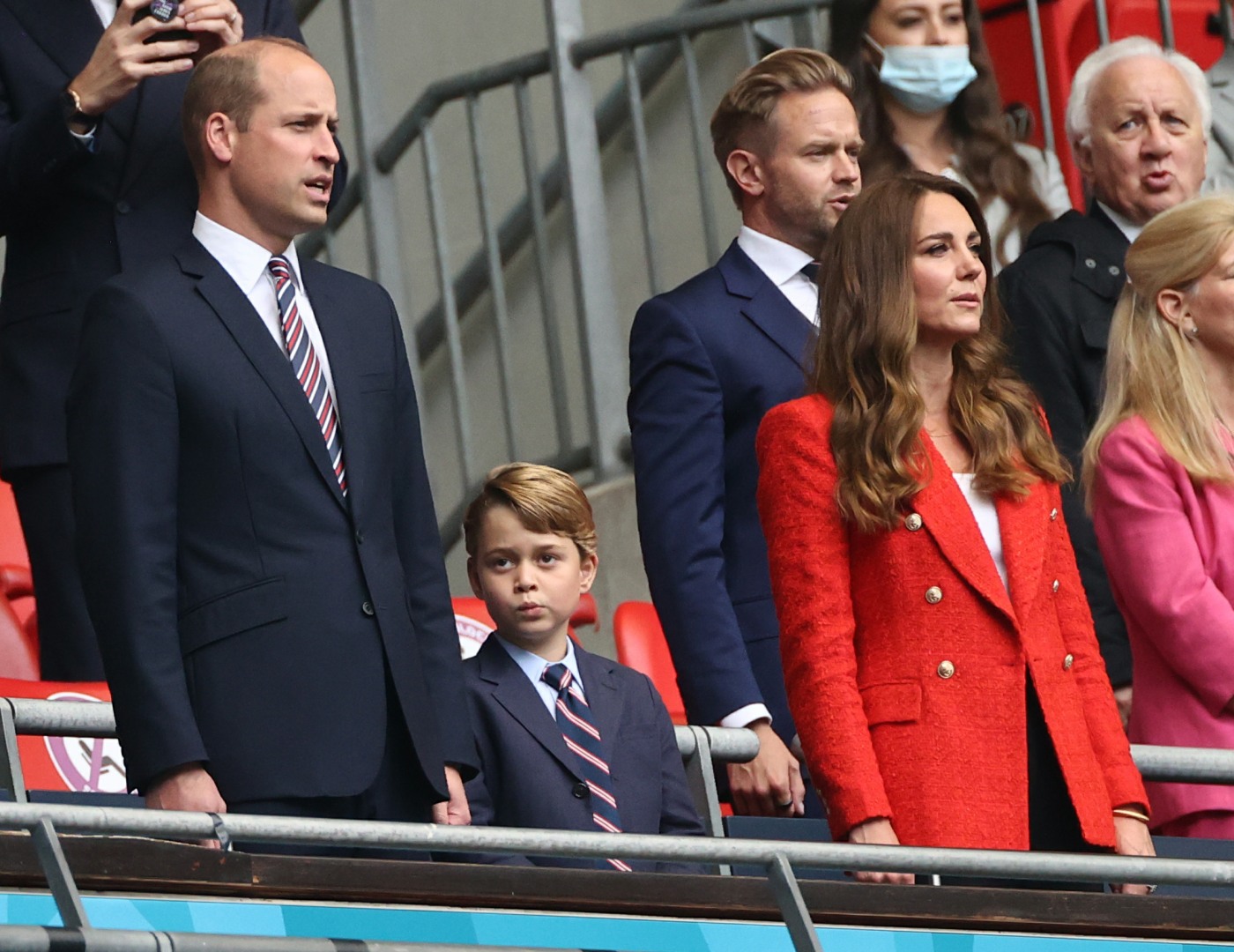 Y’all are some conspiracy theorists. I mean, I am too, and I enjoy theorizing about what’s going on behind-the-scenes of the Windsor clan, but lord, some of you went too far! People are acting like Prince William is going to file for divorce from the Duchess of Cambridge any minute now and that Kate’s “Covid-exposure isolation” is some kind of cover story for how bad their marriage is. That’s not what is happening.

Might I interest you in a different conspiracy? The story about Kate’s surprise “Covid-exposure isolation” is actually the cover story for Kate, William and George being exposed at the Euro football match and no one in the British government wanting to talk about the big rise in Covid infections in recent weeks. The government especially doesn’t want “the second and third in line to the throne being exposed to Covid at a football match” to become a story. Kate is the proverbial canary in the coal mine – she’s isolating and if she tests positive, then George and William will “isolate” and the story will be that Kate possibly infected them. That’s why people are being squirrelly. Speaking of:

Kate Middleton has become the latest to be forced into quarantine thanks to crippling NHS test and trace rules – despite her having both vaccine doses, four negative Covid tests and no symptoms in the past week. The Duchess of Cambridge is holed up in Kensington Palace after coming close to someone who tested positive for coronavirus. Her absurd quarantine has prevented the Duchess from attending the NHS’ 73rd birthday celebrations with William at St Paul’s Cathedral and Buckingham Palace [on Monday].

MailOnline understands she was alerted about the contact with a Covid-infected person on Friday afternoon – after spending most of the day at Wimbledon with VIPs including Tim Henman and Joe Wicks. It means she must quarantine for ten days even if she tests negative, which she has, up to four times, in the past seven days including before and after her Wembley trip with William and George.

It is not known if the Duchess of Cambridge was alerted after being ‘pinged’ via the NHS app, a phone call from test and trace or if she or her team was contacted personally – but William’s ability to continue his duties today means the covid case is unlikely to be in their inner circle.

Kensington Palace said in a statement: ‘Last week The Duchess of Cambridge came into contact with someone who has subsequently tested positive for Covid-19. Her Royal Highness is not experiencing any symptoms, but is following all relevant government guidelines and is self-isolating at home’.

Kensington Palace has not revealed where or when exactly the contact was only saying it was ‘last week’, when Kate’s only two public engagements were at the All England Club on Friday and with William and George at England’s historic win over Germany on Tuesday night.

Yeah, none of this makes any sense unless Kate is a Covid-exposure patsy and other people were exposed at the same time and they are NOT isolating. If Kate was alerted about her exposure “Friday afternoon” after she spent hours at Wimbledon, I would think that the exposure came at the football match on Wednesday. That’s the only thing that makes sense, timing-wise, with what we know of Kate’s public schedule.

The only other explanation I can come up with is that she was possibly exposed at her hairdresser’s salon, or at the doctor’s office where she gets Botox or something like that. That would make sense if KP is hellbent on insisting that Kate alone was exposed and no one in the line of succession. That would also explain the squirrelly behavior, especially if she was exposed by her Botoxologist!

And finally, the conspiracy about why the information was released at the last minute before Kate and William were due to show up to events together on Monday… Kensington Palace is run by clowns. They released the information so late because they don’t believe in disclosing any information to the public. And again, the Johnson government does not want to talk about the rise in Covid infections in the UK.

180 Responses to “Why is everyone being so squirrelly about Duchess Kate’s Covid exposure?”