Embed from Getty Images
On Friday, White House Press Secretary Jen Psaki called out Facebook for spreading vaccine misinformation. She said that it was instrumental in helping spread false information about vaccines, particularly that vaccines cause infertility. She also said that the misinformation is perpetuated by known accounts that Facebook refuses to ban. She said “There’s about 12 people who are producing 65 percent of anti-vaccine misinformation on social media platforms. All of them remain active on Facebook, despite some even being banned on other platforms, including ones that Facebook owns.” President Biden was asked about Facebook after that and he made his stance clear that Facebook is killing people. As a result Facebook has issued a defensive statement saying they’re not killing anyone and that Biden is wrong, essentially. Here’s more from Deadline, including Facebook’s response. Deadline also has more on the statistic about the accounts which Psaki mentioned, which was based on a report from the Center for Countering Digital Hate.

President Joe Biden lashed out at social media platforms as the conduits for the spread of misinformation about the Covid-19 vaccines, reflecting the concern that the White House has over the spread of the Delta variant among the unvaccinated.

As Biden left for Camp David on Friday, NBC News’ Peter Alexander asked Biden, “On the topic of disinformation, what’s your message to platforms like Facebook?”

Facebook has defended its actions to root out disinformation on their platform, but the White House has called for the company to take greater steps.

In response to Biden’s comment, Facebook spokesperson Dani Lever said in a statement, “We will not be distracted by accusations which aren’t supported by the facts. The fact is that more than 2 billion people have viewed authoritative information about COVID-19 and vaccines on Facebook, which is more than any other place on the internet. More than 3.3 million Americans have also used our vaccine finder tool to find out where and how to get a vaccine. The facts show that Facebook is helping save lives. Period.”

Facebook’s incredibly defensive response does not surprise me. They could have started this by saying that they’re working with the administration to make sure that the information on their platform is true and valid. Or at least that they work on this issue internally. Instead they’re saying that they do have some accurate vaccine data too, so it cancels out the misinformation, right? At least that’s what I’m reading into it. The right wing a-holes are having a field day with the Biden administration calling out Facebook finally. They’re whining about free speech and censorship, because that’s what they always do. Those people are a huge component of Facebook’s base and Facebook is pandering to them.

Since that dismissive statement, Facebook has published a blog post detailing their efforts to increase vaccine acceptance and remove misinformation. It’s titled “Moving Past The Finger Pointing” and takes a “who, us?” approach claiming that the Biden administration is blaming “a handful of American social media companies.” You can read that here.

Mark Zuckerberg has testified in front of Congress three times. He did his “aw shucks” act, wasted time answering dumb questions from clueless Congresspeople and did absolutely nothing. That was the outcome last year when he talked to leaders from the Black community as well. Zuckerberg has has had both public and private meetings with Trump. Facebook is a cesspool of misinformation, conspiracy theories and racism. It has radicalized and indoctrinated terrorists. It needs to be heavily regulated and I hope that this administration is going to make that happen.

White House Press Sec. Jen Psaki says “false narratives” circulating on social media like COVID vaccines causing infertility, is the kind of misinformation the administration is flagging for Facebook to censor: "It's been disproven time and time again." pic.twitter.com/Rl4o47bIKV 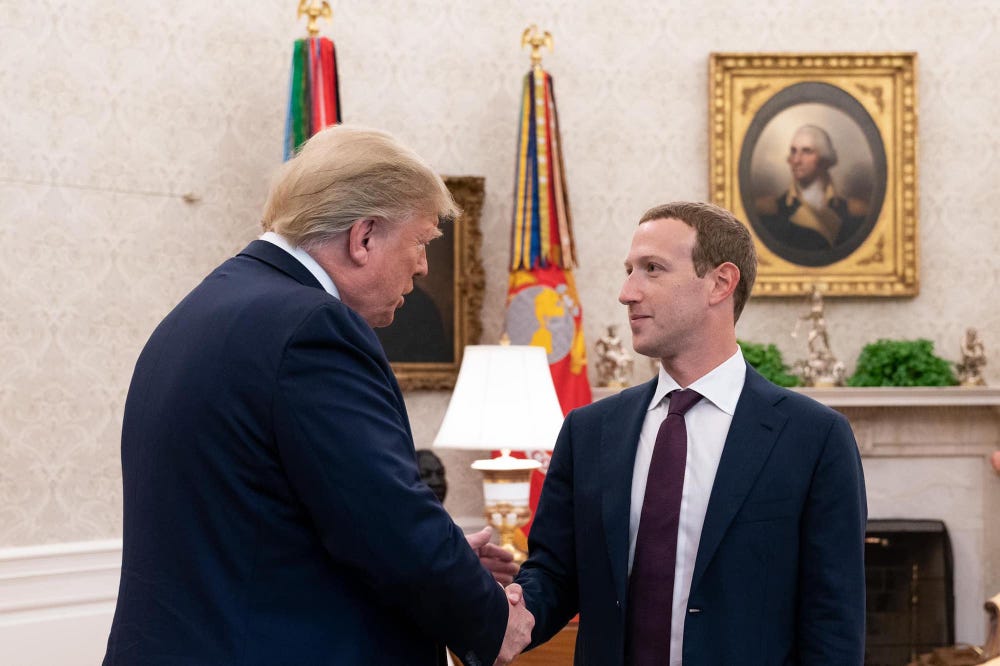