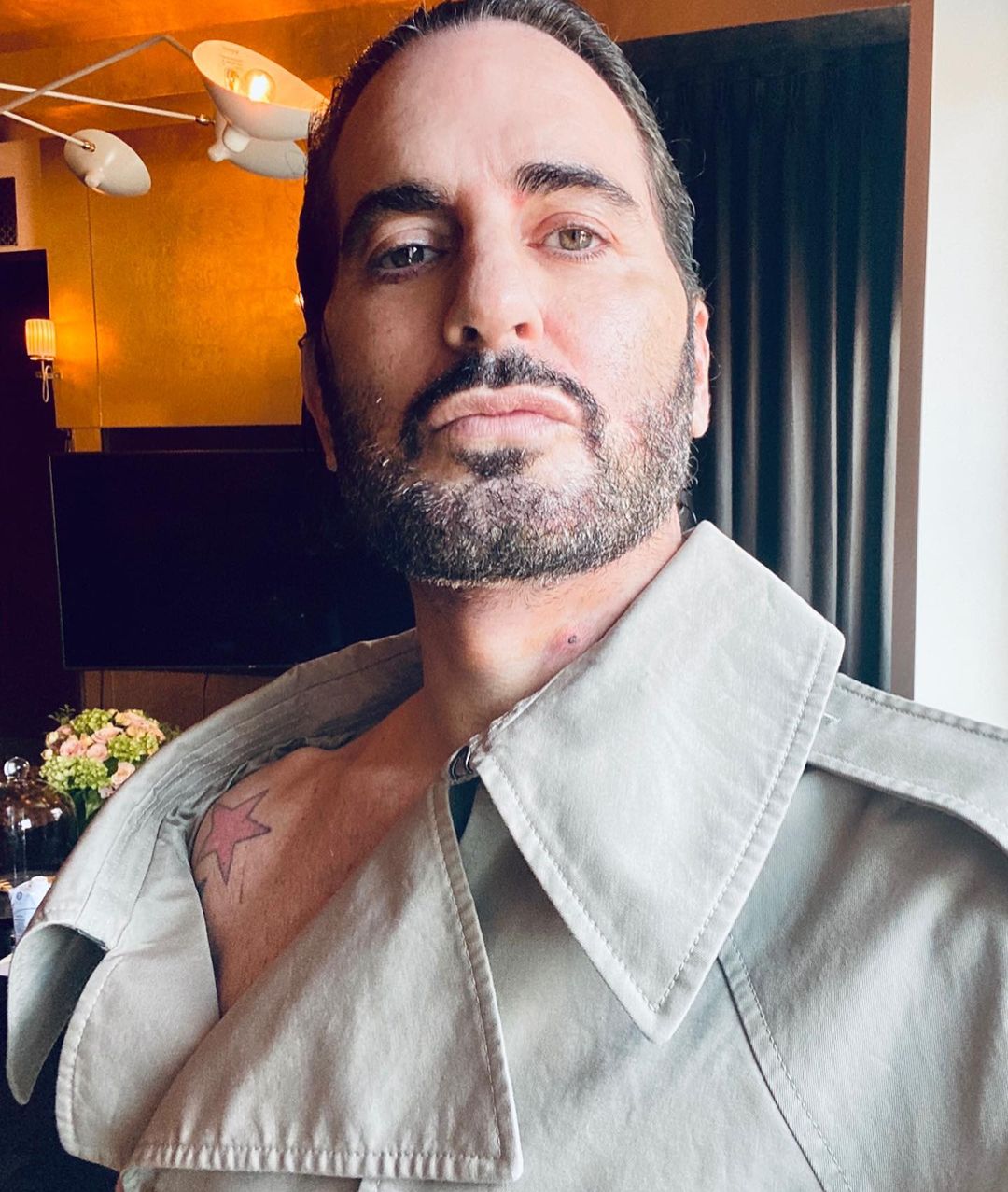 The last few times we talked about designer Marc Jacobs, 58, he was being passive aggressive in 2018 and obnoxious and problematic in 2016. I remember when DListed used to chronicle his sketchy dating life in our early days! Jacobs has been relatively quiet for the last few years at least. He got married a couple of years ago and seems to have mellowed. To Jacobs’ credit, he was one of the designers who refused to dress Melania Trump. He has been open about his negative body image when he was younger. Now he’s had a whole facelift and he’s being open about that too. Jacobs posted photos to Instagram of his face along with the recovery process, which involved sessions in a hyperbaric chamber. People has more on this:

Marc Jacobs…, 58, recently documented his face lift and recovery on Instagram, posting a photo of himself in the New York City office of Dr. Andrew Jacono with his head wrapped in gauze.

He later shared a photo of himself on Friday in an oxygen tank at Hyperbaric Medical Solutions, where he recovered from his surgery. “Getting my oxygen on,” Jacobs wrote, adding the captions: “#doctorsorders #feeltheheal #yesIamokay #he’sgotthatBenjaminButtons #roadtorecovery”

HMS’s website describes hyperbaric oxygen therapy as “an all-natural, non-invasive treatment where a patient simply breathes 100% medical-grade oxygen at an increased atmospheric pressure.” Increasing the body’s oxygen concentration by up to 1,200%, the benefits include body tissue regeneration, fighting infection, and enhancing the body’s natural healing abilities.

I’ll be generous, I hope this settles well for him. As I’ve often mentioned, my mom had a facelift and after a few months she looked incredible. Right now Jacobs looks like a Las Vegas magician with a residency at one of the casinos where you can still smoke. My mom’s healing process was really scary though. Her face was black and blue for a while and it was not an easy recovery. How is Jacobs looking bruise free and fine just three days later? I’ve heard good things about hyperbaric oxygen therapy, particularly for wound treatment. It probably helped him heal faster, but I suspect he’s fudging the dates a little. Now I want to get hyperbaric treatment! It’s supposed to be good for general wellness and healing. I definitely don’t want a whole facelift anytime soon though. I would not want to look that different, even temporarily.

Jacobs in 2019
Embed from Getty Images