Teddi Mellencamp & her husband both got covid, he was unvaccinated & sicker 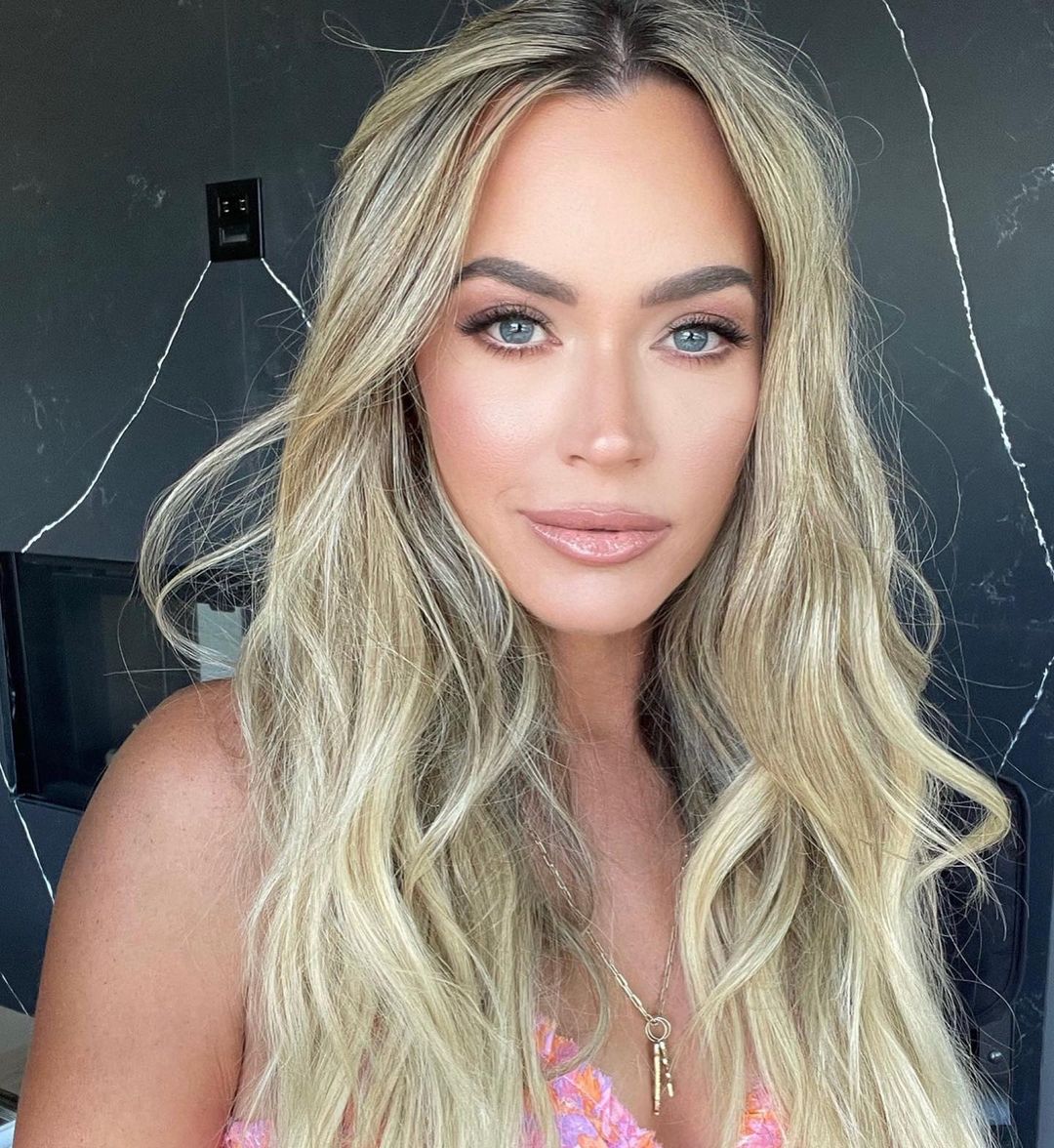 Teddi Mellencamp, 40, is a fitness and diet influencer who used to be on Real Housewives of Beverly Hills. She’s also John Cougar Mellencamp’s daughter. We’ve only covered her a couple of times, when people pointed out that her diet plan was less than 1,000 calories a day and when she was about to be fired from RHOBH. Teddi recently revealed on her podcast that she recovered from a bad bout with coronavirus. She was vaccinated, got sick for about six days and is still getting vertigo. She even fainted once recently, fell and hit her head. It sounds awful but it wasn’t as bad as her husband Edwin’s case. He hadn’t been vaccinated and was sick for over two weeks. Edwin, 44, and Teddi have three children together: daughters Dove, 17 months and Slate, eight, and son Cruz, six. Teddi said being covid positive was hard because she had to also isolate from her kids, especially since Slate has an autoimmune disease. People Magazine has more.

“A while back I had COVID and I didn’t really talk about it because I was just really focused on making sure that I was healthy and my family was healthy,” Mellencamp said on the podcast. “I was vaccinated and my husband was not, which he has since realized what a big mistake that was.”

Mellencamp said that she and her husband “both had COVID and we had to quarantine from our family, and actually from each other.”

“At first, he tested positive so he was quarantined,” she said. “Then I had a feeling so I just quarantined myself as well into another room until I ended up testing positive.”

Mellencamp said that she and her husband “both had COVID and we had to quarantine from our family, and actually from each other.”

“At first, he tested positive so he was quarantined,” she said. “Then I had a feeling so I just quarantined myself as well into another room until I ended up testing positive.”

“Edwin, he was super weak, and it was so many different things and it really was a great reminder how important it is, you know, to get vaccinated,” she added…

Mellencamp, who shares kids Slate, 8, Cruz, 6, and Dove, 1, with Arroyave, said it was “extremely difficult” not to be around her kids while quarantining and that she was constantly “worried of giving it to them, especially because Slate has an autoimmune disease.”

One of her most prominent symptoms, she said, was vertigo — a feeling of dizziness, a false sense of motion, and imbalance.

“I would feel like I was laying on a water bed and then when I’d get up I’d feel dizzy,” she said. “And it kind of lingered with me, even post-COVID, and it had been continuing to happen.”

She fell Saturday night during a bout of vertigo, and fainted when she tried to pull herself back up. The fall caused her to bust her lip and resulted in a black eye.

Recounting the story on Instagram Sunday, Mellencamp called the incident “scary” and said she has “felt really foggy and just not like myself ever since.” She added that she will “be diligent about wanting to understand why it happened.”

Teddi has a Q&A on her Instagram stories now. She said she didn’t disclose her diagnosis online because she wanted to wait until she felt better. She tested negative at day 8 but said “Edwin was still testing positive at day 15.”

I’ve heard so many stories of husbands who won’t get vaccinated. I could not live with, or have a relationship with, an unvaccinated person. I don’t think I could have a relationship with a vaccinated person who refused to wear a mask. As I’ve mentioned many times, the pandemic changed so many of my friendships. (I’m so glad I listened to that podcast with Jenna Dewan yesterday because she said something similar.) My heart goes out to those of you with loved ones who are refusing to get vaccinated. It blows my mind how selfish people are being. Many of them are learning the hard way like Teddi’s husband. Even though some people are being so dumb and stubborn about this, no one deserves to go through covid. (Ok Trump did and Lindsey Graham got it.) Those of us who have been vaccinated, and especially the people who are caring for the unvaccinated sick, are paying the price too. The variants wouldn’t even exist if more people took this seriously.

That’s so scary that she’s still not well and fainted! It looks like she’s ok now though because she posted a video of herself on the elliptical. Covid can still be serious, but is rarely deadly, for people who have had their shots. I really hope boosters are approved within the next month or so.

Why TF do I keep reading wives posting about how their husbands won’t get vaccinated? JFC, the second my husband was eligible he got his. Tell him to get the jab or move the fuck out! Why would you live with someone who didn’t care about YOUR health??? 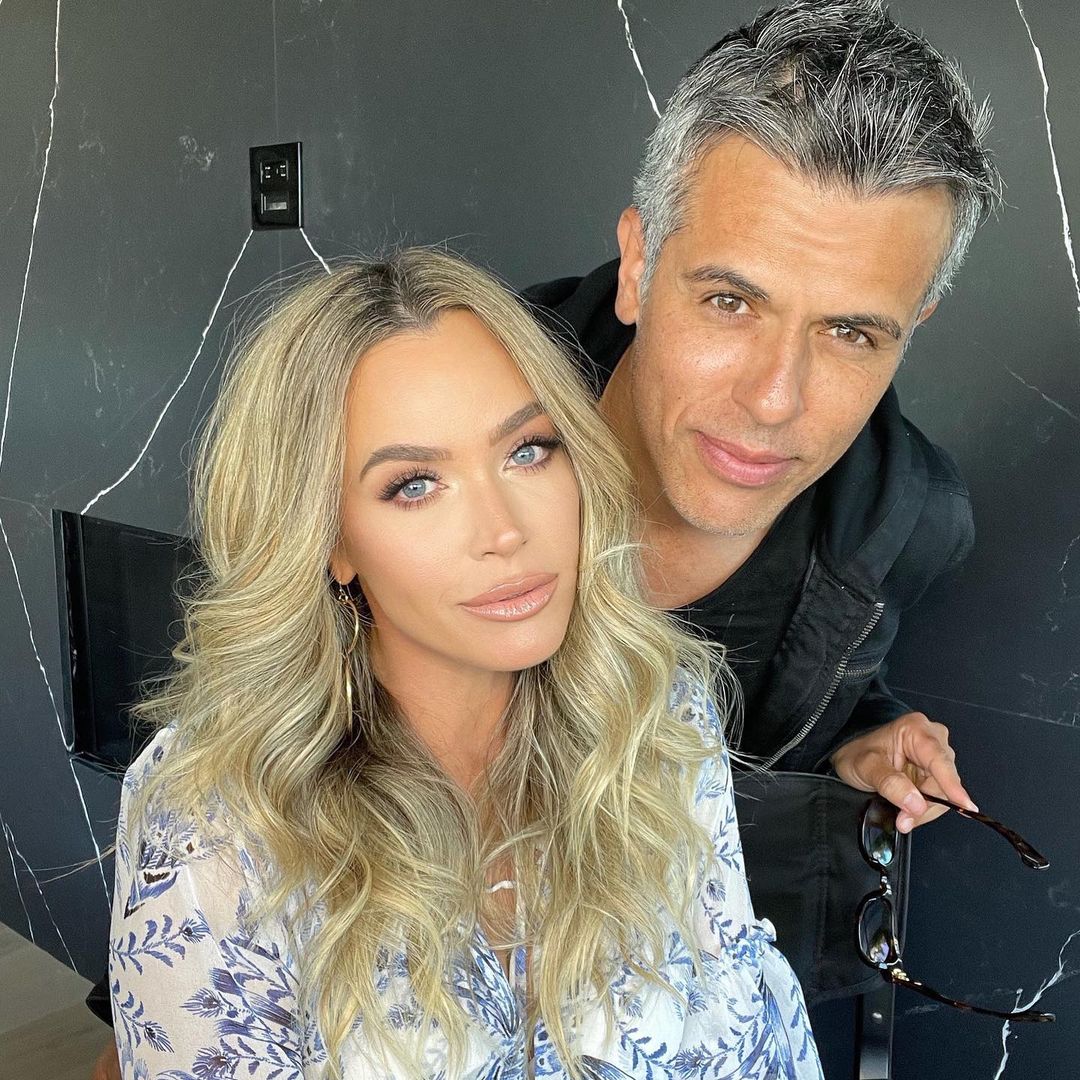 31 Responses to “Teddi Mellencamp & her husband both got covid, he was unvaccinated & sicker”