Several states have been having record level spikes in COVID cases due to the Delta variant, particularly Texas and Florida. Florida’s governor DeSantis has been blocking businesses from requiring vaccine passports and has banned mandating masks in schools. The Miami-Dade ISD superintendent has said he’s weighing his options about mandating face coverings in school and will not let DeSantis’s threats influence his decision. Several public school systems in Texas are also fighting Governor Greg Abbott’s mask mandate ban in schools. Austin ISD has join Dallas in mandating mask wearing in school. Houston ISD is following suit and will be seeking a mask mandate from the school board. But the biggest win is San Antonio’s Bexar County school district who took their case to court. San Antonio has received a temporary restraining order against Abbott’s executive order. Below are a few more details from KSAT:

Effectively, the ruling allows Bexar County and San Antonio officials to issue a mask mandate in public schools and other guidance like quarantine protocol — for now. Officials say they plan to have an order issued by the end of Tuesday. No details have been released yet on the guidance but officials will hold a live press conference at 6:10 p.m.

The order was granted after an hour-long hearing by 57th Civil District Court with Judge Toni Arteaga.

Arteaga said an affidavit from Metro Health Chief Medical Officer Dr. Junda Woo weighed heavily in her decision, as did the vulnerability of children who are returning to school amid a surge in coronavirus cases.

“I don’t do this lightly,” Arteaga said.

The temporary restraining order will remain in effect until another court hearing slated for Monday.

With the ruling, the city and county will “immediately issue an order requiring masks in public schools and requiring quarantine if an unvaccinated student is determined to be in close contact with a COVID-19 positive individual,” according to a news release. According to documents presented in court, they will also require face masks for employees of Bexar County and San Antonio and visitors to city and county facilities.

I am so happy that these school districts are not playing with these foolish governors and the lives of children. Record numbers of children are being hospitalized with the Delta variant. I find it so irresponsible not to track and trace and require students to wear masks or be vaccinated if they are eligible. COVID cases have gotten so bad that Abbott is asking medical facilities to hold off on elective surgeries and recruit medical personnel from outside the state. Floriday has request 300 ventilators from the federal government. And still people are blindly following these idiots who are in some eternal d*ck measuring contest for the GOP. I feel bad for parents having to send their kids to school in districts that are not fighting against these mask mandate bans. I have several young second cousins who have to go back to school in a couple of weeks and I worry about them. I hope that San Antonio will be able to hold on to their restraining order when it goes up again on Monday. Simple mask mandates can save not only these children’s lives but the staff in these schools, too. In the meantime, I am hoping to assist Beto in Texas to get rid of Abbott. No one that self-centered and irresponsible should ever be in a position of power.

The City of San Antonio and Bexar County today filed a lawsuit challenging Gov. Greg Abbott’s authority to suspend state laws that give local officials the needed authority to cope with an emergency. MORE: https://t.co/f3zNla12JX pic.twitter.com/PrUpUvk044

The Dallas Independent School District says that everyone — students, employees and visitors — must wear a mask while on school property, starting today.

The mandate was imposed in defiance of Republican Gov. Greg Abbott. https://t.co/LT2FBqrZtD

Despite taking almost no actions to stop the spread of COVID in his state, Republican Gov. Greg Abbott has directed the Texas Department of Health to use staffing agencies to find additional medical staff from beyond the state's borders as delta overwhelms resources. 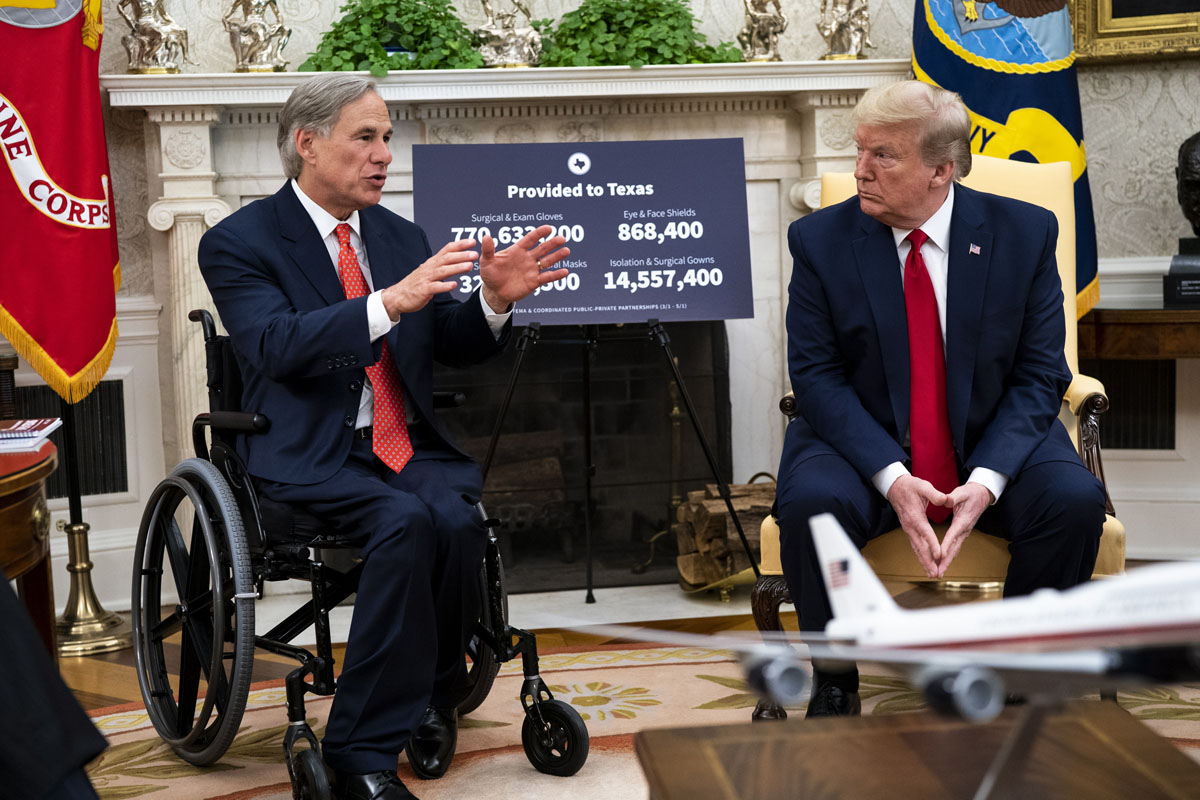