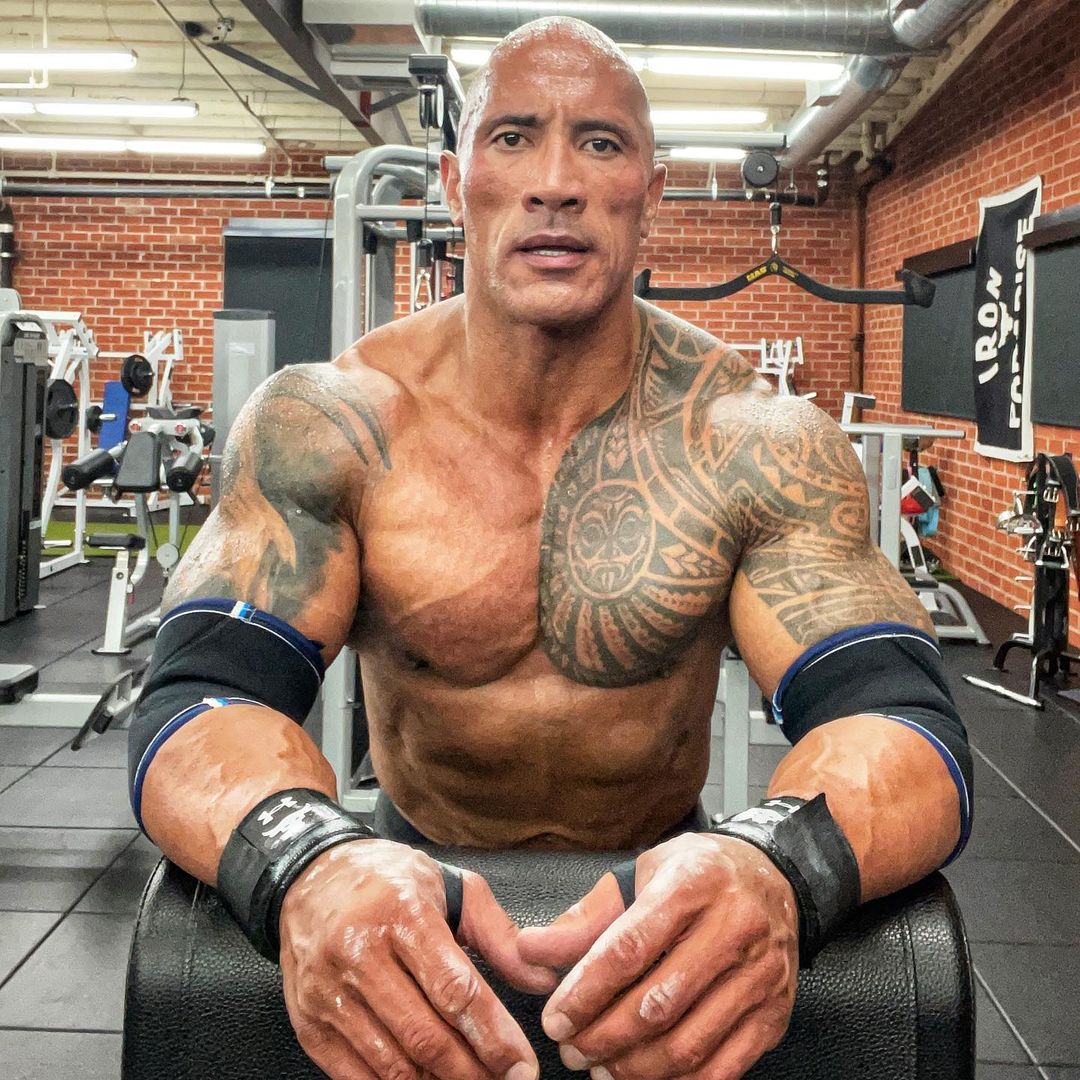 The Rock is a sex symbol full stop. But I don’t know if I am ready to have two Dwayne Johnsons running around. Many fans of the Rock noticed that a patrol officer in Alabama was his spitting image. Lt. Eric Fields of Morgan County, Alabama is often told that he looks like The Rock and Vin Diesel had a baby. Although he finds the compliments flattering, they put a bit of pressure on him. Dwayne of course got wind of his lookalike and was floored at the similarities right down to some tattoo choices. Dwayne gave Lt. Fields a shout out on Twitter! Here’s E! Online’s writeup:

After images of Patrol Lieutenant Eric Fields from Morgan County, Ala. went viral in recent weeks due to his stunning likeness to the 49-year-old Jungle Cruise star, Dwayne took to Twitter on Monday, Aug. 30 to offer his hilarious response. Dwayne retweeted a Bleacher Report post that paired a photo of Eric on the left to one of Dwayne on the right.

“Oh s–t! Wow,” the actor wrote. He quipped about Eric, “Guy on the left is way cooler.”

Dwayne continued by giving a shout-out to his own popular tequila brand. “Stay safe brother and thank you for your service,” he added. “One day we’ll drink @Teremana and I need to hear all your ‘Rock stories’ because I KNOW you got ‘em [face with tears of joy, smiling face with horns, fisted hand and tumbler glass emojis] #ericfields.”

Earlier this month, Eric chatted with Advance Local and quipped that he’s been “called The Rock and Vin Diesel’s love child.”

The 37-year-old officer explained that he finds the comparisons “humorous” and “flattering,” but admitted the similarities bring a certain amount of pressure.

The resemblance between Eric and Dwayne is uncanny. Real talk Lt. Eric is a babe. And of all places Eric could be, he is in Alabama. This is making rethink my vacation plans for the holidays because my crazy ass would drive through Morgan County doing things on purpose just to get pulled over by him. Knowing me, I would ask if I could be taken in. Like I said, I am not sure if the world is ready for two Dwayne Johnsons running around. I wonder if someone will reach out to Eric and Dwayne and have them be in a movie together? I love that Dwayne acknowledged the resemblance and then shouted out Lt. Fields and thanked him for his service. Hopefully Eric won’t get inundated with DMs. I am sure Eric now has an international fanbase after Dwayne Johnson posted the side by side on social media. At any rate, I hope Eric is as clean as Dwayne and as kind, especially in the sort of job that he is in. I am sure those who get pulled over by Lt. Eric are shocked. Hopefully, the folks he pulls over has better sense than me and don’t actually flirt with him. Anyways, I wonder if there are more hot look-a-likes running around in the world?

Oh shit! Wow.
Guy on the left is way cooler.
Stay safe brother and thank you for your service. One day we’ll drink @Teremana and I need to hear all your “Rock stories” because I KNOW you got ‘em 😂😈👊🏾🥃 #ericfields https://t.co/G38tOr68cW 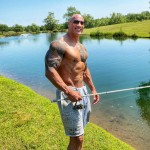 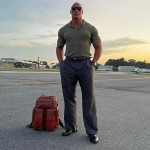 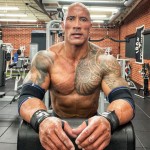