Michaela Coel loves dancing at night in the park: ‘You can’t live in fear’ 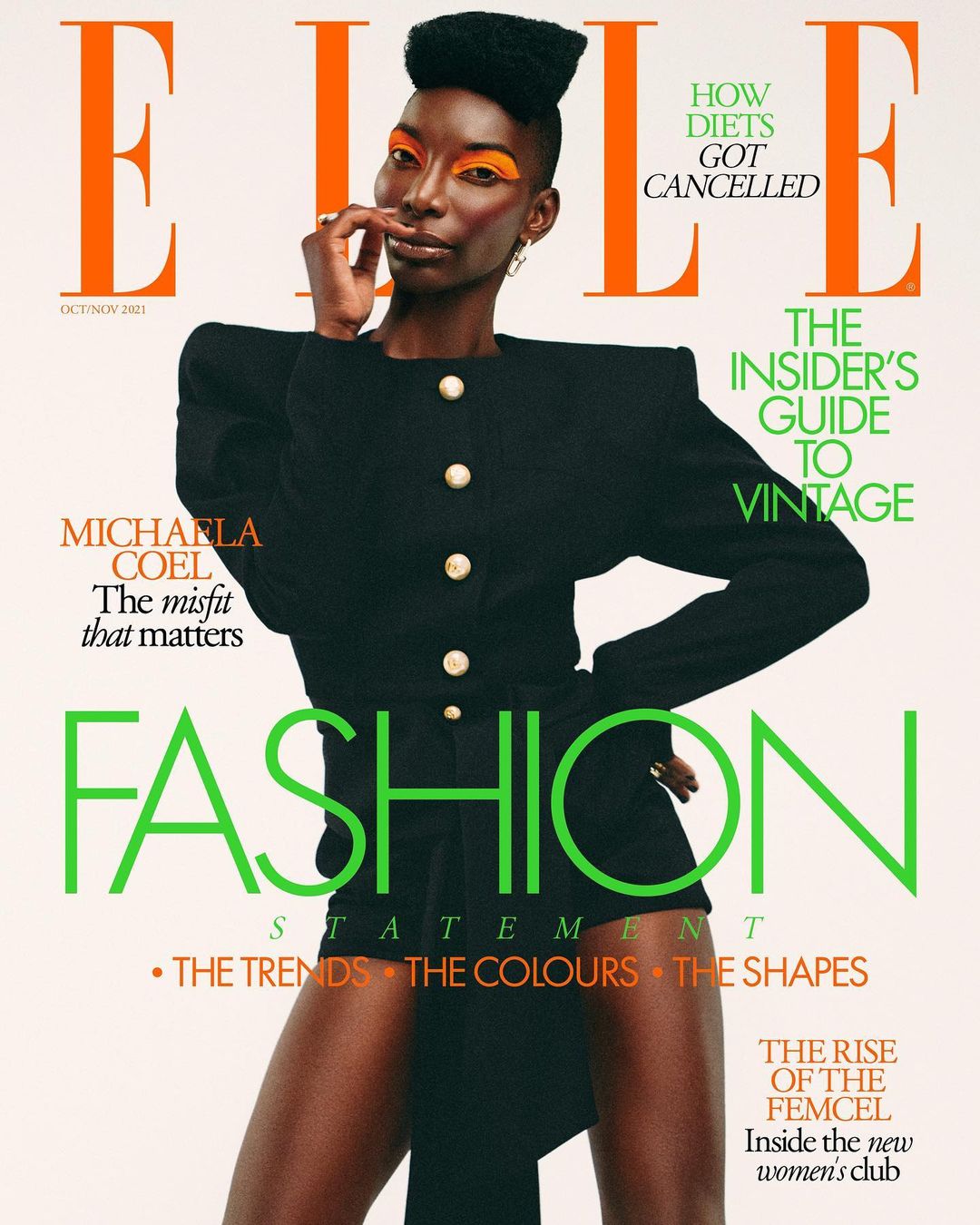 I have loved Michaela Coel’s work since Chewing Gum. I also thoroughly enjoyed her HBO show I May Destroy and was hoping for another season, but it’s probably not happening. After it was announced that Michaela had signed on to an unspecified role in Marvel’s Black Panther sequel I have been completely obsessed with her interviews. I want to know more about Michaela and her process. The woman is a genius. Michaela covers Elle UK this month and she really opens up in the interview. Michaela talks about how she confronted racism on the set of Chewing Gum, how she battled the commandeering of her intellectual property (Chewing Gum) by executives, and how, as a bonafide misfit, she likes dancing in the park at night. Below are a few more highlights from Elle UK:

We are meeting today to talk about her debut book, aptly titled Misfits: A Personal Manifesto. To call it a manifesto, however, would be to underplay both the delicacy and nuance of Coel’s writing. It is warm and funny and all the things you’d expect from a woman who wrote Channel 4’s award-winning series Chewing Gum, as well as 2020’s culture-defining hit, I May Destroy You. (And let’s not forget lines such as: ‘All I’ve done here is eat four-cheese pizza and a d*ck.’) The book charts her life, her friends, growing up in east London, as well as her dramatic James MacTaggart Memorial Lecture given at the Edinburgh TV Festival in 2018. For those unfamiliar with the lecture, it is a big deal in Coel’s world: an hour-long speech typically undertaken by industry veterans such as Rupert Murdoch, Ted Turner and a pre-scandal Kevin Spacey.

She had three months in which to write the keynote lecture, but, in her standard style, crammed it into two weeks, writing alone in a colleague’s house in Somerset. There, in the dark hours, she did what she does best: poured herself and her experiences into words…

She explained how, on the Chewing Gum set, she found all the Black actors in one trailer, while the white actor had their own. She described it as looking like ‘a fackin’ slave ship’, to which a producer declared: ‘I’m not racist!’ ‘I know you ain’t racist, that’s what makes this all so fackin’ bizarre,’ Coel countered. Needless to say, more trailers were quickly procured.

She also did something else at the MacTaggart lecture: she revealed that, while penning the second series of Chewing Gum, she was sexually assaulted after having her drink spiked during a break from writing. It was a shocking revelation, topped only by the further admission that, after the incident, she carried on writing for fear of not delivering her work on time.

‘I am a Black woman and that will always be true,’ she says. ‘And, for me, there is nothing like going to a different country where nobody knows me and experiencing the way security guards follow me around the pharmacy or the grocery shop. The dirty looks I receive, the fact that cars don’t want to stop on a zebra crossing. All these things reinstall that I am a Black woman. As long as these issues are still happening, I am happy to speak, because I could be deluded and forget that that’s a part of me. I’m really lucky that there are places where I’m not known and so it allows me to still experience it.’

I ask her what’s the weirdest thing she does. And that’s when she goes into detail about the dancing. In lockdown, she was running every day. One day she saw a man dancing in the park alone. She was overwhelmed by the beauty of what he was doing. ‘You’re beautiful!’ she shouted, as she ran past him. A short while later they bumped into one another. They exchanged numbers. On Coel’s instruction, they decided to dance together, this time in the dead of night. So that’s what they did. Headphones on. Making shapes under the stars.

Somehow I missed the memo that I May Destroy you was based on a real event in Michaela’s life [trigger warning] in which she was drugged and sexually assaulted while out with friends. That makes my heart hurt even more when I recall how raw her performance was in that show. It now makes a lot of sense that it was cathartic for her. I love how she calls people out on their sh*t compassionately. My favorite part of this interview is when Michaela talks about the man living in a halfway house that she met and invited to her home. They showed their wounds to each other, his being a bullet hole in his leg. I must be a bonafide misfit because I would totally put in my earphones and dance under the moon in a park. The thought just gives me tingles. I love how Michaela seems to grab every opportunity to just live and connect to others. I appreciated that she left a spiritual practice because she didn’t agree with its stance on the LGBTQIA+ community. That takes guts. I cannot wait to see what Michaela does in the future. I feel everything she touches turns to gold. And I really hope that she will be playing the role of Madam Slay in Black Panther. I really feel she would, um, slay that role.

21 Responses to “Michaela Coel loves dancing at night in the park: ‘You can’t live in fear’”