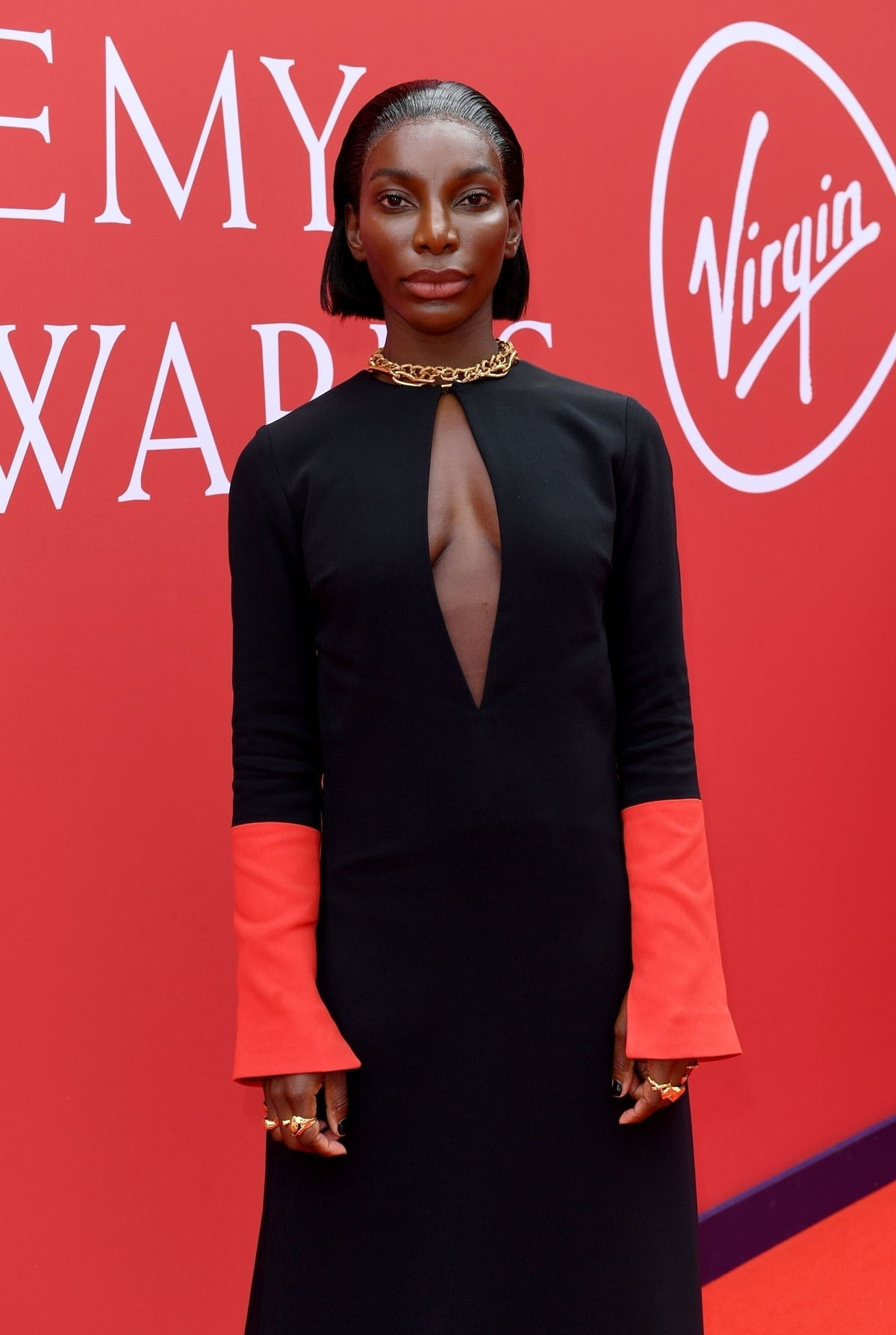 Michaela Coel has been staking her claim on Hollywood since her recent HBO show I May Destroy You. It got so much buzz, but was snubbed by the Golden Globes. Thankfully it was nominated for many Emmys and has been recognized by the BAFTAs and Independent Spirit Awards, among others. In May Michaela appeared on Variety’s Power of Women in Comedy issue. Michaela has just landed possibly THE opportunity of a lifetime. Variety announced Wednesday that she has been tapped for an undisclosed role in the Black Panther: Wakanda Forever sequel. The announcement sent Marvel and Black Panther fans into a frenzy trying to guess what role she will be playing in the Wakandaverse. Below are a few more details vfrom Variety:

“It’s clearly very emotional without Chad,” Marvel Studios chief Kevin Feige told Variety in late June, referring to late star Chadwick Boseman, who died in August 2020 after battling colon cancer. “But everyone is also very excited to bring the world of Wakanda back to the public and back to the fans. We’re going to do it in a way that would make Chad proud.”

As I’ve mentioned, I have been following Michaela’s career since her British show Chewing Gum. That show had me laughing for weeks. After watching I May Destroy You, I now know Michaela can do drama well too so it is going to be interesting having her in the MCU. I have been reading all the speculations on which role she will be playing. Many think she will be Orora Munroe aka Storm who does appear in the Wakandaverse. But I am not sure how that would play out as Storm was married to Black Panther and we will not have T’Challa in the sequel. I wonder if they will go with a different timeline in which Orora was in Wakanda. Since the other actors haven’t been confirmed, she could also play an older Shuri and it is possible she could be playing the villainess Madam Slay, but Erik Killmonger (her lover and ally) is also dead. Either way, I know Michaela will show up and show out and I cannot wait to see how she enhances Black Panther. I am hoping she will be the new MCU’s Storm though because I know she will pull off Storm’s fierceness.

My guesses are Madam Slay, Ororo Munroe, or Aneka.

But I have no idea but I love Michaela Coel joining the MCU. https://t.co/alFHvBLjFF

Michaela Coel has been cast in Black Panther 2. she was definitely born to play Madam Slay pic.twitter.com/CPEpVBUdKq

She would be the perfect Storm no cap 🧢 pic.twitter.com/Ebcp7akoGO