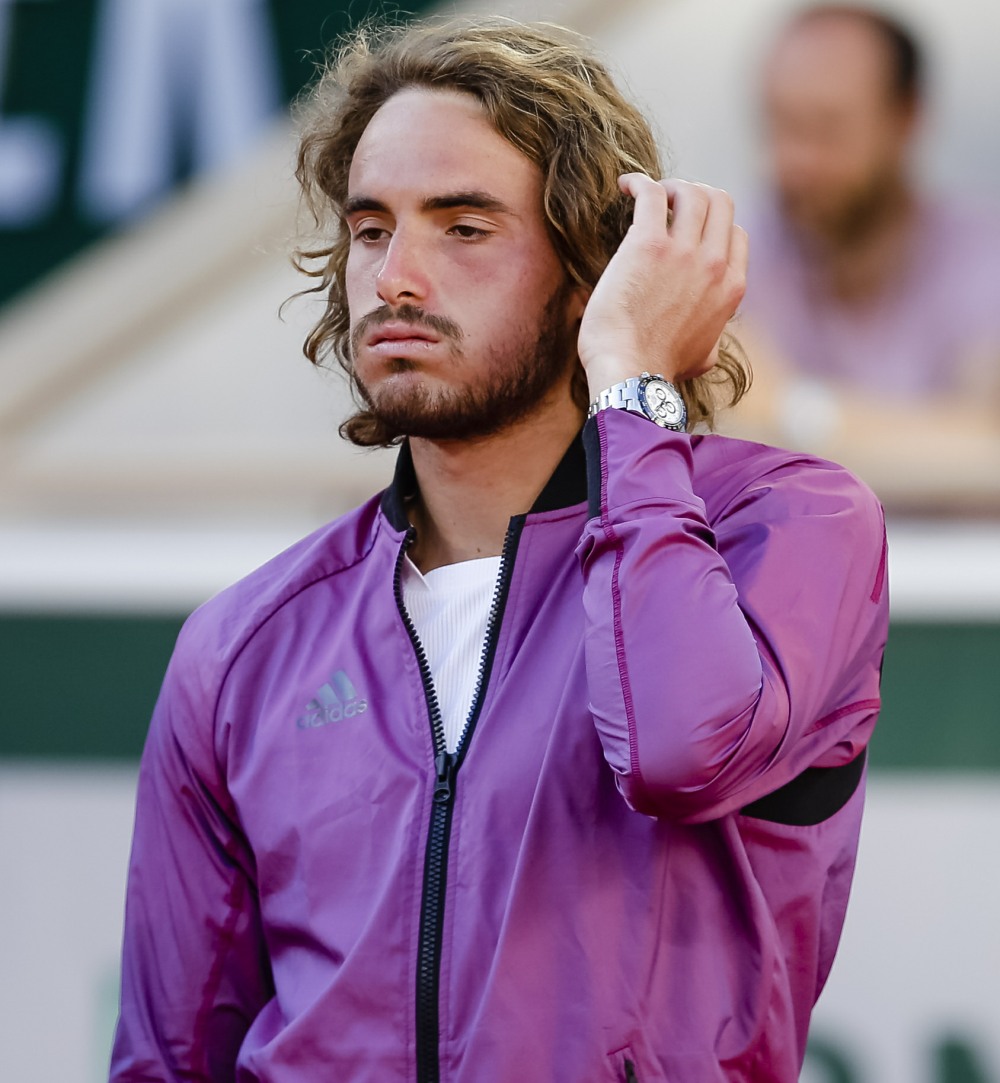 This afternoon, Stefanos Tsitsipas will play his third-round match at the US Open. As the #3 player in the world, he’s been getting great court assignments, and this will be his third match in a row on Arthur Ashe Stadium, the biggest stage at the Open. His first two matches have been mired in controversy, and it actually has nothing to do with the fact that Stefanos is a giant anti-vaxx dumbass. No, for the past few months, people have been obsessing over the fact that Stefanos has some Tsitsipotty drama.

While players have the option of taking bathroom breaks, especially in between sets, it’s basically an unwritten rule that players should only take three to five minutes, tops. Anything longer, it’s considered gamesmanship and such a lengthy break can change the rhythm of a match and a hot player will “cool down” or worse, stiffen up. Stefanos has been taking eight to ten-minute-long bathroom breaks for months now and other players have begun to call him out on it. Stef played Andy Murray in his first round, and Stef took two lengthy bathroom breaks in that five-set match. Andy was beyond furious, telling the umpire that it was unacceptable, complaining to the tournament supervisor and complaining about Stefanos after the match in the press conference. Then in Stef’s second round… he did the same thing. He took another long bathroom break, and when he returned to the court, the US Open crowd booed him.

Stefanos has said repeatedly that he’s not breaking any rules, and technically he’s right. The bathroom-break rule is soft for a reason, because at different tournaments, the bathrooms might be far away. It’s entirely up to the umpire’s discretion whether or not a player is using the bathroom for an unreasonable amount of time. But with this situation garnering national and international headlines on People Magazine, the NY Times, the Guardian, CNN and more, the Tsitsipotty drama is coming to a head, so to speak. Players are now calling for a rule change and a time limit. Which I think will absolutely happen. They will call it The Tsitsipas Rule too.

Add to all of this, both Alex Zverev (an alleged abuser) and Andy Murray (a mensch) have raised another issue with Stefanos in particular: the idea that he’s going to the bathroom for so long because he’s taking his phone in there and he’s getting coached by his father (who is his coach). This theory has legs, because often Stefanos will return from a bathroom break and he’ll start playing with a new strategy. So yeah…it could absolutely be cheating too. My guess is that Stefanos is just going to keep taking these long-ass breaks until they make a rule change.

Fact of the day. It takes Stefanos Tsitipas twice as long to go the bathroom as it takes Jeff Bazos to fly into space. Interesting. 🚽 🚀

Stefanos tried to call out Andy and it blew up in his face. This is embarrassing.

Embarrassing, he was so confident that he prompted it. 😭😭😭😭 pic.twitter.com/KWIU6hDcM3