Miles Teller is apparently unvaccinated, then got Covid on the set of ‘The Offer’ 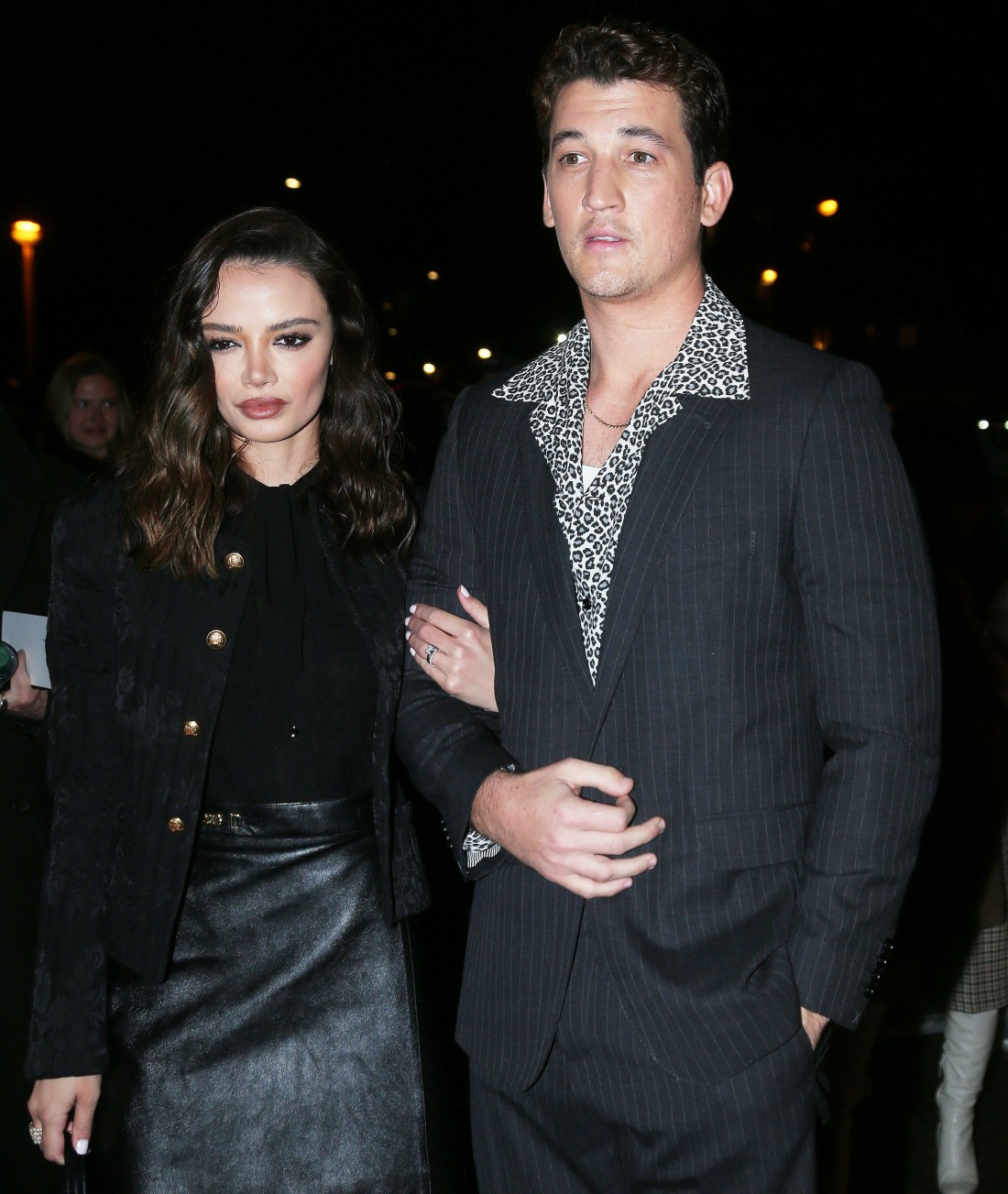 If you didn’t know that Miles Teller is an actor and I just showed you a photo of his dude-bro face, wouldn’t you think “MAGA anti-vaxxer”? It’s his face. That’s just the vibe he gives off. I have no idea if he’s actually MAGA, but he’s apparently unvaccinated and causing a commotion on the set of The Offer. Miles ended up being the miniseries’ second choice for the lead role after Armie Hammer dropped out in a storm of abuse controversy. The Offer is about the making of The Godfather, and Miles plays Albert S. Ruddy, whose memoir is the source material for the series (holy sh-t, Matthew Goode is playing Robert Evans!!). The miniseries has been filming for a few months, and in July, the production was shut down briefly because…people tested positive for Covid. And Miles was suspected to be the unvaccinated Typhoid Mary.

Whiplash star Miles Teller was unvaccinated and refused a Covid test before testing positive on a Hollywood set, shutting down production, a senior industry source claims. Filming for Paramount Plus Series The Offer was shut down on July 28 after a production member tested positive for the virus, according to a studio spokesperson. And a source close to the executive team for the show told DailyMail.com that that patient is Teller, 34, and that the actor had refused to get a vaccine or a previous Covid test before testing positive on set in Los Angeles.

‘Miles Teller is not vaccinated. He wouldn’t even get the test,’ the source told DailyMail.com. ‘Now he’s brought the virus to the set and the whole set had to shut down.’

The star’s publicist, Lauren Hozempa, told DailyMail.com: ‘Your facts are incorrect,’ but declined to elaborate further.

Property records list Teller’s address as a $2.5 million home in Studio City, Los Angeles. A woman who answered the intercom at the property told DailyMail.com she did not know him, even though a UPS delivery ticket stuck to the intercom was addressed to M. Teller.

Teller, who had a leading role in The Spectacular Now and the Divergent series, stars in The Offer, a show about the making of the blockbuster 1972 movie The Godfather, alongside Giovanni Ribisi, Collin Hanks, Matthew Goode, Juno Temple and Dan Fogler.

‘Out of an abundance of caution, we have temporarily halted production… We will continue to follow all safety protocols and monitor the situation closely,’ a spokesperson for Paramount Television Studios told Deadline. Filming has since resumed for The Offer and Teller returned to the set.

“Your facts are incorrect” – what the hell kind of denial is that? That being said, it’s gross that the Daily Mail sent someone to his home and rang the intercom. I’m not advocating for the harassment of anti-Vaxxers at their homes, come on. Harass them on the street, fire them from their jobs and yell at them online, by all means. But it’s creepy to go to someone’s home. Anyway, SAG-AFTRA needs to mandate vaccines to all of their union members. Every Hollywood production, studio and streaming company needs to mandate vaccines. The end. And Miles Teller seems like a total douche. 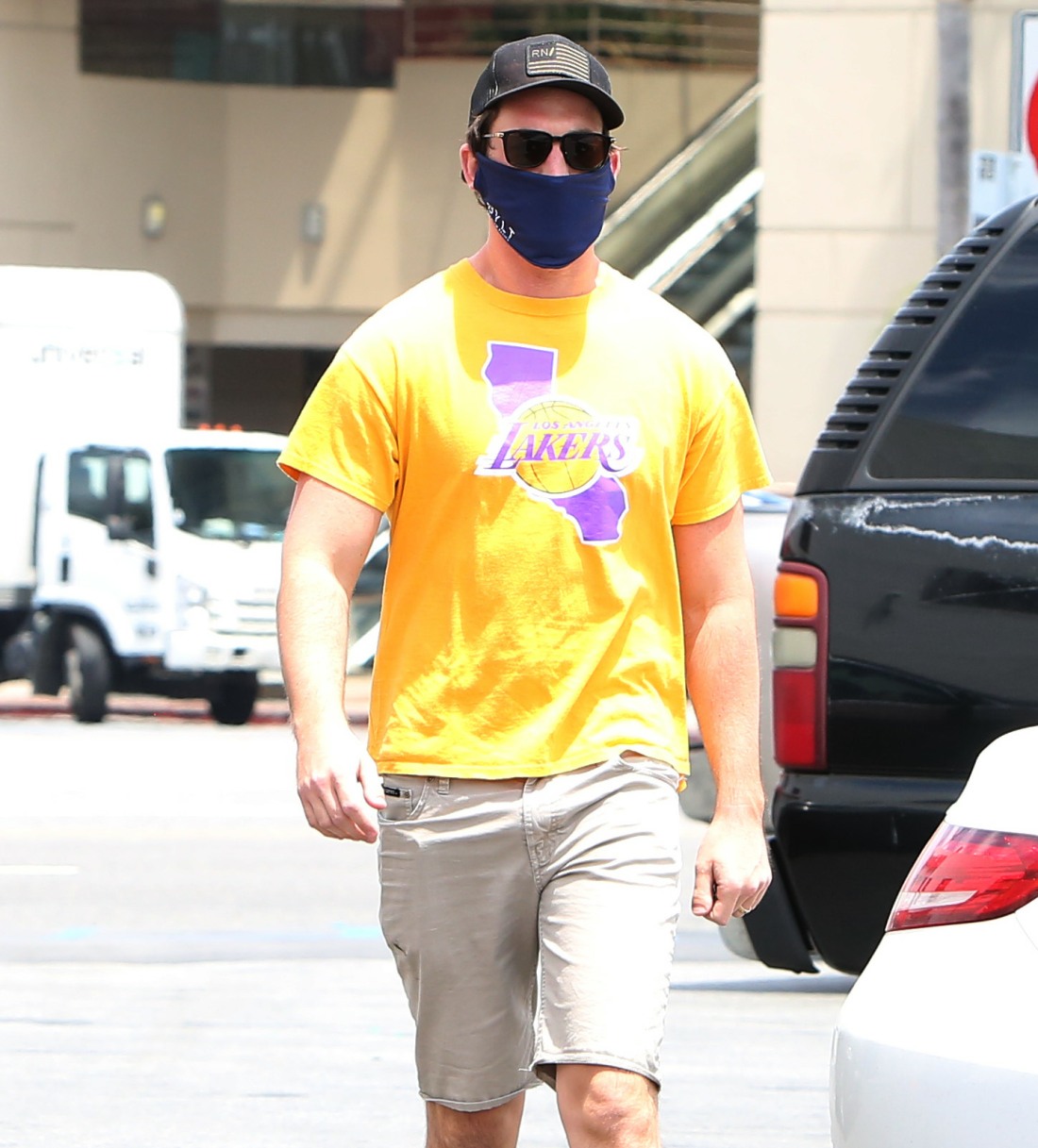 32 Responses to “Miles Teller is apparently unvaccinated, then got Covid on the set of ‘The Offer’”