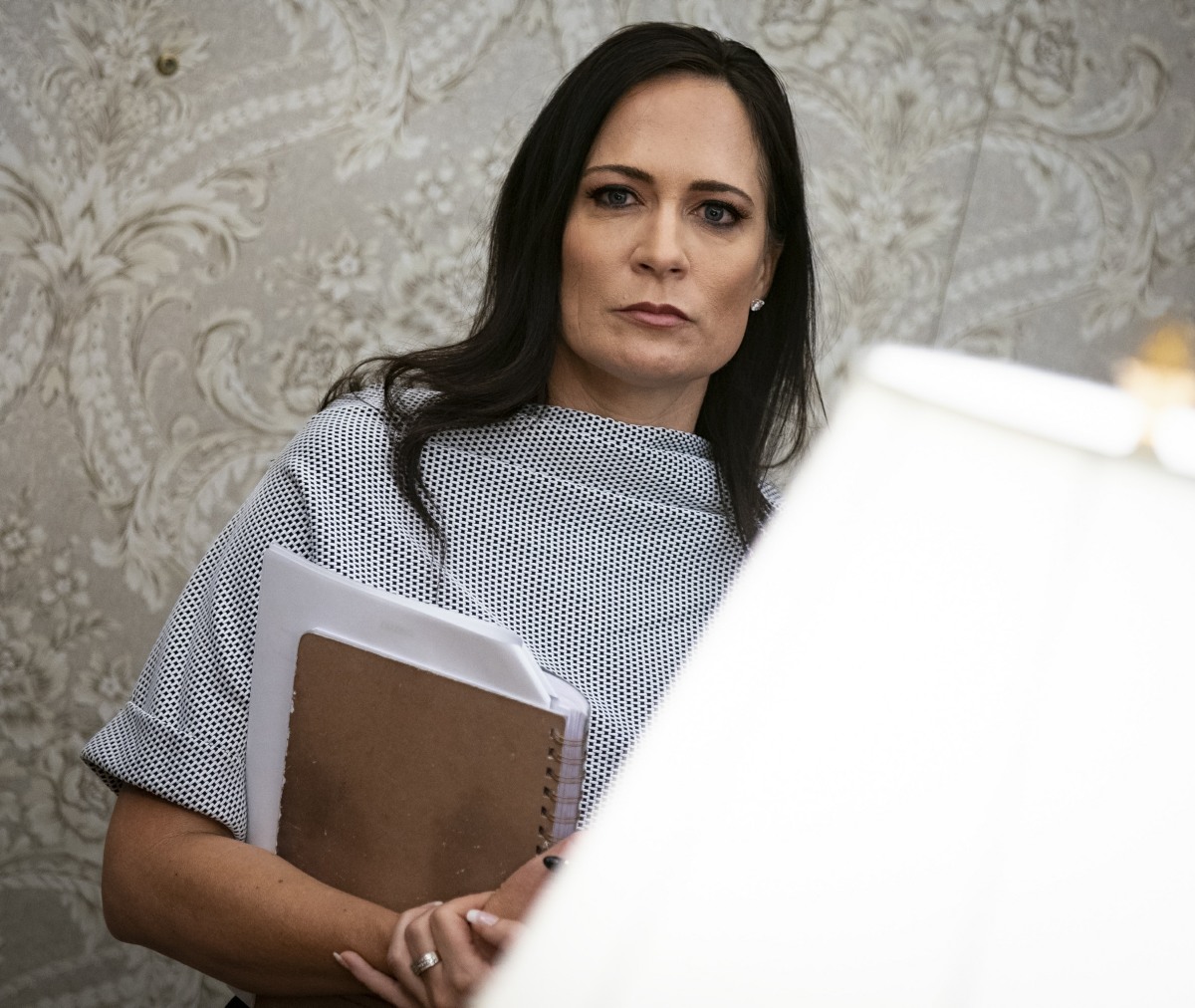 Stephanie Grisham wasn’t the most well-known name of the Trump “administration,” but she did have some kind of profile. For the bulk of the Trump years, Grisham was Melania Trump’s chief of staff and oft-quoted spokesperson. Grisham left the impression (with me) that she and Melania were birds of a feather: petty, thin-skinned and pretty stupid. In 2019, Grisham moved from the East Wing to the West Wing when Trump appointed her to the White House press secretary and communications director positions (a two-for-one deal, apparently). She also refused to do any press briefings, formally or informally, but she loved to go on Fox News. You get the idea. I also remember that she was one of the White House senior staff who “resigned in protest” immediately following the January 6th insurrection this year. She quit two weeks before her job was over and pretended that she was making some kind of moral stand. Anyway, Grisham has written a memoir and people are WORRIED.

Stephanie Grisham has quietly written a top-secret memoir of her four years in Donald Trump’s White House, and a publishing source says she’ll reveal “surprising new scandals.” The book — “I’ll Take Your Questions Now: What I Saw in The Trump White House” — will be published Oct. 5 by Harper Collins.

A former West Wing colleague of Grisham’s tells Axios: “When I heard this, all I could think about was Stephanie surrounded by a lake of gasoline, striking a match with a grin on her face.”

A source close to the publication told Axios: “Grisham knows where all the bodies are buried because she buried a lot of them herself.” The source says Grisham “has receipts … she was a press person and it was her job to make sure she knew what was happening.”

Grisham is the only person to have served as a top aide to both President Trump (White House press secretary and communications director) and first lady Melania Trump (chief of staff). She knows the family well and will shed new light on their dynamics with her first-person account, the sources said.

Melania Trump guarded her privacy intensely and trusted almost nobody during her time as first lady. Grisham, as her chief of staff, was one of the very few allowed into her inner sanctum. She saw another side of the Trumps — in the residence — that most staffers never got to see.

Until now, only a handful of people knew of the book’s existence. Grisham has deliberately kept a low profile since she resigned on Jan. 6. The book is heavily embargoed, with code names used for the project. And there’s been a dummy Amazon link.

Grisham’s former West Wing colleague tells Swan: “There isn’t enough water on earth to contain the fire she could set to all of Trump world, including parts like the first lady’s orbit, which not many people are in a position to illuminate. It’s hard to articulate how much anxiety this is going to cause.”

I still have the same opinion about all of the Trump World memoirs: f–k ‘em. All of those f–knuts knew exactly what kind of man Donald Trump was and is. All of ‘em knew that Melania Trump is trash as well. Spare us all the accounts of just when you realized you were working for a racist predator and his enabling wife. Now, all that being said, I will cover the dramas and excerpts from Grisham’s book. That sh-t is gossip and I imagine Grisham does have some good tea. I just won’t have any sympathy or pity for her while I’m enjoying her tea. 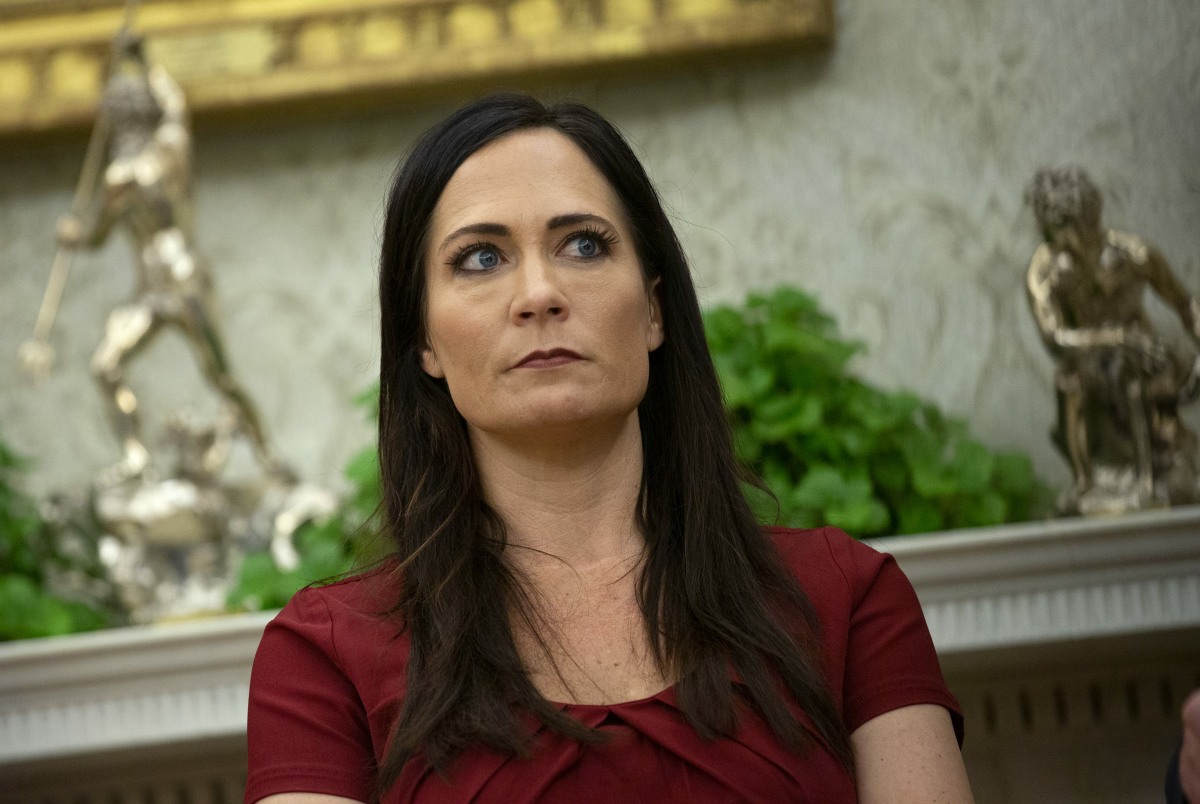 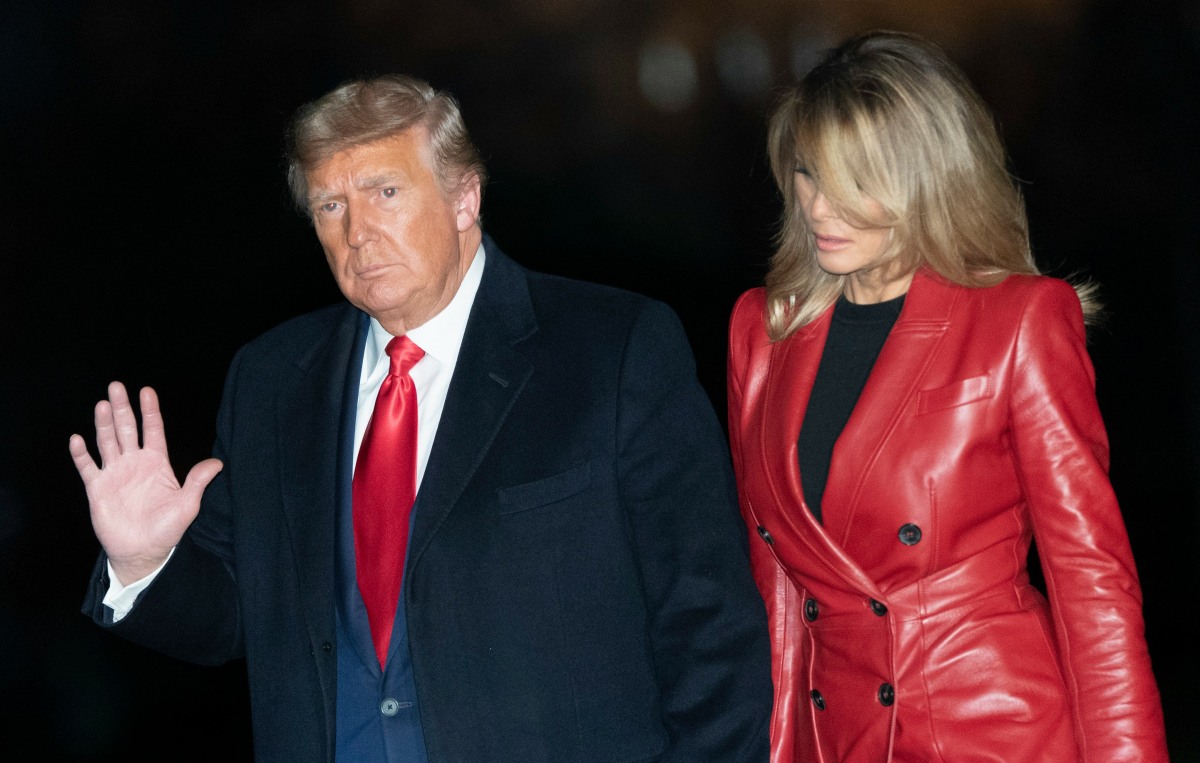