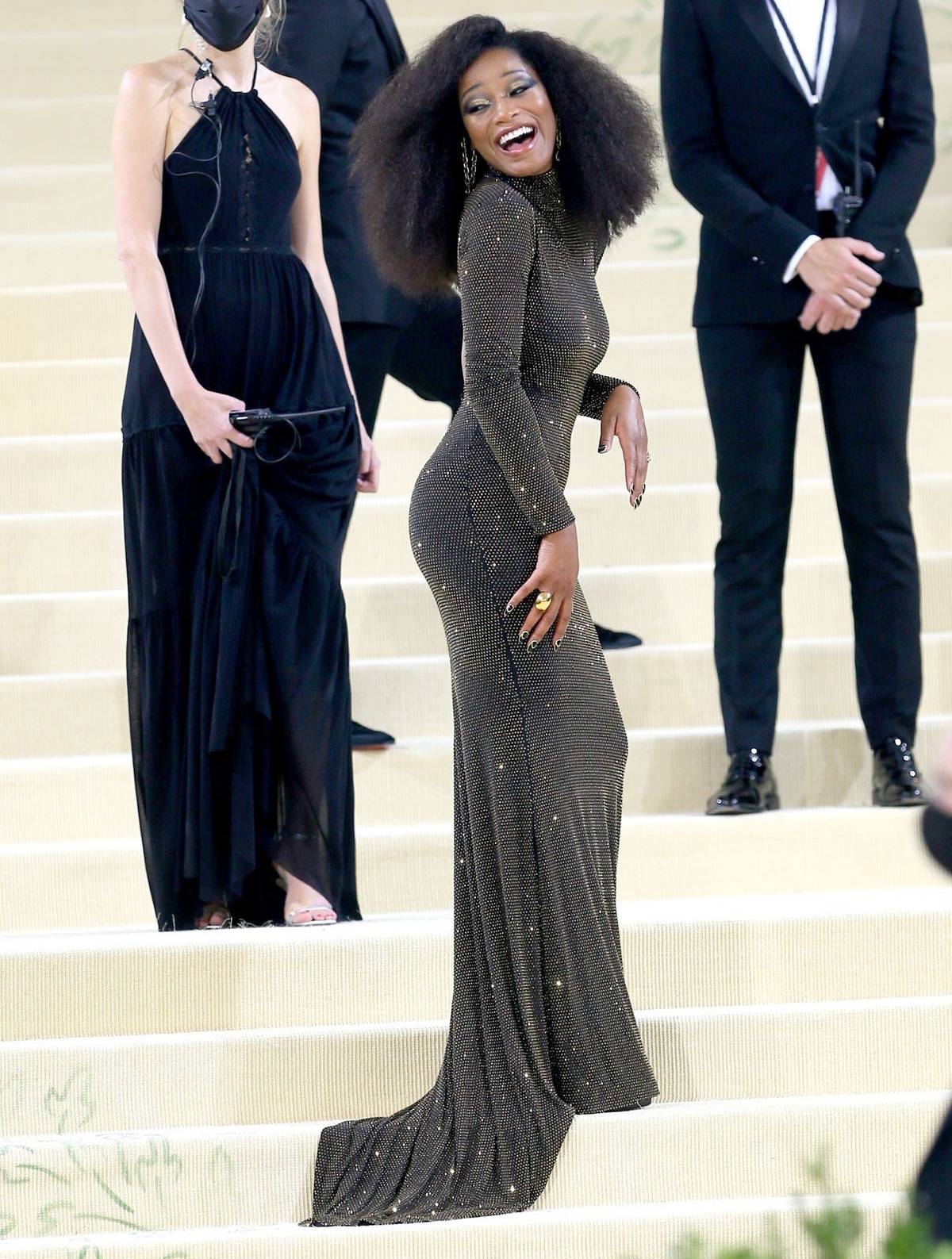 Keke Palmer was all over the Met Gala, as she was co-host of Vogue’s red carpet live stream. Keke was soooo good at it. She had read her briefing notes, she knew practically everyone there, she knew how to transition between small talk, fashion IDs and real talk, and she made it all look easy. I agree with CB – Keke needs her own talk show, right now (Keke did co-host a GMA spinoff talk show with Michael Strahan and Sara Haines but it was cancelled during the pandemic). Anyway, after busting her ass for hours on the Met Gala carpet, Keke went inside the event. The Met Gala really is a “dinner,” and the hundreds of people in attendance are supposed to receive a multi-course meal. This year, the meal was entirely vegetarian and Keke gave people a glimpse of one of the courses: 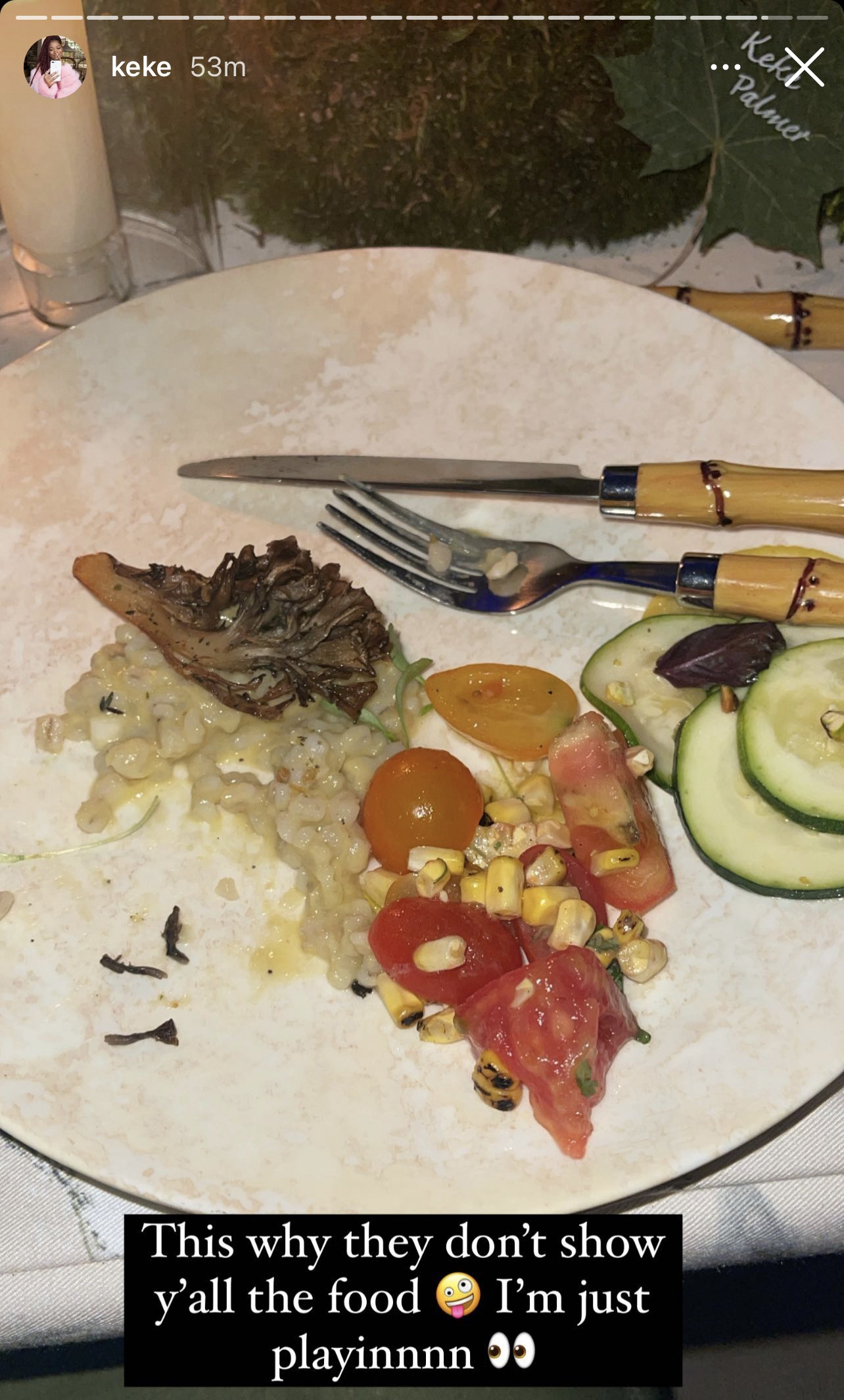 That looks okay… for a first course of a five-part meal. But if I paid thousands of dollars for a ticket to an elite event, yeah… I’d want more and I’d want better quality. Keke’s post upset people and there were suggestions that the Met Gala menu was done by the Frye Festival people. Well, the Met Gala chef is clapping back:

The Met Gala chef curator is defending the quality of the food served at the ritzy shindig … this after Keke Palmer posted pics of the grub that seemed reminiscent of the Fyre Festival. Marcus Samuelsson — the restaurateur/chef who helped select the 10 up-and-coming chefs who created the Met Gala menu — tells TMZ … for starters, yes, Keke’s picture is in fact some of what was served at the $30k-$50k per ticket soiree.

As for Keke’s plate, Marcus tells us it was barley topped with roasted mushrooms, tomato salad with corn and zucchini slices. Marcus says food, like anything, is a matter of taste, and it tasted plenty good. Marcus says the 3-course meal was delicious … and the feedback he got has been incredible.

Marcus, in collaboration with Bon Appétit, selected and then challenged 10 NY chefs to create a sustainable, plant-based menu … hence all the fruits and veggies. However … Keke’s pic, which was displaying the entree, had just about everyone talking smack on social media.

I’m all for vegetarian menus and vegetarian options, but dang, they really should have a “hungry bitch” option. I feel the same way about the Oscars – the Governors Ball happens right after the Oscars and they serve dinner, and I’m not sure they could get away with this kind of thing, because those people are HANGRY. And yeah, a three-course vegetarian meal with small portions probably isn’t that filling either. Reportedly, the Met Gala menu also had a “watermelon pumpkin salad” (the f–k) and dessert was an apple topped with chocolate mousse. I just… ugh.