LeBron James was ‘skeptical’ about vaccines but he still got vaxxed 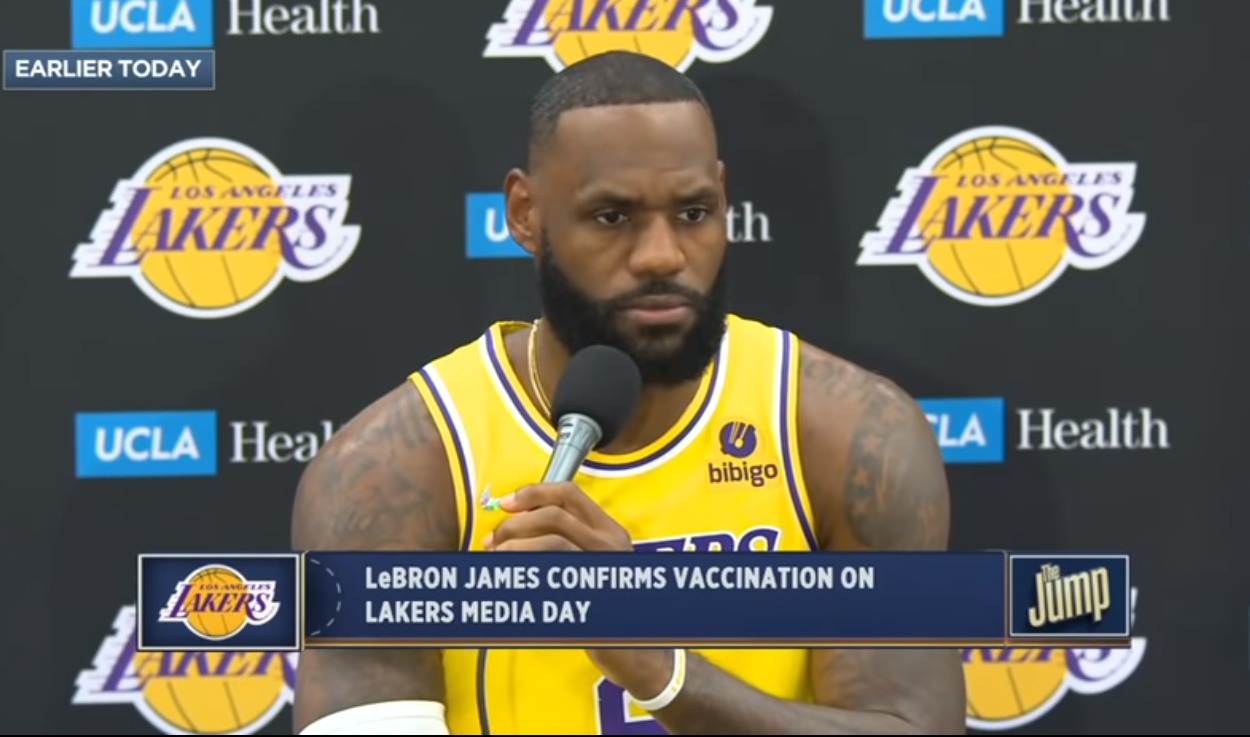 LeBron James played late into the last NBA season, which partially adhered to bubble rules. He managed to get through the spring without ever talking in depth about vaccines and whether he had gotten the Covid vaccine or planned to. Yesterday was Media Day for the Lakers, and one of the first questions he got was obviously about Covid vaccines. The NBA already has a better record than the NFL on vaccinations, and several NBA teams have succeeded in doing “soft mandates” for players and behind-the-scenes workers. The general manager of the Lakers hasn’t mandated it, but he’s strongly encouraged everyone to get vaccinated. So here’s what LeBron had to say:

LeBron James, the Los Angeles Lakers star, said Tuesday that he had been vaccinated against the coronavirus, after evading questions about his vaccination status last season. Several other high-profile N.B.A. players have resisted getting vaccinated ahead of the start of the N.B.A. season next month.

“I think everyone has their own choice to do what they feel is right for themselves and their family,” James said. “I know that I was very skeptical about it all, but after doing my research and things of that nature, I felt like it was best suited for not only me but for my family and my friends, and that’s why I decided to do it.”

James did not say which vaccine he had taken, or the number of doses he had received. He also said he would not use his platform to publicly encourage others to be vaccinated.

“We’re talking about individuals’ bodies,” he said. “We’re not talking about something that’s political or racism or police brutality and things of that nature. So I don’t feel like for me personally that I should get involved in what other people should do for their bodies and their livelihoods.”

Rob Pelinka, the general manager of the Lakers, said last week that he expects the team’s entire roster to be fully vaccinated ahead of its season opener against the Golden State Warriors on Oct. 19. Kent Bazemore, one of the team’s new players, said he was reluctant to be vaccinated before Pelinka persuaded him to receive his first dose.

LeBron is getting credit – as he should – for talking about being vaccinated and making sure his family is vaccinated, and being open about his early skepticism. Good for him on all of that, but… this bugs: “I think everyone has their own choice to do what they feel is right for themselves and their family.” Why are dudes constantly “borrowing” the language of “my body my choice” for vaccines? Covid is a public health crisis and a deadly viral illness. This isn’t about “choice.” Oh well, I hope LeBron convinces some people to trust the vaccine.