Aaron Sorkin: Abusive bully Scott Rudin ‘got what he deserves’ 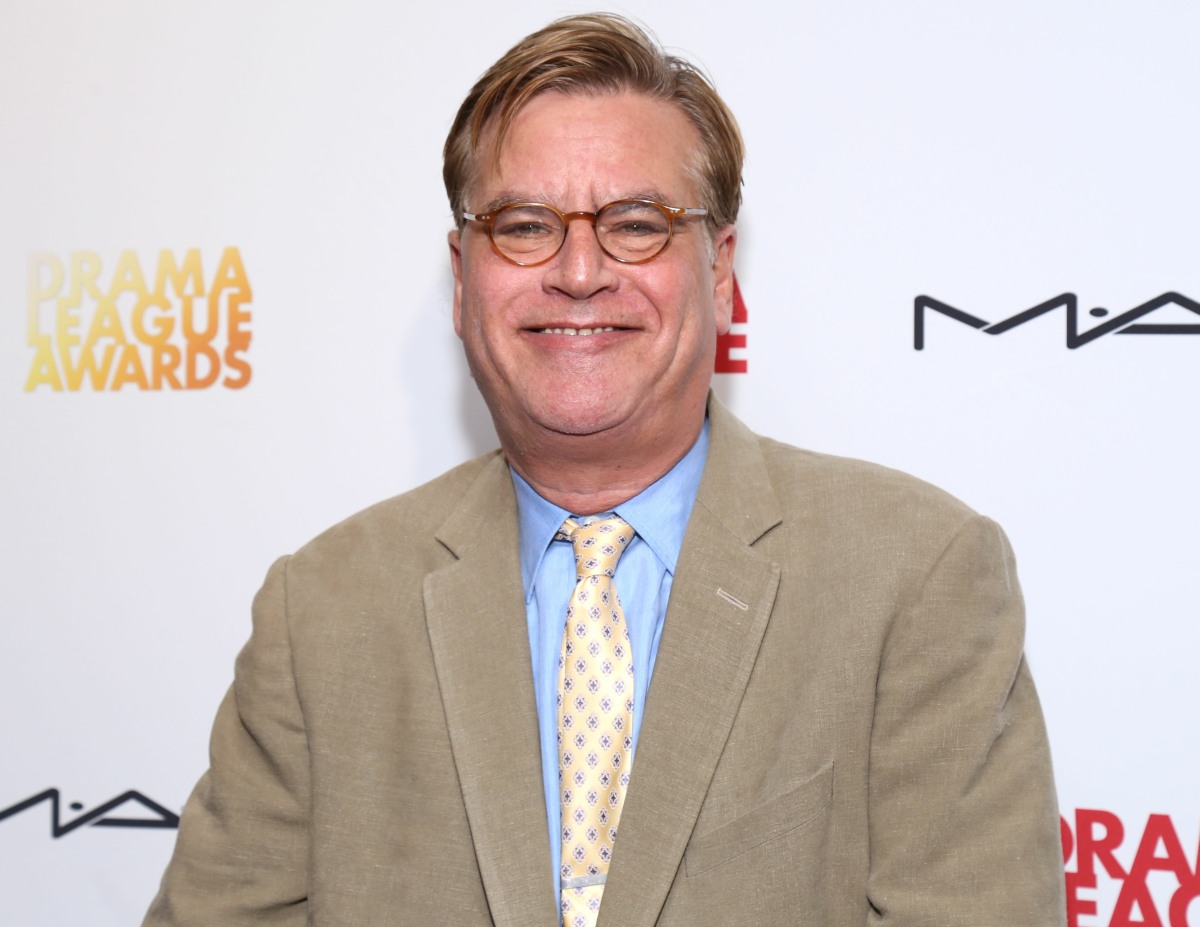 In April of this year, The Hollywood Reporter did a cover story about producer Scott Rudin. For many years, Rudin has been one of the biggest names behind-the-scenes, producing awards-bait TV shows, films and Broadway shows. THR’s cover story revealed something which was common knowledge in Hollywood and New York: Rudin is an abusive monster who terrorized staffers – men and women – for years. He destroyed careers on a whim, he traumatized young interns and writers and he is an egomaniacal douchebag, basically. In the months since THR published that story, most of Rudin’s collaborators backed away from him, but few actually said anything about him (for or against) publicly. Well, Aaron Sorkin is promoting the Broadway return of his adaptation of To Kill a Mockingbird. Rudin produced the original, pre-pandemic run and Sorkin was asked about what he knew and when he knew it. From Vanity Fair:

Sorkin on removing Rudin from the show: “There was only one conversation. It was a Zoom call with Bart, Scott, and myself, and it was made clear that Scott would no longer have any relationship with To Kill a Mockingbird, either the Broadway company or the London company or the national tour. So Scott isn’t involved anymore. And we brought in a wonderful producer named Orin Wolf, who was already producing the national tour. He’s doing a great job as captain of the ship now.

Whether Rudin has a financial stake in the show: “Scott’s no longer compensated as a producer of the show—and he’s not pulling the strings from backstage. He has a stake as an investor, which will continue to be honored.

Sorkin collaborated with Rudin a lot: “In the last, I think, 12 years, I’ve worked with Scott a lot—three feature films, an HBO series, and a Broadway play. And it was painful to read that Hollywood Reporter story, particularly because it’s pretty likely that some of those assistants who were being abused were working on something I wrote while they were being abused. So I took it personally. Whether it’s a movie set, or a rehearsal room for a play, or backstage for a play, or a television series, morale is important to me. And I take a lot of pride in creating a place where people are really happy to come to work, where they feel a sense of ownership, a sense of authorship, a sense of family. And we have that at Mockingbird. We’ve always had that in Mockingbird. So this came as a big shock.

He didn’t know the extent of Rudin’s abuse: “I’ll tell you that in a number of the follow-up stories that I read, you’ll see people quoted saying, “Everybody knew, everybody knew.” And that’s ludicrous. Everybody did not know. I certainly didn’t know, and I don’t know anybody who knew. First of all, I have my own experience with Scott, and it’s a higher class of bullying, but I get it. The stories that I had heard over the last 12 years were the kinds of things that—they could have been scenes from The Devil Wears Prada, there was no violence. There’s nothing physical at all in the stories that I heard. Had I known, there’s no chance I would’ve tolerated it, there’s no chance Bart Sher would’ve tolerated it, that Jeff Daniels would’ve tolerated it. So we didn’t know. And once we did, we did something about it.

A higher class of bullying?? “Listen, I think Scott got what he deserves. He’s lying flat on the mat right now, and I don’t know how it’s helpful for me to stand on his torso and kind of jump up and down.

How people really didn’t come out & say anything about Rudin: “I think that if the Hollywood Reporter story had come out and nothing had happened as a result—that everybody just kind of shrugged and said, “Oh, well, that’s Scott, that’s show business”—I would have felt compelled to say something, to say, “Why are we still working with him? We shouldn’t do this.” But that isn’t what happened. The consequences came swiftly, and he sort of got the maximum penalty you can get for this. And I saw in those articles that we’re talking about that my name would always be part of a list of people who have chosen to remain silent, with the implication being that we somehow endorse what Scott did, or we don’t think it’s a big deal, or we want to make sure we’re able to work with him when and if he makes a comeback, something like that. I can’t speak for anyone but myself, but in my case, first of all, you should know I don’t have any social media. But it’s not like I didn’t have the opportunity to be quoted. The New York Times asked me to say something and maybe someone else. And the reason I didn’t was, again, he’s flat on the mat, and I couldn’t think of anyone who would benefit from my saying something but me. That I get to stand there and say, “Hey, I’m with the good guys.” And it just didn’t feel right to do that.

At one point in the interview, Sorkin says he hopes Rudin “gets better,” and compares Rudin to an addict or alcoholic. Not to take Sorkin’s side or anything, but I do think Sorkin is hesitant to rip Rudin to shreds because Rudin supported him and worked with him when Sorkin was battling his own addiction demons. But that’s another thing – people like Sorkin and Rudin get second chances and third chances, because they’re both the kind of men who give other men those chances. Rudin is not the victim here and Sorkin knows it. I don’t particularly believe Sorkin when he talks about how people didn’t really know – Rudin has been an abusive pig for a long time. The Sony Hack even revealed how disgusting he was, what a petty back-stabber he was, etc. But “people didn’t know!” 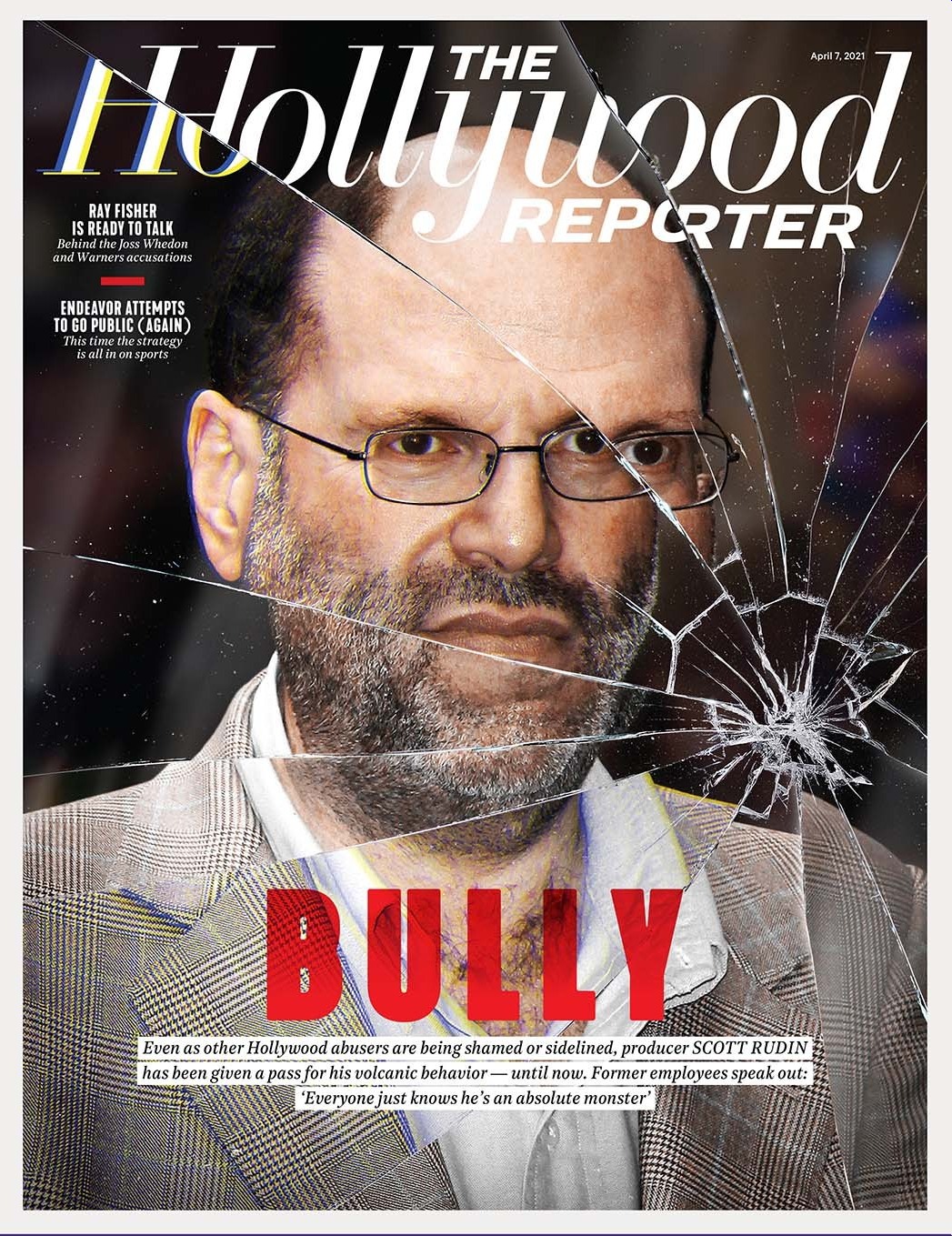 18 Responses to “Aaron Sorkin: Abusive bully Scott Rudin ‘got what he deserves’”