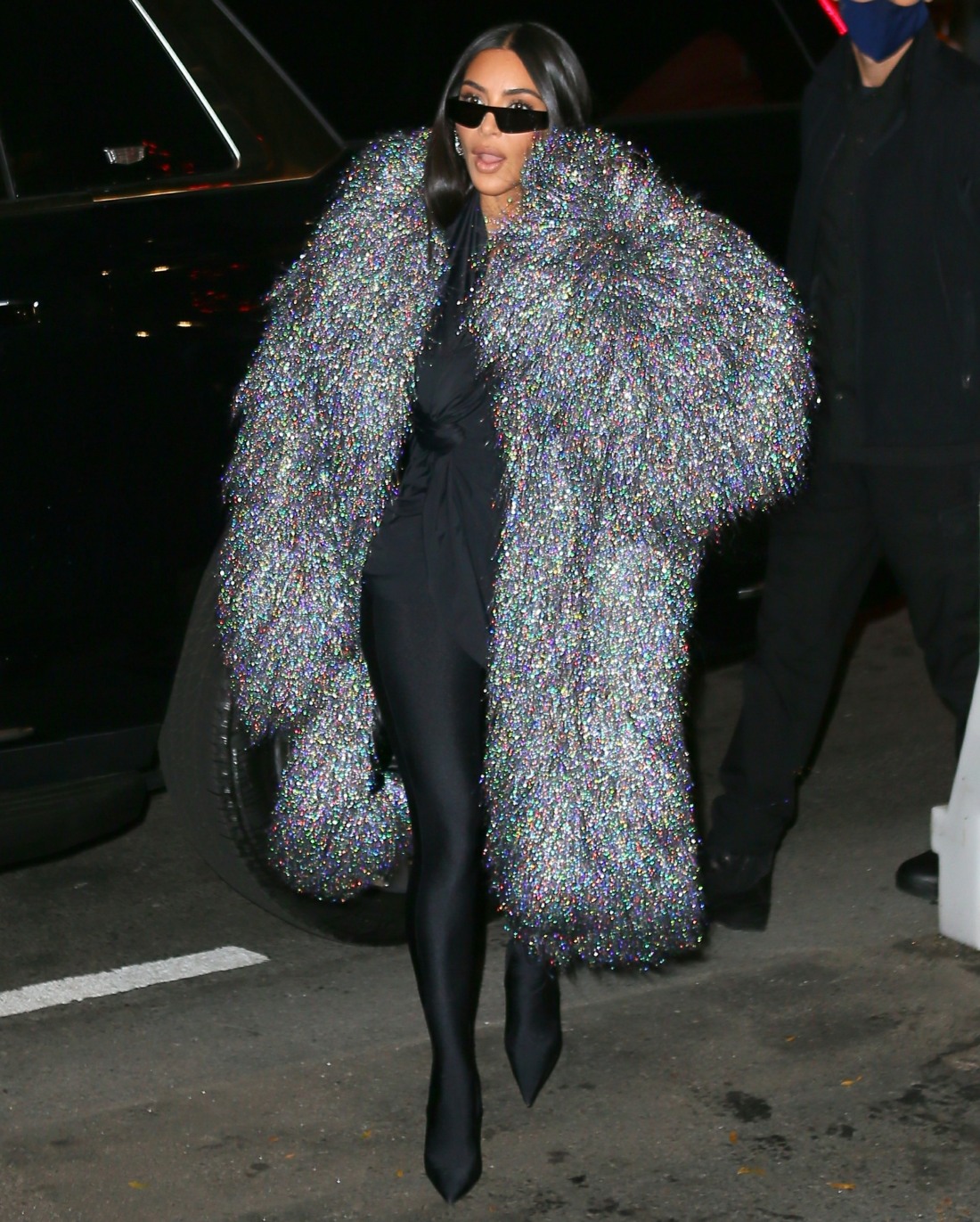 Here are some photos of Kim Kardashian in New York over the past few days. She’s in the city all week, because she’s the host of Saturday Night Live this coming weekend. These photos remind me of a thought I’ve had before: paparazzi love Kim. Kim rarely hides. Kim turns every hotel exit into a catwalk. She’s clearly in NYC not only to host SNL, but to be seen, to have fun, to wear ridiculous fashion, and to be photographed constantly. Sometimes, it’s not deep. She’s just having fun. And the fashion is sooooo dumb. Meanwhile, before Kim left for New York, she had dinner with Kanye at Nobu in Malibu. They were seen out together over the weekend, and now we’re getting tons of dumb stories about how Kimye might reconcile and how Kanye is “helping” Kim prepare for SNL, because apparently he’s in New York now too?

Kanye West is in New York to secretly help Kim Kardashian in her debut gig hosting “Saturday Night Live”. The rapper and the reality queen are both in the city as she prepares to host the NBC show this Saturday. The move comes amid gossip that the former married couple — who are going through a divorce — may be reconciling.

A source said, “Kim is nervous about hosting ‘SNL,’ its a big challenge but she is determined to be a success. Kanye is quietly advising her on her performance, her opening monologue, even her costumes for the show.”

Kardashian, 40, was on Tuesday spotted exiting her Upper East Side hotel clutching a large Balenciaga bag on her way to the NBC studios in Midtown. She is expected to start rehearsals on Wednesday, after a Tuesday night host dinner with “SNL” guru Lorne Michaels.

When did Kanye become some kind of SNL expert? My God. Just let Kim do her thing. I’m not really looking forward to it – I don’t even watch SNL as it airs on Saturday night – but I do think that Kim will probably be a better host than people expect. If Kanye doesn’t f–k it up for her, or demand to be part of the opening monologue, or style her for every skit. 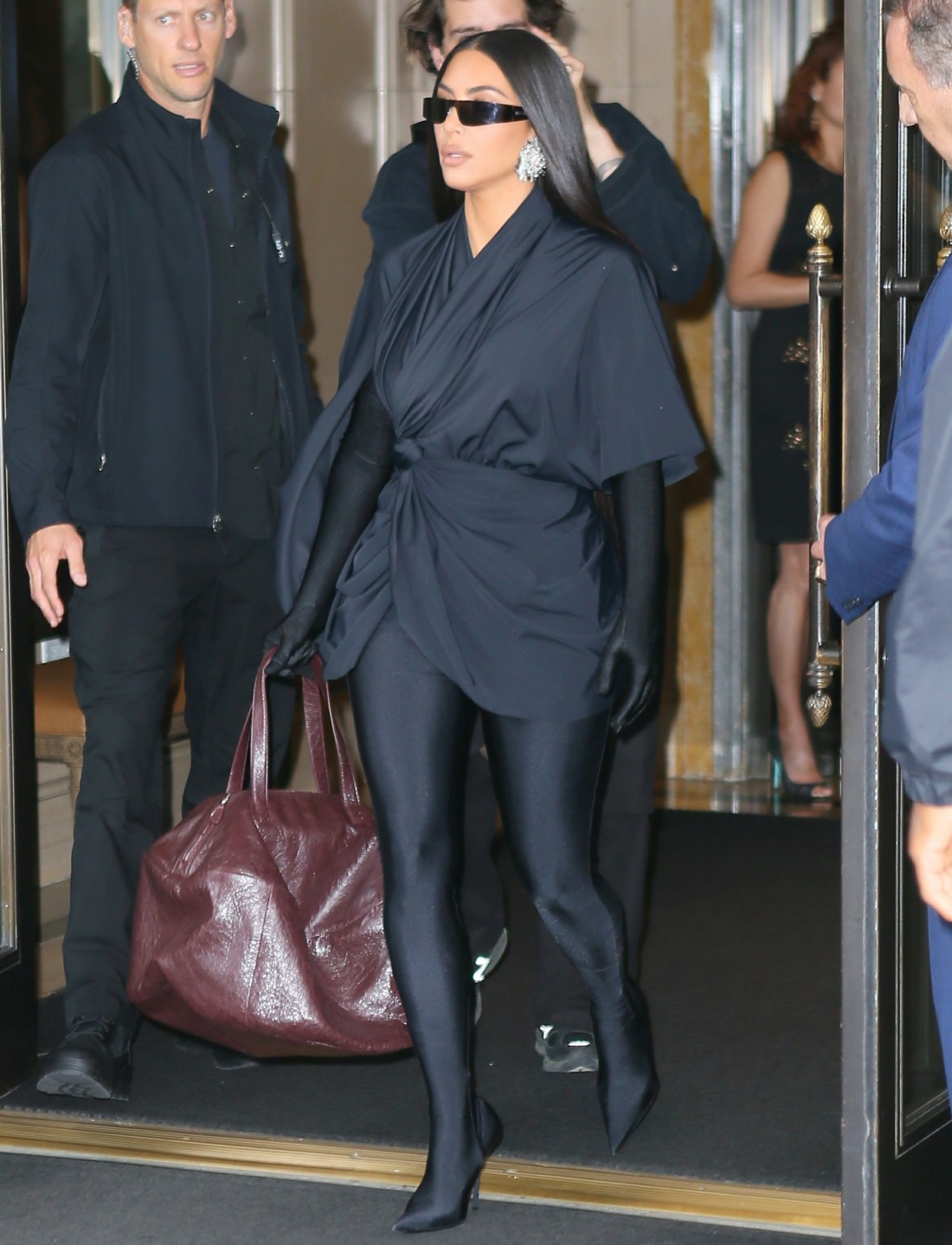 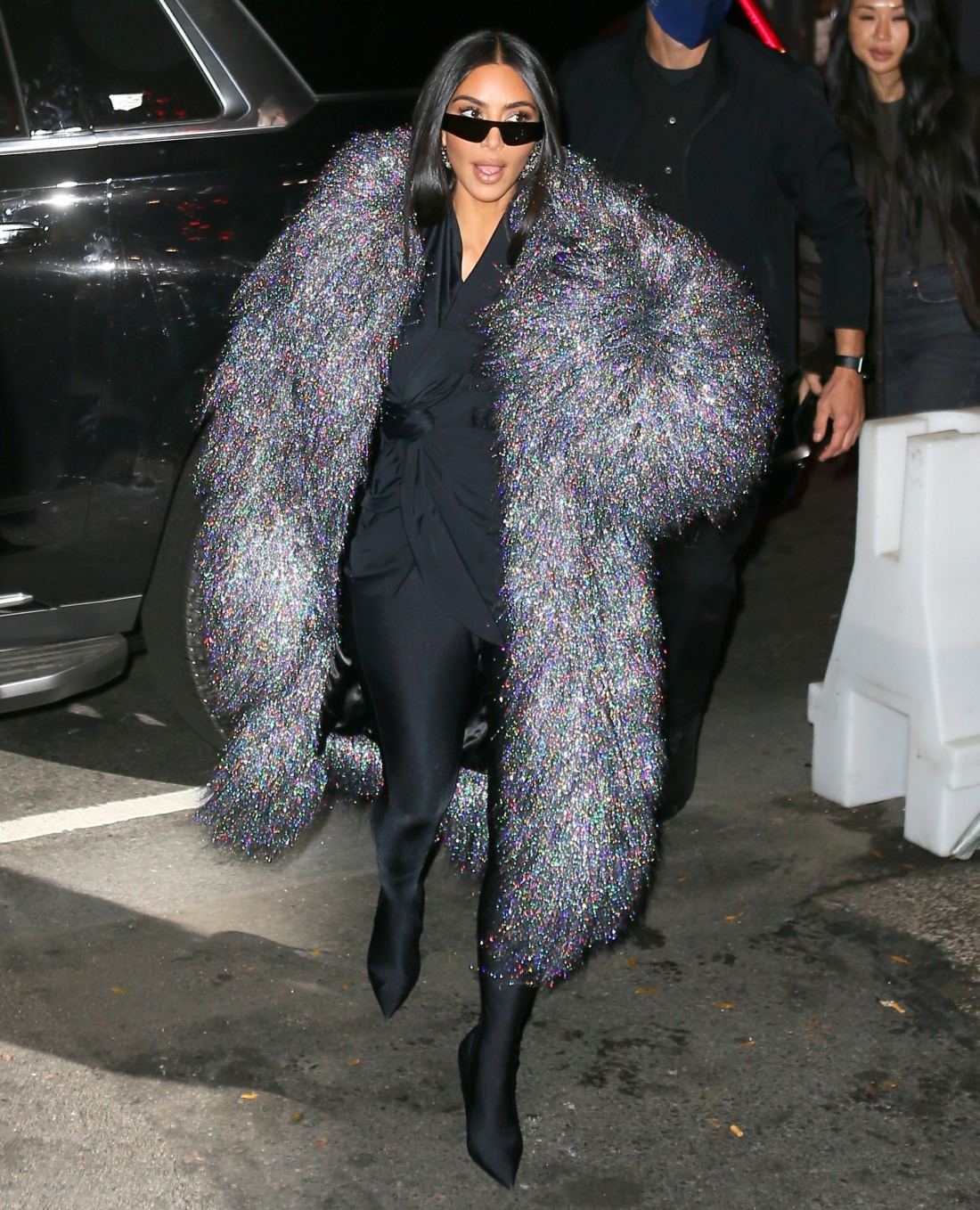