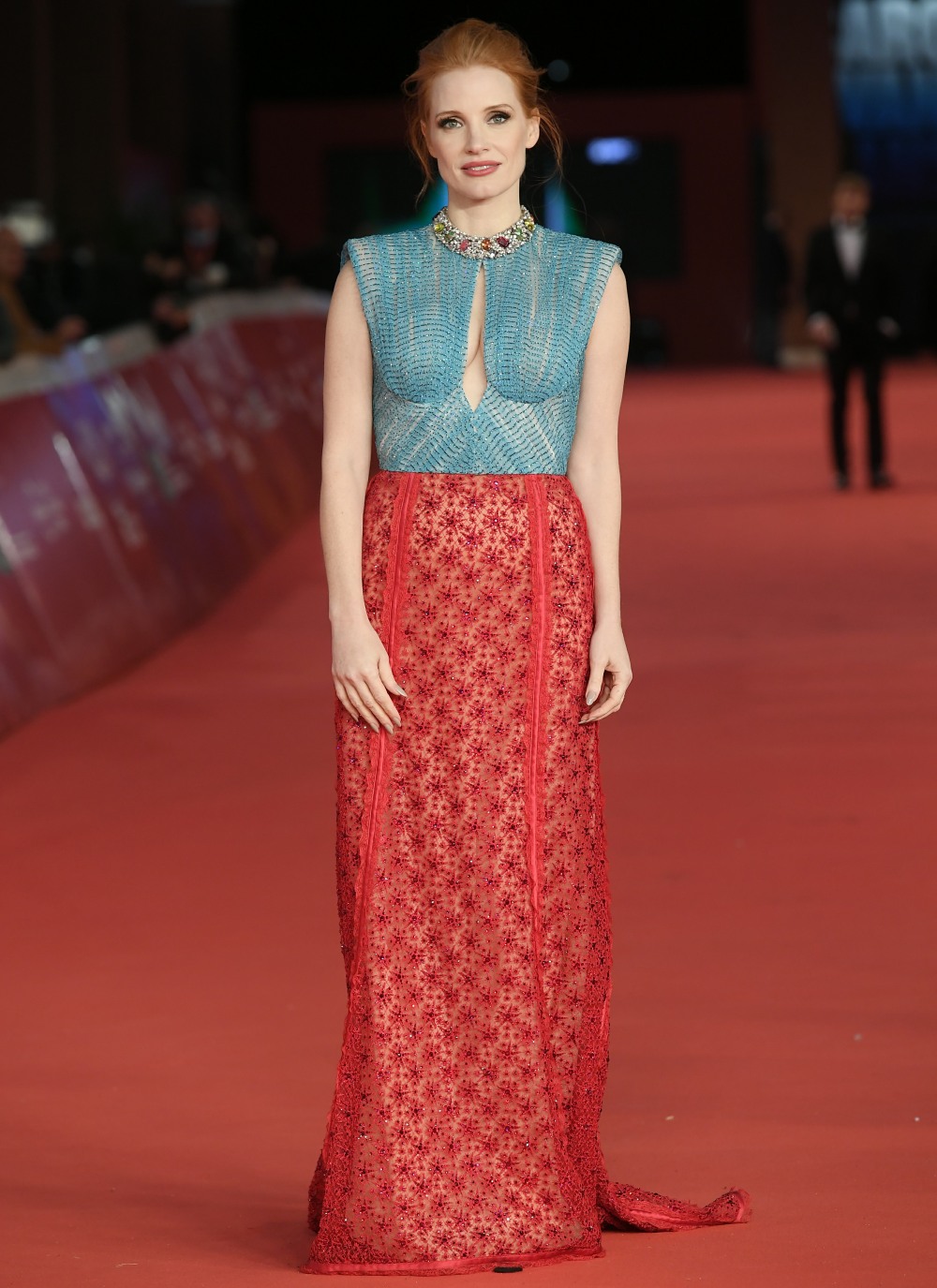 Here are photos of Jessica Chastain at last night’s Rome Film Festival premiere of The Eyes of Tammy Faye. As we well know by now, this movie is Chastain’s baby. She bought the rights to the documentary of the same name and she put this whole project together. This is, I believe, her big bid for an Oscar. She really wants it. And I do think she’s probably one of the leading early contenders.

Jess’s fashion from the promotional tour hasn’t been the best though. In years past, I think her sartorial strength is not reinventing any style wheels or going too avant-garde. She looks good in stuff from Valentino and Elie Saab, she looks good in bright colors and monochromatic, well-cut gowns. If I was styling her, that’s where I would go – beautifully cut gowns in jewel tones, big surprise. But Jess’s stylist has other ideas. She wore this Gucci gown which looked like Gucci had three pretty gowns and they decided to put it all together and call it a day. The combination of the skirt and the top is not great. From a distance, it also looks like she’s wearing a denim vest with a prairie skirt. Ugh. One nice thing: I guess Andrew Garfield wasn’t available for Rome, but Vincent D’Onofrio came out for the promo. He plays Jerry Falwell in the film. (Re: Vincent, I still would.) 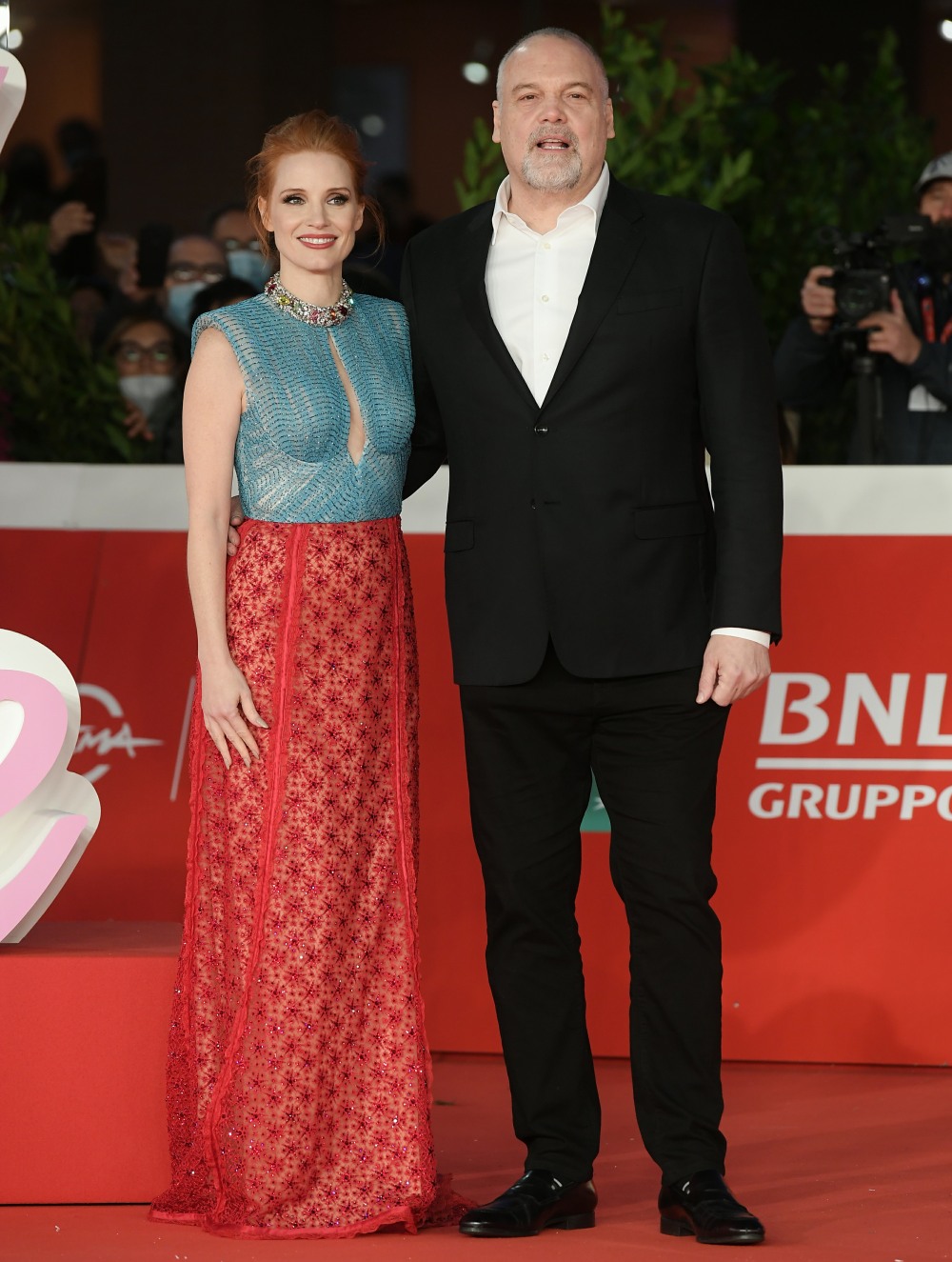 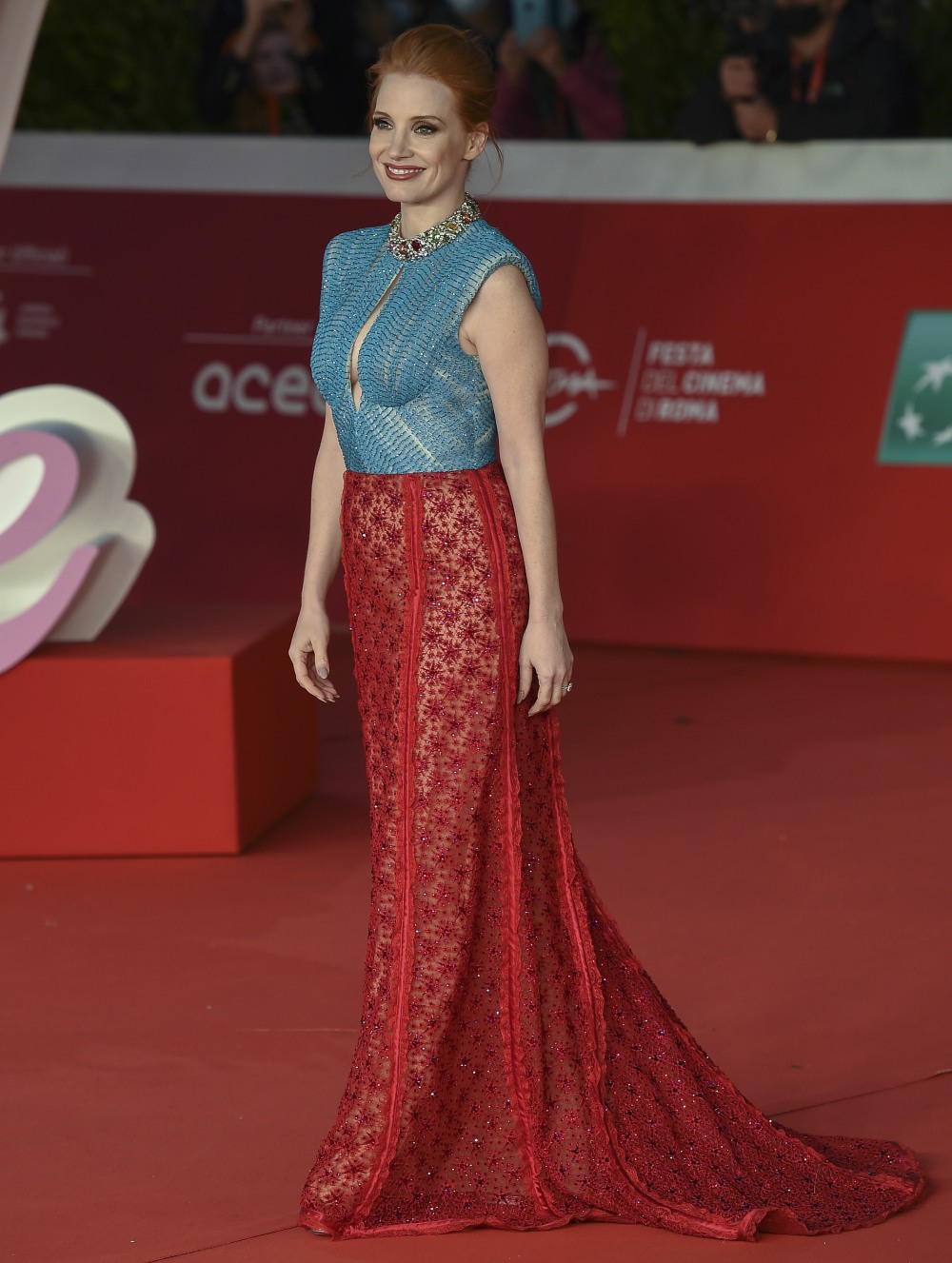 Bonus photos of Jess at the Rome photocall, where she wore an electric blue satin suit. I’m so mad at this outfit. Why did Gucci do this to her? Don’t send Jessica Chastain out there in a satin suit and a bra! She looked so uncomfortable.