Pete Buttigieg is getting crap from conservatives about taking parental leave 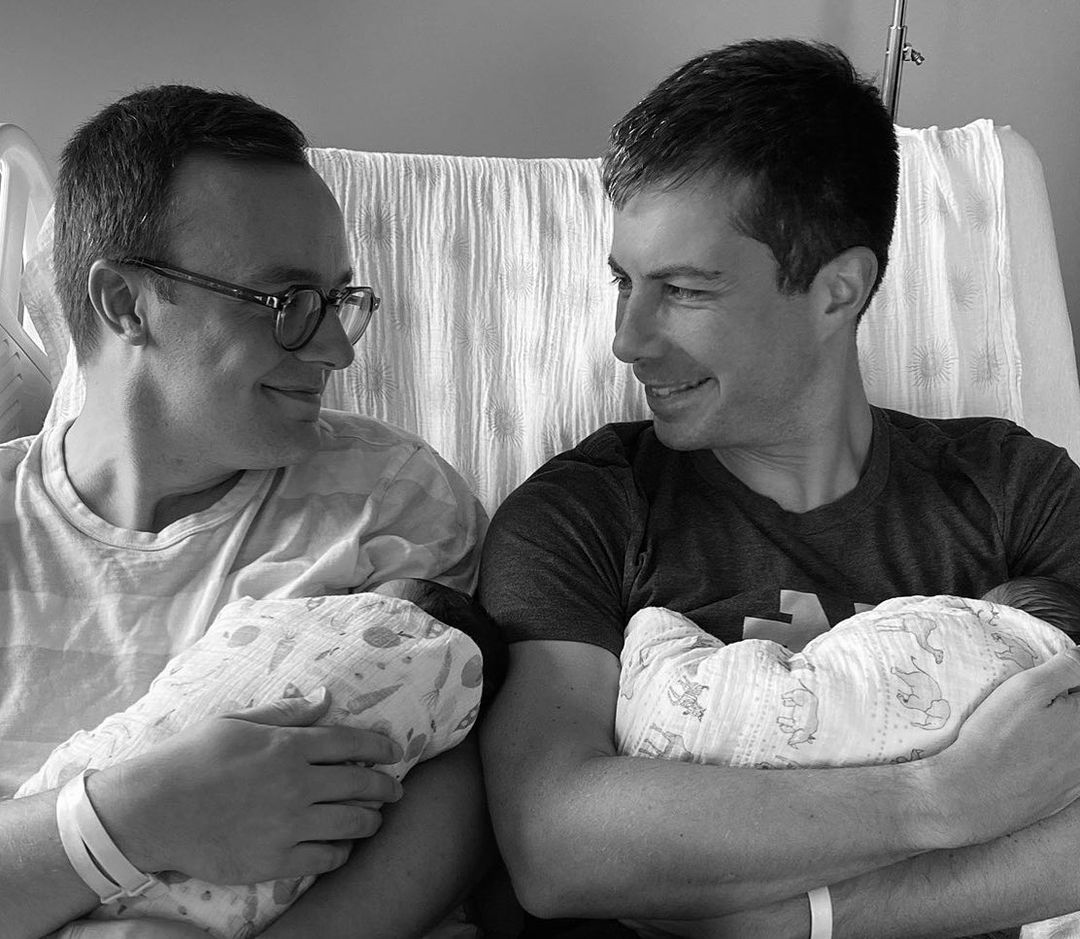 In 2014, there was a major kerfuffle in Major League Baseball – the Mets’ Daniel Murphy took his full three days of paternity leave to see his child being born and to support his wife. In so doing, he missed the Mets’ opening game of the season. MLB has a players’ union, and the union successfully got paternity leave in their collective bargaining in 2011. The old-guard sports commentators were dripping with toxicity about how pathetic it was that big manly baseball players wanted to be supportive partners, husbands and fathers. The nice thing about that incident is that there was a significant backlash to the toxic douchebags, and there was a substantive conversation about the importance of paternity leave. I would have hoped that by the year of our lord Beyonce 2021, we wouldn’t still need to have those conversations.

In late August, Transportation Secretary Pete Buttigieg and his husband Chasten welcomed their twins, Penelope Rose and Joseph August. I didn’t know until now that Cabinet officials do not have the same parental leave benefits as other federal employees, but Pete didn’t care – he ended up taking something like seven or eight weeks of parental leave. Politico framed it as “Pete was MIA” and “how dare he leave the administration for something as unimportant as bonding with his babies and supporting his spouse.”

Pete Buttigieg has been MIA. While U.S. ports faced anchor-to-anchor traffic and Congress nearly melted down over the president’s infrastructure bill in recent weeks, the usually omnipresent Transportation secretary was lying low.

One of the White House’s go-to communicators didn’t appear on TV. He was absent on Capitol Hill during the negotiations over the bill he had been previously helping sell to different members of Congress. Conservative critics tried (unsuccessfully) to get #WheresPete to trend and Fox News ran a story on October 4 with the headline: “Buttigieg quiet on growing port congestion as shipping concerns build ahead of holidays.”

They didn’t previously announce it, but Buttigieg’s office told West Wing Playbook that the secretary has actually been on paid leave since mid-August to spend time with his husband, Chasten, and their two newborn babies.

“For the first four weeks, he was mostly offline except for major agency decisions and matters that could not be delegated,” said a spokesperson for the Department of Transportation. “He has been ramping up activities since then.” As he does that, Buttigieg will “continue to take some time over the coming weeks to support his husband and take care of his new children,” the spokesperson added.

That ramp has been steep this week, as Buttigieg reverts to his “go everywhere” media habits. Since Oct. 7, Buttigieg has appeared on MSNBC’s “Morning Joe,” “MSNBC with Geoff Bennett,” CNN’s “New Day,” CNBC’s “Morning Bell,” Bloomberg TV’s “Balance of Power,” and the NPR Politics Podcast. He participated in virtual events to promote the infrastructure bill with the Commercial Club of Chicago and the Citizen Budget Commission of New York. He also attended a high-profile meeting with President Joe Biden Wednesday on supply chain bottlenecks.

Politico and Fox News tried to make “how dare he take parental leave” into a thing throughout much of Thursday and Friday. Tucker Carlson was particularly nasty about it on his Thursday night show, making a crack about breastfeeding.

Tucker Carlson mocks Pete Buttigieg for taking paternity leave: "Paternity leave, they call it, trying to figure out how to breastfeed, no word on how that went." pic.twitter.com/zFnp6uSser

Disgusting. Secretary Buttigieg is perfectly capable of defending himself though – during his interview blitz on Friday, Pete said that Tucker Carlson “doesn’t understand the concept of bottle feeding, let alone the concept of paternity leave,… What is really strange is that, you know, this is from a side of the aisle that used to claim the mantle of being pro-family. What we have right now is an administration that’s actually pro-family.” Pete also gave a lovely interview to the NY Times where he spoke about how childcare and childrearing IS work: “The big thing is having a newly personal appreciation for the fact that this is work. It may be time away from a professional role, but it’s very much time on.”

Anyway, I’m so glad he had this time with his babies and it does not seem at all like President Biden is mad about his Transportation Secretary taking leave. The supply chain mess is not the fault of one man, one Cabinet secretary. And we get to see a great example of what a truly pro-family administration looks like. 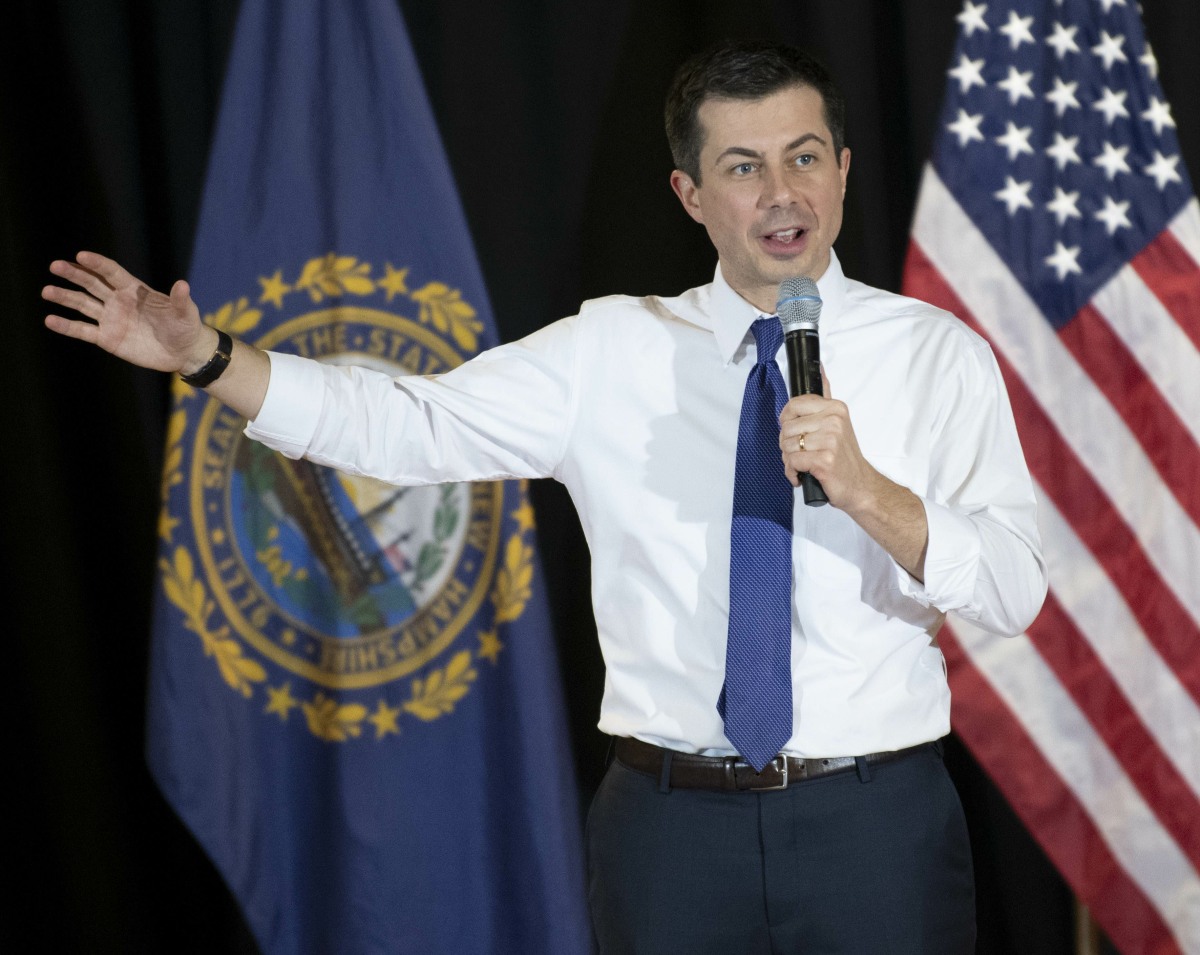 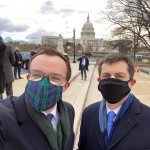