Travis Barker & Kourtney Kardashian are engaged, he proposed in Montecito 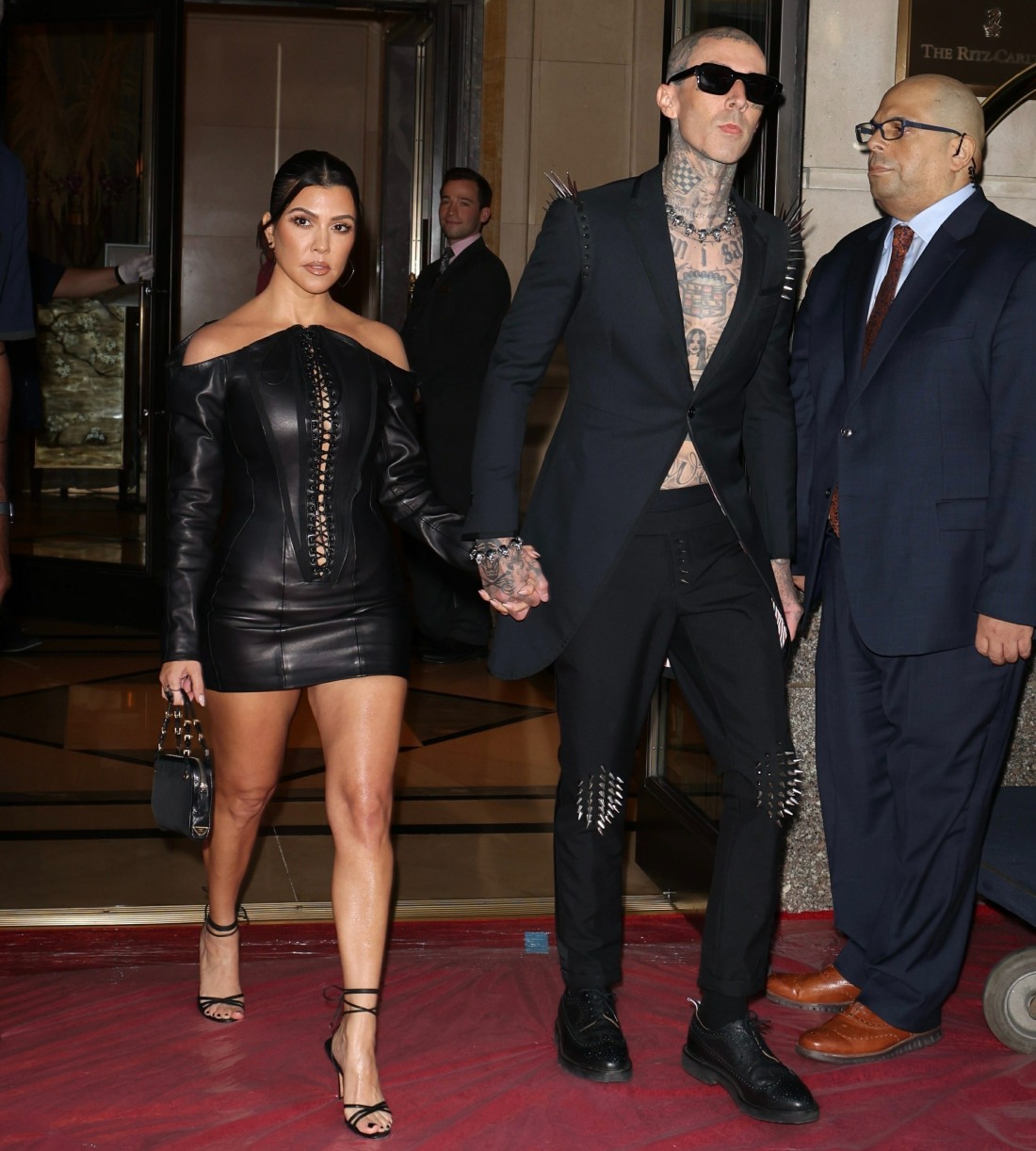 Kourtney Kardashian and Travis Barker have been dating for all 2021, but he’s known the Kardashian sisters for the better part of two decades. He’s truly a family friend of the whole clan, and they all care about him and like him a lot. It felt like he finally saw his opening with Kourtney and he did everything to make it happen. They’ve been acting like lovestruck teenagers all year, and it’s actually been kind of hot. Kourtney has seemed so much happier and Travis seems so loved-up. She’s been with him every time he’s flown this year – he avoided planes for thirteen years following the horrible 2008 plane crash which left him with burns all over his body. There were even reports, months ago, that Travis and Kourt were already engaged. But now it’s official: Travis proposed to her in Montecito on Sunday.

Travis Barker is officially engaged to Kourtney Kardashian after he popped the question on the beach during a trip to Montecito, Calif., on Oct. 17. She shared photos of the picture-perfect moment on Instagram, along with the caption, “forever.”

The pair got engaged around sunset on Sunday, Oct. 17, with Khloe Kardashian and Tristan Thompson there to celebrate.

“Travis escorted Kourtney down to the beach, where he had red and white florals set up in the shape of a heart,” an eyewitness told E! News. “It looked very romantic. I could see Kourtney smiling from ear to ear and put her hand over her mouth looking surprised. The family cheered for them and went back into the hotel.”

The big event capped off a busy weekend. The couple had only just returned home to California from New York, where Travis played drums on Saturday Night Live for musical guest Young Thug. Naturally, Kourtney was by his side backstage for a racy photo shoot on what would be the eve of their engagement.

Kourtney and Travis spent much of last week in New York as he prepared for the SNL gig, but they were really out, enjoying the city and going to dinner and to clubs. They seem very well-suited for each other. I bet he even likes the fact that she has little kids. It wouldn’t surprise me if they both wanted another kid.

Here’s a video from Kim Kardashian – she got a closer look at Kourtney’s ring. It’s HUGE! It looks like a lovely oval-shaped diamond with a delicate band. I would think it’s over eight carats?

88 Responses to “Travis Barker & Kourtney Kardashian are engaged, he proposed in Montecito”