Tracee Ellis Ross: ‘I’m the sexiest I’ve ever been, I feel the most myself’ 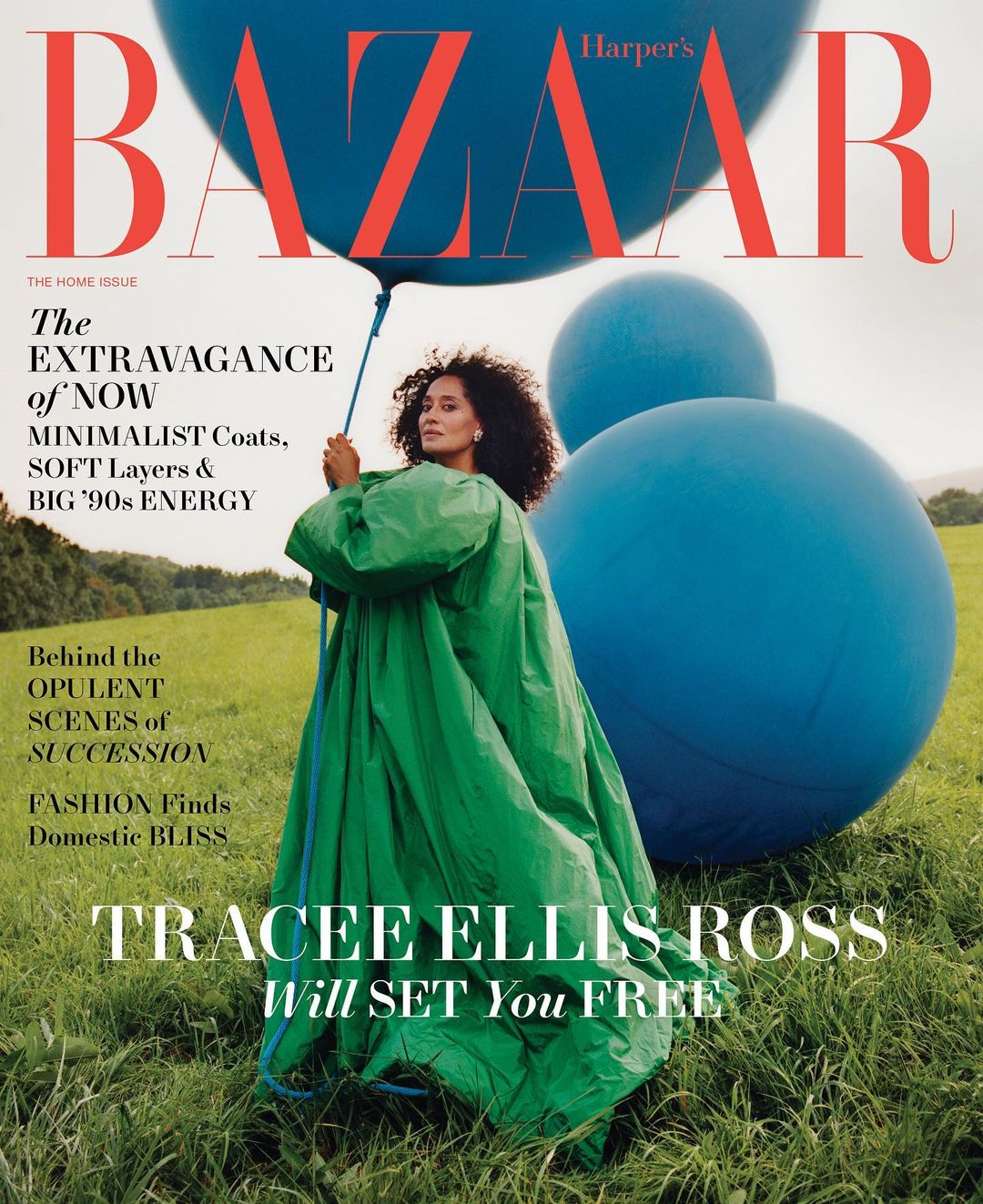 Tracee Ellis Ross is one of about eight celebrities that I follow on Instagram. I love her humor and energy. Tracee comes across like the hip, quirky, self-assured big sister I wish I had. Tracee is gearing up for a new chapter as she prepares for the last season of Black-ish, which begins airing in January 2022. In a new cover interview with Harper’s Bazaar, Tracee talked about her journey of self discovery and how she is living life for herself. Tracee said perimenopause is wreaking havoc on her language skills and memory. Tracee went on to say that being perimenopausal has brought her into contact with the wild woman within her. Below are a few more highlights from Harper’s Bazaar:

“I didn’t see enough examples of different versions of how a woman can find happiness and joy and power and sensuality, sexuality, all of that, without it being through the lens of how I’m seen by a man. People are like, ‘You’re the poster child for being single.’ And I was like, ‘Great.’ But what I would prefer is that I’m the poster child for living my life on my terms. And that there’s a version of that for everyone. I don’t live my life for other people,” she continues. “I just totally live it for me. This is something that has really solidified itself into an unbreakable, unshakable foundation in the last four or five years.”

“Listen, learning to be me has been a really long journey,” she says, her face suddenly serious. “I tried being small and feeling things in little ways. It took me a long time to get to know myself, to accept myself, and even on some days to really like and love myself. And then it took me a whole other load of years to have the courage to actually live in the world as that person. And it’s been trial and error, chewing on ground glass. It’s been a hard-earned journey of self-discovery and self-acceptance. I mean, I came out of the womb like this. I literally think I was like, ‘Woo-hoo! I’m here. What have you got? Let’s go!’”

Unabashedly being herself extends to a candidness in our talks that is refreshingly rare. Frequently, Ross will pause, a word escaping her memory. “Oh,” she explains matter-of-factly, “I’m going through perimenopause at the moment. It’s really frying my brain.”

What has that experience been like? “It is really bizarre, but it is the most glorious invitation into a new season and chapter in my life. There’s no information about it. There’s shame talking about it.”

But her understanding of this next adventure has come from the family she has created for herself. “My friend Michaela told me, ‘This is an invitation into your wild-woman phase, to being a moon driver. You have spent years being driven by the moon, and now you are going to drive the moon.’ And I was like, ‘That’s right. I’m about to drive the moon,’” she says with a laugh.

“I’m the sexiest I’ve ever been. And when I say that, I mean I feel the most myself. And the information is just not out there. And it’s as if you get to this age and—what was that Tina Fey sketch?” she asks, referring to the one Fey starred in on Inside Amy Schumer called “Last F-kable Day.” “It’s like, they’re going to cart me off in a canoe into no-man’s-land. F-k that. Shut up. I’m going to be sexy all over the place,” she says, flashing the sly smile again. “Living my life with my juice.”

I don’t watch Black-ish for reasons but Tracee was the highlight of the few episodes I’ve seen, so I am sad to see it end. I truly enjoyed her as Joan on Girlfriends, too. I love what Tracee said about being the sexiest she has ever been because she is the most herself. I have been having this conversation with my perimenopausal friends who are the same journey as me. I don’t know what it is about entering the crone/wild woman phase of life, but as women age we become more striking and unbothered. It is like the unbossed and unbothered hormones are released at this time. My command of language and memory is sh*t and I have been struggling with having a normal sleep cycle as well. I agree with Tracee, she IS the sexiest she has ever been because she has embraced herself completely. Tracee’s photo story in Harper’s Bazaar is a testament to that.

12 Responses to “Tracee Ellis Ross: ‘I’m the sexiest I’ve ever been, I feel the most myself’”