Shakira: Prince William has called me to ‘try to get me committed to do more’ 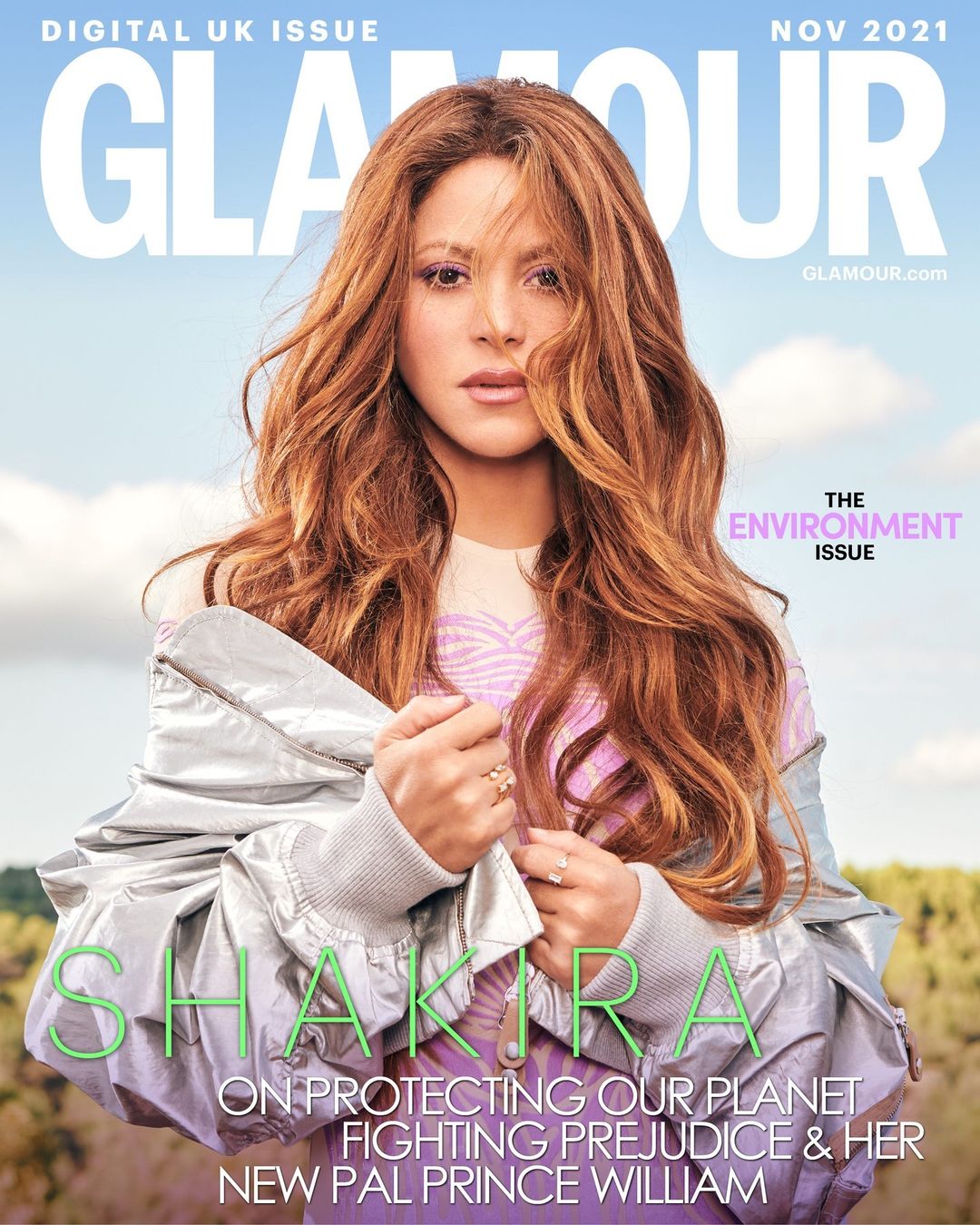 Shakira covers the latest issue of British Glamour, which is all-digital these days. This is the Environmental Issue for the magazine, and Shakira has long been involved with environmental causes. Which is why she agreed to be part of Prince William’s Earthshot Prize thing. If anything, Shakira’s involvement gives William more credibility, not vice versa. That’s the biggest headline from this Glamour piece as well, that Shakira sort of knows William now and she’s part of his embiggening campaign. I mean, I get that it’s transactional for her, and she hopes that everyone will work together on environmental issues. But she’s basically just part of William’s PR campaign now. Some highlights from the piece:

On William’s Earthshot: “Seeing Prince William’s passion and how genuinely determined he is to provoke change is very, very inspiring. It’s just incredible to see how committed he is, and all the people at Earthshot are, to make change happen in the world in such a short amount of time. And it’s not impossible. It requires many of us, plenty of commitment and determination, and we need to raise awareness towards that. I feel that I can do that while talking to every journalist I can. Every time I’m in front of a camera, I can talk about that… We are citizens of humanity. We need to really provoke fast change in order to preserve our home.”

Why she did that video with William: “Prince William is one of the people who is really aware of how imminent and how necessary it is that we all work together. He’s called me on the phone just to discuss this and try to get me committed to do more.”

On her kids: “My children have actually been the reason why I wanted to sign on for [the Earthshot]. Seeing them so worried, so concerned about the planet and how they can make this a better place has been so inspiring to me as a mother. As a parent, I want to make sure that they will live in a world that will be better than the one I grew up in, but it’s so fascinating to see how kids are starting to really get aware about the needs of our planet. I have found myself letting the tap water run and my kids scolding and telling me, ‘Mom, can you please not… You’re wasting water.’ And that is just incredible to see this in a seven-year-old and an eight-year-old.

Juggling everything: “Sometimes I feel that I’m literally juggling everything, motherhood, being a woman, being a celebrity, an artist, always feeling that one of the apples is about to drop. But I manage to do it, like every other woman in the world who is also working and raising children. I mean, it’s something that only women can do. We can do it all. We can multitask. Something that men can’t do!”

“He’s called me on the phone just to discuss this and try to get me committed to do more….” Well, that’s news. Now that William has her number for Keenshot, he’s calling her up privately. And “trying to get me committed to do more”…? Beyond the innuendo (he’s engorged with environmentalism), I just think it’s really strange that William is privately calling up celebrities and trying to convince THEM to do more. Like, bitch, YOU DO MORE.

39 Responses to “Shakira: Prince William has called me to ‘try to get me committed to do more’”