Reese Witherspoon: ‘I do think I’m very good at what I do…I know what I’m doing’ 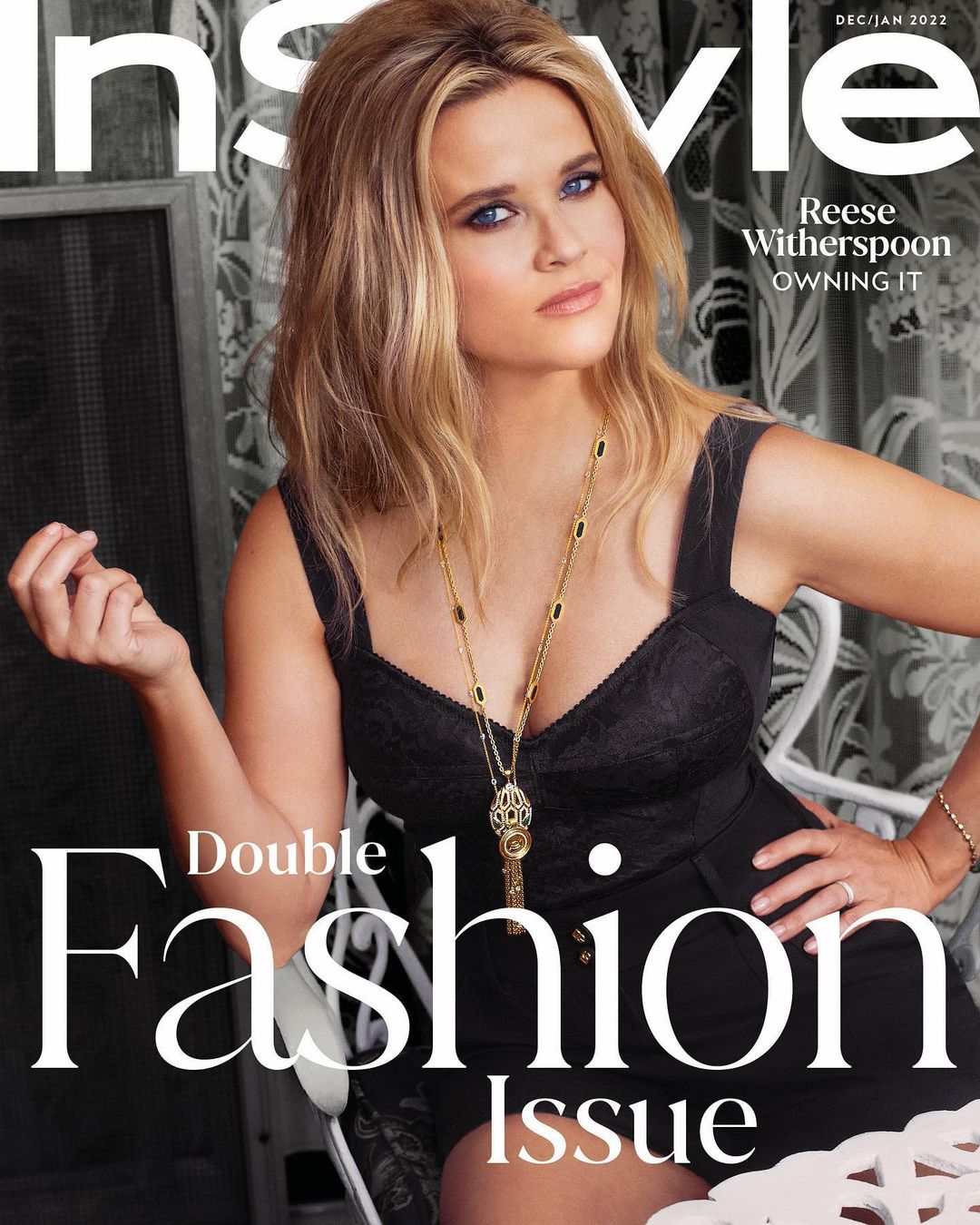 In early August, Reese Witherspoon sold her media company Hello Sunshine for $900 million. It’s sort of mind-blowing and I’m still pretty proud of her – she built a thing for a decade, parlayed it into influence, awards and critical success, and she got paid. That’s partly what Reese’s InStyle cover story is about. At 45 years old, Reese is owning who she is and she’s owning her success in the industry. She chatted with Gayle King about all of that and more:

Owning her badassery: “I’ve said this to Oprah before, but LeBron James doesn’t go, “I’m kinda sorta good at basketball.” He’s like, “I’m the best there ever was.” So, yes, I do think I’m very good at what I do. I’ve been doing it for 30 years. I know what I’m doing. Give me the ball.

Women have humility: “Another important difference is that women have humility. I have no problem saying to people, “I don’t understand what you’re saying, can you please explain it to me?” Self-doubt is a good tool. You shouldn’t know everything. Turn to somebody, but advocate to learn more and do better.

Biases against women: “Actresses, they’re infantilized. People don’t talk to them about money or deals; they say, “Oh, don’t worry about that, we have that.” Not empowering someone with information is a form of control. So at a certain point in my career, I kind of took back the reins. I finally picked up the phone and said, “I’m not excited about this one part of my deal,” and my agent was like, “Well, let’s change it.” Sometimes you have to pick up the phone. Don’t assume. You don’t know the answers.

Selling Hello Sunshine for $900 million: “It was two, maybe three months of negotiations on the phone all day. Calls at one o’clock in the morning. I didn’t know a lot about private equity. I’d never sold a company in my life. I learned so much. I was really clear about what women’s stories mean in a marketplace. So it had to be a number that signified that it’s big business because women are big business. Female audiences are big business. Female filmmakers are big business. You can’t ignore half of the population of the world and say that they don’t economically matter; they do.

What it felt like when the deal went through: “I cried. I cried, and I thought about my grandma, and I cried more. I thought about all of the women who haven’t gotten these opportunities, and I just feel really lucky that I’m standing in a path that other women created for me. [Starts crying] Sorry…. I grew up in a military family, so it’s about how you serve others. This is the way I do it. By hopefully making art more equitable and accessible.

On ‘The Morning Show’ & asserting power: “I think there’s people who have understood that they should not be treated poorly and have decided not to go to work because they didn’t want to be treated poorly. Look, people know their power; people know their influence. There’s an entire new world order, too…. We weren’t allowed to exert power. Let’s just be clear: Until fairly recently, no one was listening to anything a woman said, and then with the emergence of social media, women have a voice that is undeniable. Women are also hyperaware that they are the buying majority. They hold the purse strings. They also consume much more media than men. When you’re talking in terms of my business, it only makes sense to cater to an audience that consumes more than anyone, right? The economics are just so empirical that you can’t not listen to women anymore. Enough is enough.

This reminds me of what Jennifer Lopez said recently about her realization that she IS a scarce asset, that what she brings to the table is unique, worthy and different than anyone else. That’s what Reese has grown to understand too: what she is and what she does has enormous value. That women are creators and consumers, that women can build their own valuable power. And this is the model for so many industries: “You can’t ignore half of the population of the world and say that they don’t economically matter; they do.” So much of entertainment, media, publishing and business is driven towards only half of the population. Women are not a niche market!!

PS… Reese looks so different in these photos but I think it’s just hair & makeup. She looks so much younger with fluffy hair!

33 Responses to “Reese Witherspoon: ‘I do think I’m very good at what I do…I know what I’m doing’”