Gemma Chan grew up in Kent, where neighbors complimented her ‘good English’ 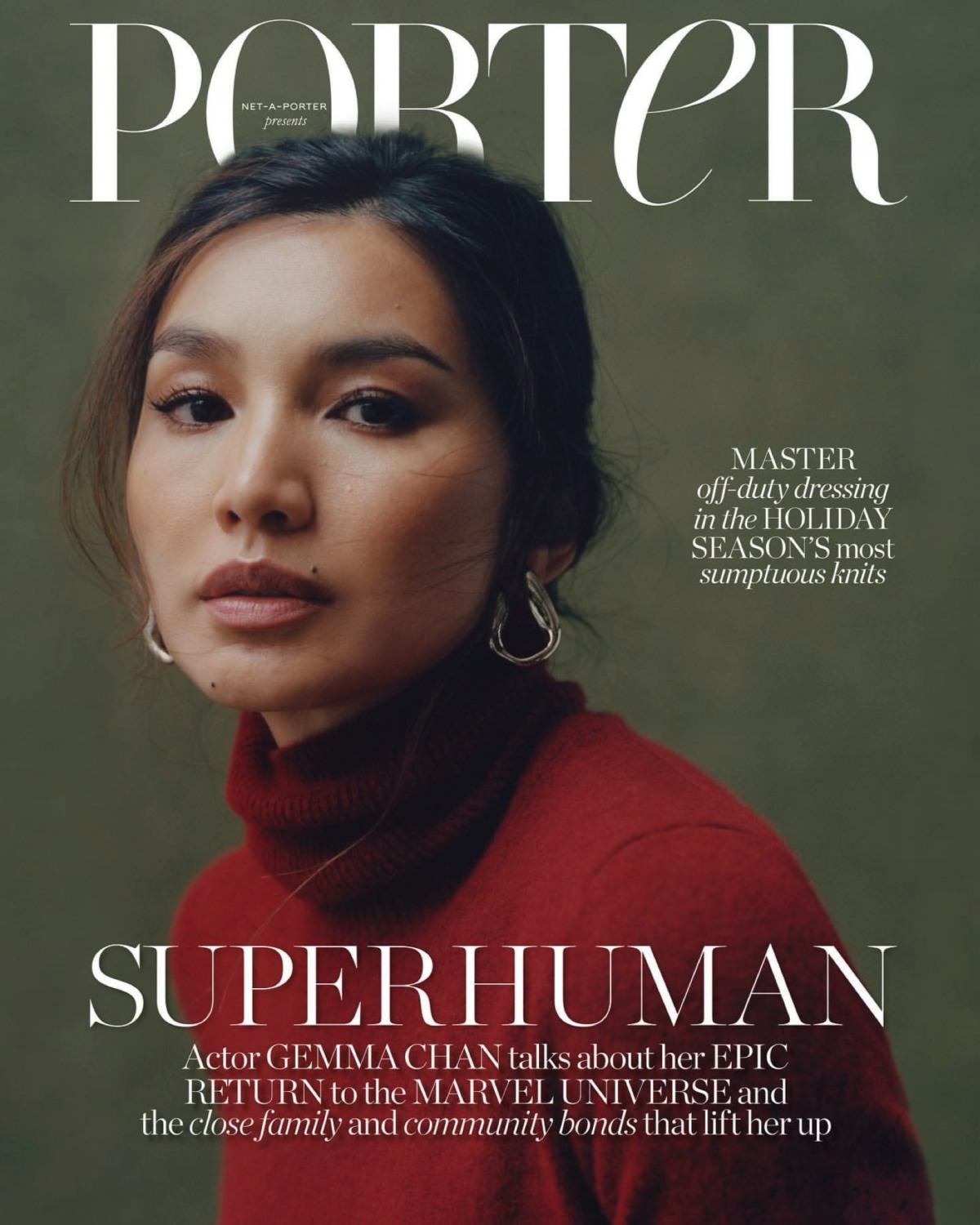 Gemma Chan covers the latest issue of Porter Magazine, net-a-porter.com’s in-house magazine. Gemma is mostly promoting The Eternals, but she has other films coming out over the next six months or so too. Everything is coming up Gemma: she’s got a very high heatscore these days, and after years of slowly building a career, things are suddenly happening all at once. The Porter editorial is gorgeous, although I’ve never seen a bad photo of Gemma. I don’t think she takes bad photos, ever. Gemma chatted with Porter about representation, growing up in the UK and more. Some highlights:

Growing up in Kent: Her mom immigrated to the UK from mainland China at the age of eleven and her dad from Hong Kong in his late twenties, and theirs was one of the few families of color in their community. She recalls feeling “like I was kind of between two cultures” as a child and not knowing how to respond when neighbors would compliment her on her “good English”.

How her parents responded to her fame: “They’re wonderfully constant, which I really love, but they’re also not overly impressed by anything. I do know they’re incredibly proud. And more than anything, they’re relieved that both my sister and I are okay.”

Her work to Stop Asian Hate: She calls herself an “accidental activist”, saying of her motivation: “I think a lot about how we can be useful as people, working in media or the arts. How can we work together across different industries to shift narratives and support our communities on the ground?”

Reconnecting with her roots: “One of the nicest things about getting older has been reconnecting and feeling like I can embrace and celebrate the Asian side of my heritage. I’ve met so many incredible people, so many more Asians than I knew when I was growing up, in my line of work.”

Asians in the film industry: “I love the fact that it doesn’t seem to be people elbowing each other out of the way anymore. It’s one of the best things about the past few years; it feels like the doors have finally opened a little bit and people are being allowed to tell their own stories and the stories of their histories and communities. And, naturally, the more we do that, the more we realize what we have in common with each other.”

On her Eternals character, Sersi: “Someone who has been on earth for the past 7,000 years and [has] seen everything that’s happened with humanity: the good and the bad, everything in between… The question [one starts to ask] is: is humanity worth saving?” Chan and Sersi are in agreement that the answer to this is yes. “We at least have to try. We can at least try to fix things and come up with the solutions. That’s our responsibility for having got us here in the first place.”

“Is humanity worth saving” is a pretty complicated question actually. Look at any Trump rally or anti-mask demonstration and I would say no, humanity probably isn’t worth saving. But honestly, I agree – “we at least have to try.” As for the thing about growing up in an environment where people complimented her “good English” – yep, that happens to me. It happens to a lot of Asian people and Southeast Asian people. I was once complimented for “barely having an accent.”

44 Responses to “Gemma Chan grew up in Kent, where neighbors complimented her ‘good English’”