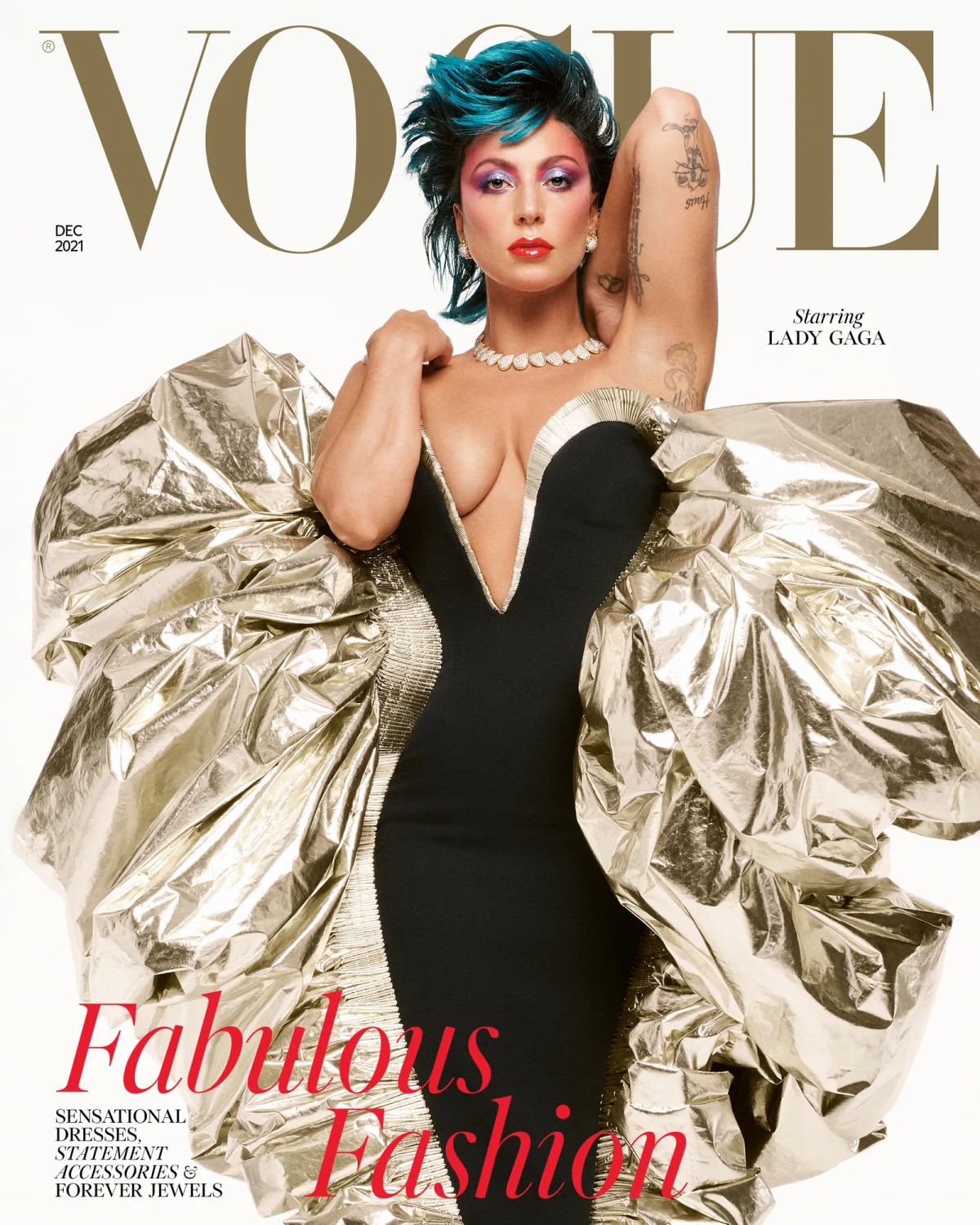 Lady Gaga covers the December issue of British Vogue. She’s promoting House of Gucci, of course, and this British Vogue piece really delves deep into the real-life backstory of Maurizio Gucci and Patrizia Reggiani – their love, their marriage, their extravagant lifestyle, homes around the world, parties at Studio 54, jewelry, fashion, power struggles, divorce and, of course, murder. It’s a really good primer on the real people and just how crazy it all was. Gaga makes it clear that while there were some fun aspects to it all, it was real work, day in and day out to become Patrizia. You can read the full piece here. Some highlights:

How long she lived with this character: “It is three years since I started working on it, and I will be fully honest and transparent: I lived as her [Reggiani] for a year and a half. And I spoke with an accent for nine months of that. [On and] Off camera. I never broke. I stayed with her. It was nearly impossible for me to speak in the accent as a blonde. I instantly had to dye my hair, and I started to live in a way whereby anything that I looked at, anything that I touched, I started to take notice of where and when I could see money. I started to take photographs as well. I have no evidence that Patrizia was a photographer, but I thought as an exercise, and finding her interests in life, that I would become a photographer, so I took my point-and-shoot camera everywhere that I went. I noticed that Patrizia loved beautiful things. If something wasn’t beautiful, I deleted it.”

She never tried to meet the real Reggiani, who resides in Milan: “You know. I only felt that I could truly do this story justice if I approached it with the eye of a curious woman who was interested in possessing a journalistic spirit so that I could read between the lines of what was happening in the film’s scenes. Meaning that nobody was going to tell me who Patrizia Gucci was. Not even Patrizia Gucci.”

The stars aligned for Gaga to land this movie: “What if I didn’t play some edgy, sexy, chancy, risky bitch? Some punky Italian gold digger?”

She really worked hard on the accent: “I started with a specific dialect from Vignola, then I started to work in the higher class way of speaking that would have been more appropriate in places like Milan and Florence. In the movie, you’ll hear that my accent is a little different depending on who I’m speaking to. It was the experience of a lifetime making this film because every minute of every day I thought of my ancestors in Italy, and what they had to do so that I could have a better life. I just wanted to make them proud, which is why I made the decision to make the performance about a real woman and not about the idea of a bad woman.”

She’s not here to glorify a murderer: “I wish not to glorify somebody that would commit murder. But I do wish to pay respect to women throughout history who became experts at survival, and to the unfortunate consequences of hurt. I hope that women will watch this and remind themselves to think twice about the fact that hurt people hurt people. And it’s dangerous. What happens to somebody when they’re pushed over the edge?”

Performing at Joe Biden’s inauguration. “That has to be one of the proudest days of my whole life. Like many people in America, I felt a deep fear when Trump was president, and ushering 45 out and 46 in is something I’ll be able to tell my children all about. Singing in a Schiaparelli bulletproof dress. I don’t know if people know this about me, but if I weren’t who I am today, I would have been a combat journalist. That was one of my dreams. When I was at the Capitol, the day before the inauguration, I remember walking around and looking for evidence of the insurrection.”

She talks on and on about how difficult it was for her to shake Patrizia and how much she feels for Patrizia’s kids, who apparently do not have a relationship with their mother anymore. I totally appreciate Gaga emphasizing how hard she worked on the film, how hard she worked to get everything right and really make Patrizia her own. But what comes across in the film (at least from the trailer) is that the film was a gas. That they were having a great time playing these terrible, rich a–holes. Part of it is that she wants another Oscar, right? “Oh, you don’t know how I suffered on this film, I really transformed! Please, fetch me another Oscar nomination!”