Tom Hanks appeared on Jimmy Kimmel Live Tuesday. It was fun because he was so excited to appear on a live talk show again. Tom has a new movie called Finch in which he stars alongside a robot and a dog. One assumes Tom’s learned his lesson and this dog lives. (RIP Hooch!) Tom is a good interview because he’s a great storyteller. Jimmy asked him about being invited by Jeff Bezos to ride Blue Origin into space, even before Bezos asked Capt. Kirk, William Shatner. Tom declined the richest man in the world’s offer because he didn’t feel like spending $28M for the 12-minute experience.

Tom Hanks is not blasting off into space.

During the appearance, he opened up about getting invited by Amazon founder Jeff Bezos to join on a Blue Origin flight to space.
He clarified that the invitation didn’t come for free: “Well, yeah, provided I pay,” he said.

“You know, it costs like 28 million bucks or something like that. I’m doing good, Jimmy, I’m doing good. But I ain’t paying 28 [million] bucks,” he added.

“It’s about a 12 minute flight? Is that it? Okay, we could all do it in our seats right here,” he said, before pretending to bounce around in his seat and simulate a flight.

“I don’t need to spend 28 million bucks to do that,” he said, jokingly adding that he might do it for free “on occasion just in order to experience the joy of pretending I’m a billionaire.”

Does Tom have $28M to consider a joyride into space? He mentions he’s “doing good,” but that’s $28M in extra cash because this is no investment. Actually, that makes me wonder where Shatner got the money as well. Of course, I just wrote about Judge Judy sitting on a $460M fortune, I guess I shouldn’t be surprised at these numbers. Nor should I check my own bank account if I don’t want to be depressed as hell. If I did have $28M extra, I’d like to think I’d make the same call as Tom and keep that coin for other endeavors. Like maybe Tom could fund vaccine education and enroll his idiot son, Chet. I know Bezos asked Tom because of the publicity of riding into space with one of the Apollo 13 actors. He was probably going to hit up every space related film or TV show until he got a bite. So in addition to the cash, I’m glad Tom didn’t let Bezos ride his film legacy coattails for his vanity project.

I am posting the full interview below. The Bezos discussion begins at 5:25. It’s entertaining, especially when Tom demonstrates how we can all simulate going to space in our chairs for free. But I am including the interview because Tom talks about Peter Scolari who passed away from cancer two weeks ago. Peter and Tom starred on Bosom Buddies, a show I watched religiously during its run. I also loved Peter in Newhart (I didn’t watch Girls, but people say he was great in that too.) Tom pays a lovely tribute to Peter. That segment begins at 10:40. I suggest grabbing a tissue for the end: 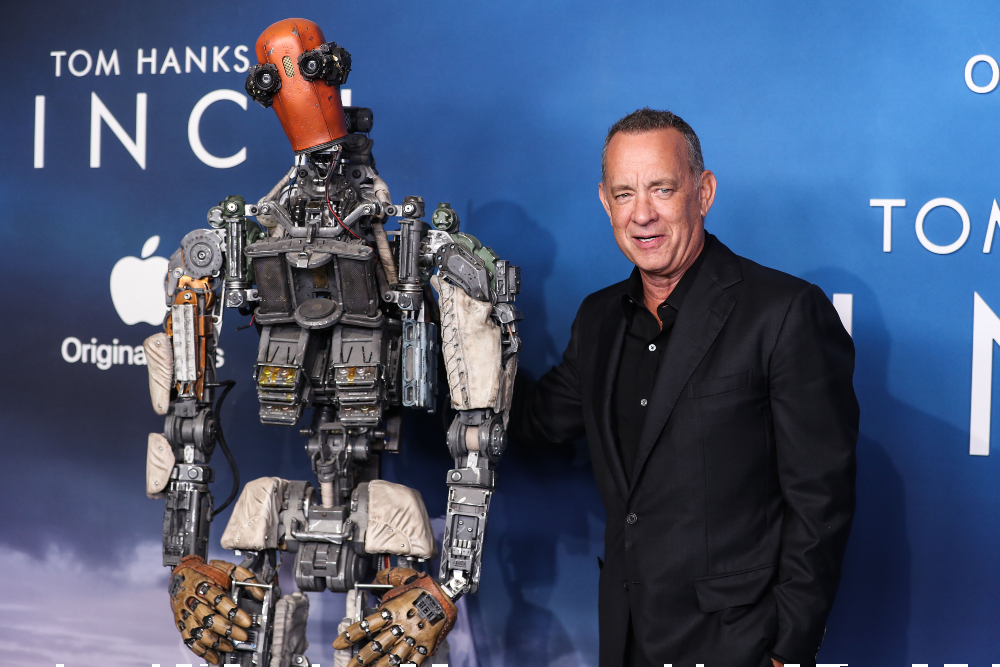