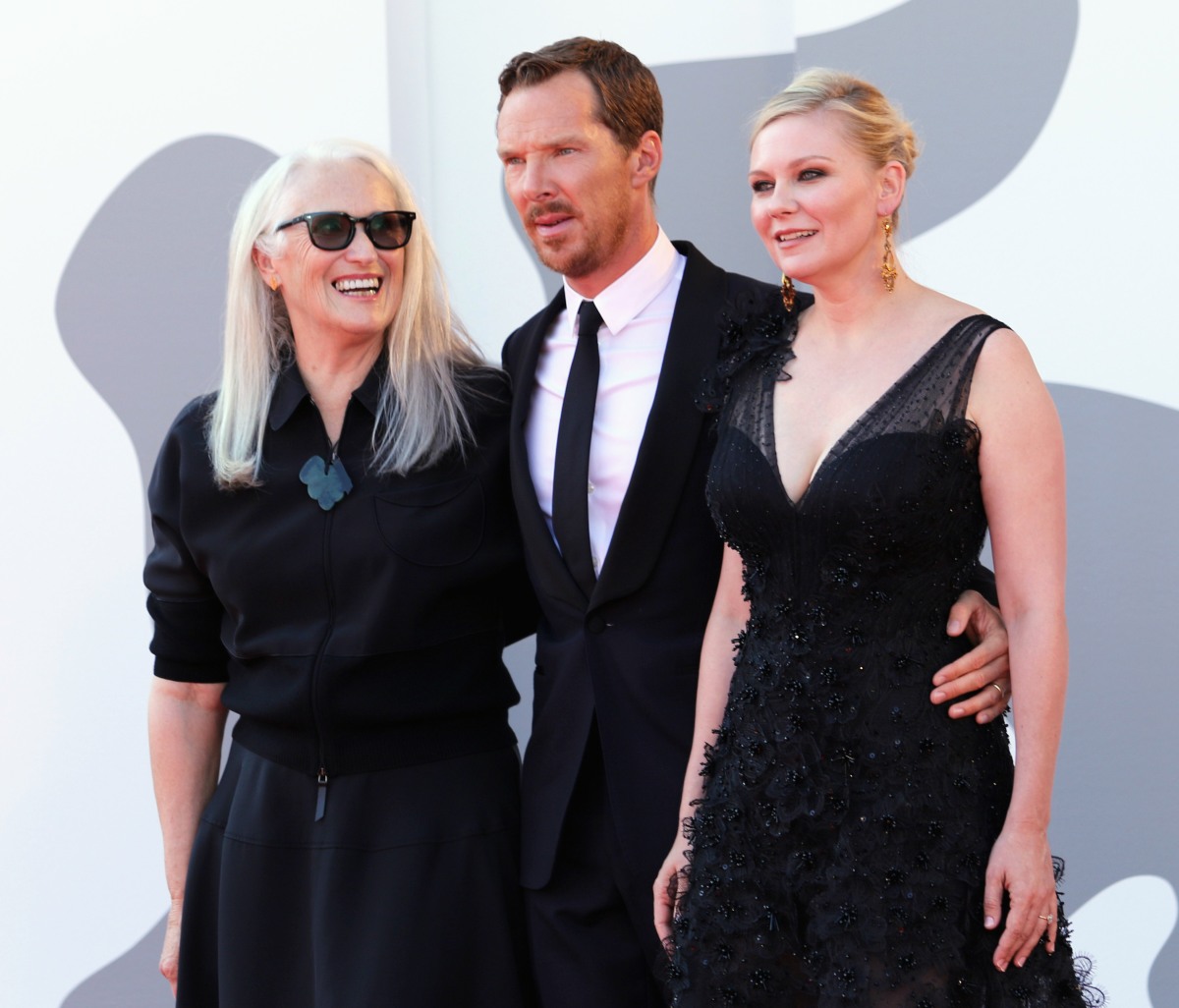 The New York Times did a very lovely profile of Benedict Cumberbatch this week, to help him promote The Power of the Dog and The Electric Life of Louis Wain. That’s right, we’re being gifted with another Bendy Oscar Campaign! Hopefully, this one will go a little bit differently than the one he waged in 2014-15 for The Imitation Game, which featured a surprise pregnancy and engagement, Jaguar sponcon and Benedict giving easily twenty million interviews. It was a bonkers time. Nowadays he’s a father of three boys, a husband to Sophie Hunter(batch) and he seemingly has his pick of posh characters. But in The Power of the Dog, he plays a toxic American cowboy in 1925. You can read the full NYT piece here. Some highlights:

His character in The Power of the Dog: “He behaves abhorrently, but there is a deep well of pain there, this life not lived, an arrested development that informs the way he behaves. If we don’t understand the monsters in our world, what motivates this behavior, if we can’t look at someone beyond being a baddie or a goody, then we’re in trouble.”

Being a husband & father: “I fit a lot of very boring brackets in my personal description. I am drawn to the otherness of these people, to the difference from my lived experience. I want to understand it from the inside, not go, ‘Oh, I know what that feels like.’”

The fame from Sherlock: “The fame thing was very acute afterwards. For a while it’s what I was known for and I’m grateful for it. But did it overtake my life? Is that what I’m chiefly recognized for? I don’t think so anymore.” On the possibility of playing Sherlock again: “We never say never about doing it again.”

What he needed for ‘Dog’: “I need whittling lessons, I need riding lessons, I need banjo lessons, I need dude camp.” He spent several weeks on Montana ranches. “An amazing way of life opened up for me. Pretty much everything I do in the film, I learned to do…braiding rope, working with the cattle, castrating — braiding rope while smoking a cigarette, incredibly difficult! I did things like not washing for a week, getting up at all hours to tend to the animals, muck out stables, put together every part of the saddle. I needed it to be like second nature.”

Why ‘Dog’ is important: “[It] is that it still bears relevance. There are still angry, toxic masculine character traits writ large in world leaders of late, let alone other kinds of domestic abuse or abhorrent male behaviors.” It’s important, he added, that “we are getting to a place where women are being heard. But we should also be looking at men; why are men like this?”

“But did it overtake my life? Is that what I’m chiefly recognized for? I don’t think so anymore.” Who wants to tell him? I’m an old-school Cumberbitch and even I mostly think about him as “Sherlock.” I appreciate the fact that he’s not slamming the character or belittling what made him famous because a lot of people still love that series. As for the dude stuff with Dog… this is another version of the “I suffered so much on this film” Oscar campaign. This is “I completely got out of my comfort zone and became an entirely different person and learned all of these new skills” Oscar campaign. Which I prefer – that IS acting! More so than wearing prosthetics and complaining about it for six months.

A post shared by The New York Times (@nytimes)