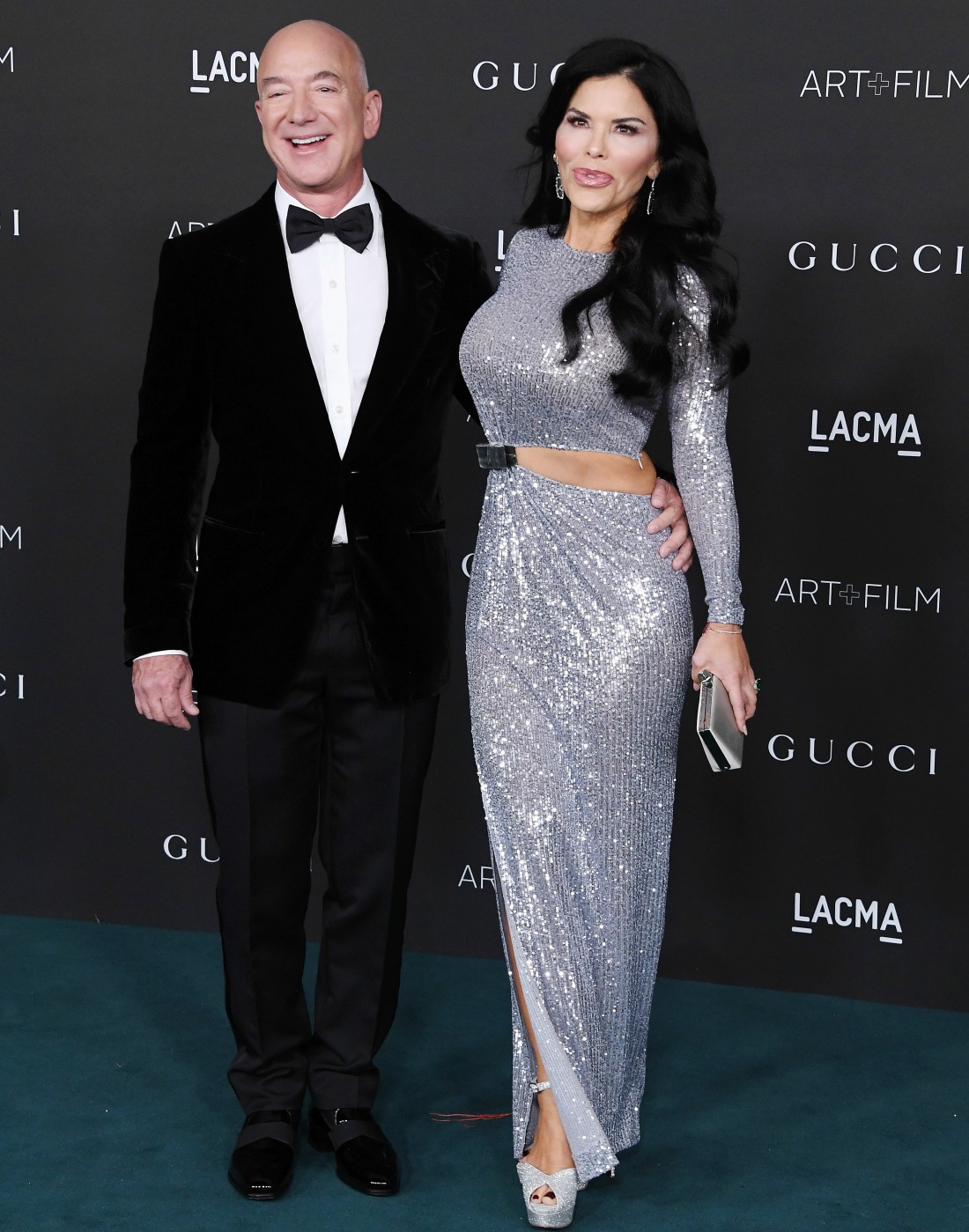 Saturday night, the annual LACMA Art + Film gala was held. It was very well-attended, because all of these late-summer and autumn events in LA have been well-attended. People are desperate for red carpets and parties following (hopefully) the late stages of the pandemic. Billionaire Amazon founder Jeff Bezos, the richest man in the world, attended with his girlfriend Lauren Sanchez. Bezos and Sanchez have been together since 2018, when there was overlap between his marriage to Mackenzie Scott and his affair with Lauren. By 2019, Bezos and Sanchez were attending social events together and she accompanied him on business trips. They live together and he’s very happy, one would assume, since he tanked his marriage for Lauren. But is Lauren happy? Or does Lauren flirt with every man she encounters? This video is of Bezos and Sanchez greeting Leonardo DiCaprio at the Art + Film gala:

One of the most perceptive comments I’ve ever read was on this blog when someone noted that Jeff Bezos “is not a hunter.” He went for a woman who was already in his orbit, someone who threw herself in his path, someone he did not have to “hunt” or really pursue whatsoever. But here’s the thing: former entertainment reporter Lauren Sanchez IS a hunter. That is the body language of a woman who is always looking for either an upgrade or a lateral move. What do you do when you’ve landed the richest man in the world? You throw yourself in the path of arguably one of the most eligible bachelors in the world. It’s second nature to her.

PS… How do I say this? Um, Jeff Bezos bought his girlfriend an upgraded chest. She was not that busty a few years ago and she definitely enhanced her lips. Her plastic surgery my God!!! How many cosmetic procedures has she had? 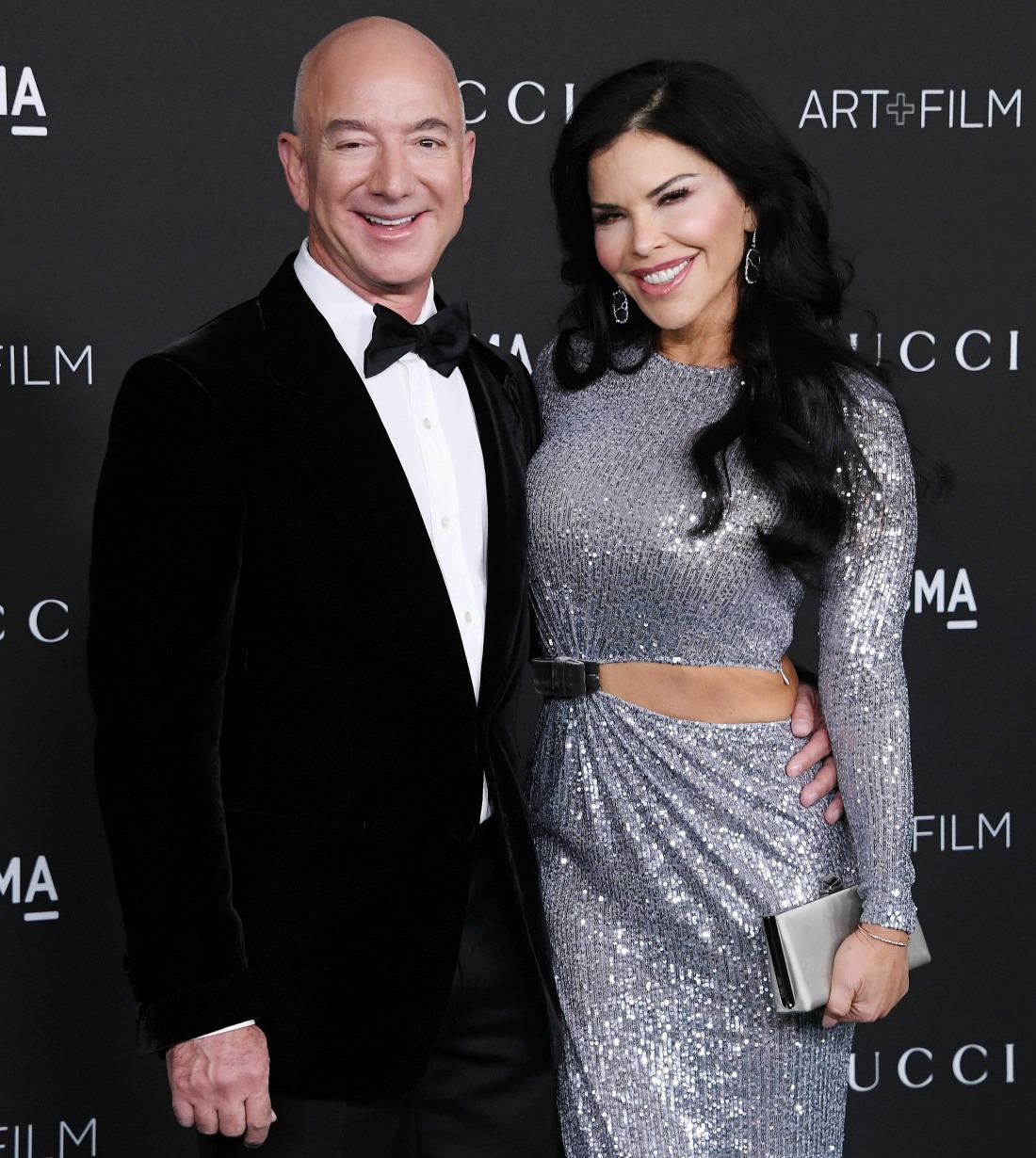 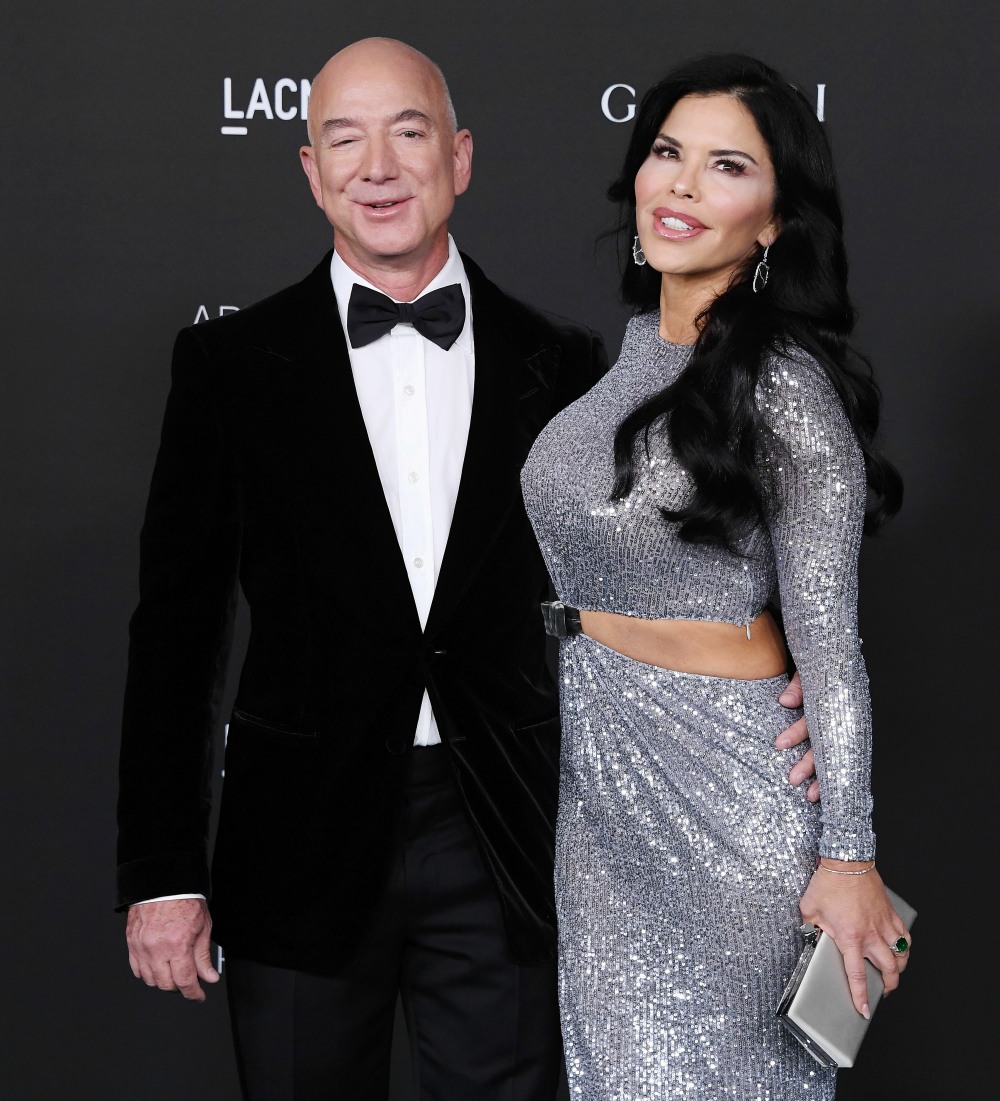 PPS… Leo didn’t even pose for many photos and he was there with his girlfriend Camila Morrone. Camila is 24, just FYI. She won’t “age out” of Leo’s Girlfriend Experience until next June.