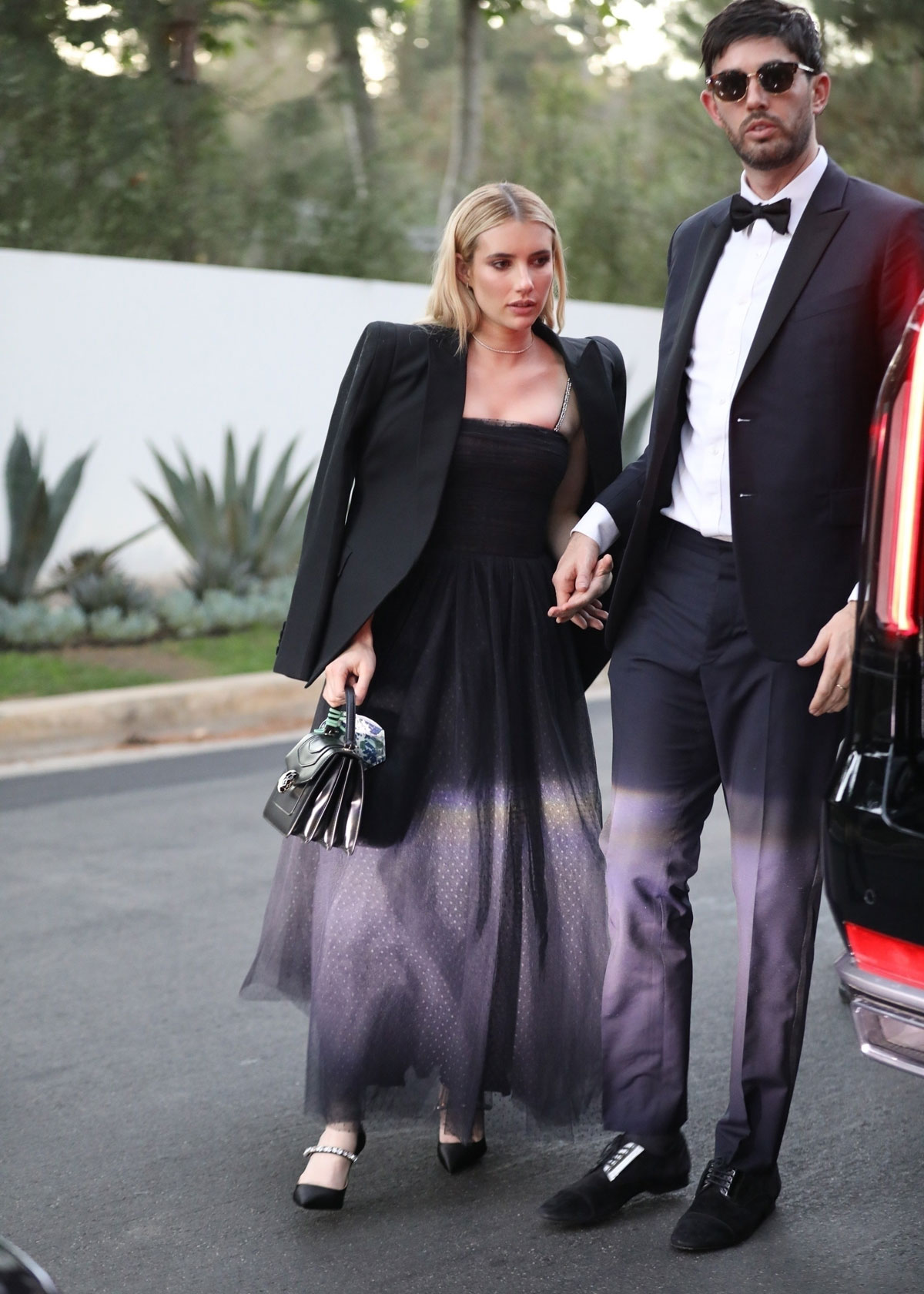 Thanks to a reader for pointing this out to me: Emma Roberts attended Paris Hilton’s wedding on November 11th. Emma wasn’t hiding, and she was holding hands with a date upon her arrival. Her date was not her baby-daddy Garrett Hedlund. Which is not some huge surprise, but it still feels notable, especially since they’ve never confirmed a breakup. Garrett and Emma began dating in 2019, and she got pregnant in 2020. She and Garrett tried to put a bow on it and they were “together” before they welcomed their son Rhodes just after Christmas 2020. Over 2021, there have been whispers that they broke up, but again, no one confirmed anything. And here’s Emma, holding hands with Cade Hudson at Paris Hilton’s wedding.

Although they like to keep their relationship pretty low-key, Emma and Garrett have been spotted a few times since welcoming their child, Rhodes, together last Dec. 27. Rumors of their potential split, however, have made the rounds, as numerous social media detectives noticed the pair both unfollowed each other on Instagram, per the Daily Mail.

I actually respect the way Emma handled all of this sh-t with Garrett, I have to say (and I don’t even like her). She didn’t marry him, she made it clear that she would have the baby regardless of his involvement, they were “together” throughout her pregnancy and then whatever happened this year, they kept it quiet. As for Cade Hudson… he’s nice looking and tall, that’s all I’ve got. Interesting that Emma is seeing someone behind-the-scenes in management and not another actor. PS… I glanced through Emma’s Instagram and there are no photos of Garrett or Cade. On social media, she acts like a single mother (which is probably the truth). 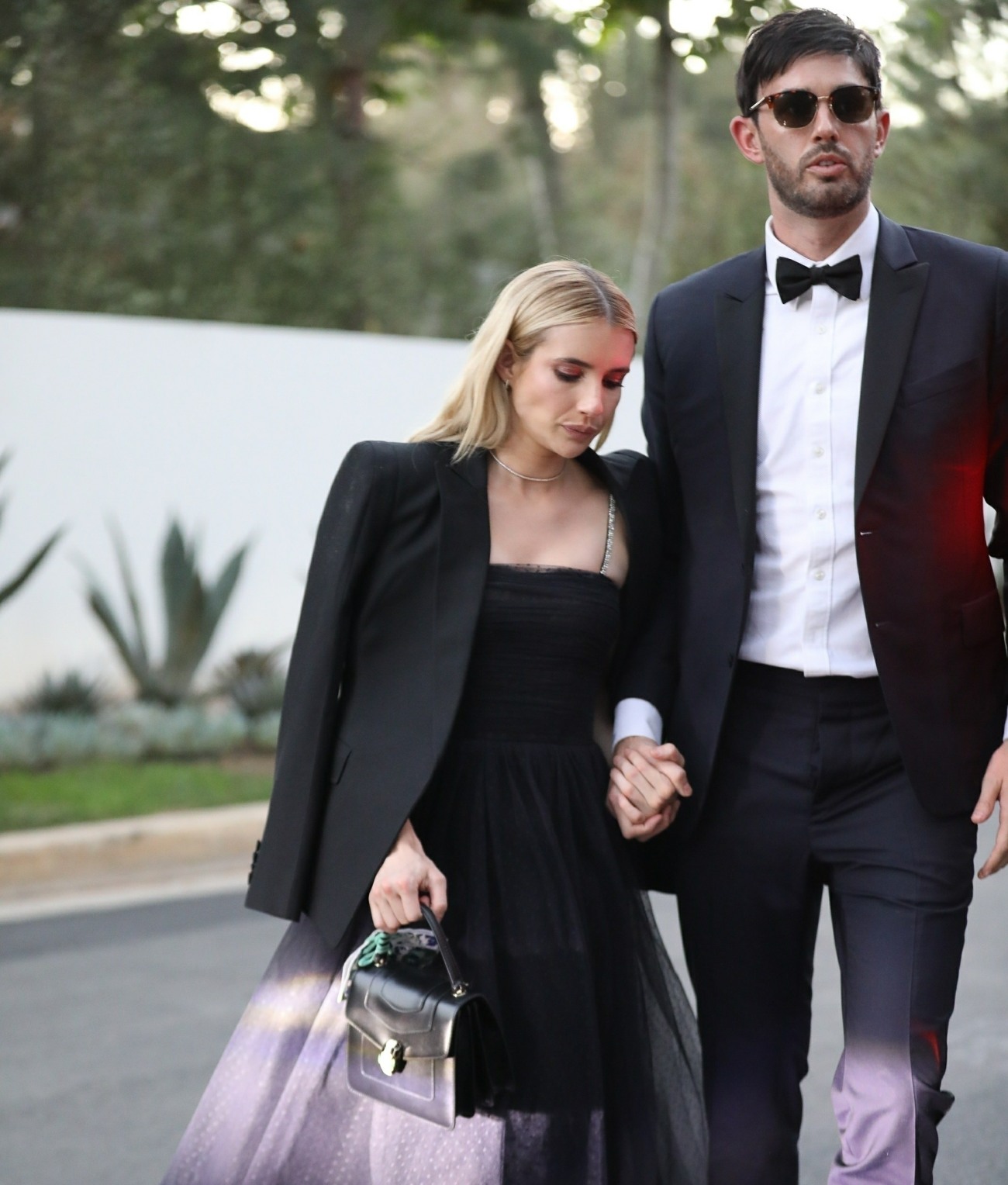 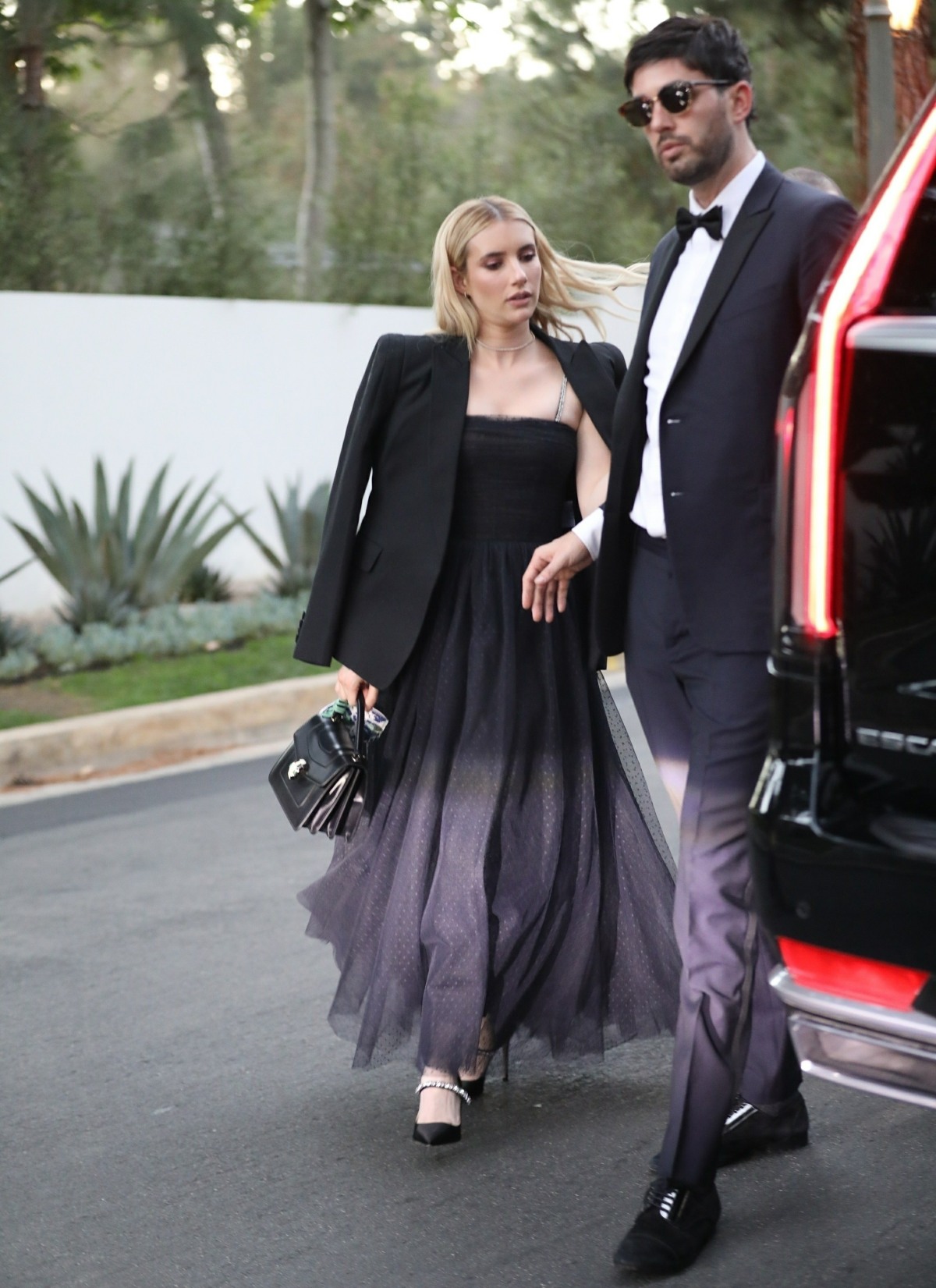