Taylor Swift releases the ‘All Too Well’ short film & wow, Jake Gyllenhaal is a d-bag! 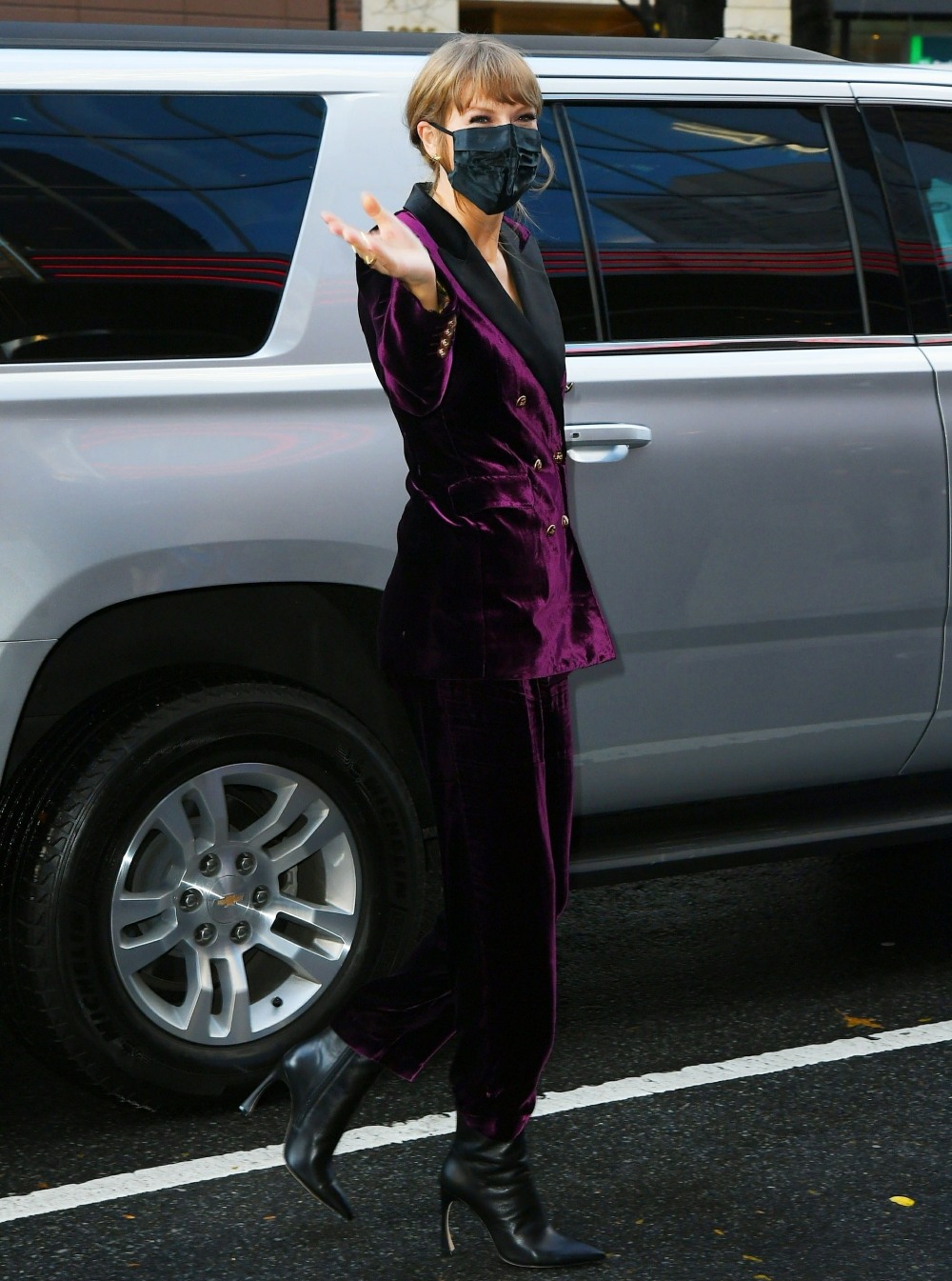 On Friday, Taylor Swift dropped her “short film” for the ten-minute long song “All Too Well.” The film and the song are about Taylor’s brief but significant romance with Jake Gyllenhaal in 2010. Jake clearly f–ked her up at the time, so much so that most of her album Red is devoted to analyzing their relationship. Now Taylor has re-recorded Red into Red (Taylor’s Version) with some newly recorded versions of the original songs plus some songs from the vault, and the 10-minute version of “All Too Well” is one of those vault songs (there is a shorter version on the original album). Even for Taylor, the song is so autobiographical. The details in the song are barely Easter eggs – she’s just recounting her relationship with Jake and where it all went wrong. And if you needed to be bashed over the head with what this song is about, Taylor explains it in vivid detail in the short film she wrote and directed:

That’s Sadie Sink as the young redheaded version of Taylor and Dylan O’Brien as the toxic Jake figure. While I absolutely see why this relationship f–ked her up so much when she was 20 years old, I just… yeah, I’m too old to fully appreciate it, I guess. I was going to say that at 20, Taylor probably didn’t have many people in life saying “girl, these are RED FLAGS” but she wouldn’t have listened to those friends anyway. What Taylor has ended up doing is making Jake look like a cliche, like a dime-a-dozen gaslighter douchebag. Maybe he is. Tay also performed the ten-minute version on Saturday Night Live this weekend:

One of the “Easter eggs” is about an actress at a party who comforts her when she’s crying in the bathroom, and people think the actress is Jennifer Aniston. It could be… but I’m not entirely sure? Remember, before there was Jake Gyllenhaal, there was John Mayer. Taylor and Jen Aniston both dated Mayer and I just… whew.

The photos are from Taylor’s premiere event for All Too Well on Friday – her velvet suit is Etro – and then on Saturday night, after SNL, when she went out partying with Joe Jonas (eh), Sophie Turner, Blake Lively and Ryan Reynolds. 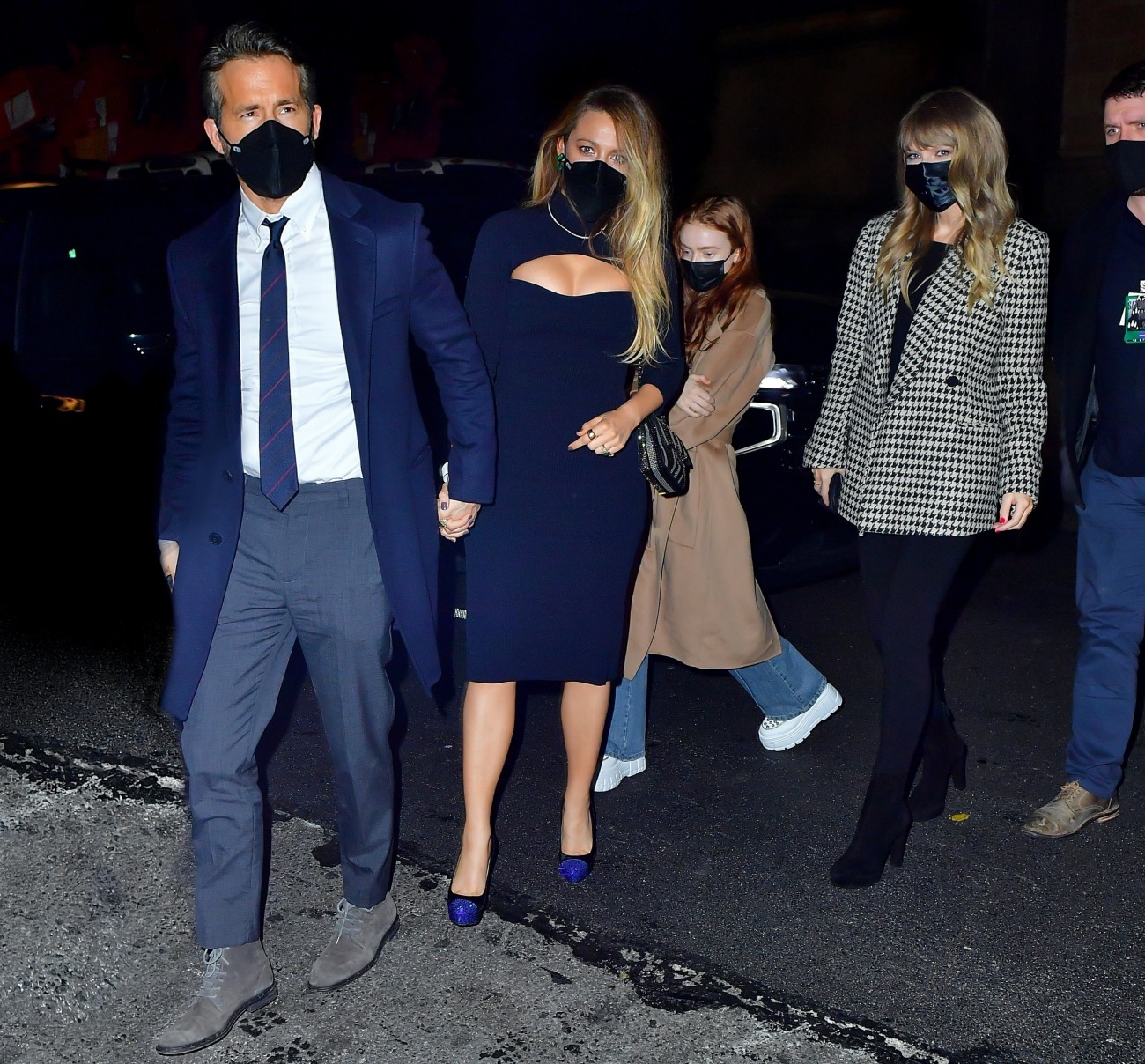 194 Responses to “Taylor Swift releases the ‘All Too Well’ short film & wow, Jake Gyllenhaal is a d-bag!”