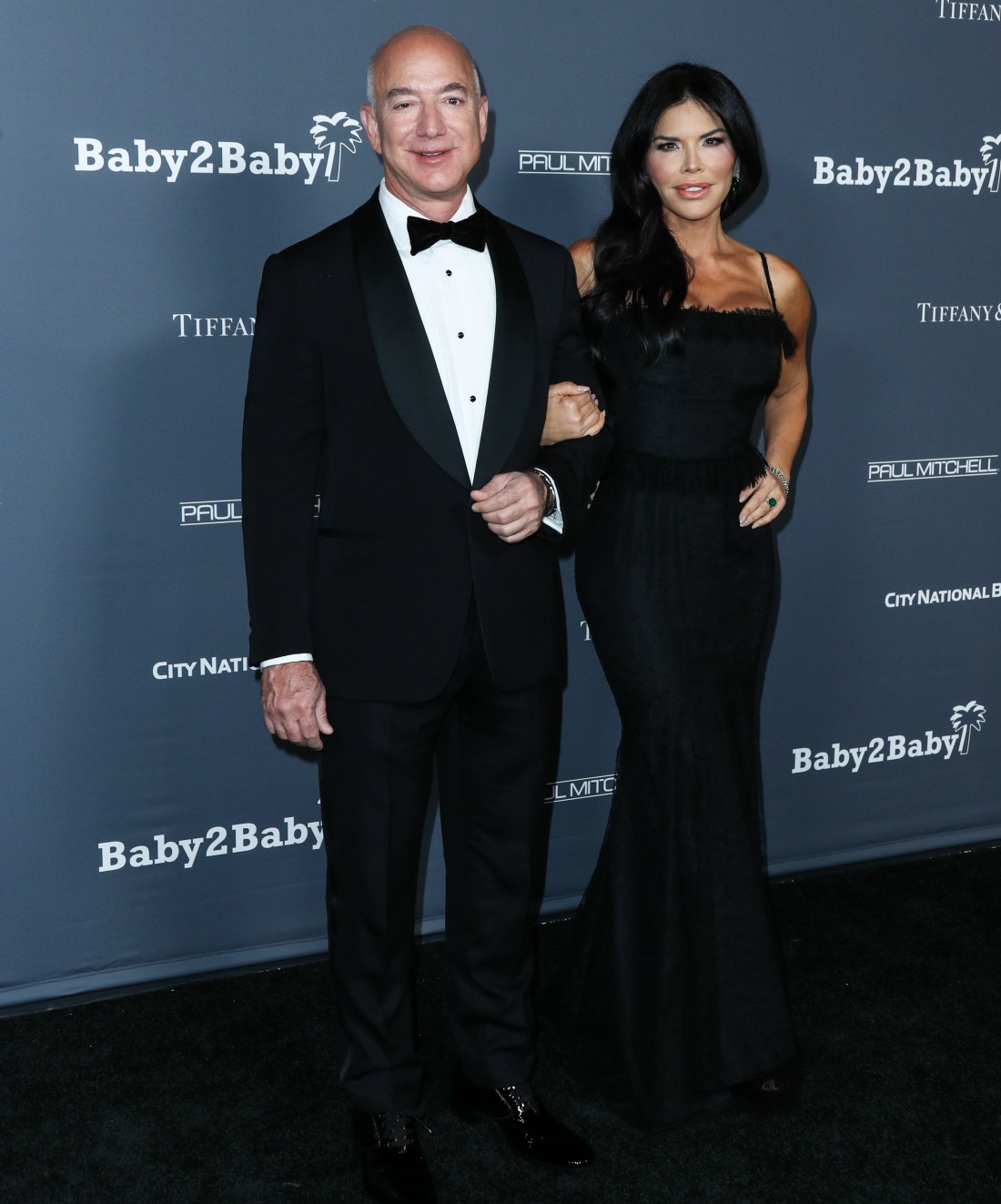 It always cracks me up when some relatively minor event in LA ends up getting a huge A-list red carpet turnout. So it is for Baby2Baby, a very popular and well-supported national nonprofit providing clothes, diapers and essential items to parents and children living in poverty. Baby2Baby has a huge amount of support from the Hollywood A-list, and the annual Baby2Baby gala has grown in size in recent years. This year’s gala was mega! So many big-name celebrities came out. CB and I have split up some of the photos.

The thing about Jeff Bezos is that when he was married to Mackenzie, they rarely attended events in LA. I’m sure they had their own social circle, but the circle was decidedly un-Hollywood, un-celebrity. That changed when he left his wife for Lauren Sanchez – she loves to go out, she loves to be seen, she loves Hollywood events. I mean, typical trophy wife/girlfriend, but it goes beyond the cliche – men with Jeff Bezos’ power and money generally want wives who are social butterflies, who will expand their social horizons. So yeah, Jeff and Lauren went to the gala. He could fund Baby2Baby for 300 years and it would just be a drop in the bucket. I hope he did write a large check. If Lauren got him to make a big donation, I won’t make fun of her plastic surgery for a month. 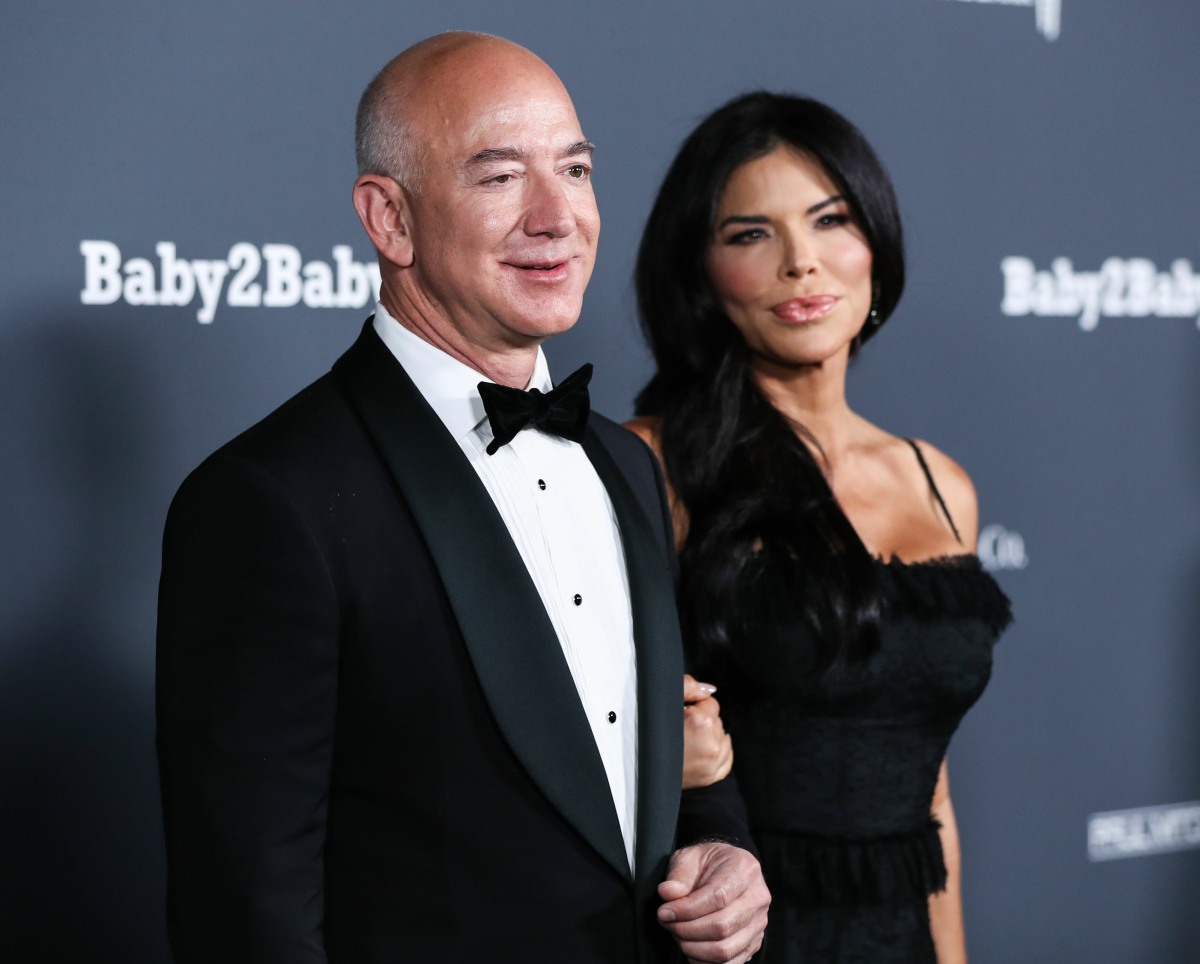 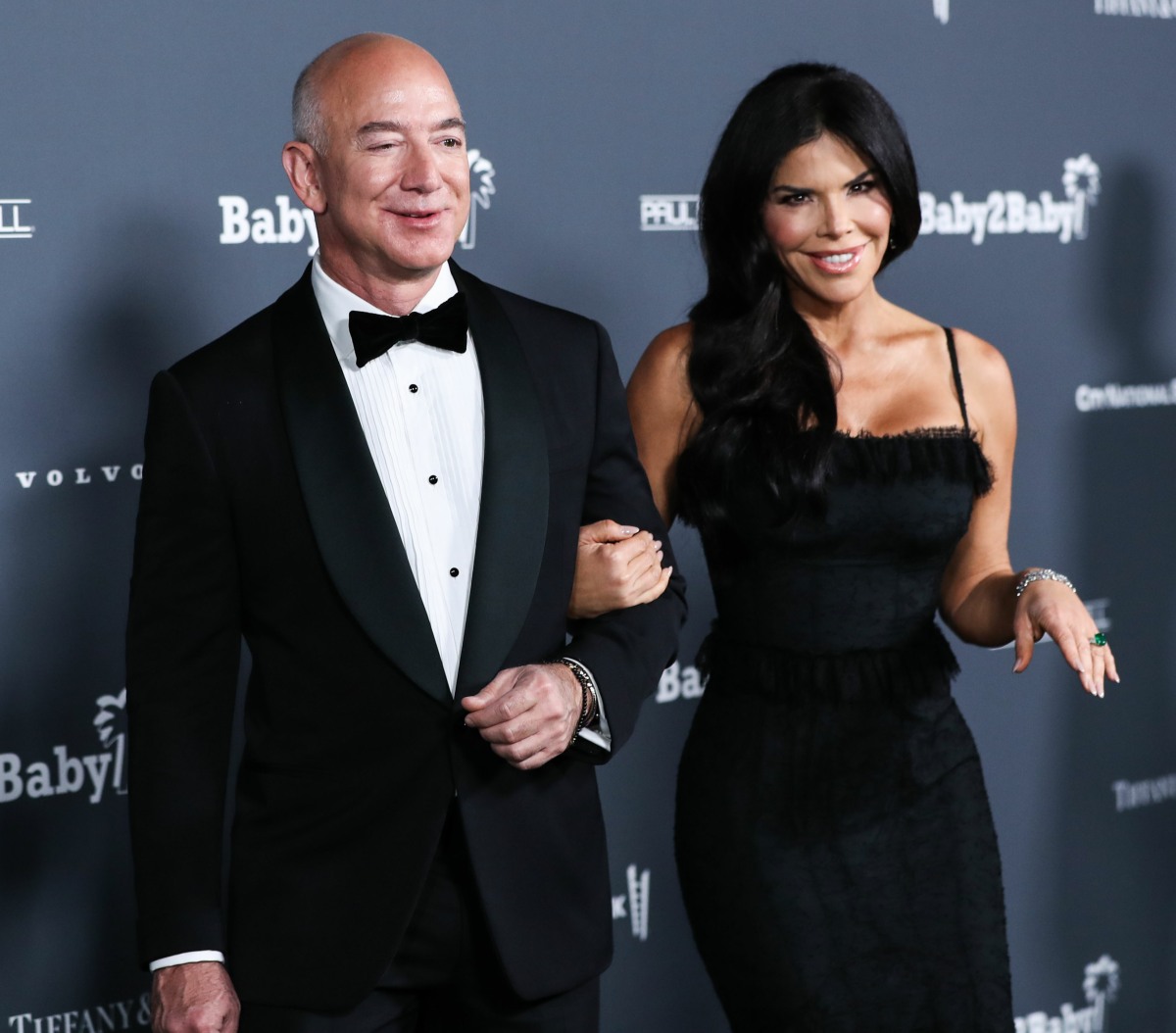 Kate Hudson wore Carolina Herrera – this feels on-brand for Kate, she loves pink and red and she likes weird clothing which isn’t always that flattering. I could do without the puffy sleeve and I think the dress would have looked so much better without it. Kate was there with her man, Danny Fujikawa. 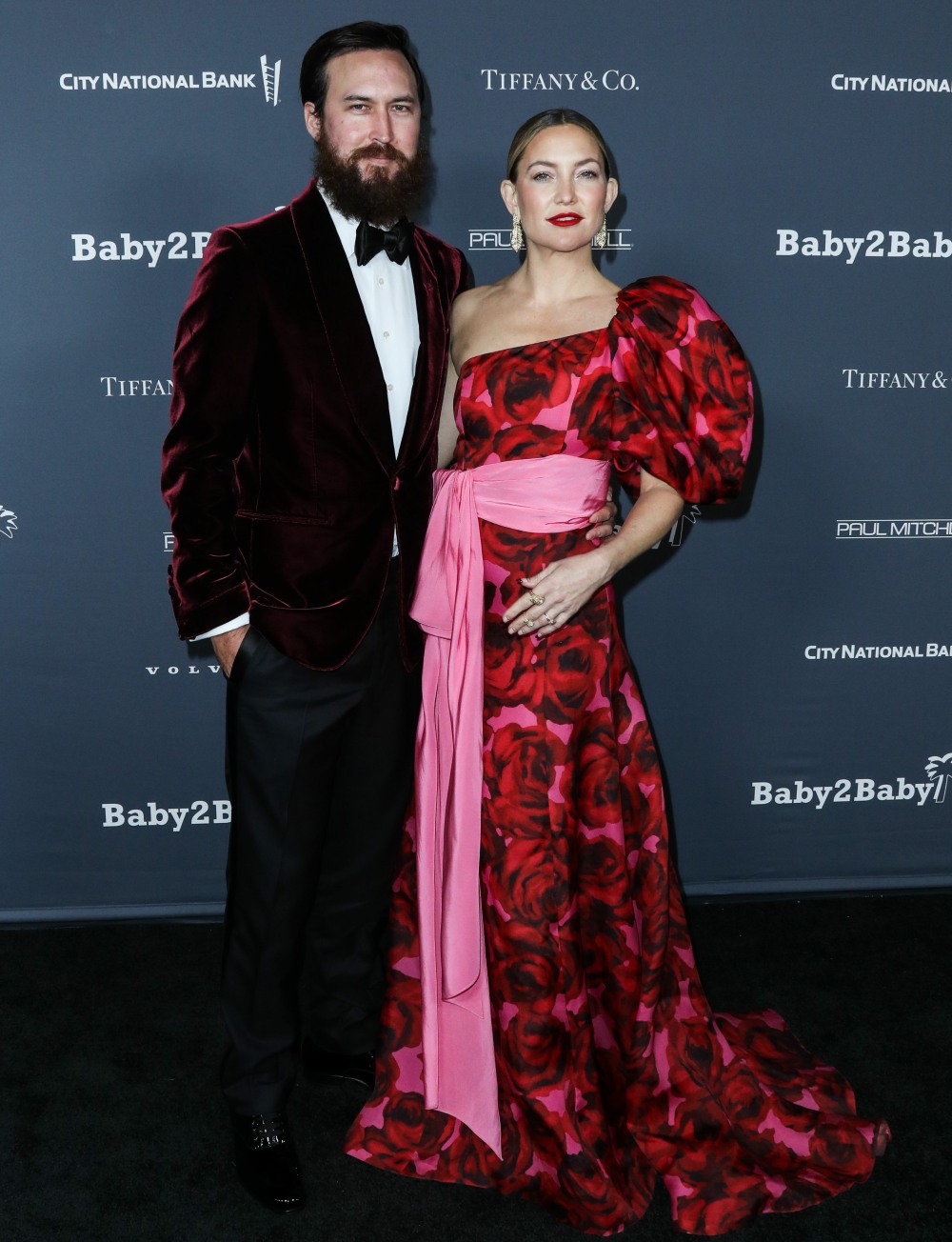 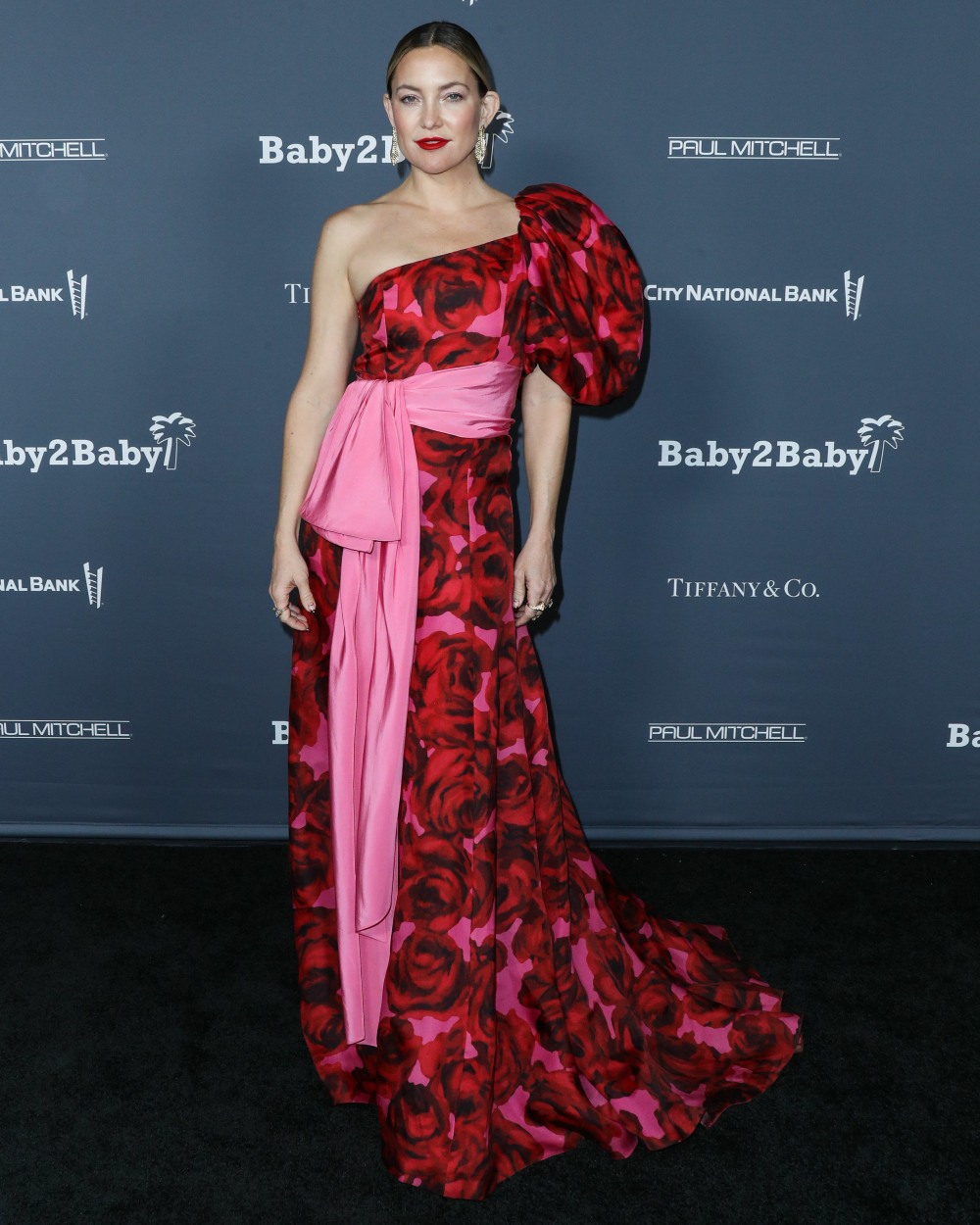 Jessica Alba in Prada. Wow, she looks great? She’s had that honey-caramel hair color for so long, I forgot how amazing she looks with dark hair. Her hair color took five years off, I swear. 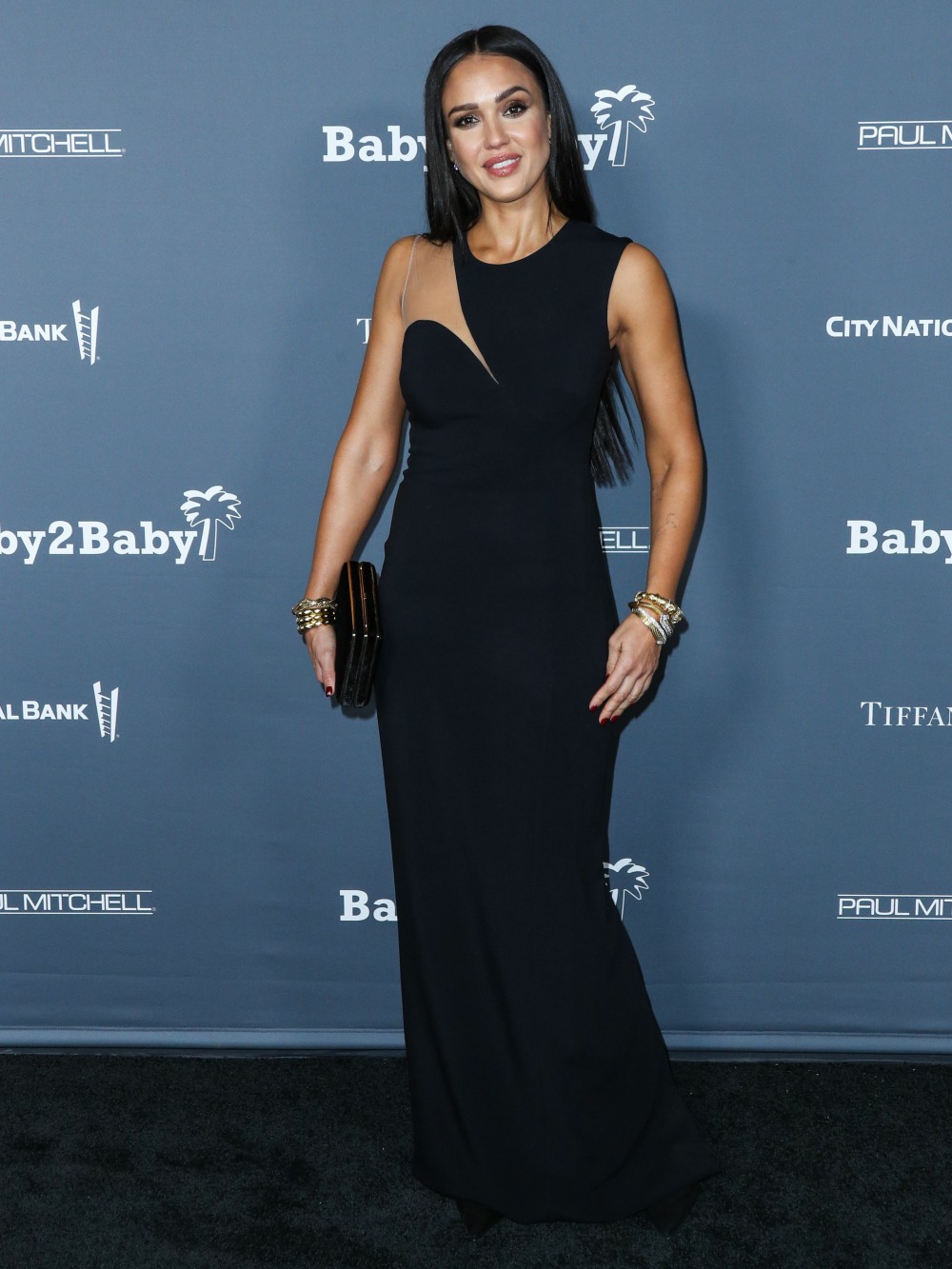 Miranda Kerr in Michael Kors. It’s a cute dress, honestly, but way too summery for a November gala, I don’t even care that it’s in LA. 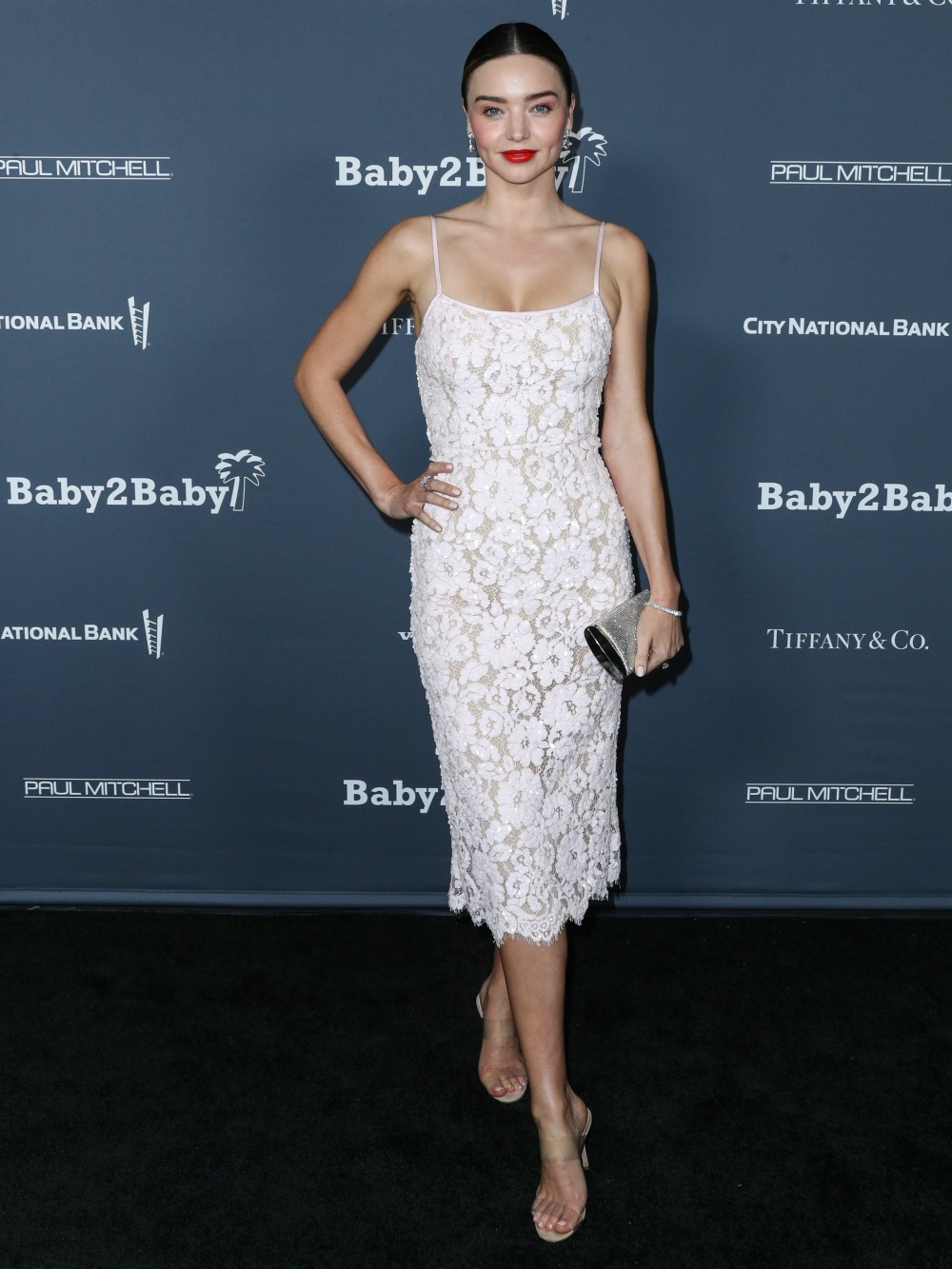 Mindy Kaling in Valentino. Oh, God. I love her but I don’t always love the clothes she chooses. THAT RUFFLE!!! 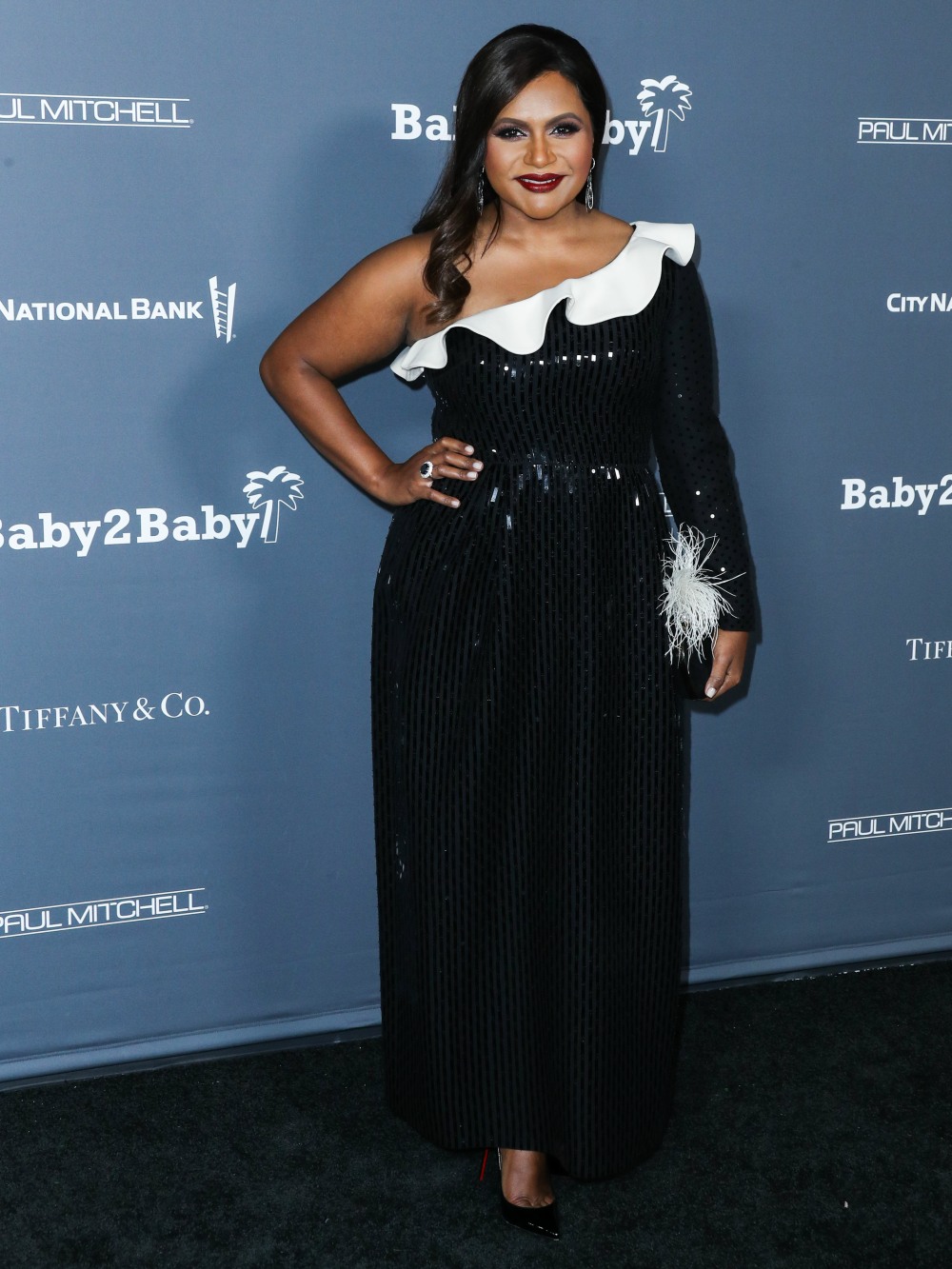 Riley Keough in The Row. Why the bangs? Why the bedsheet? Since it’s The Row, I’m sure the bedsheet retails for upwards of $3000 but it really is just a white sheet. 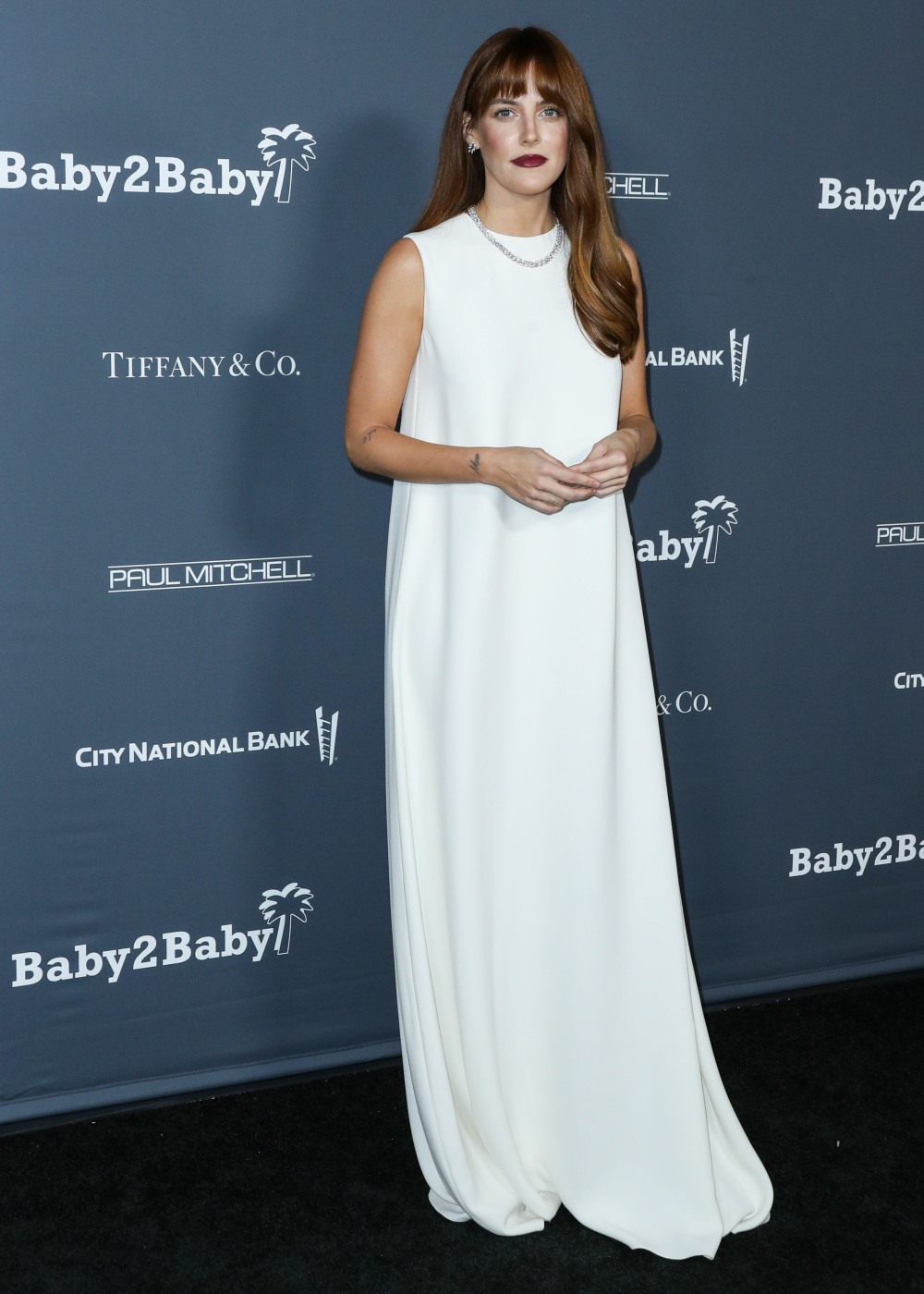