Ridley Scott on superhero films: ‘Their scripts are not any f—ing good’ 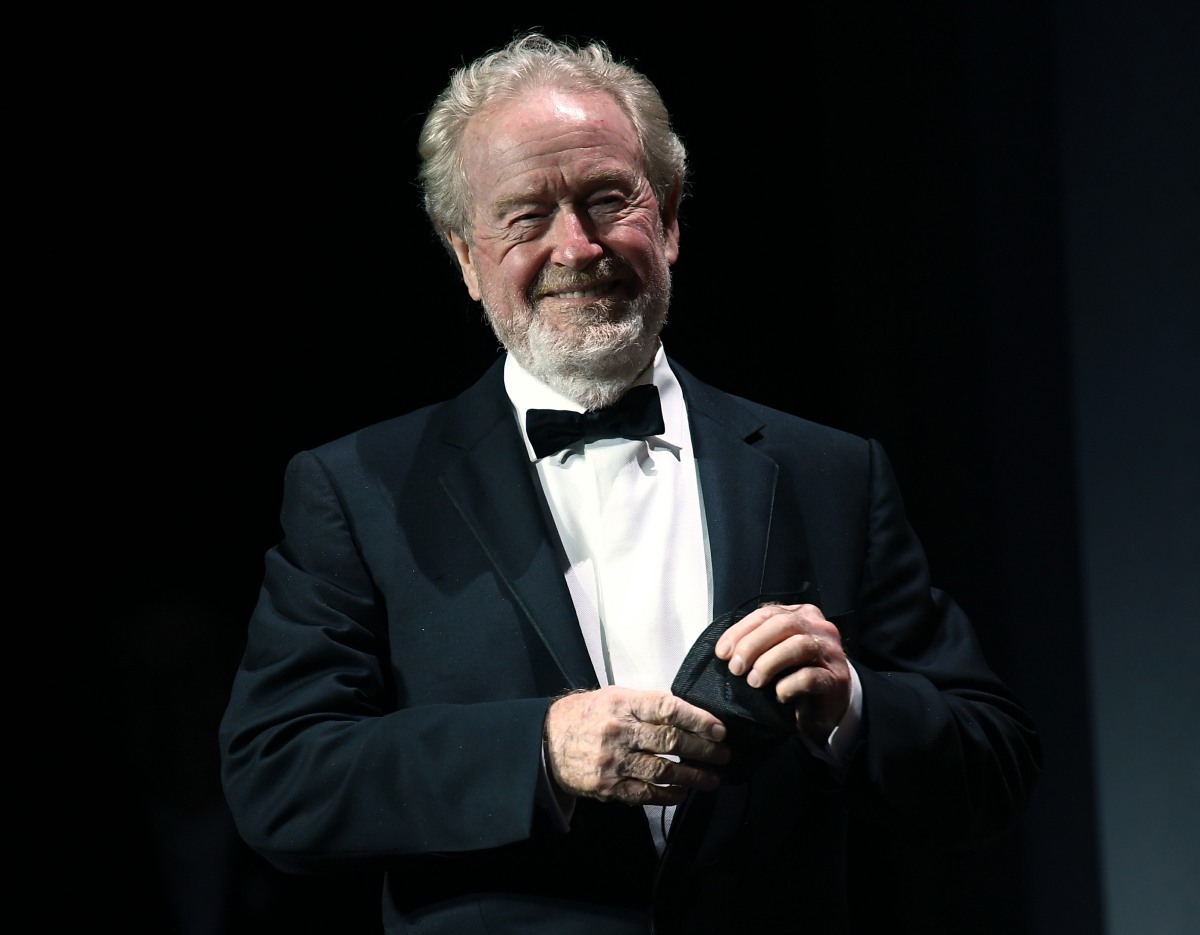 I went into Ridley Scott’s Deadline interview knowing that he was going to talk sh-t about superhero movies and I just wanted to find the context so I could write it up and “yas queen” Sir Ridley. However, it turns out that this Deadline piece is amazeballs! Ridley isn’t just talking sh-t about superhero movies, he’s talking sh-t about everything other than his beloved Lady Gaga. Ridley Scott has two awards-bait movies out this fall, House of Gucci and The Last Duel. He worked throughout the pandemic and it just happened that both the films were ready for release. Anyway, Sir Ridley is 83 years old and sharp as a tack! You can enjoy the full Deadline piece here. Some highlights:

He digresses to complain about iPhones: “Today, I think $400 million is still a heckuva lot of money, but when you look at Jeff Bezos, or Apple, these are two and a half trillion dollar companies. So, it’s gone grotesque; it makes no sense whatsoever. They can’t measure their genius by that amount of money. It doesn’t make sense, right? They found a window with a genius item [holds up his cell phone] and I think the f–ker who made this has f–ked up probably this entire millennium new generation. So, with this, you think you’re a f–king genius, right? If I asked a 20-year-old, what’s 12 times 12, they can’t tell me. They have to get onto the f–king calculator mode on this thing. Maybe this is simplistic, but I am very concerned about the next generation.

On accent work: “In The Last Duel, there’s no French accent. That would’ve been a disaster, and yet, it’s all French. Who cares? Like, shut the f-ck up, then you’ll enjoy the movie.

Casting Lady Gaga: “If I’d been doing this 40 years ago, it would’ve been Elizabeth Taylor. Patrizia looked like Liz Taylor, and she was small, and her husband was 6-foot-4. Adam Driver’s 6-foot-f–king-4. It’s almost like Adam is the straight man and Patrizia gets all the laughs, but you need the straight man for the laughs to work, and her evolution is a shock, when she steps across the line, certainly as you get into the end of the first act, and you start to sense that this may be going somewhere I didn’t expect.

He loved working with Gaga: “I mean, I work like a f–king demon, but she and I were really very good for each other because she keeps up. She’s on everything. It became more and more enjoyable because, singers can be a bit fragile. This is a big movie, and some singers have not made that transition. They make it in music, they do it quite well. I’m not going to name singers, but when a singer goes onto film, they can evaporate. Somehow, they haven’t got the presence. Not her. She’s right there, and she knows the camera. She’s used to that, from being a performer on stage…. So, she’s a multitalented, multifaceted producer, really, apart from being a performer. My hat came off to her, because I could see she knows exactly what she’s doing. And I know exactly what I’m doing. It was a very good marriage. She loved the fact we moved like lightning. We did the film in 42 days, and came in $5 million under budget.

Alien IS a superhero movie, I’ll buy that. Gladiator is… not really a superhero movie? It’s its own thing, a sand-and-sword epic or whatever. But yes, storytelling is important. And it’s odd to me that the Marvel and DCU stans aren’t pouring scorn onto Ridley Scott right now, like they did when Martin Scorsese criticized superhero movies. Anyway, as it turns out… Ridley Scott is okay. He adores actors, he loves history, he loves his own kids and thinks they’re crazy-talented and he thinks “40 years ago” was the 1960s. I love him. 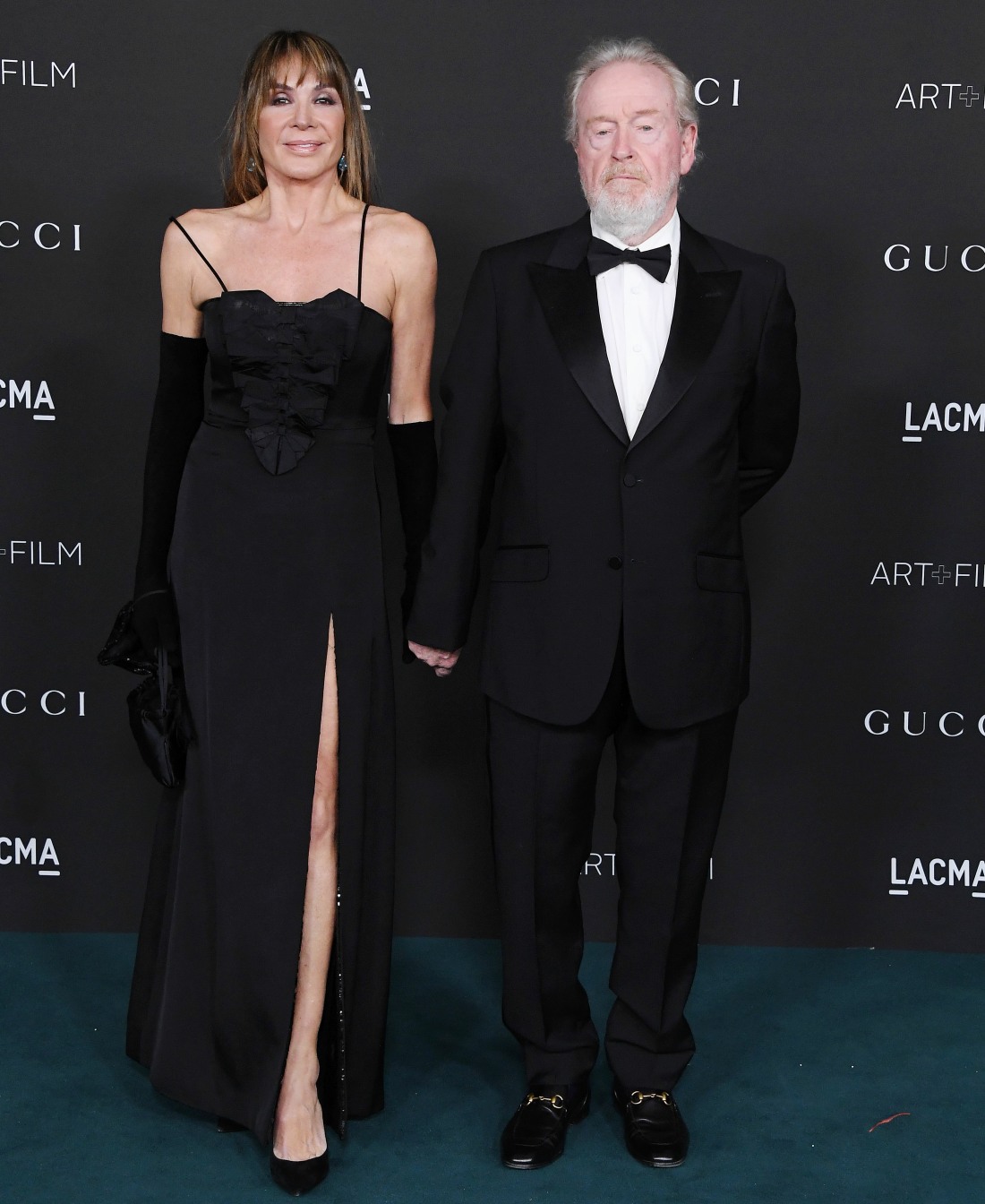 63 Responses to “Ridley Scott on superhero films: ‘Their scripts are not any f—ing good’”