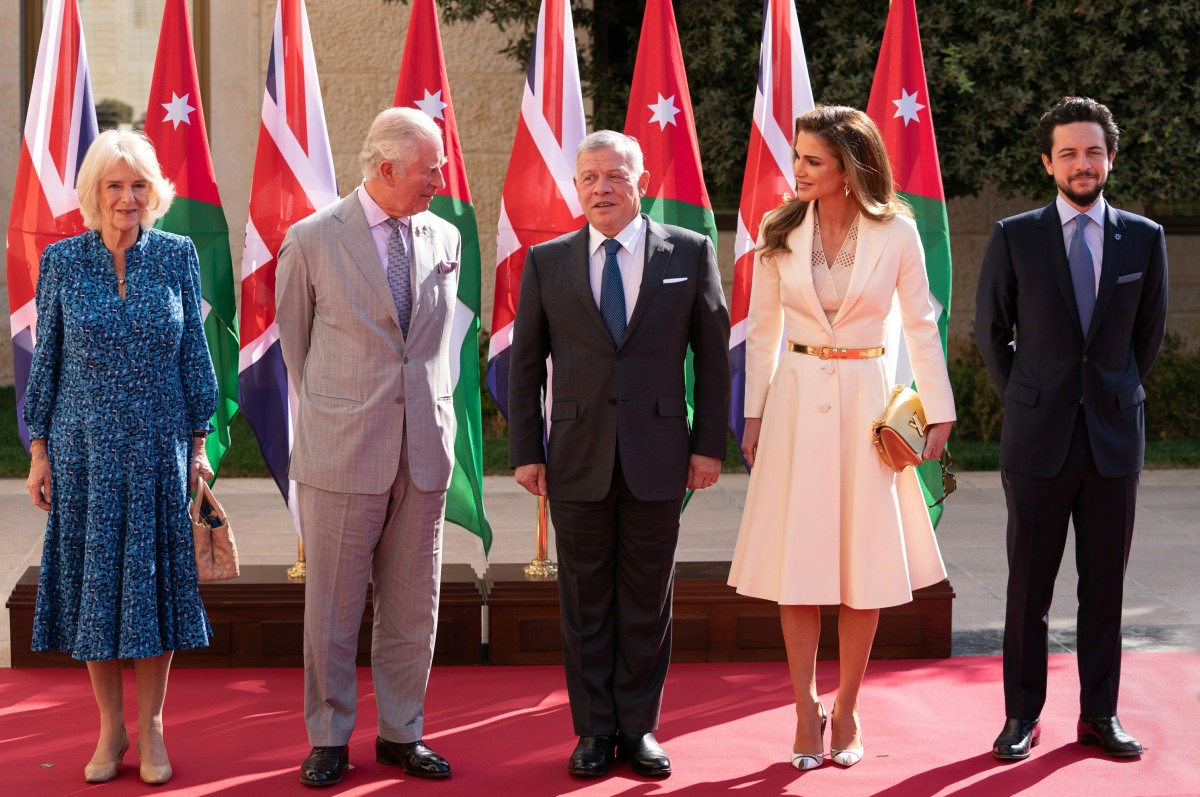 On Tuesday, Jordan’s King Abdullah II and Queen Rania formally welcomed the Prince of Wales and Duchess of Cornwall to Al Husseiniya Palace in Amman. Charles and Camilla left the UK on Monday and it doesn’t take *that* long to fly from the UK to Jordan, so my guess is that Chaz and Cammy arrived in Jordan on Monday evening and they got to rest overnight before their tour really began. Plus, royal reporters always say that Camilla doesn’t travel as well as Charles and she often needs more time to adjust, so it’s quite likely Camilla arrived in Jordan a day early to really acclimate herself.

Did you guys know that Rania is 51 years old? Bonkers. Good genes, she takes care of herself… and maybe a little bit of plastic surgery? I’m just saying, I didn’t recognize her at first. Rania wore a Dior coatdress and Dior heels – I love the gold belt, it’s flashy without being gauche. I have to say this about Camilla… I actually do appreciate the fact that she looks her age. She hasn’t gotten a facelift, no little nips and tucks. She looks like what she is, an old wine bag. I also appreciate Camilla’s blousy, boozehound style. She generally looks comfortable and like she doesn’t care that she’s standing next to one of the most glamorous royal women in the world.

Crown Prince Hussein joined his parents in greeting Charles and Camilla. I had to look it up – Hussein is 27 years old! He’s cute and he’s a Georgetown graduate. I don’t think he’s married? He’s on Instagram!! 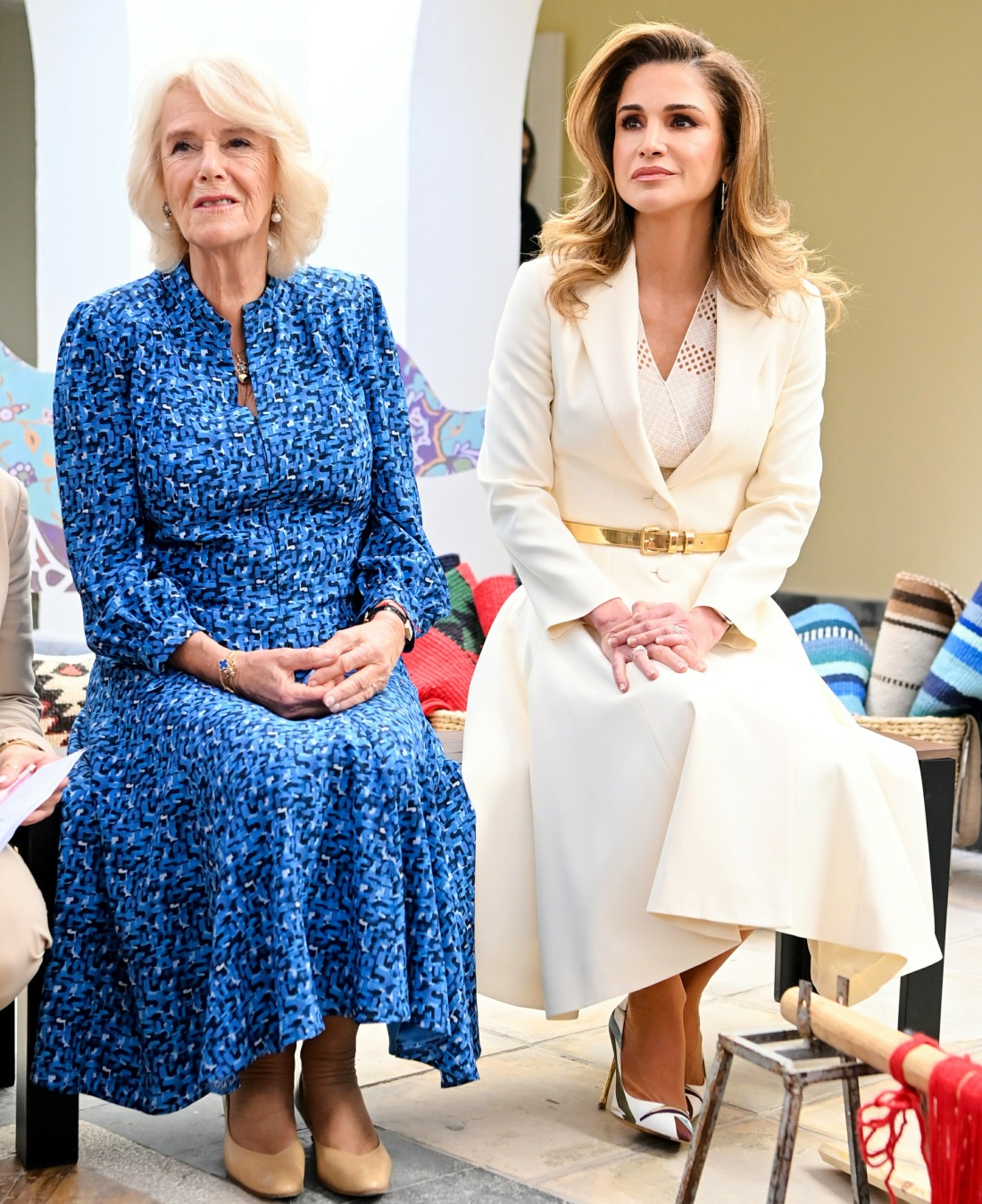 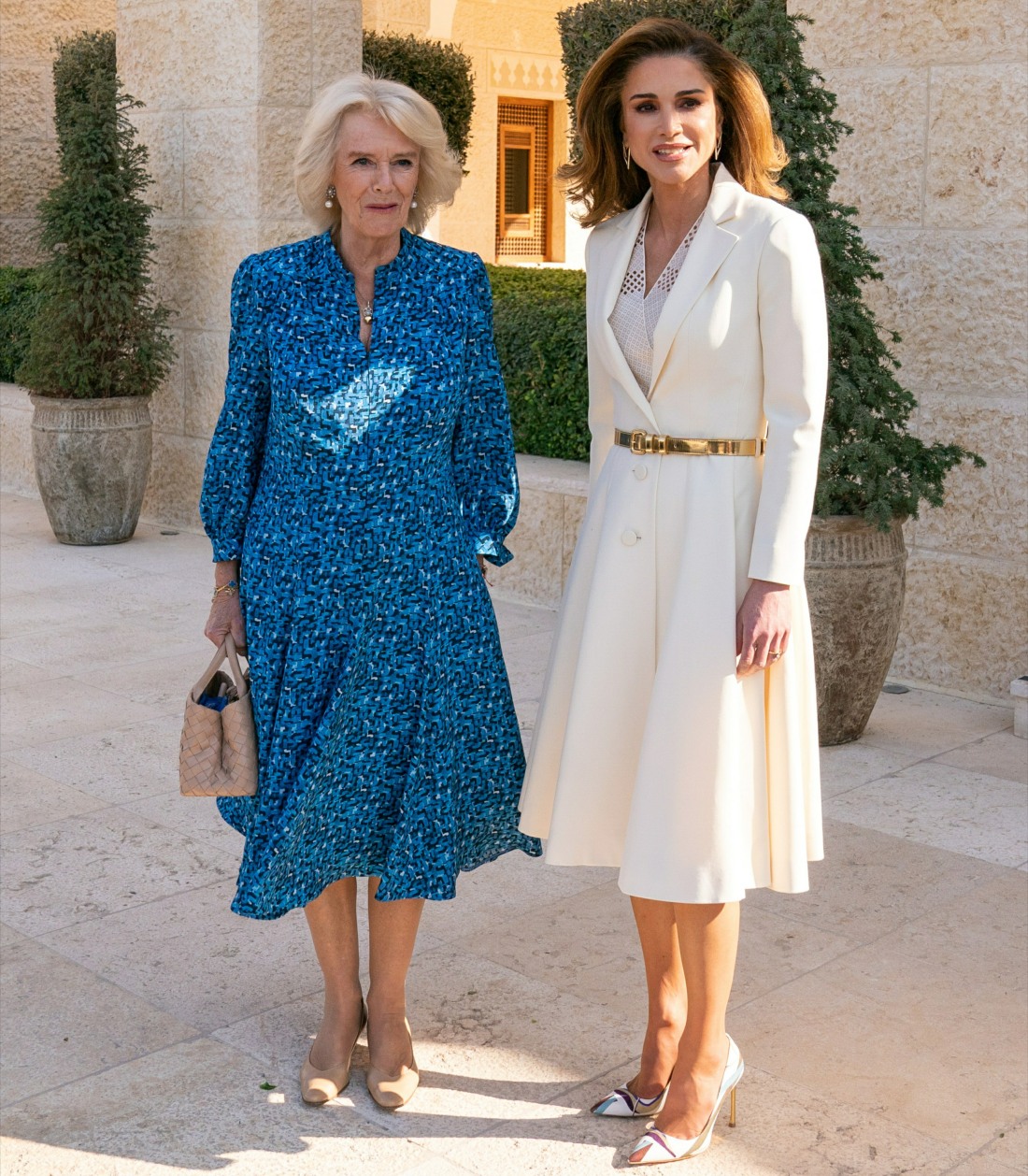 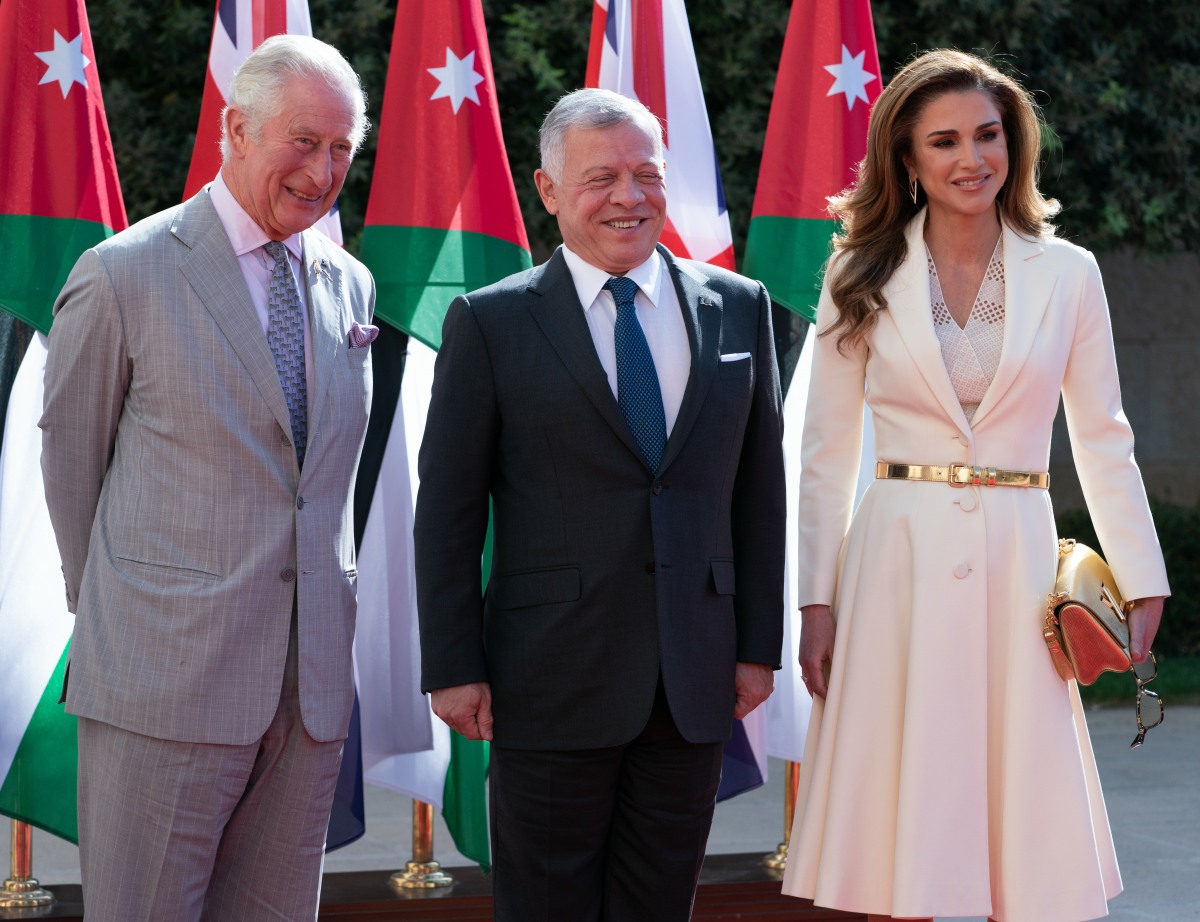