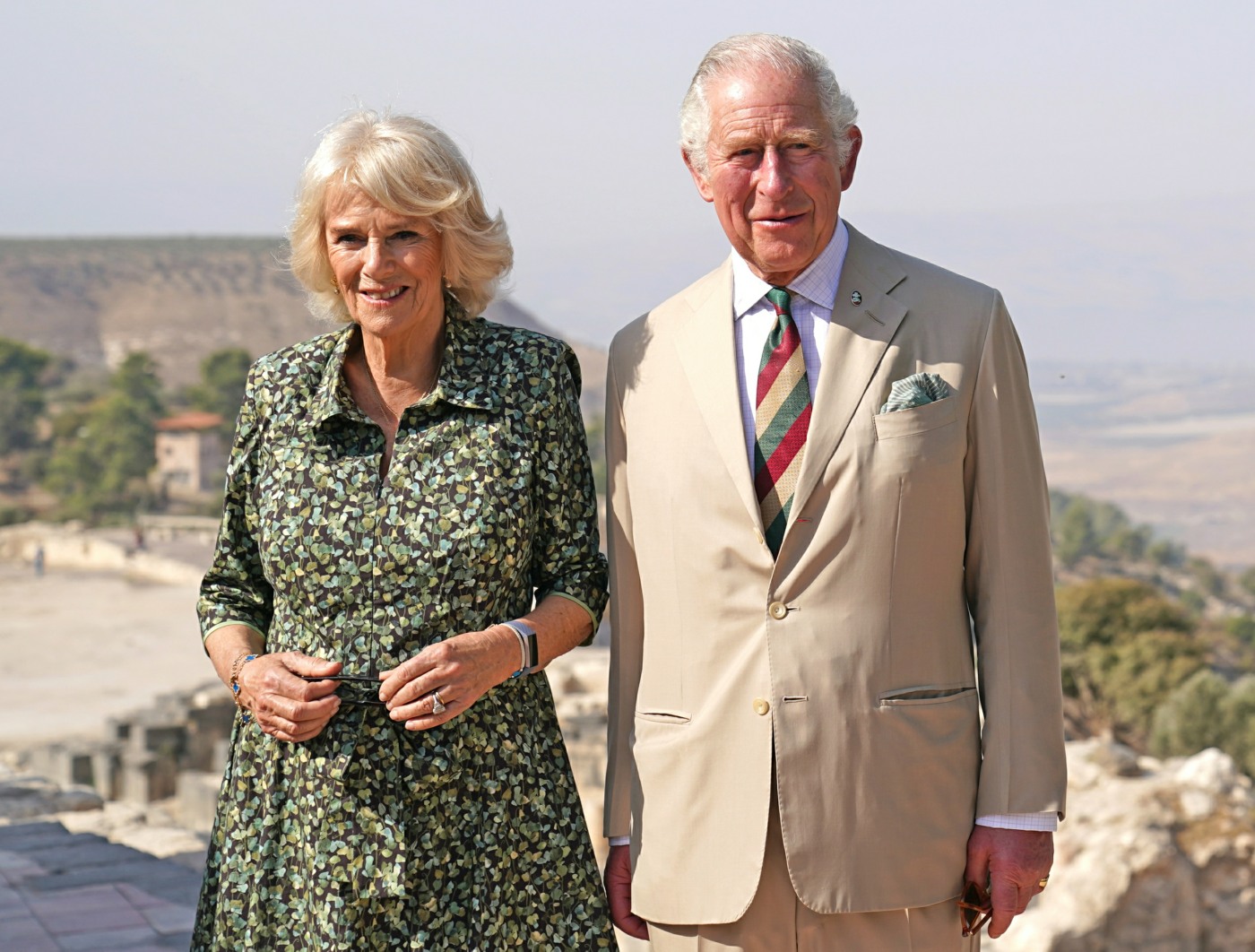 The Prince of Wales and Duchess of Cornwall are in Jordan throughout the week. They did the formal arrival photo-op yesterday, and then one of their first events was a journey to the River Jordan, a holy site recognized as the location where Jesus was baptized. For Charles and Camilla, it was a simple pilgrimage to one of the holiest sites in all of Christianity, right? Well, not just that: they also used the moment to collect some water from the river to be used for future royal baptisms.

Meghan Markle’s daughter Lilibet could be baptised with holy water Prince Charles collected from the River Jordan. The Prince of Wales, 73, reportedly asked to bring back the holy liquid yesterday to use for future royal baptisms – and is said to be flying back “five or six bottles”.

Charles and his wife Camilla, the Duchess of Cornwall, 74, dipped their fingers in the river, believed to have been used to baptise Jesus, during a whirlwind trip to the Middle East.

Royal babies are traditionally christened with the water but the act of Prince Charles bringing the water back himself is truly unique. Asked about members of the Royal Family being baptised with the water, the Director General of the Baptism Site, Rustom Mkhjian, told the Daily Mail: “This time the Embassy people asked for a few dozens [bottles] of Holy water and we provided them with five dozen, six dozen, prior to this trip.”

He said he was not aware exactly who they would be used for, explaining: “I didn’t know, I didn’t want to ask. But they said we wanted it for children to be baptised later on. Future baptisms, yes.”

A senior royal aide confirmed that the water had been collected and would be flown back to the UK on the royal flight. A royal source also confirmed the prince had received the water which was destined for a future royal baptism.

On whether the holy liquid would last, Mr Mkhjian added: “It is pure water blessed from the spot where Jesus was baptised. It is holy and blessed from this particular spot in the Hashemite Kingdom of Jordan.”

It is not yet known whether Charles’ water will be used to baptise Meghan and Harry’s daughter Lilibet, whose baptism details have not yet been confirmed. In October a spokesman for Harry and Meghan said nothing had been finalised, despite speculation that they could return to the UK for it, introducing Lilibet to her family and the Queen for the first time. Royal biographer and Editor of Majesty Magazine, Ingrid Seward, told The Sun last month she would be “surprised” if the couple opted for a Stateside christening. But a palace source told The Telegraph: “There will not be a christening in the UK. It is not happening.”

Other royal babies set to be christened in the near future include Princess Beatrice’s new daughter, Sienna Elizabeth, as well as Princess Eugenie’s son August Philip.

Yeah, my first thought wasn’t Lilibet’s baptism, it was for the York princesses’ children, both of whom were born this year. Neither August nor Sienna has been baptized yet and now I’m wondering if the delay is less about Covid and more about how the Windsors might have run out of Jordan River water. While I understand the religious aspect of this, I always wonder if the UNESCO people and the Jordanian authorities kind of rolled their eyes, like “yeeesh, of course they couldn’t even bring their own BOTTLES??” Also, I had no idea that people could just request bottles and water from the holy site. I learned something today. 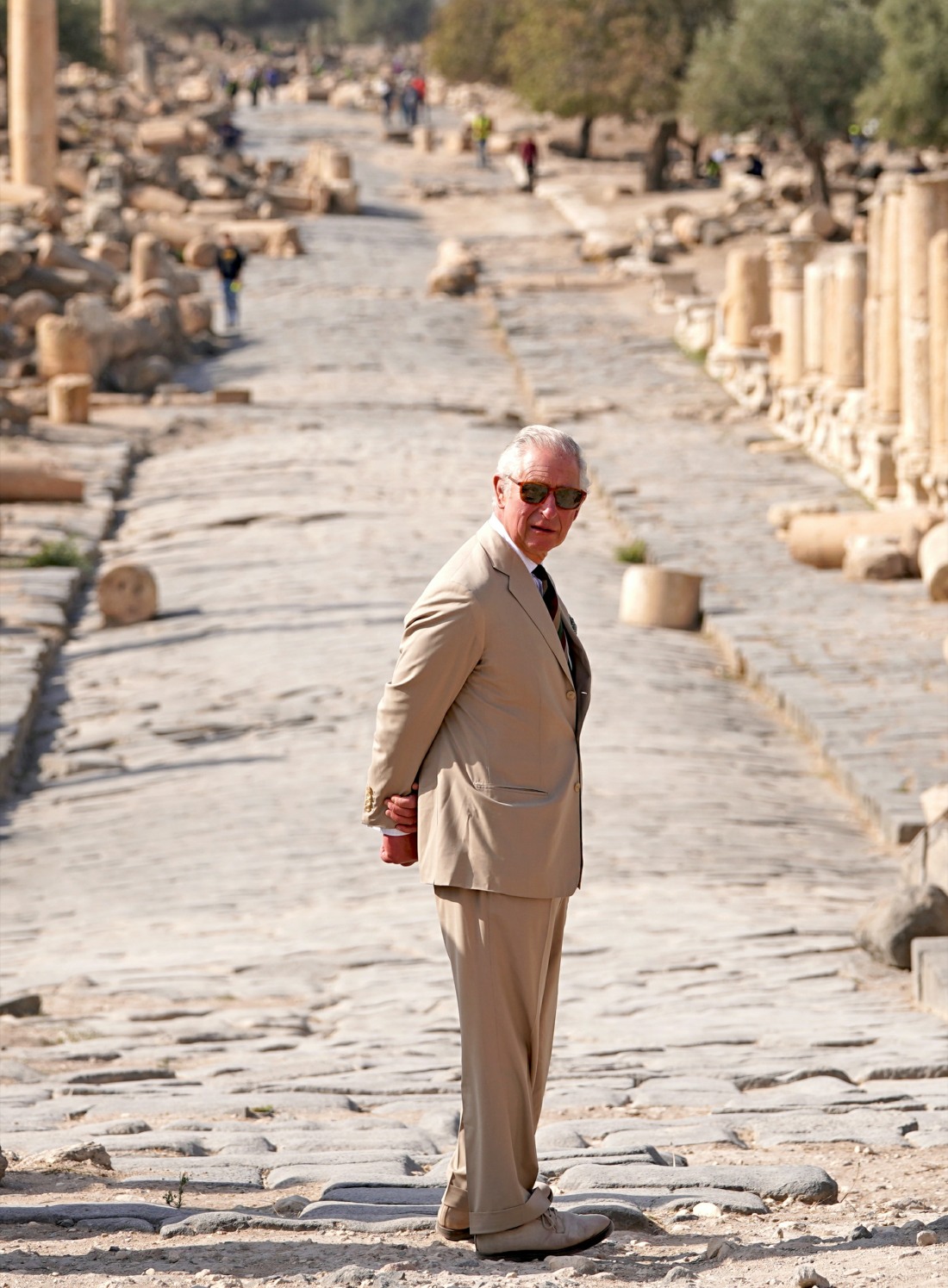