Duchess Meghan: Archie is still ‘adjusting’ to being a big brother to Lili 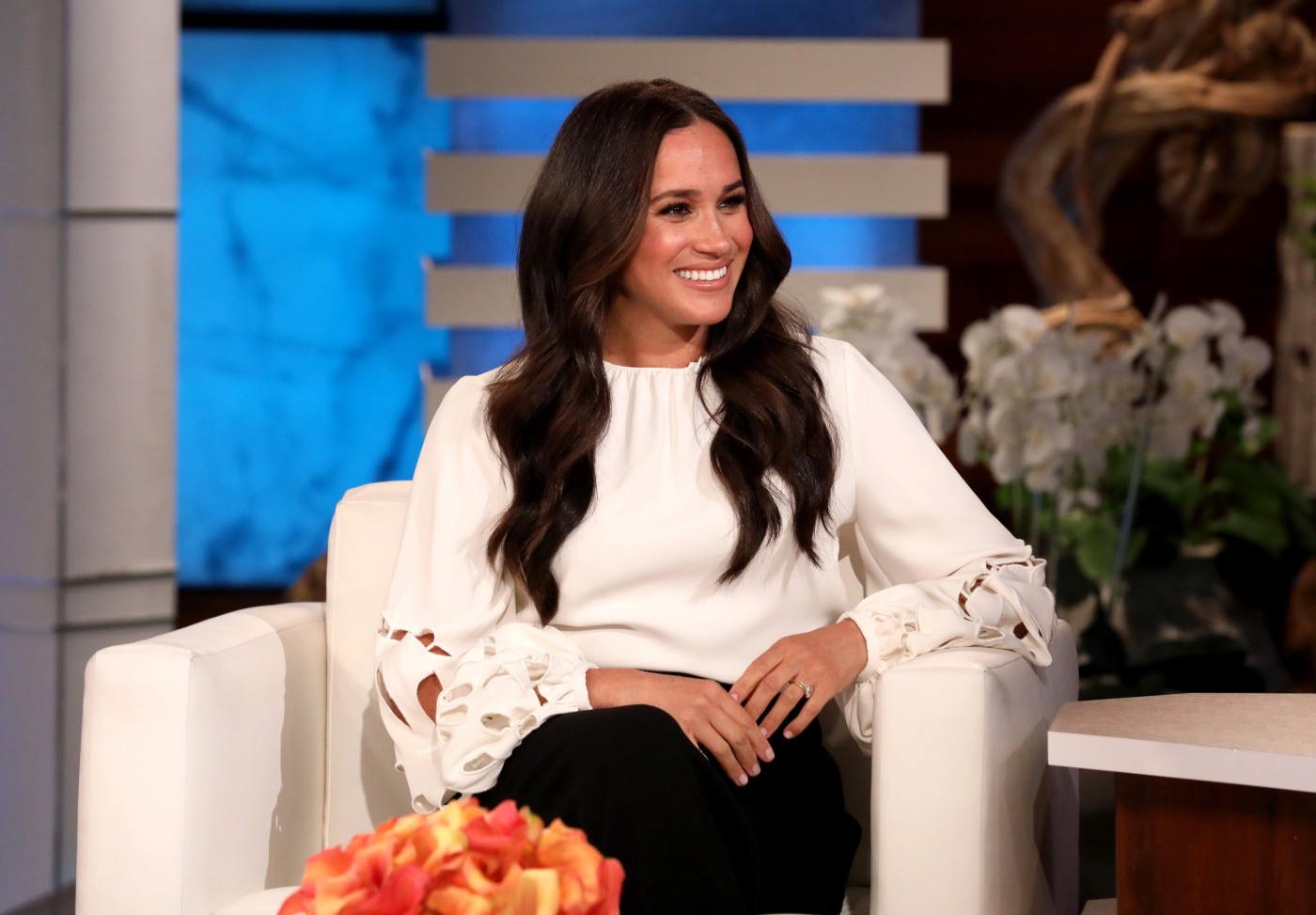 Having watched the Duchess of Sussex’s big interview on The Ellen Show, I came away knowing for sure that she is exactly the nerd-princess we’ve seen for years. That’s just who she is: dorky, earnest, wholesome, a total cheeseball. I think that was the point of Meghan doing the Ellen interview – once again, a reintroduction, but this is who she’s always been. It doesn’t matter that Ellen DeGeneres didn’t ask any penetrating questions – that’s not who Ellen is and that’s not why Meghan was there. This wasn’t even a “rebrand.” This was Meghan saying “I’m still me, I’m still this person, a cheeseball who does silly pranks and makes Mom Jokes.” Here are some quotes from the interview which we had not previously covered:

On having two kids: Archie “loves being a big brother” but he’s still adjusting to not being an only child. Meghan said:”I think it’s just, everyone tells you — well, someone told H and I: ‘When you have one kid it’s a hobby, and two children is parenting.’ Suddenly we realized, ‘Oh, right.’ Everyone talks about what it’s like for the second child, but no one talks about the adjustment for the first child when the second one comes along. So I think they have this moment of, ‘Oh, this is fun. Oh, this how it is now.’ ”

Harry looooooves California: “He loves it…we moved here during lockdown, exactly when things shut down, so we’ve just been able to spend a lot of time at home and creating our home, but I think it’s just the lifestyle and the weather is pretty great. But we’re just happy.”

She’s cooking for Thanksgiving: “I love to cook. We’ll be home and we’ll just sort of relax and settle in. It’s our second Thanksgiving at home in California, so it will be nice.”

On paid paternal leave: “I think people truly forget or don’t even know, it’s one of six countries in the entire world and the only wealthy nation in the entire world that does not mandate and have federal paid leave program. Everyone knows how hard it is in those first few weeks, if not months, to be together as a family and the fact that we don’t offer that here is something now as a mom of two I will do everything I can to make sure we can implement that for people.”

It was breezy on purpose and she was given the space to talk about paid parental leave and The Bench, which is why she was there. She also made it sound like she and Harry both love the Montecito Lyfe, and she’s probably cooking a lot for H and Archie. She and Ellen also made a $25,000 donation to Brittany Starks, a single mom who started a non-profit, A Twist of Greatness (video below). There was also a really, really awkward “prank” where Meghan wore an earwig and had to repeat everything Ellen said to her in the mic, all as Meghan chatted with vendors outside the studio. This was cute for a few minutes but the bit went on way too long. Ellen said that Meghan actually requested to do it too. This was where I realized that Meghan truly is the dorky, wholesome theater geek who loved improv.

Screencaps/photos courtesy of The Ellen Show.

235 Responses to “Duchess Meghan: Archie is still ‘adjusting’ to being a big brother to Lili”