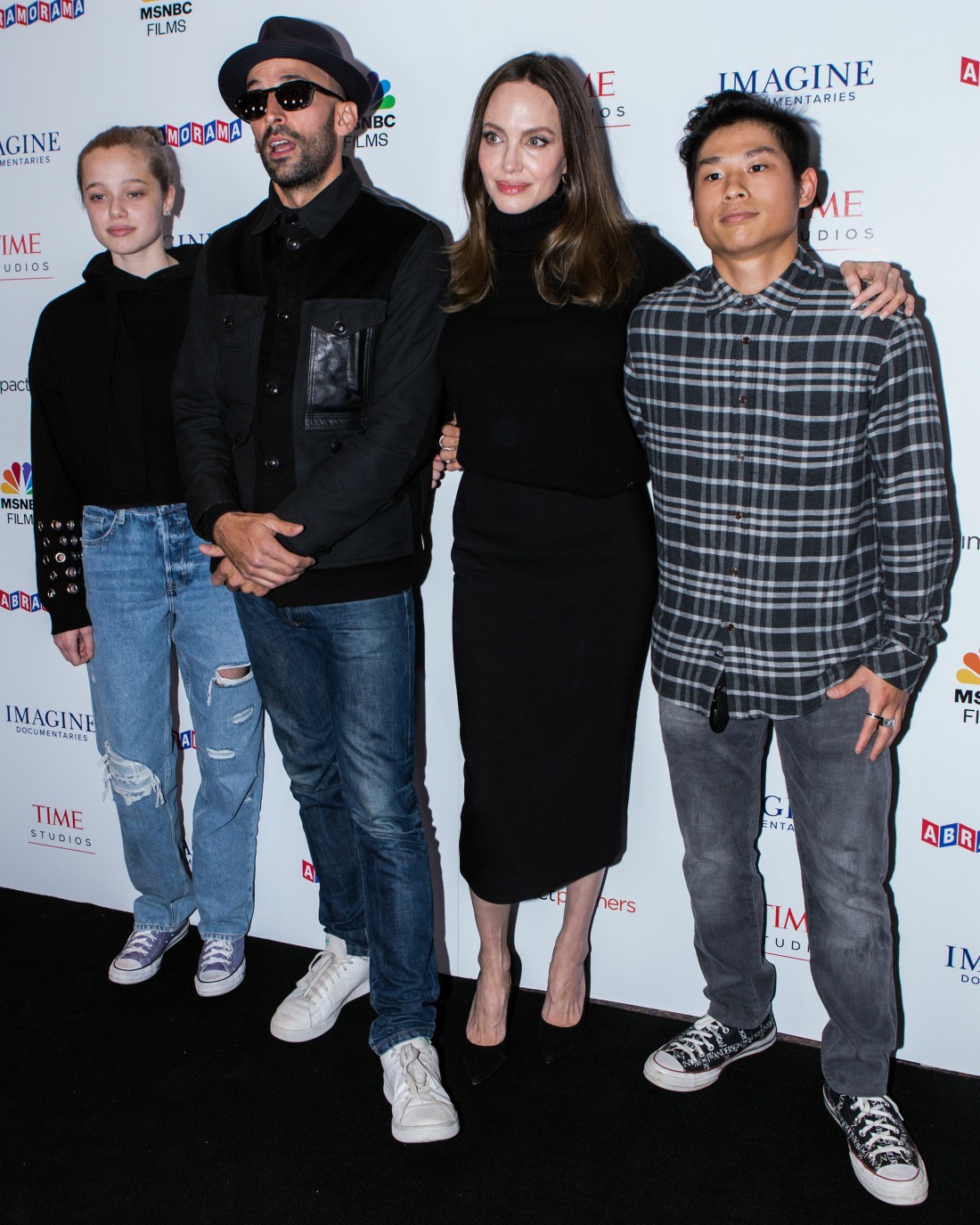 Over the summer, Angelina Jolie took her kids to Europe for some fun, travel and work. During that trip, we kept getting stories and photos of Jolie with her friends. She ended up hanging out with Chinese artist Ai Weiwei, Prune Nourry and JR. JR is a “street artist” and he took many photos of Angelina (mostly posted to his IG Stories) during the trip. A nice time was had by all, and I halfway wondered if JR’s photos would end up in a magazine editorial as Jolie promoted The Eternals. That didn’t happen! Instead, I kind of wonder if Jolie turns up in JR’s documentary, Paper and Glue: A JR Project.

Last night, Paper and Glue: A JR Project premiered in LA. Angelina attended the premiere and happily posed with JR (who honestly looks like her type). Jolie brought two of her kids, probably the two “artsy” kids, Shiloh and Pax. Pax rarely does premieres with his mom these days, so he must have really been interested in the documentary. Shiloh’s back to her tomboy style. They’re both really good-looking kids. Angelina wore one of her favorite ensembles: a black pencil skirt and a black turtleneck.

Jolie was also seen out a few nights ago in LA – she was apparently attending an evening event for Guerlain (one of her few endorsements), but there were only street photos of her outside the event. I didn’t see anything from inside the event? 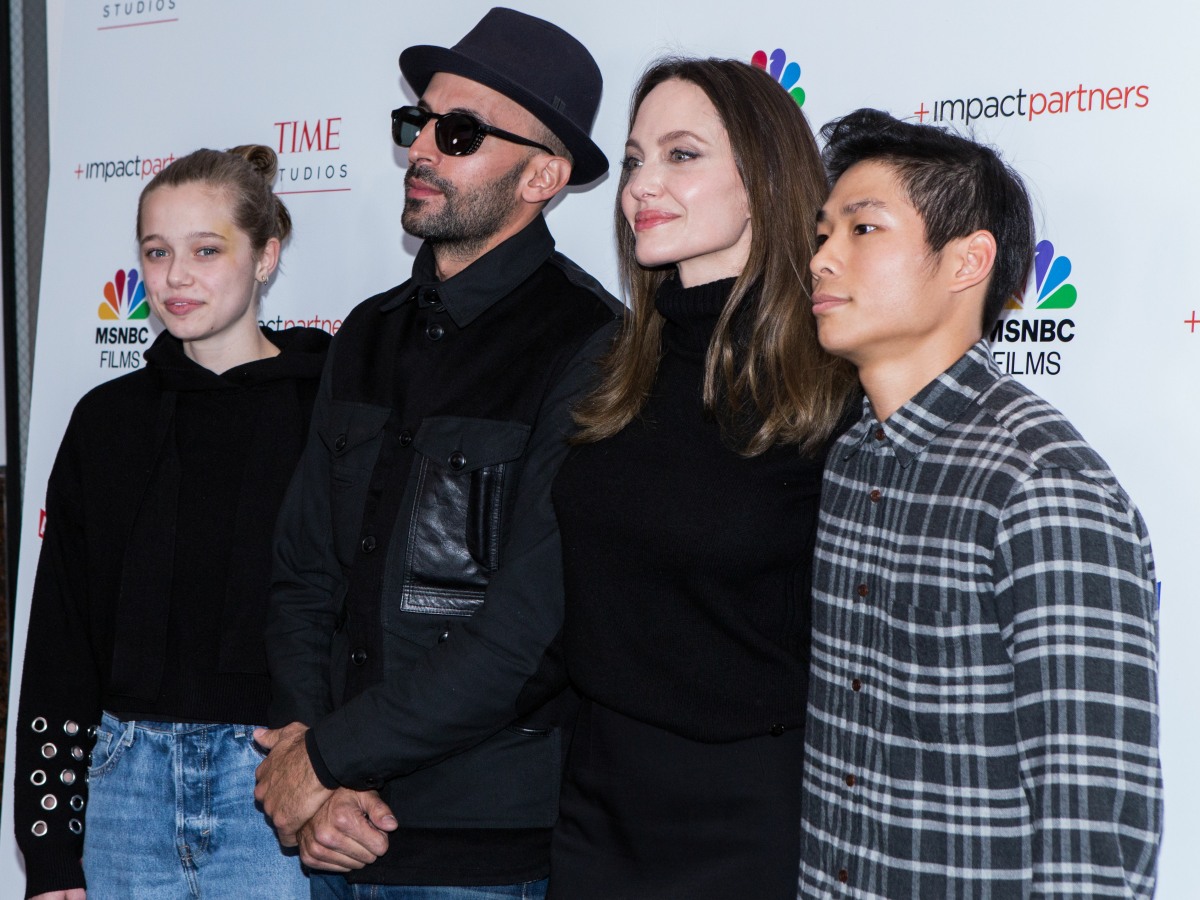 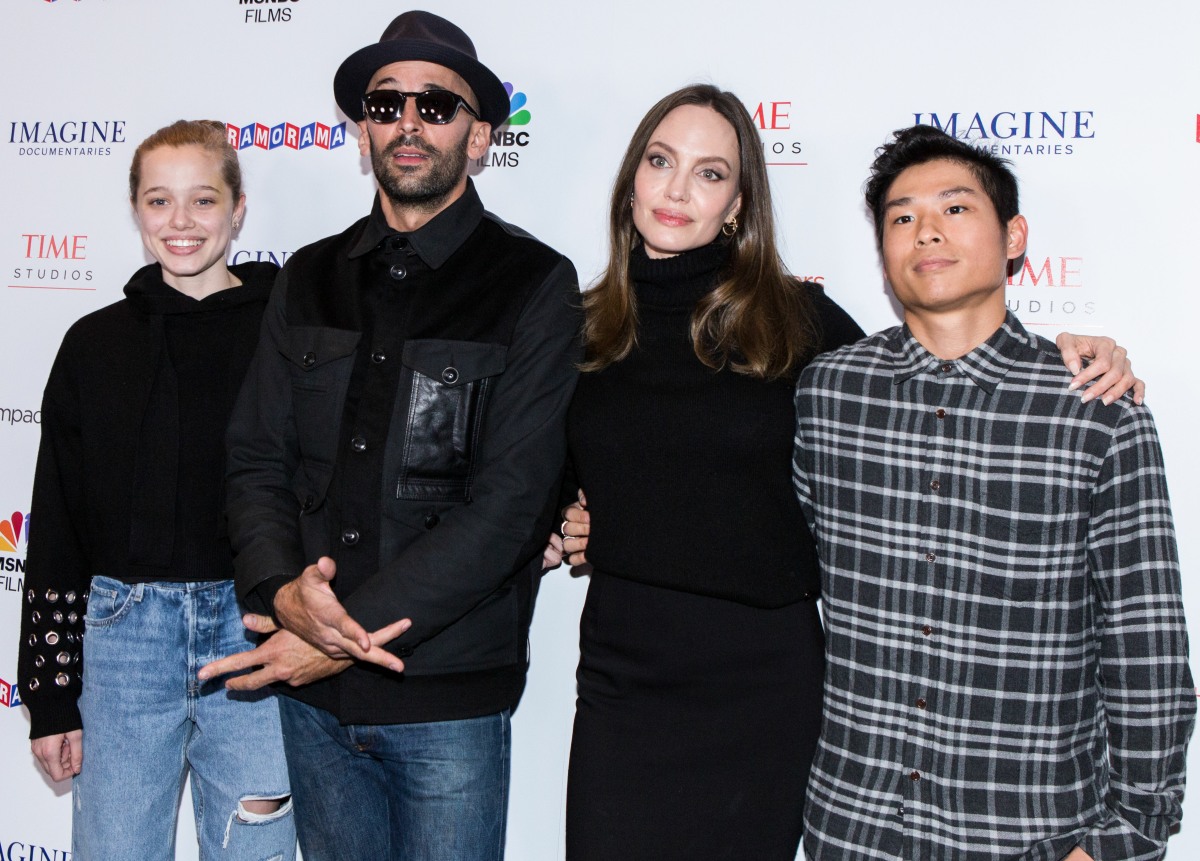 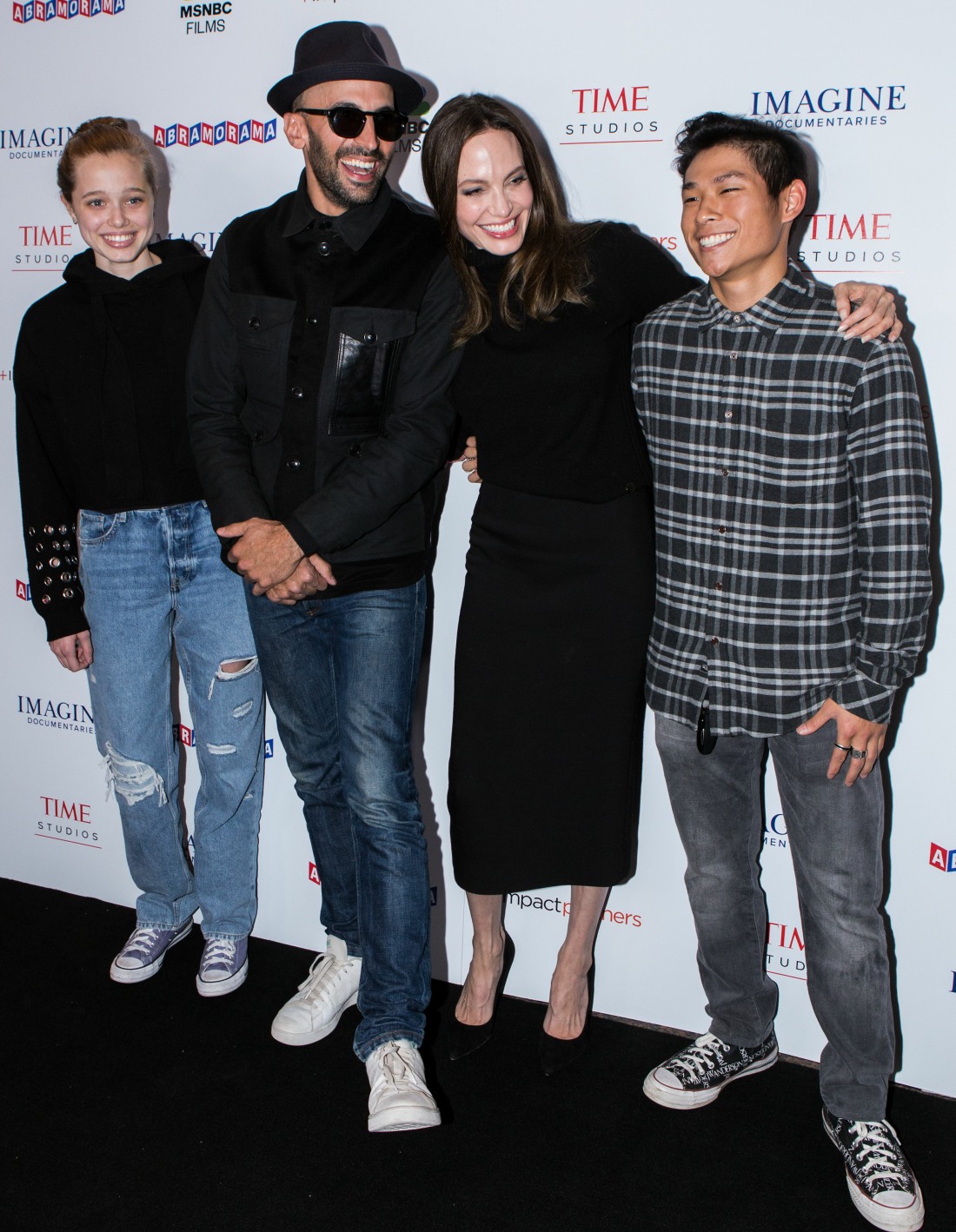