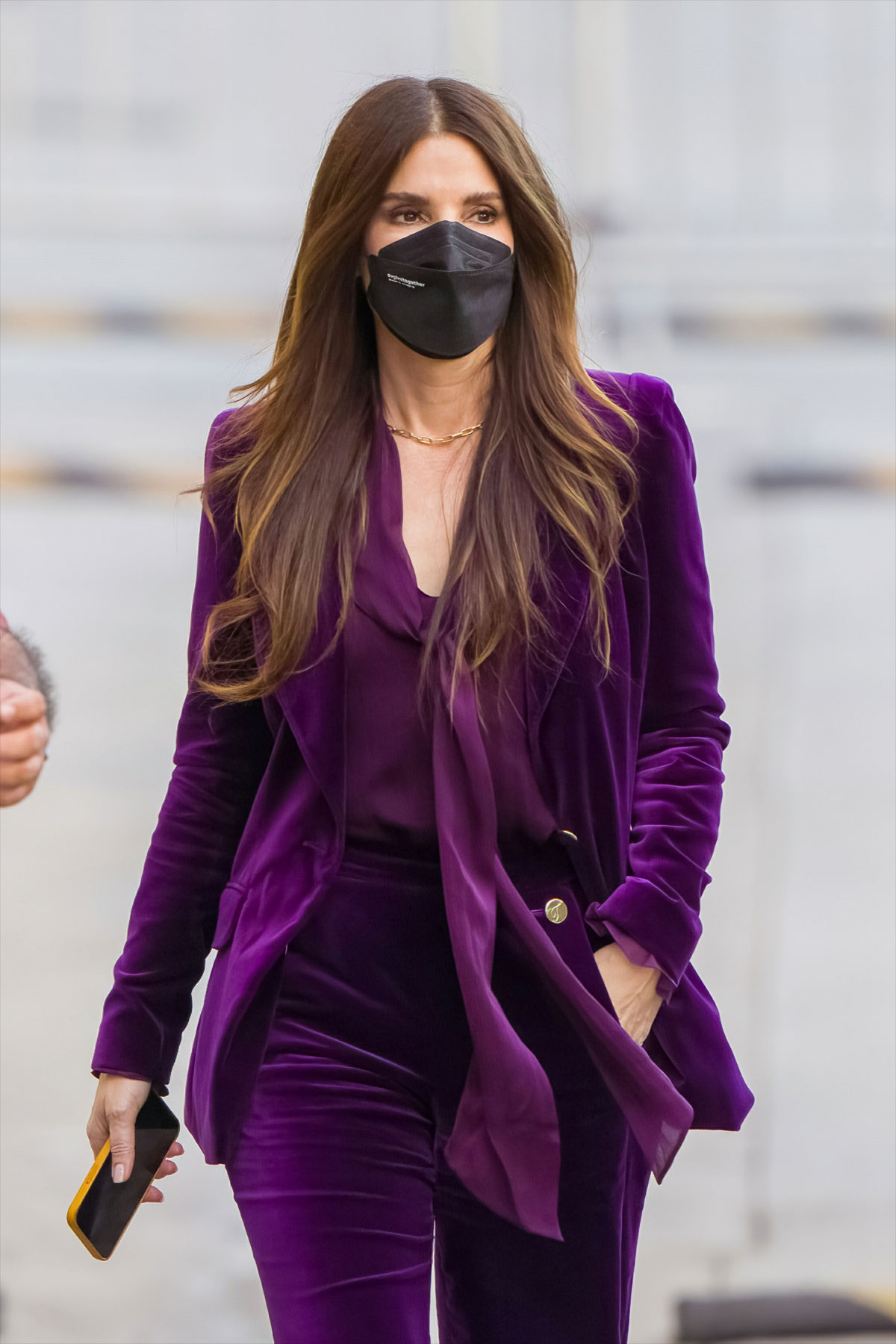 Sandra Bullock is promoting The Unforgivable, which is out in theaters now and is coming to Netflix on December 10th. Vincent D’Onofrio and Viola Davis are also in it! Sandra was on Kimmel and I didn’t realize until I saw her interview how much I missed her. We haven’t seen her since Bird Box, which came out in late 2018, well before we knew how prescient it was. (I haven’t seen it since but I am assuming it will hit differently now.)

Sandra was so charming and funny on Kimmel. She was wearing a fabulous deep purple velvet suit. She opened by explaining that her daughter Laila, 9, has seen Miss Congeniality but that her son Louis, 11, has not. Louis likes superhero movies and loves Spider-Man like a lot of kids with excellent taste. He even advised his mom not to take a job on a non-Marvel movie and she later realized he was right. Here’s some of what she said and the video is below.

On if her kids watch her shows
[Laila] does, Louis does not. I am not his cup of tea. He likes Japanese anime. He’s obsessed with Spider-Man. The whole YouTube fan [stuff].

“There was a rumor that you were going to be in the third Spider-Man movie”
If that were a rumor that my son had heard do you know how much I could get him to do in the house? ‘Mommy do you need any help?’

On if Marvel has approached her
I don’t think I’m Marvel material. I’ve never been approached by Marvel. I was approached for something that wasn’t Marvel but my son said not to do it.

“Was it a DC universe?”
No. It was not in a place that Louis thought I should be. He was right. I saw it when it came out and I went ‘ooh that’s unfortunate.’ He was like six when he asked me not to do it. I forget their ages often… it could have been four, seven or eight.

Louis is 11 now, so this movie which was not DC or Marvel was casting around 2015-2016. Power Rangers the movie came out in May, 2017. I feel like a six-year-old would be able to tell their mom that would be crap. Other than that I got nothing. Louis sounds so much like my son! He is also opinionated, has always been bright for his age and loves Spider-Man. Spider-Man is the best superhero.

After that Sandra told a cute story about working at a restaurant and quitting when she was told she had to return a big tip. She also said she loves true crime shows, but only when the killer is already caught and it’s not a cold case. In The Unforgivable she plays a woman who gets out of prison after serving 20 years for killing a cop. On Kimmel she spoke so eloquently about how the prison system traps people who are desperate and poor. You could tell she empathized with her character. I’m really looking forward to The Unforgivable and I’m betting she gets some nominations for that. Viola might too! 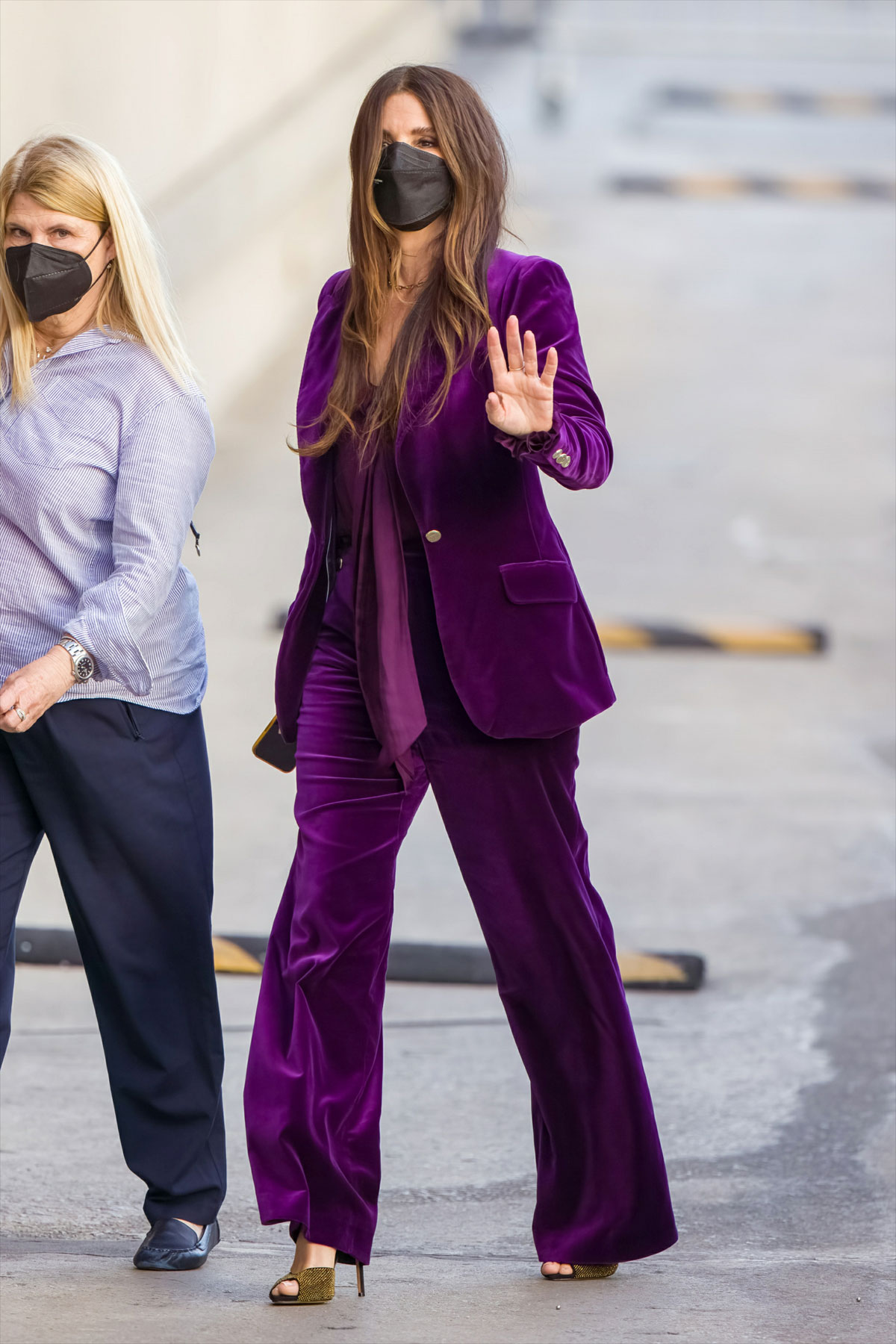