Tiffany Haddish and Common split: are ‘too busy for a serious relationship’ 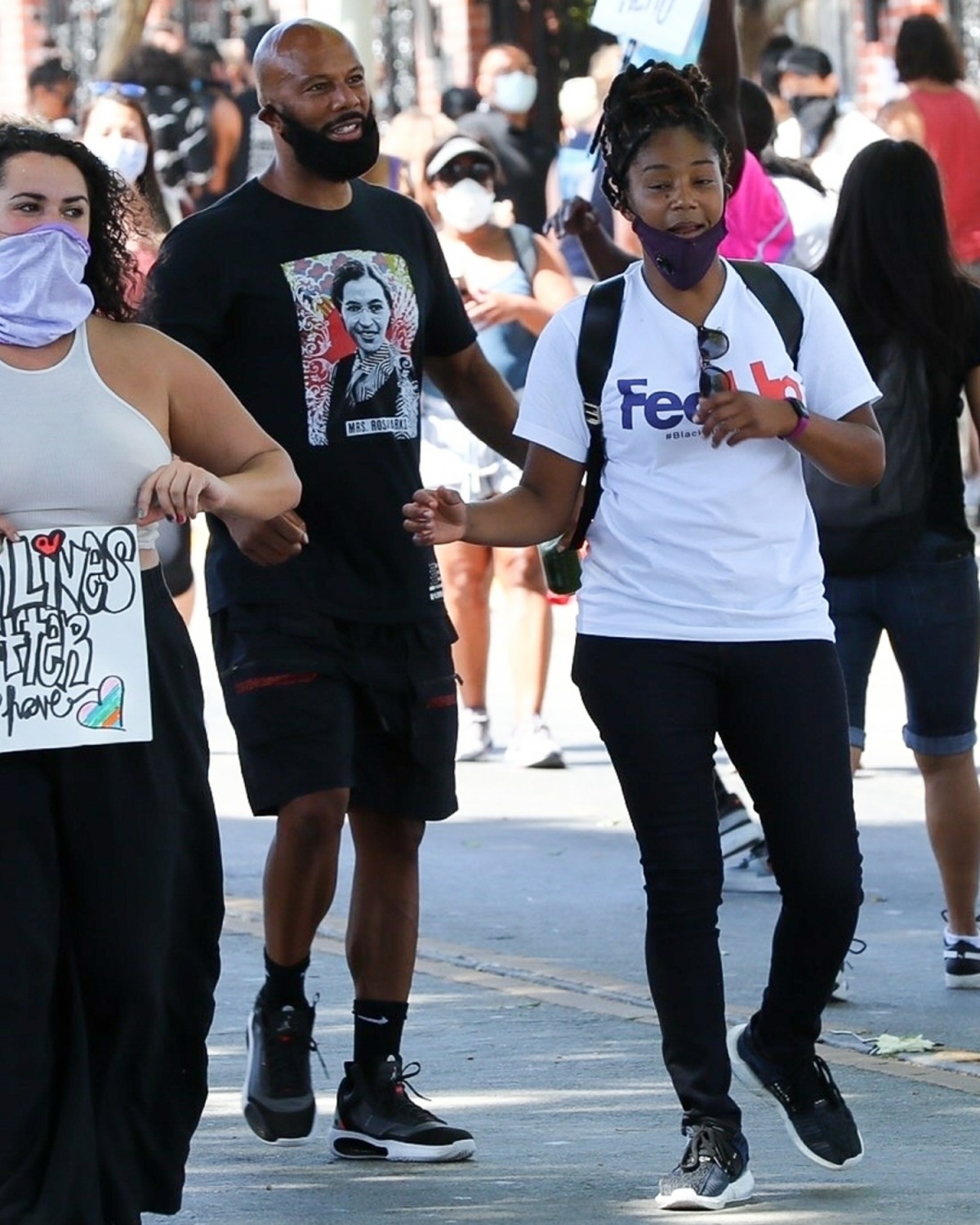 Last year Tiffany Haddish found herself in an entanglement with hip hop’s most eligible bachelor, the Black George Clooney (before Amal), Common. Tiffany was extra AF when she confirmed back in August 2020 that she and Common were a couple, said she loved him and added that they both had been tested before doing the horizontal. Tiffany seemed more enthusiastic about their relationship than Common, which was a red flag for those of us who have been following Common for years. Two months later, we heard rumors that they had broken up because they unfollowed each other on the Gram. Tiffany denied that a few days later. Maybe there was something to those early rumors because a source told People that the two have recently broken up. The reason given was that they were too busy for a relationship. The source stated that Tiffany and Common are rarely in the same city and therefore couldn’t keep the fires burning. A few highlights from People:

“They are never in the same city together and both of them are just too busy for a serious relationship,” the source says.

Their split comes over a year after Haddish revealed she and Common were dating in an interview with Steve-O on his podcast Steve-O’s Wild Ride in August 2020.

“I am in a relationship,” the Girls Trip star, 41, said before confirming she was dating Common, 49.

“Yeah, we’re twins now,” she joked at the time of their similar shaved heads.

The two met on the set of the 2019 film The Kitchen where they became friends, Haddish told Steve-O.

She added that at the time it “wasn’t anything sexual or anything like that because my eyes were set on something else.”

Listen, when all of this came out I was concerned about how hot and enthusiastic Tiffany was about her budding relationship with Common. Common is a lover and I didn’t expect him to behave any differently with Tiffany than he had with all of the other women he had had relationships with. It was cringey watching Tiffany talk about how she loved Common while Common was saying that he “cared” for her. I knew then that it wouldn’t last long. Women mess up when we think we have magical vaginas and guys will change when WE date them. It has been common knowledge that Common’s (pun intended) past behavior shows that he prefers short term (1-2 years) situationships. If it were me, I would have went into the relationship just for the sex and bragging rights.

A lot of women have been in their feelings all over Twitter about the dissolution of this relationship and I personally don’t understand why. Common has been like this since the late 90s. He is as consistent in his relationship goals as he is with wearing them damn gray sweaters (I said it). No woman should go into a relationship with Common thinking they are going to bag him. Anyways, I am sure the excuse that they are rarely in the same city and don’t have time for each other is convenient. However, we are still in a pandemic and work is just now picking up. I know that Common released a new album in September of this year but his last movie came out early last year, so I am not buying it. But that’s none of my business. I hope, despite my feelings towards Tiffany, that she did not get her heart too involved. I hope the next woman in Common’s life knows that the only purpose of being with Common is to have fun and nothing more.

14 Responses to “Tiffany Haddish and Common split: are ‘too busy for a serious relationship’”